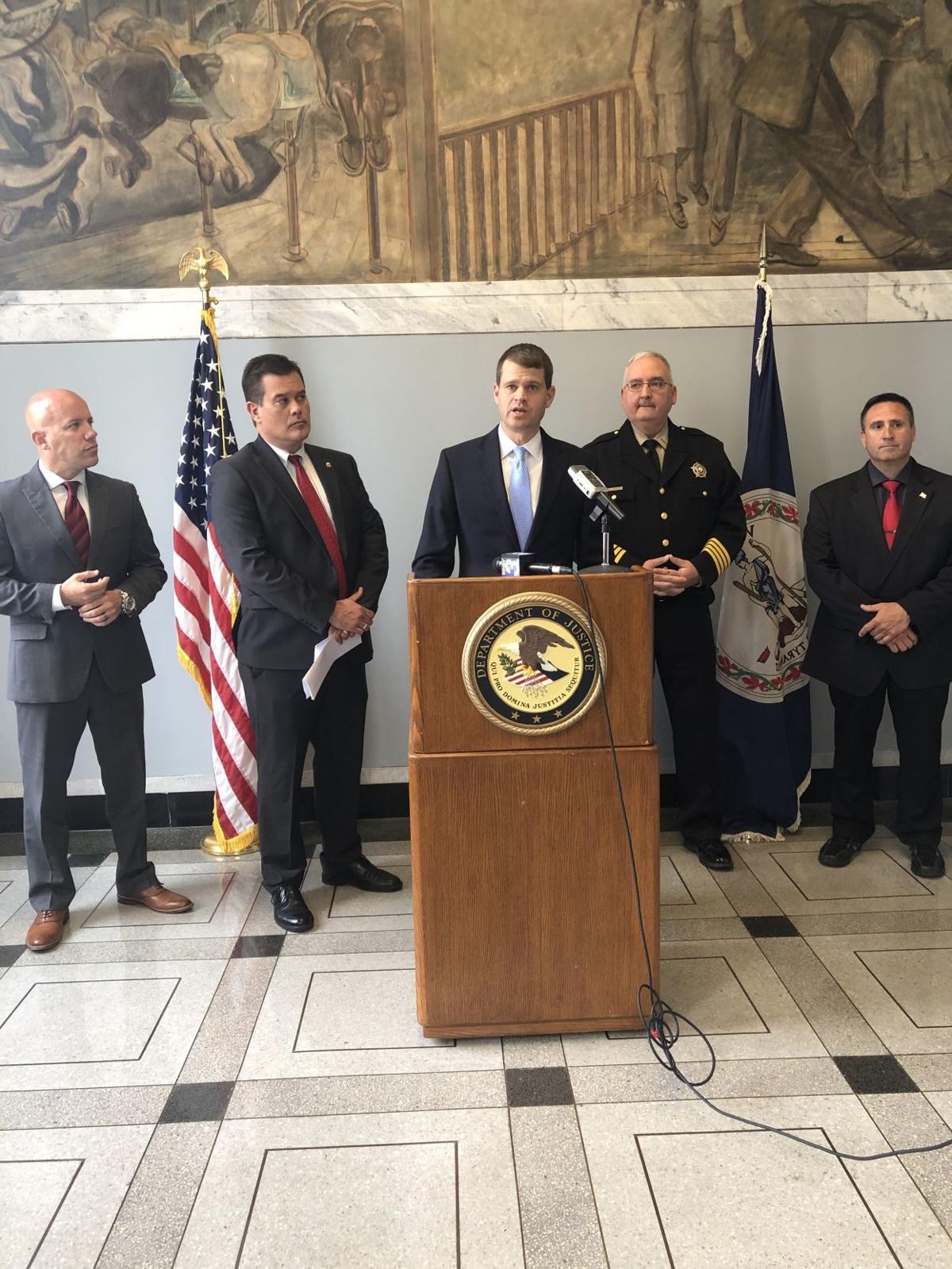 U.S. Attorney Thomas Cullen, center, announces the arrest of five Shenandoah County residents on federal drug charges during a news conference in U.S. District Court in Harrisonburg on May 24. 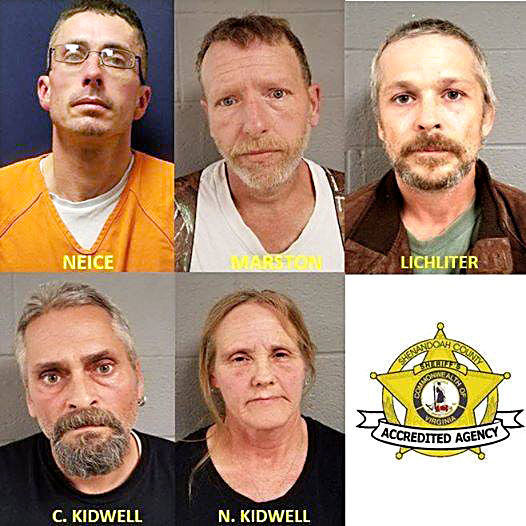 U.S. Attorney Thomas Cullen, center, announces the arrest of five Shenandoah County residents on federal drug charges during a news conference in U.S. District Court in Harrisonburg on May 24.

HARRISONBURG — A federal grand jury indicted five Shenandoah County residents in connection with a Maryland-to-Virginia heroin pipeline that lead to the fatal overdose of a county resident.

The indictments were issued in U.S. District Court in Harrisonburg against Johnathan Dale Neice, 42, and Stacey Allen Marston, 42, both of Woodstock; Craig Allen Kidwell, 52, and Norma Lynda Kidwell, 54, both of Mount Jackson; and James Harold Lichliter, 52, of Maurertown.

Lichliter, Marston and Neice are charged with felony distribution and possession with the intent to distribute resulting in death and serious bodily injury.

Each faces a mandatory minimum of 20 years in prison but could receive sentences of up to life in prison.

U.S. Attorney Thomas Cullen said this case should send a message to dealers in the Shenandoah Valley.

“We now know we have to treat overdose deaths as homicides,” said Cullen, during a news conference Friday at the federal courthouse in Harrisonburg.

He said his office is working with prosecutors, sheriffs and police chiefs in the valley on overdose deaths because of weak Virginia laws that make prosecuting the deaths as murder difficult.

Shenandoah County Sheriff Timothy Carter said he will continue to lean on federal resources to help get drugs out of his county.

“It sends a clear message,” he said. “There are consequences.”

The investigation into the defendants began on Dec. 23, 2017, when police responded to two different locations and found J.H. and J.W., who are husband and wife, suffering from suspected drug overdoses. Federal prosecutors haven't released the victims' names, only their initials.

J.W. survived the overdose. She told officers that Neice, a co-worker at George’s Chicken, provided her and her husband with the heroin, according to a criminal complaint filed on Feb. 13.

Neice was then arrested at his home at 242 N. Main St. in Woodstock.

The criminal complaint states Neice got his supply from Marston, also a co-worker at George's Chicken. The deal took place in the poultry plant’s parking lot.

Marston cooperated with authorities and admitted to selling Neice the heroin, the complaint states.

Prosecutors say Marston got drugs from Lichliter, who got them from the Kidwells.

The Kidwells got the fentanyl-laced heroin from a Maryland-based drug-trafficking organization, prosecutors say.

As of Friday, a trial date had not been scheduled.

All defendants, with the exception of Marston, are being held without bond. Marston was granted bond Friday morning.