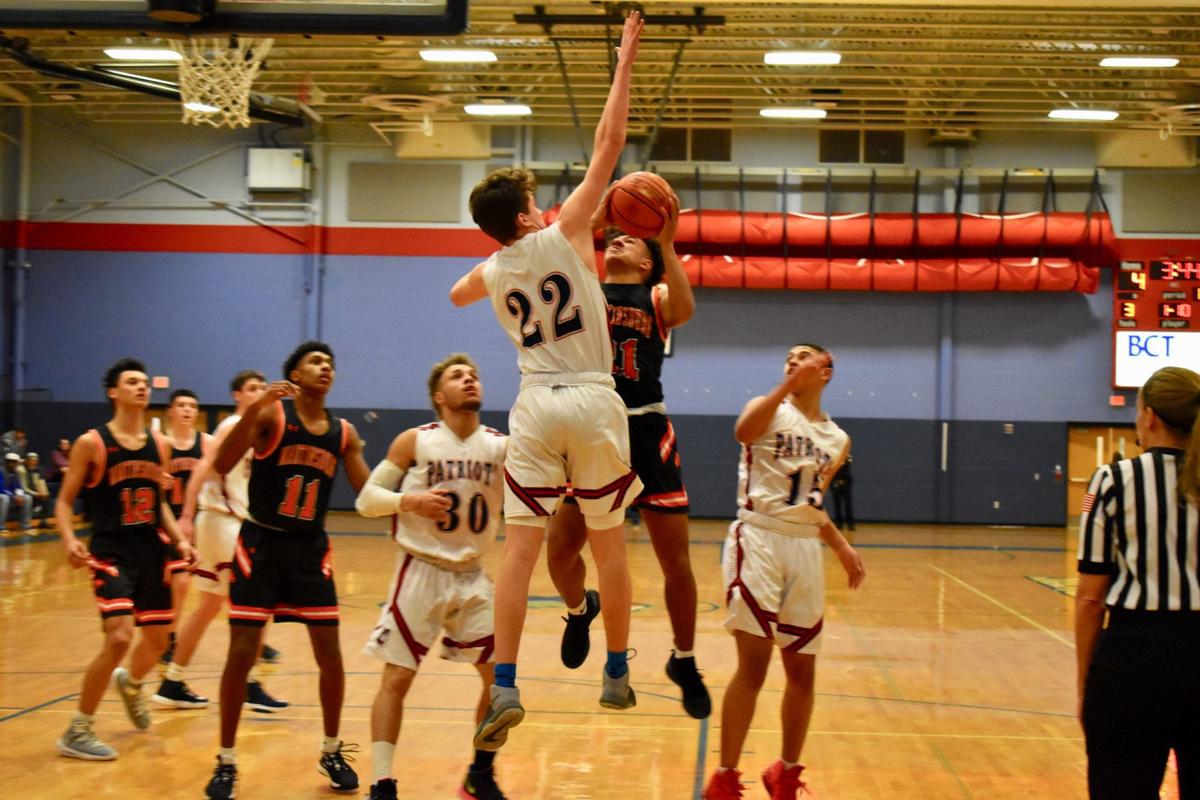 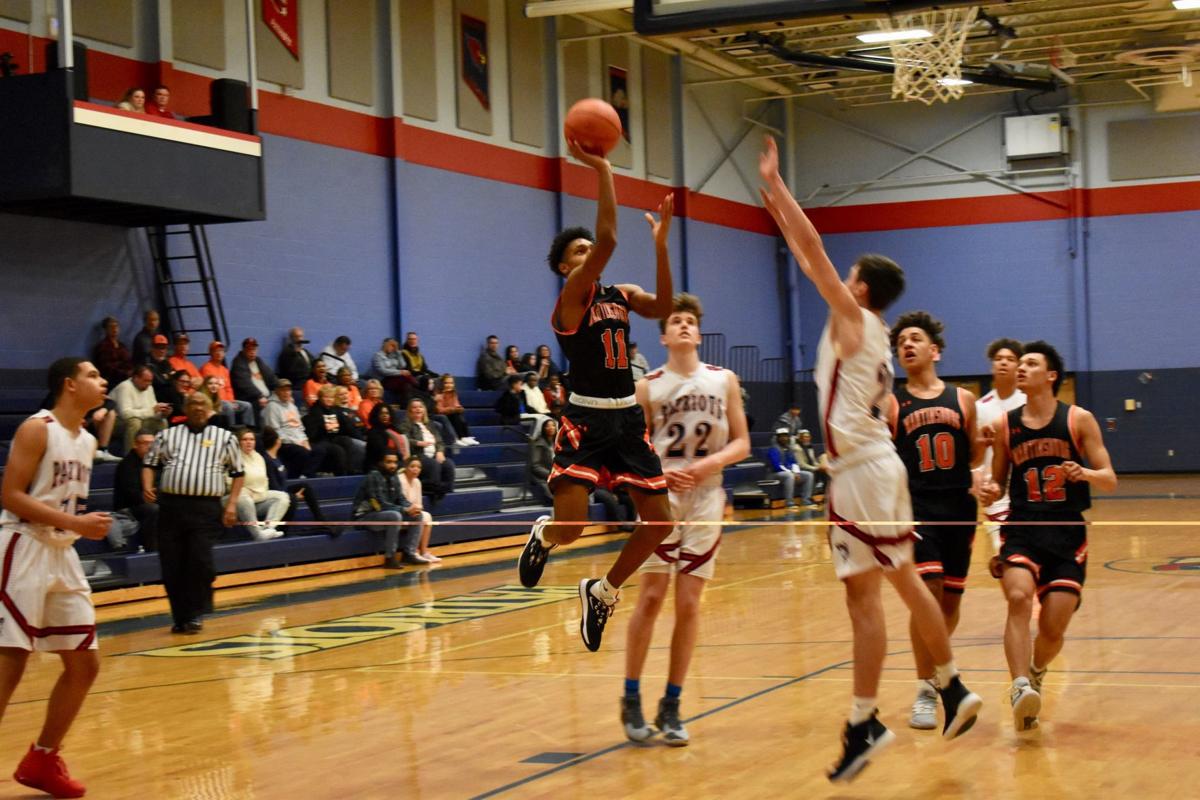 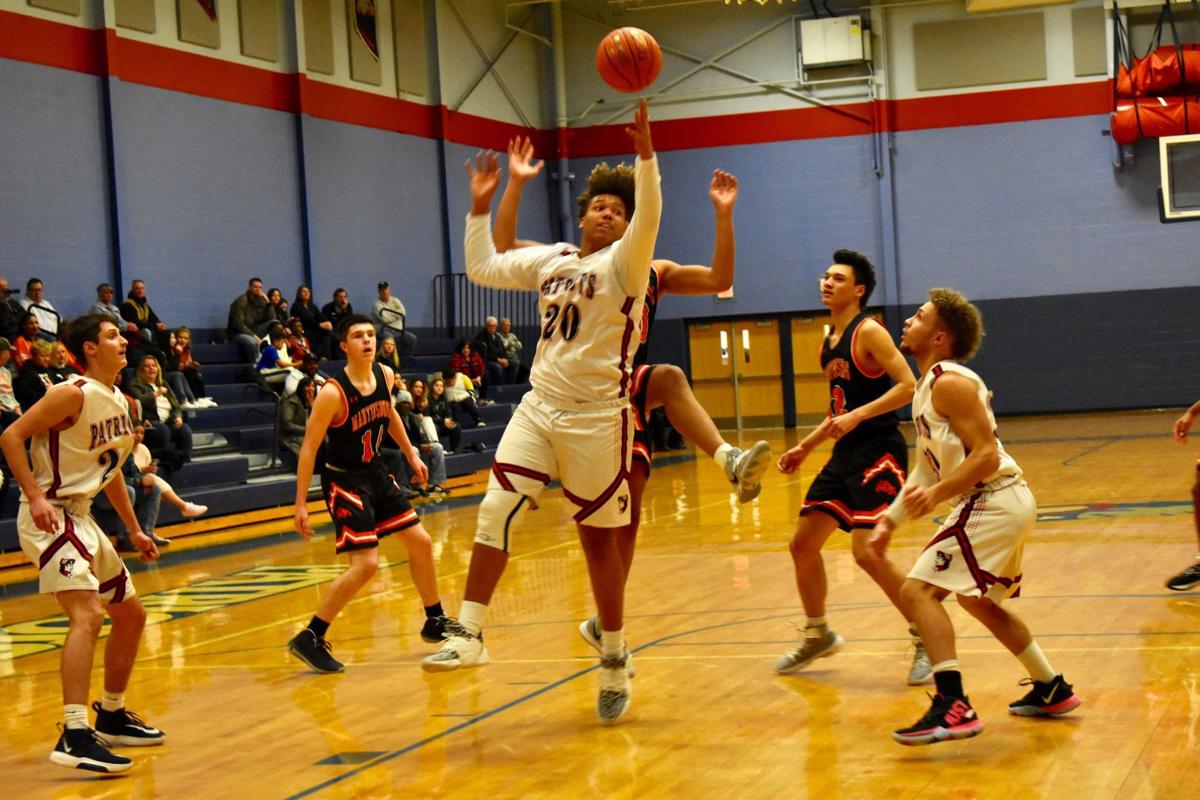 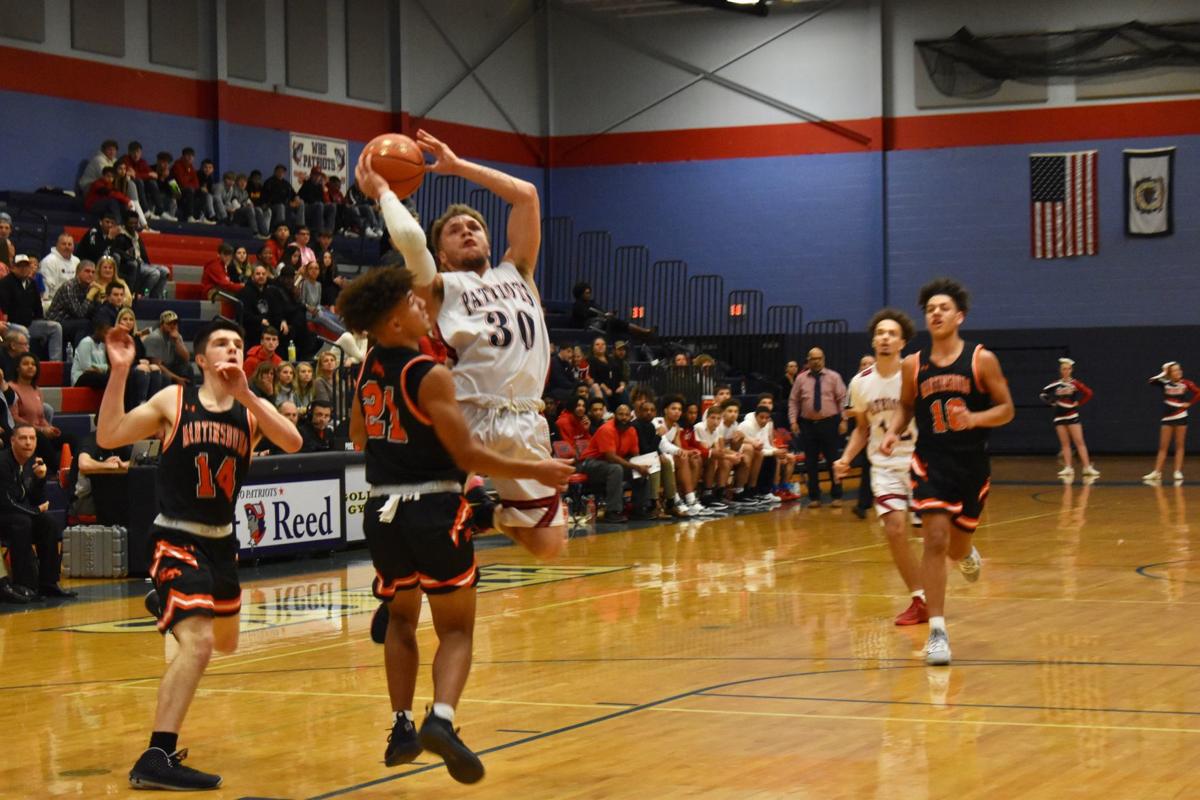 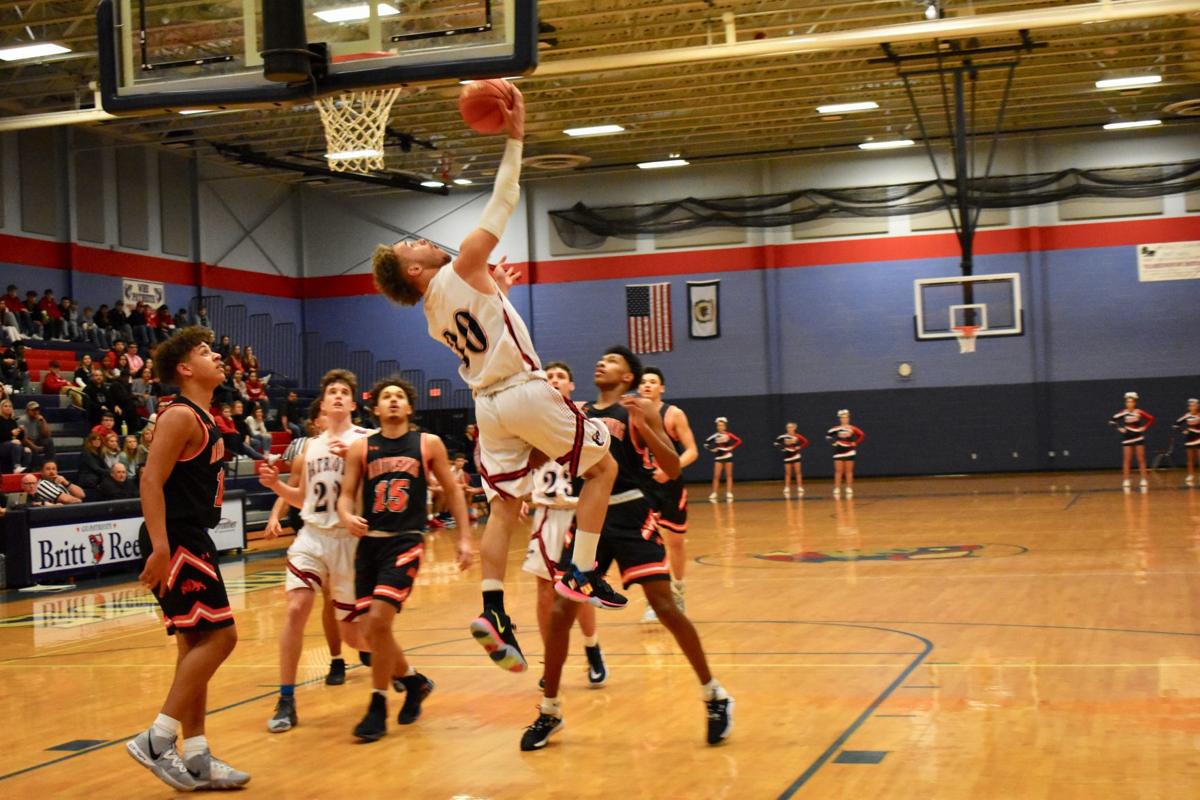 CHARLES TOWN — If you ask Martinsburg boys basketball coach Dave Rogers, there’s definitely some work his team needs. After jumping out to a 20-point lead against Washington on Tuesday, the Bulldogs let the Patriots chip back into the game late. However, Martinsburg managed to hold on for a 72-61 win.

“Well, we won the ballgame. That’s a good thing,” Rogers said. “I thought our defense was totally horrible. Ten, 12 straight times down the floor, we gave up defense, back-door cuts. That can’t be, but offensively, we did some good things. We got to the basket; we rebounded the ball. Telryn (Villa) got on the glass, and Anthony (Smith) started us out really hot, under control. I thought he did a good job running the show. But we’ve just got a lot to work on.”

A 10-0 run midway through the first quarter helped the Bulldogs take an eight-point lead, 12-4, as Doryn Smith and Anthony Smith led the way in the stretch. Anthony Smith was key in the first eight minutes with three 3-pointers and 12 points as Martinsburg pulled ahead 18-13 at the end of the first period.

A 3 from Danny Moylan to start the second quarter helped Washington chip into its deficit, but six baskets and 13 points from Villa in the quarter pushed the Bulldogs to a 38-24 lead by halftime.

“He’s a jumper, and really, he jumps so well that all he needs to do is turn, pivot and shoot,” Rogers said of Villa. “He doesn’t need anything else, and when he keeps it simple like that, he’s very effective. When he starts doing a lot with the ball on the floor, you’re in such a crowded area that sometimes it doesn’t work out the way you want it to work out. He rebounds well for us, and he plays hard.”

Jaylen Wright paced the Patriots with eight first-half points, six of which came in the second quarter as Washington tried to stay in the game.

Trading baskets through the majority of the third quarter, the Bulldogs maintained a roughly 14-point lead. A putback from Ronald Jackson and a pair of foul shots from Wright briefly pulled the Patriots within 12, but a 6-0 Martinsburg run in which Villa scored four and Teddy Marshall two gave the Bulldogs 54-36 lead. A 3 and bucket from Garrett Staubs pushed that Martinsburg lead to 21, and the Bulldogs held a 59-40 lead going into the final eight minutes.

Despite playing a limited number of players on the night and Villa lighting up the board, the Bulldogs really showcased the depth of the starting five, showing selfless play and skilled shooting from all five.

“We only played about six guys tonight, but they all can score. I thought Garrett did a wonderful job,” Rogers said. “Garrett does little things that the general public will not see for basketball that show up for us, helping his teammate, maybe helping out where he really doesn’t need to be, but he’s there to help.”

Again, it was back-and-fourth scoring, Martinsburg maintaining a roughly 20-point lead the majority of the fourth quarter. However, with just a few minutes remaining, the Patriots came alive, sparking a 16-7 run to pull within 11. Jaylen Pooler and Davian Carr hit back-to-back baskets to get things going, and Wright drained a pair of 3s during the stretch. Moylan capped the run with a pair of baskets, but the Bulldogs were able to hold on for the win.

Villa led all scorers with 29 points, while Anthony Smith added 16. Wright paced the Patriots with 26 points, and Moylan had 13.

“We’ve just got some things to work on. Here’s the key: no matter who we play, we’ve got Bulldogs written on our back and we take everybody’s best shot,” Rogers said. “I’ve seen Washington a couple times, and I thought they did a good job tonight with us.”