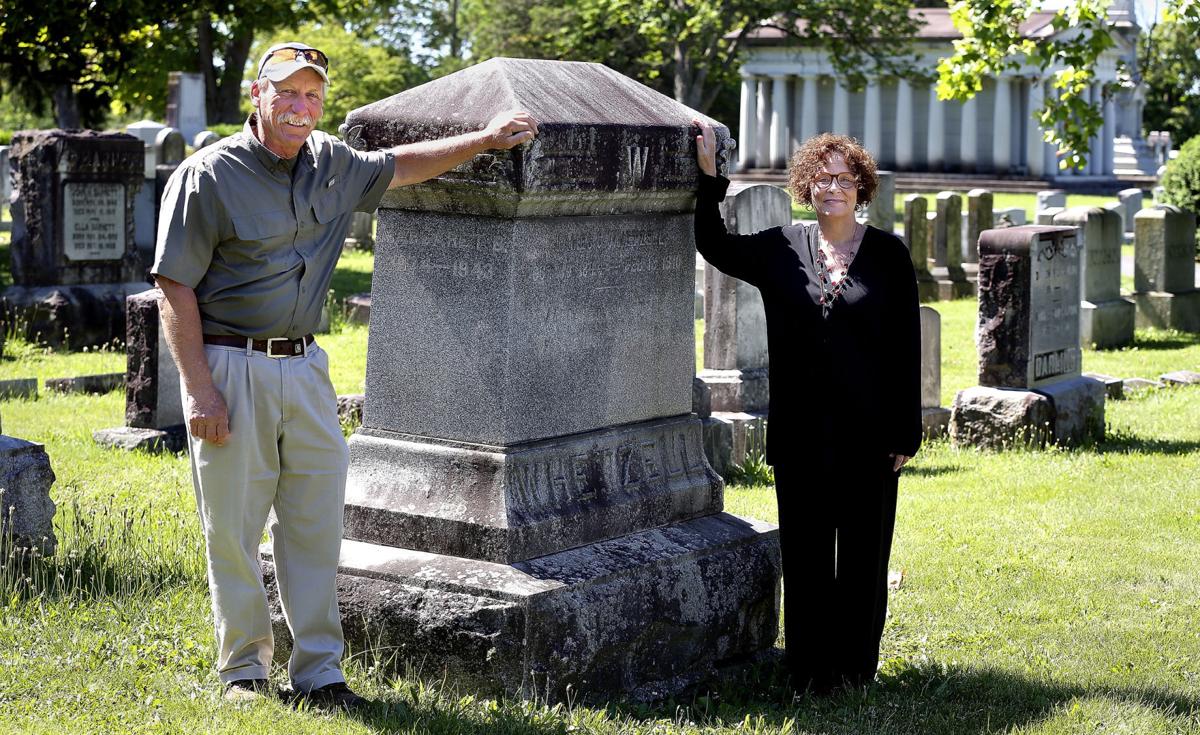 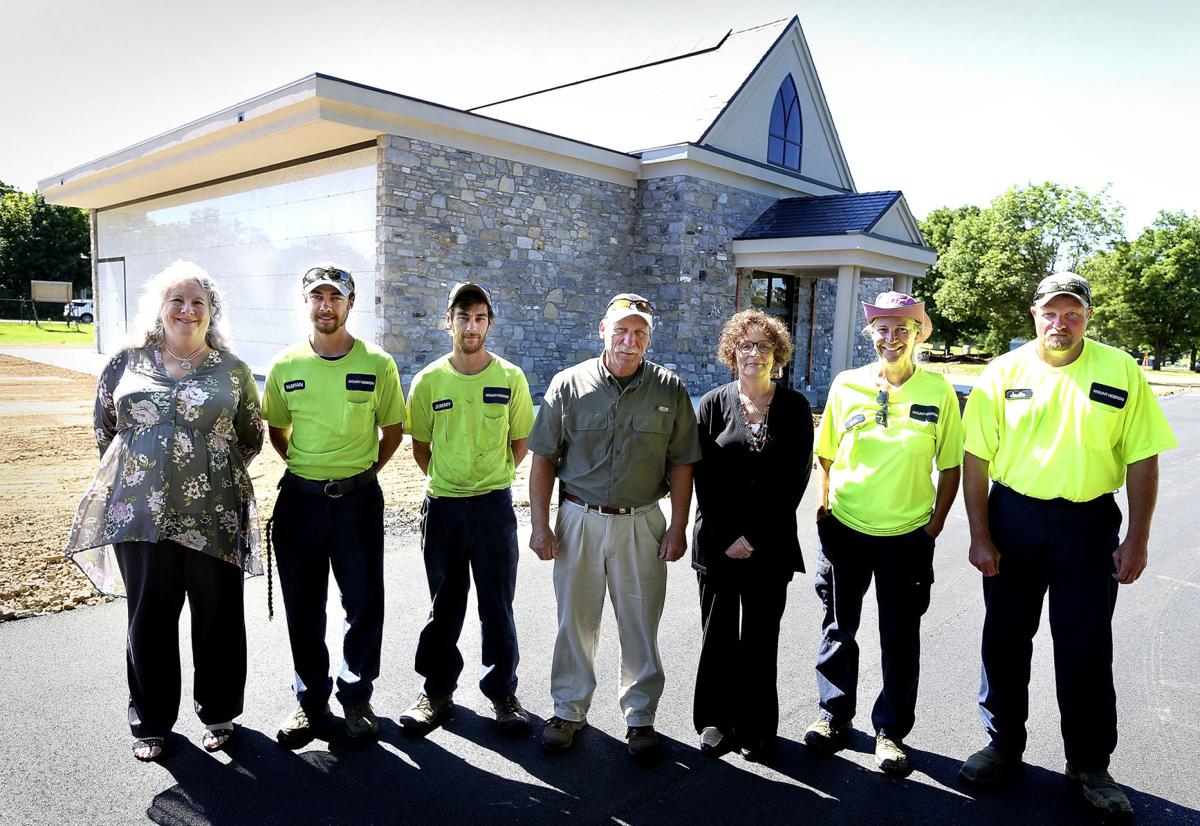 Jim Coots has taken over as superintendent of Mount Hebron Cemetery, filling the role vacated last year with the retirement of Donald E. Shade. Ginger Killings is the cemetery's new office manager, taking over for Shade's wife, Linda M. Shade, who retired along with her husband.

"It's an absolute honor," Killings said during a recent interview with Coots at the 56-acre cemetery near downtown Winchester.

The Shades had become synonymous with Mount Hebron, with Linda working there for 45 years and Donald for 24. The cemetery's board of directors was so enamored of them that it issued official resolutions on Dec. 10 praising the Shades for their decades of service and dedication.

Their retirements came as no surprise. When Killings was hired seven years ago, it was with the understanding that Linda Shade would train her to become her successor.

Coots, who spent most of his life working in construction, was brought in at the start of 2020 and groomed to become Donald Shade's replacement. Coots said Donald Shade made sure he knew how to do everything at Mount Hebron, from basic groundskeeping to answering questions from the numerous tourists who visit the historic cemetery.

"They left us with a wealth of knowledge," Coots said of the Shades. "They trained us both so we wouldn't fail. We're very grateful."

Now that the Shades have retired, Coots and Killings lean on each other to make sure the cemetery continues to run smoothly. Killings even taught Coots how to sell the stone monuments that mark each grave in the cemetery.

"I had to pester the tar out of her for awhile until I got a handle on it," Coots said with a laugh. "It's pretty complicated, believe it or not. You have to really pay attention when you get the information back from the monument companies because a lot of times it isn't what you're anticipating. You've got to catch all those mistakes."

Killings said there is never a lack of things that need attention at Mount Hebron, "and not everything is black and white."

"A lot of times you just have to make decisions on the fly," Coots said. "When you're in a management position, you can't be afraid to make decisions. If it's right, good. If it's wrong, you can fix it. You can't just sit around and wait."

Mount Hebron has grown from a 5-acre plot to its current size of approximately 56 acres bordered by South Pleasant Valley Road, East Cork Street, East Lane and Woodstock Lane. The cemetery features a stone gatehouse, the ruins of a limestone church that burned in 1854, thousands of individual graves and crypts, and a special section that is the final resting place for more than 2,500 Confederate Civil War soldiers including Lt. Col. Waller T. Patton, a great-uncle to famed World War II Gen. George S. Patton.

Some of the notable people buried in Mount Hebron Cemetery include Revolutionary War generals Daniel Morgan (died 1802) and Daniel Roberdeau (1795).

Apart from its size, Mount Hebron hasn't changed much over the years. Killings said the cemetery's board of directors still uses bylaws that are predominantly the same as they were when they were first drafted in 1844.

"Even the way we do paperwork, internment orders — it's been the same forever," Coots said.

But even at a business whose mission never changes, change is inevitable. Today, Mount Hebron offers a range of modern options for the remains of loved ones including traditional in-ground burials, placements in small columbariums that hold funeral urns, even the use of a "scatter garden" where cremation ashes can be sprinkled onto the ground.

Coots and Killings said they could have one in-ground burial per day for the next 50 years and still have room for more graves at Mount Hebron, but space will eventually run out. To delay that from happening as long as possible, the cemetery is nearing completion of a new mausoleum along South Pleasant Valley Road that will include over 500 spaces for entombments, and Mount Hebron's board of directors plans to build at least one more mausoleum in the next few years.

"That's the future of the cemetery," Coots said. "They're looking down the road for another couple hundred of years."

Even as it looks to the future, the cemetery remains deeply rooted in the past. Coots said there are still people being buried in family plots that were purchased decades ago by their grandparents.

"It keeps going through generations as long as spaces are available," he said about modern-day burials in old family plots. "We might get a phone call today from the great-grandchild of a lot owner."

If space in a family plot remains unclaimed for 50 years, Mount Hebron can reclaim it and sell the plot to someone else. However, Killings said there's no real need to do that right now because the cemetery has plenty of room.

Every grave in the cemetery, be it new or old, is meticulously cared for by Mount Hebron's maintenance crew, which is currently comprised of Justin Hardee, Kate Schindler and Coots's sons, Jeremy and Nathan.

"As far as I know, Kate is the first woman in the 176-year history of this place to work on the outside crew," Coots said. "There's always something to do and there's never enough hours in the day. ... Look in any direction and if you can't find something to do, you're not trying very hard."

Coots, Killings, the cemetery's maintenance crew and family counselor Betsy Johnson pride themselves on ensuring that loved ones are always treated with the highest possible respect in the serene 56 acres near downtown Winchester known as Mount Hebron Cemetery.

"I like to help people," Killings said. "Sometimes these families just need to talk, so I let them talk. They're going through a rough time."

"If you can brighten somebody's day during the worst time of their life, that's OK," Coots added. "That's a pretty good feeling."

For more information about Mount Hebron Cemetery and to access free audio-guided tours of the historic property, visit mthebroncemetery.org