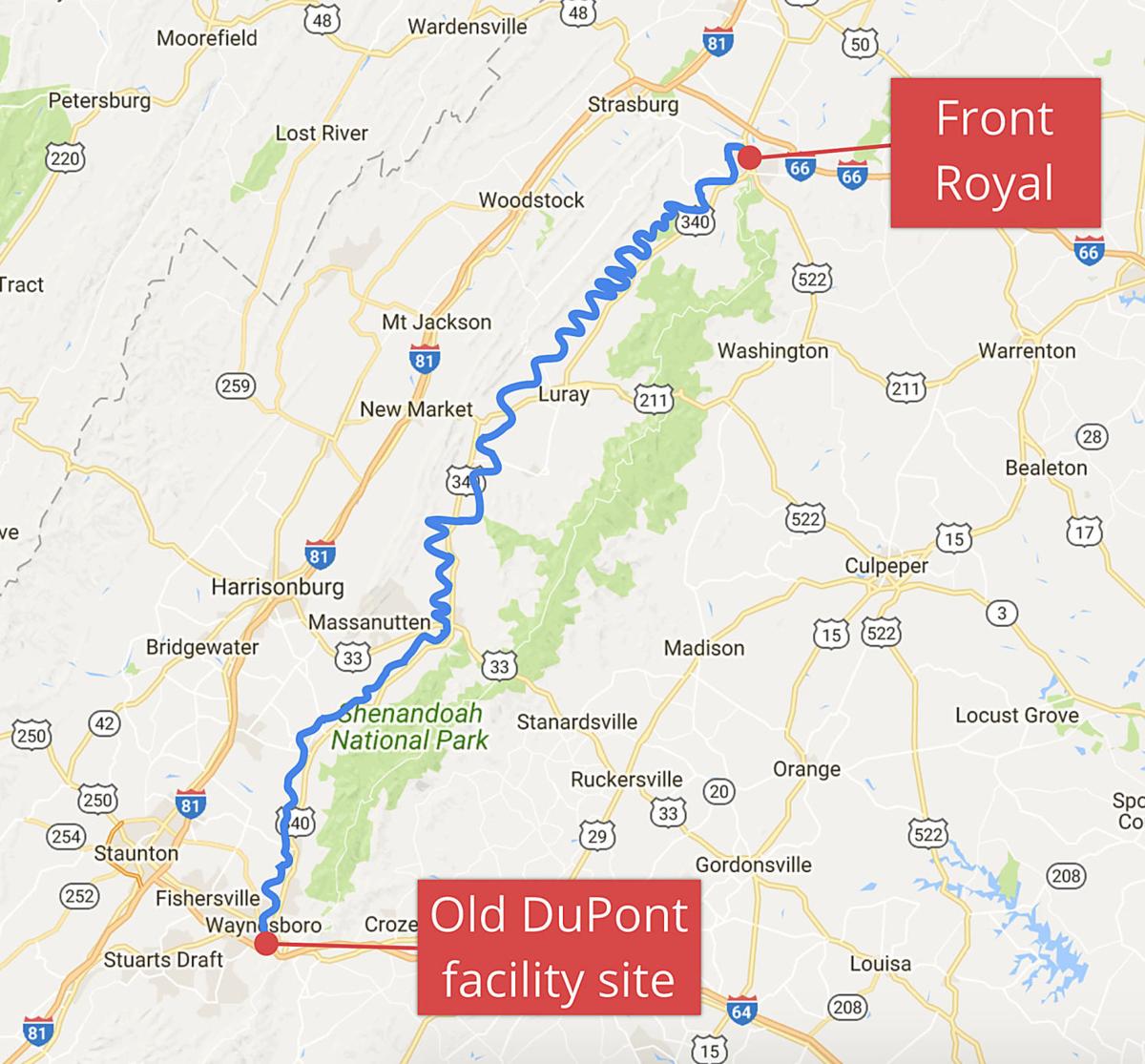 It all started when DuPont, one of the largest chemicals companies in the world, disclosed in 1977 that its Waynesboro facility had been releasing mercury into the South River (which feeds into the South Fork of the Shenandoah River) for more than 20 years.

DuPont reached a settlement that obliged the company to fund watershed restoration projects in the impacted area. Gov. Terry McAuliffe announced the first round of these projects on Dec. 8.

“With these grants, we are addressing longstanding contamination, restoring ecosystems, and continuing Virginia’s legacy of sound environmental stewardship,” McAuliffe said. “As the largest natural resources settlement in Virginia history, the DuPont settlement funds will protect and restore Virginia’s natural resources both within the City of Waynesboro and throughout the Shenandoah Valley for future generations.”

The terms of the settlement require DuPont to fund $42.3 million in watershed restoration projects, and to also design and implement upgrades to the Front Royal Fish Hatchery.

Initially, there were some grumblings from Waynesboro residents about the money going toward a project 125 miles downstream of their city, according to Virginia Department of Game and Inland Fisheries manager Paul Bugas.

But he defended the decision, saying it was made in an effort to be “inclusive.”

“The simple fact is that we’ve found elevated mercury levels in fish all the way to Front Royal,” Bugas said. “That’s how pervasive the mercury is in the river. Literally, our bookends were Waynesboro and Front Royal.”

Even today, the state recommends that South River fishers practice catch-and-release due to mercury levels in the river. The advisory becomes less stringent in the South Fork, but the state still advises northern fishers to eat fish from the river only a couple of times a month and for pregnant women, nursing mothers and children to avoid the river’s fish entirely.

But it’s not all bleak. Thanks to the DuPont settlement and the projects being put in motion, Wendi Weber, U.S. Fish and Wildlife Service northeast regional director,  sees a light at the end of the tunnel.

“Thanks to our partnership with the state, millions of dollars are swiftly getting on the ground to restore wildlife habitat and streams, and to make it easier for local communities to access and enjoy the natural resources of the area,” Weber states in a news release. “We look forward to working with applicants to finalize these land conservation and water quality projects within the City of Waynesboro and throughout the watershed.”

Bugas anticipates that the Front Royal Fish Hatchery renovations and the ensuing increased production of smallmouth bass — the hatchery’s bread and butter— will benefit the entire watershed.

Smallmouth bass are “quasi-migratory,” Bugas said. Between the fish’s mobile nature and the department’s efforts to transport the fish to designated stocking points, he believes the impact won’t be limited to just Front Royal.

“Smallmouth will seasonally really move, and travel many, many miles away from the spot at where you stock them,” Bugas said. “In the long run, the fish that we produce at Front Royal from an improved hatchery will benefit the entire river.”

The planned renovations will allow the hatchery to produce a consistent baseline of 22,000–37,500 smallmouth bass annually.

The project is in between its 35 and 65 percent design phases. Bugas expects the design to be finalized later this year and construction to finish tentatively by summer 2019.

The upgrades to the facility, which include new ponds, aeration systems and a new water supply, are estimated to cost DuPont up to $10 million. Bugas said that the upgrades are sorely needed.

Bugas said the working relationship with DuPont on the project has been smooth. Requests for changes in the design, such as shifting around several planned pond locations in the interest of consolidation and convenience, have been readily accepted.

“DGIF has had a long, collaborative relationship with DuPont,” Bugas said. “They’ve been very amenable to change, to modification at our request. We really haven’t locked horns, if you will.”

DuPont spokesperson Dan Turner states in an email to the Northern Virginia Daily that the company has “a long history of cooperation” with the Shenandoah Valley area. “DuPont is moving forward with its commitment to support restoration projects in the South River and South Fork Shenandoah watersheds,” Turner said. “The trustees will use these funds for a number of restoration projects to enhance natural resources in the region.”

Warren County also applied for a slice of the rest of the DuPont settlement, but failed to be named among the first round winners.

The two projects Warren County sought funding for were designed to build up the trail on the Avtex Fibers Superfund site, priced at $1.1 million, and to improve the Morgan Ford boat landing, which would cost upward of $500,000.

Warren County Administrator Doug Stanley said the county would submit the two projects again for the next round of funding.