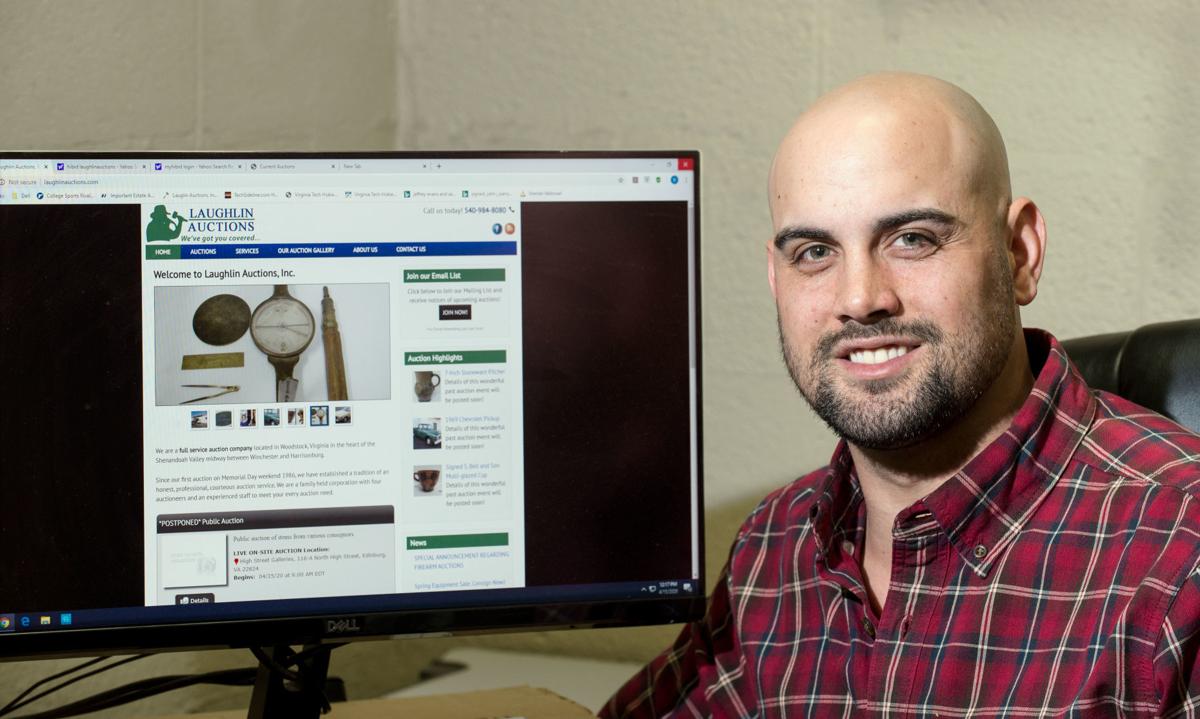 Hoyle Laughlin III sits beside a desktop computer at Laughlin Auctions in Edinburg earlier this week. The coronavirus pandemic has shut down auctions since early March and the family-owned business is launching an online auction system to keep moving forward. 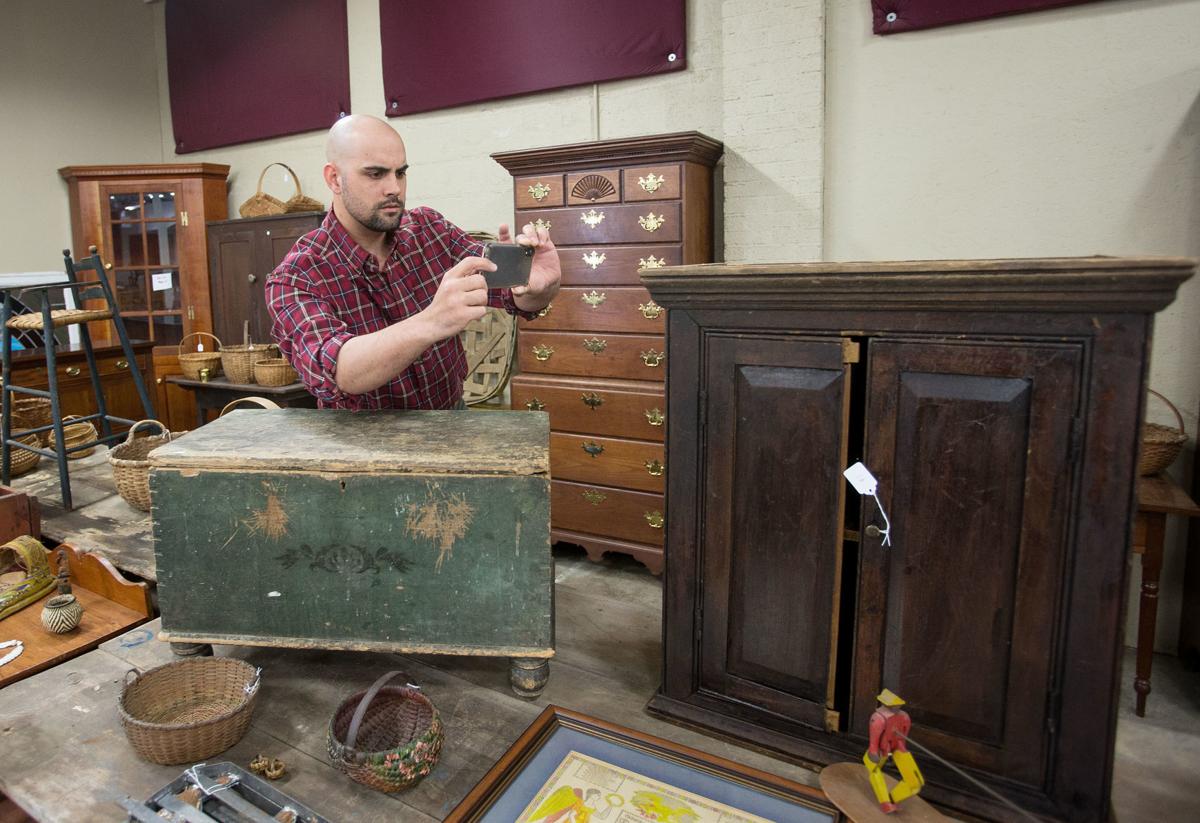 Hoyle Laughlin III uses his smartphone to photograph items for auction inside the family’s auction house in Edinburg.

Hoyle Laughlin III sits beside a desktop computer at Laughlin Auctions in Edinburg earlier this week. The coronavirus pandemic has shut down auctions since early March and the family-owned business is launching an online auction system to keep moving forward.

Hoyle Laughlin III uses his smartphone to photograph items for auction inside the family’s auction house in Edinburg.

When Hoyle Laughlin II opened Laughlin Auctions with his two brothers in the 1980s, the thought that auctions held at their business could one day be done without anyone bidding on the items in person wasn’t even a blip on the radar.

The crew hopes to be live in about two weeks, working through an online portal called HiBid. Laughlin II’s son, Hoyle Laughlin III, is taking charge of the online initiative and said he thinks it will be a good thing in the long run.

“Online auctions are kind of the future in general. If you don’t roll with the tide, you’ll be left behind. Obviously COVID-19 made us look at that route more seriously,” the younger Hoyle said. “Our jobs won’t change drastically, but the way the auction process is going to work and the way that our bidders interact with us is going to change. We’re still going to offer the same services to buyers and sellers.”

While some businesses tapered off in the midst of COVID-19, Laughlin Auctions took a direct hit. The last auction held on-site was March 7.

All 31 employees have since been laid off.

“Business has always been very good. Last year was one of the best years that Laughlin Auctions have had. The first two months of this year was looking very promising,” Laughlin II said. “We had numerous, very strong sales in the pipeline that are now on hold.”

Now, a backlog of consignment items sit idle in the company’s auction house. Laughlin II said there are about nine or 10 estates still waiting to be picked up.

“Our spring was set up to have four auctions a month and they’ve all been postponed,” he said. “We’re going to be going online, but we’re also going to maintain the live auctions when that’s appropriate, but we don’t know when that’s going to be.”

Opened in 1986, Laughlin Auctions has been known for selling personal property and real estate. The auctions began at the Shenandoah County Fairgrounds but have been held at the group’s auction house in Edinburg now since 2009.

The Laughlins said they are hopeful to one day see live auctions make a return to their auction house but that online work will have to do for the time being.

To get the ball rolling, the younger Laughlin worked through several webinars and remote online training.

“They offered a lot of great suggestions on how to operate the website,” he said. “We’re using Facebook as a major tool to let people know and to build a database.”

Much of that training detailed how to better use cataloging.

“Before, we would just take a picture of an item and we’d sell it in any particular order that we’d like,” Laughlin III said. “Now, these items go off in a very specific order online and it’s a process to ensure each item is cataloged in the proper way to keep like items with like items to help our bidders locate an item to place a bid.”

Once the company’s online auctions go live, bidders will register online and go through a verification process. Then, they’ll place bids on items up for auction just as they would an in-person auction.

Eventually, the plan is to hold live auctions in conjunction with online auctions for more interaction from all sides.

“I think we’re going to reach a lot more people. We can get to where we’ll have folks online as well as a live auction at the same time,” Laughlin III said. “It’ll be more interactive for all involved.”