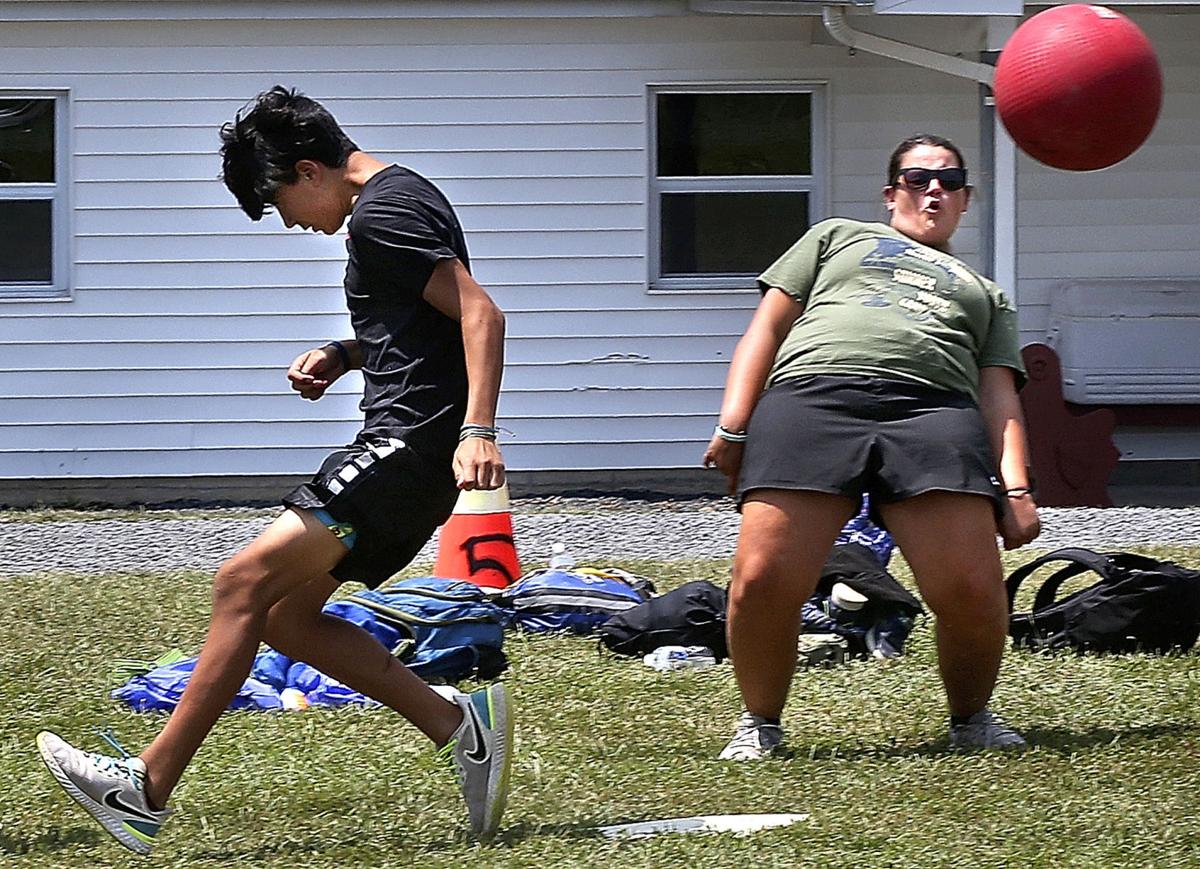 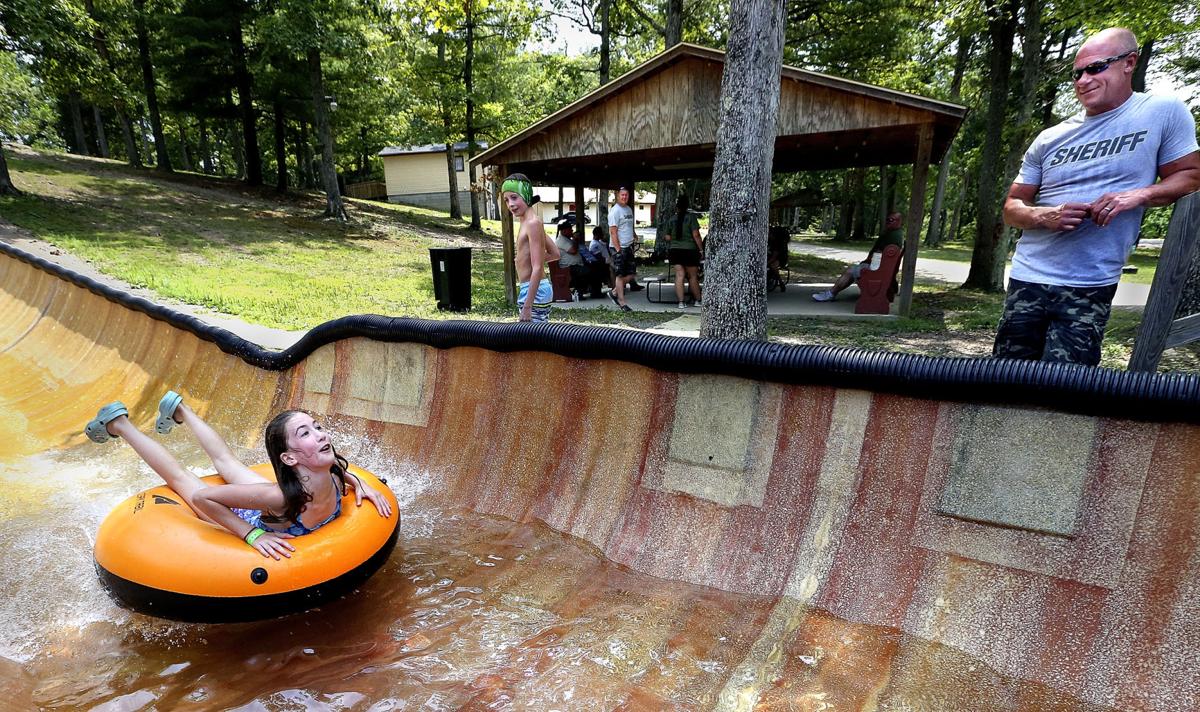 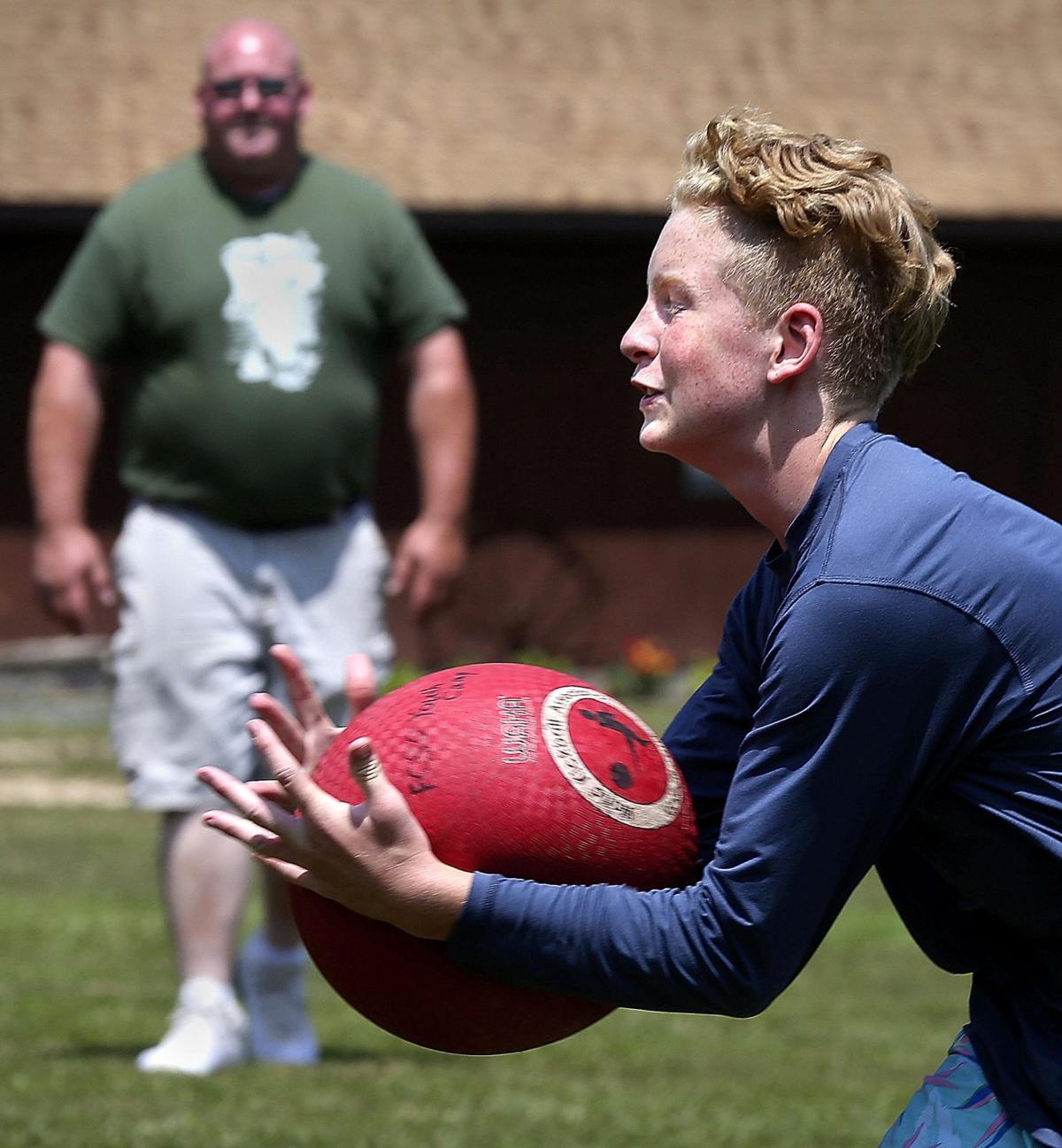 STRASBURG — Participants made the most of a shortened Frederick County Sheriff’s Office Youth Camp on Wednesday.

About 55 children participated in the camp, which was shortened from five days and four nights to one day due to coronavirus pandemic concerns. COVID-19 cancelled the camp last year.

Most of the campers were between 11-15. Children under 12 aren't eligible for the vaccine and while the vast majority of COVID deaths involve elderly people, unvaccinated children can spread the virus endangering unvaccinated adults. Given the risks, camp organizers in May decided on a "one-day fun day"  with most events outside, according to Maj. Steven Hawkins, a camp co-organizer.

The shortened scheduled meant scrapping longer activities such as the community service component. In 2019, campers built storage closets for Bright Futures, a local nonprofit that provides clothing to low-income children. They also built three picnic tables to replace aging ones at the Cedar Creek Christian Camp, where the camp has been held since 2015. The first camp was in 2000.

The camp ran from 7 a.m. to 7 p.m. and activities included archery, fishing, target shooting with B.B. guns — instead of .22 caliber rifles were used at five-day camps in past years — kickball and a tug-of-war. Campers also rode down an approximately 6-foot wide, 50-yard long water slide. And they swam in a 40-foot wide, 80-foot long pool that opened in June.

About 20 deputies served as camp counselors. They included some of the Sheriff's Office's 17 school resource officers. Co-organizer Sgt. Travis Mitchell, who oversees the school resource officers, said trying to maximize activities was challenging "but we've got a great team and really thought it through on how to get the most out of the day for our kids."

The camp is free for campers, but cost about $5,000 to hold. It was funded with money raised in the annual Valor 5K run on May 22. The run was formerly known as the Trooper Manion 5K & Kids Mile honoring Virginia State Police Trooper Kevin Carder Manion who was killed in a line-of-duty, accidental shooting in Clarke County in 2006.

Wenner said the camp is an opportunity to bond with fellow campers. Mitchell said it's good for police and youths to interact in a fun, informal setting and the activities teach leadership and teamwork.

"You learn when you're part of a team how to lead a group of people when you have a common goal," he said.

Camper Jacob Harty, who took part in the 2019 camp, said he wished this year's camp could've been five days, but he still enjoyed it. Harty, 15, said his favorite activities are archery, fishing and target shooting.

"It's really well organized," he said of the camp. "It makes it easy."