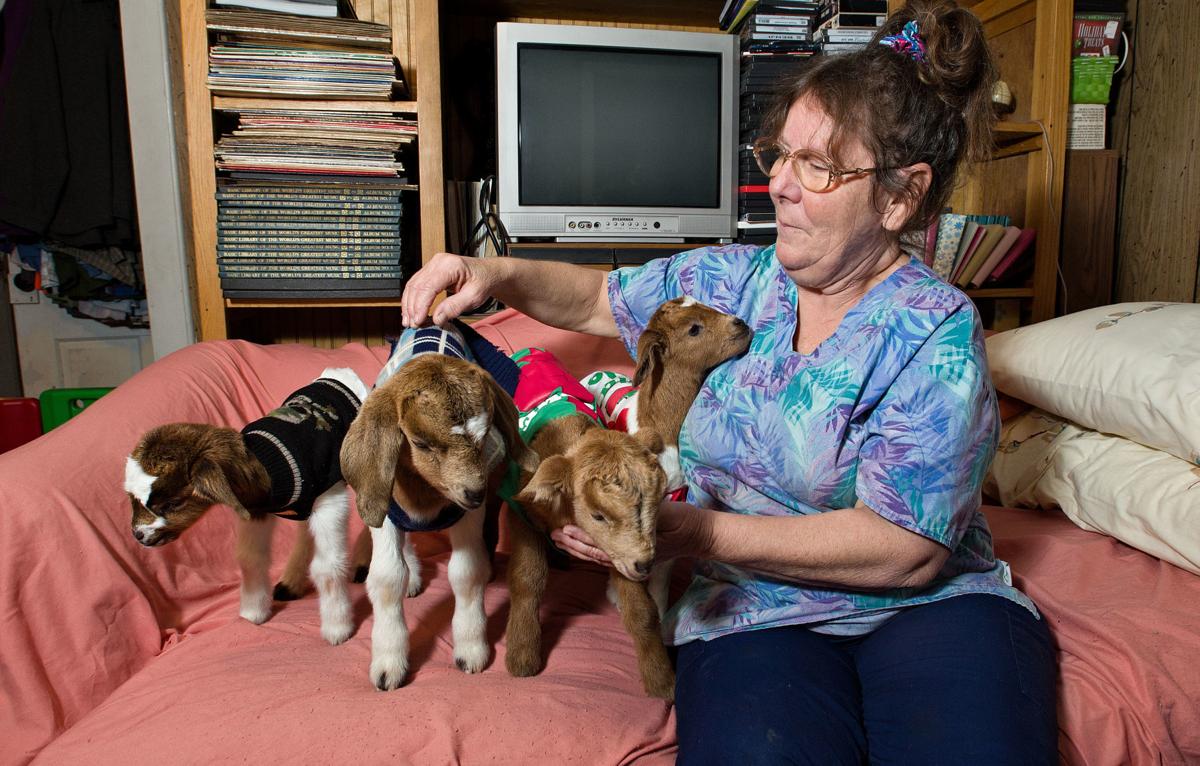 Tina Mathews, of Strasburg, is surrounded by her four goats that were born on Saturday.  She said it is rare for a goat to deliver quadruplets. 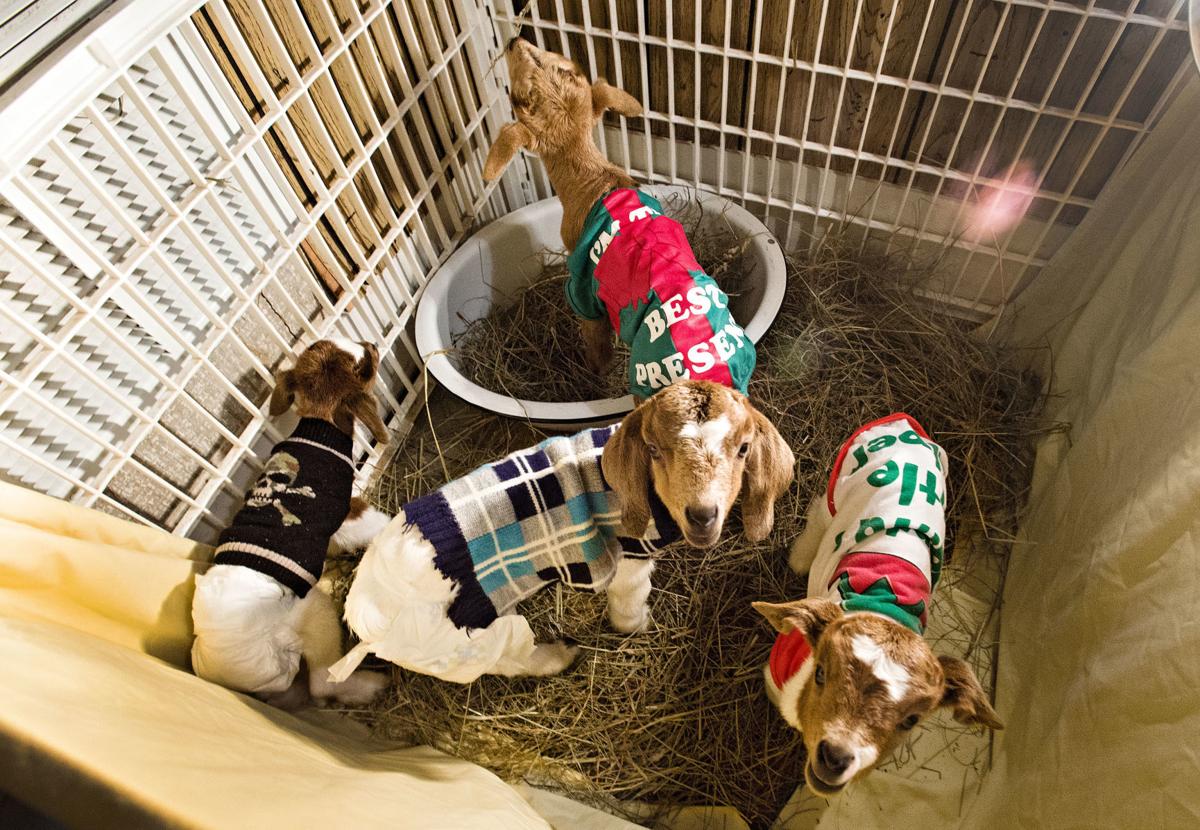 The four goats are wrapped in dog coats inside this pen in Mathews' home in Strasburg.

Tina Mathews, of Strasburg, is surrounded by her four goats that were born on Saturday.  She said it is rare for a goat to deliver quadruplets.

The four goats are wrapped in dog coats inside this pen in Mathews' home in Strasburg.

STRASBURG — Twins are an oddity, triplets are rare but having four kids is not an everyday occurrence. On Saturday evening when she got home, Tina Mathews said her goat was more talkative than usual, but nothing else seemed out of the ordinary.

“The mom was talking like they normally do, like she wanted me to be there,” Mathews said. “She was sitting, and I could see one baby, so I went in and helped.”

After cleaning up the baby, named Mouse, Mathews said she went to check on the mom, only to find she was having another baby.

“I cleaned him up, brought him out and I figured she was done,” Mathews said.

After placing a quick phone call to her daughter to ask her to come and help take care of the babies, Mathews said she moved the mom along with her kids when the goat started to have her third kid — the only girl — Miss Piggy.

Mathews said she started to try to get milk from the mother but didn’t have any luck. Mathews then began to worry the babies were cold, she said, so she brought them inside, warmed them up and mixed up some milk for them.

During the hustle and bustle, Mathews said she turned around to find one more baby, the smallest, only 3 pounds.

Along with her four newest, four-legged friends, Mathews said she and her partner Greg Smith have five dogs, a couple of ponies, two pot-bellied pigs and 48 alpacas.

“I’m not sure why he did it,” she continued. “He’s taken on adventures. I told him not to get into anymore.”

Between her house cleaning business and the new goats, Mathews said she had a busy week. Because the kids eat every four hours, she said she has to plan her day if she knows she’s going to be out. She can leave them for a while, but she takes Midget with her because he’s so small, she said.

Once the kids can start eating less often, she can leave them alone outside, Mathews said. Eventually, she will sell them, though it might be harder to let them go than it has with past kids, she said.

“You get pretty attached to them, which makes it hard to get rid of them,” she said. “You don’t keep too many boys; you usually only keep one.”

“This little guy, we’ll be more getting attached to,” Mathews said, pointing to Midget, “just because he’s so small.”