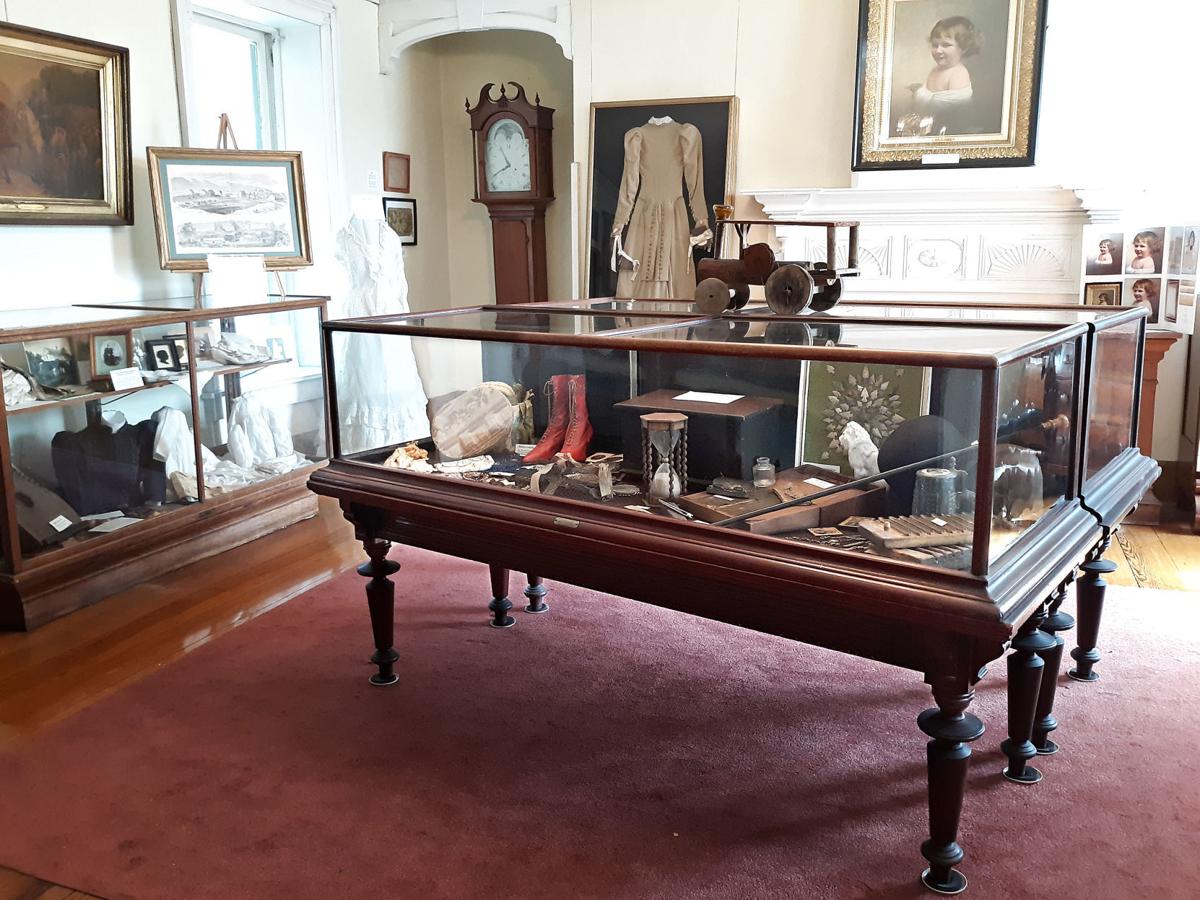 This is the interior of the Woodstock Museum’s Marshall House. The museum is closed but plans are to reopen it this summer. 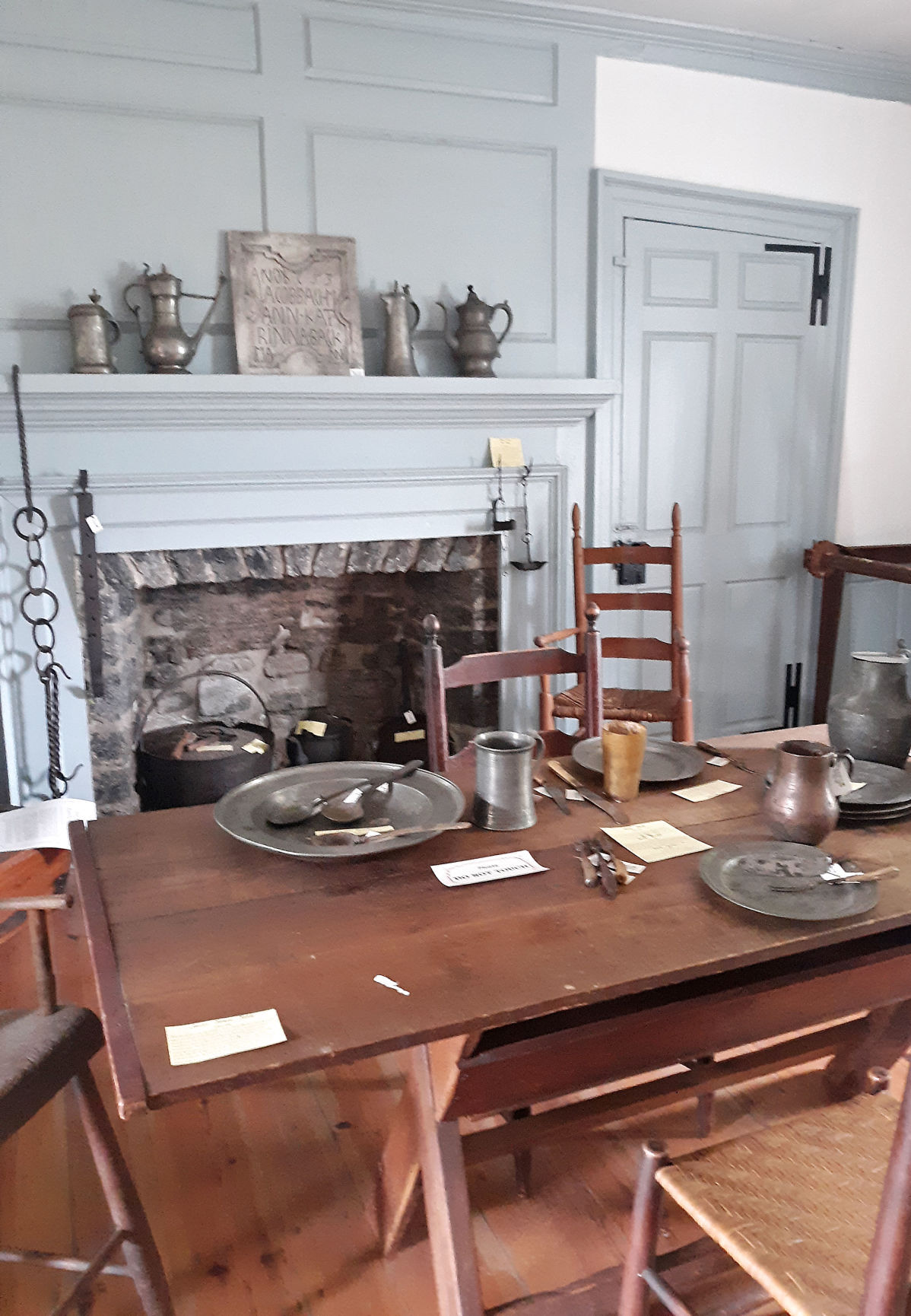 A look at the interior of the Woodstock Museum’s Wickham House exhibit. 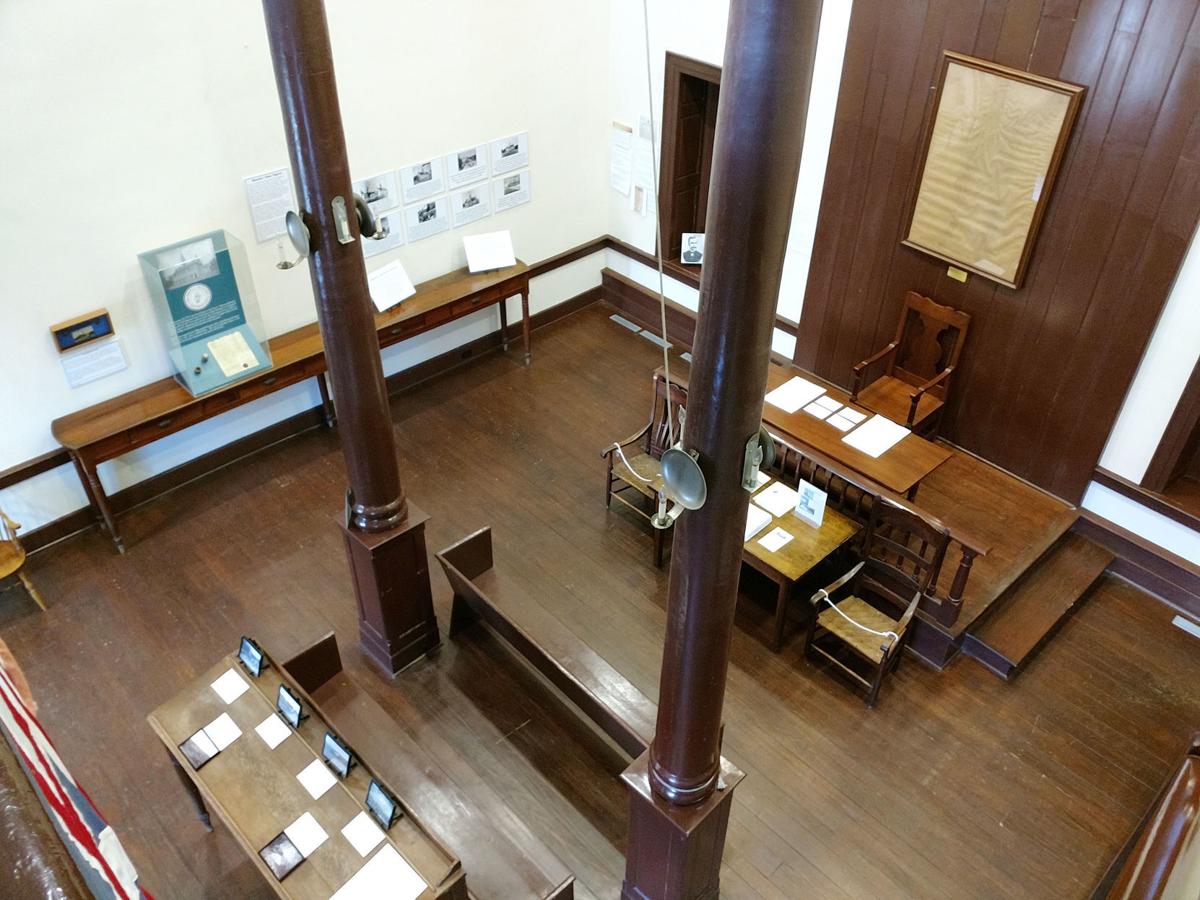 A view from the balcony of the interior of the Shenandoah County Historical Society Museum. The museum is open from 11 a.m.-4 p.m. on Fridays and Saturdays

This is the interior of the Woodstock Museum’s Marshall House. The museum is closed but plans are to reopen it this summer.

A look at the interior of the Woodstock Museum’s Wickham House exhibit.

A view from the balcony of the interior of the Shenandoah County Historical Society Museum. The museum is open from 11 a.m.-4 p.m. on Fridays and Saturdays

Many businesses have been hurt by the COVID-19 pandemic, especially nonprofit organizations. However, many of the museums in the area are holding strong despite the tough times.

“I did a membership drive at the end of December,” Kesser said. “We had a huge response to that. Lots of renewals, lots of new people joining and lots of life memberships happening, which is always nice. We did have quite a few large donations given. So we’ve been fortunate – we’re OK.”

Kesser said that the museum is hoping to reopen this summer with its usual days and hours – Thursday-Saturday from noon to 4 p.m.

The Woodstock Museum suffered another big loss in the past year with the passing of Museum President John Wall.

“We’ve been kind of at a loss after that and slow to open,” Kesser said. “So it was kind of good to have that downtime, too. But I’m anxious to get the place open again.”

Kesser said they will be following all the guidelines and regulations that are in place for the COVID-19 pandemic. She said they are still trying to contact volunteers and that has been one of the biggest challenges with the reopening.

There could be several new exhibits on display when the Woodstock Museum does open. Kesser said that she is working on an exhibit donated by Charles and Deborah French and their niece Nancy Lambert-Miller with over 400 items from the Walton and Smoot building. Kesser said they also have acquired a few weaving and spinning things from the late Lena French, who was one of the museum founders

The Shenandoah County Historical Society is open and according to President Barbara Adamson things are going well.

Adamson said that right now they are open two days a week, Fridays and Saturdays (11 a.m. to 4 p.m.) but hope to eventually resume being open on Thursdays as well.

“We’re fortunate in that we do not depend on visitor fees for our operations,” Adamson said. “In that respect, the closure did not cause a hardship. We enjoy a good partnership with the Shenandoah County Tourism and Economic Development Office. When the new courthouse was built at the north end of town, county citizens made it known that they wanted the historic courthouse to be open to the public.”

Adamson said everyone has been following the COVID-19 guidelines.

“Our visitors have responded well since we’ve opened back up,” she said. “No issues with complying with COVID guidelines. Because we’re a county-owned building, the county supplied us with COVID supplies including masks, hand sanitizer, a shield at our desk. We have had no problems with visitors complying with safe distancing or numbers of people guidelines either.”

Adamson said they’re getting more and more volunteers back now that there is a vaccine.

Strasburg Museum President Dennis Hupp said that they plan on opening n July and run through October. He said they normally would be open from May-October seven days a week. However, when they reopen they will only be open from 10 a.m.-4 p.m. Friday through Sunday.

He said financially they are still doing alright despite not being open or having their usual banquet.

“We did not host our annual banquet in 2020,” Hupp said. “The banquet serves, in part, as a fundraiser, so we lost that normal revenue source. We will not hold the banquet again this year. We also lost our usual revenue from admission fees. The museum, however, is on sound financial footing. I am not concerned about our financial health.”

Hupp said they are still working out the details of how they will handle the COVID-19 regulations.

“We have a committee in place to work on preparing the museum to open in July,” Hupp said. “We will follow the governor’s protocols for dealing with the virus, including limiting the number of persons admitted at any one time, social-distancing, mask-wearing, pedestrian traffic flow, plexiglass partitions as needed and routine sanitizing of display cases.”

The Mount Jackson Museum reopened on Saturday, according to acting President Kenna Fansler.

He said they are still looking for more volunteers, but for now will just be open from 1 to 4 p.m. Saturdays. He said he hopes once they get more volunteers they can be open Thursday through Saturday each week.

“We’re going to start filling in those other days as much as we can,” Fansler said.

Fansler said they are still doing alright financially at this point.

“We didn’t take in much of anything last year, but now we’re beginning to get a few,” Fansler said of donations. “It goes in spells. We’ll go a long time and won’t get anything and then we’ll get several at one time. We’re not struggling. People have been very generous with us over the years, and I wouldn’t say we’e well off, but we’re not in need of anything right now money-wise.”