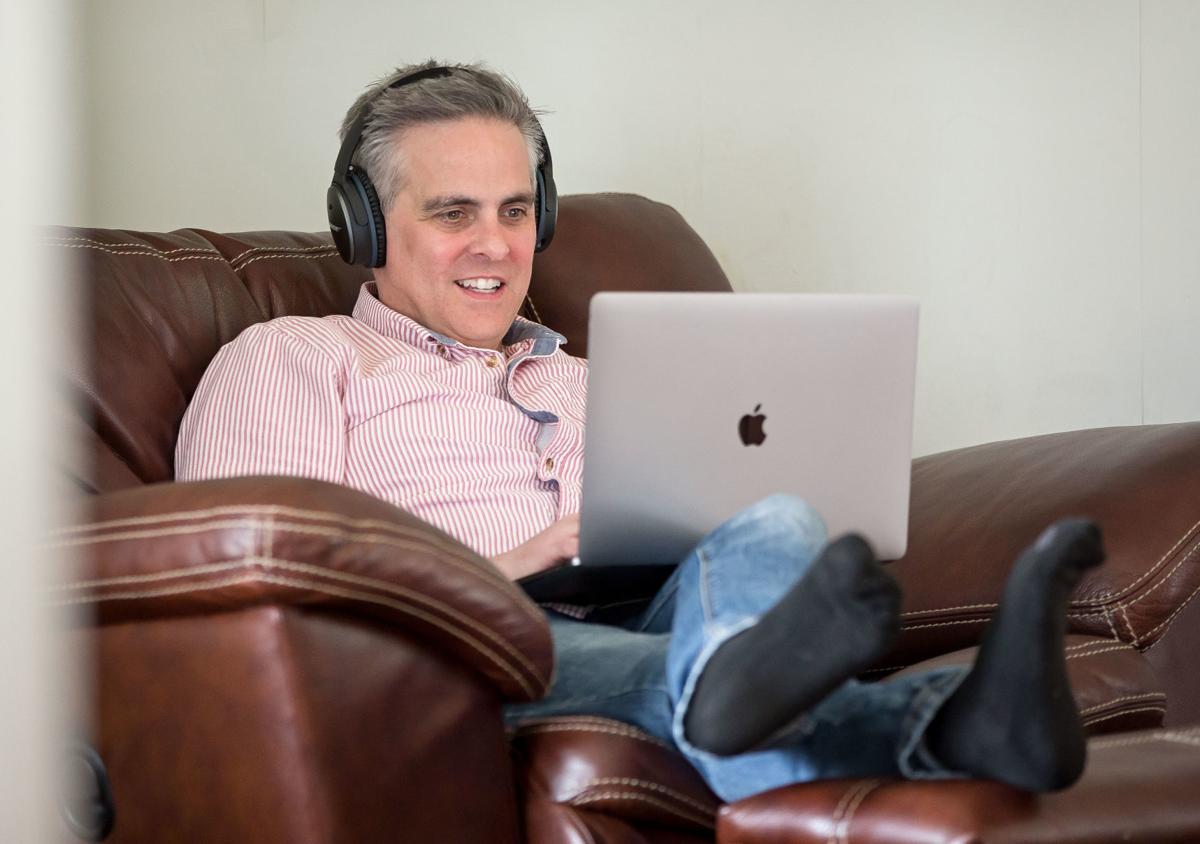 New York Times best-selling author Jason Wright works on his next novel inside his office in Woodstock on Tuesday. Wright is writing a chapter a day on Google Docs. 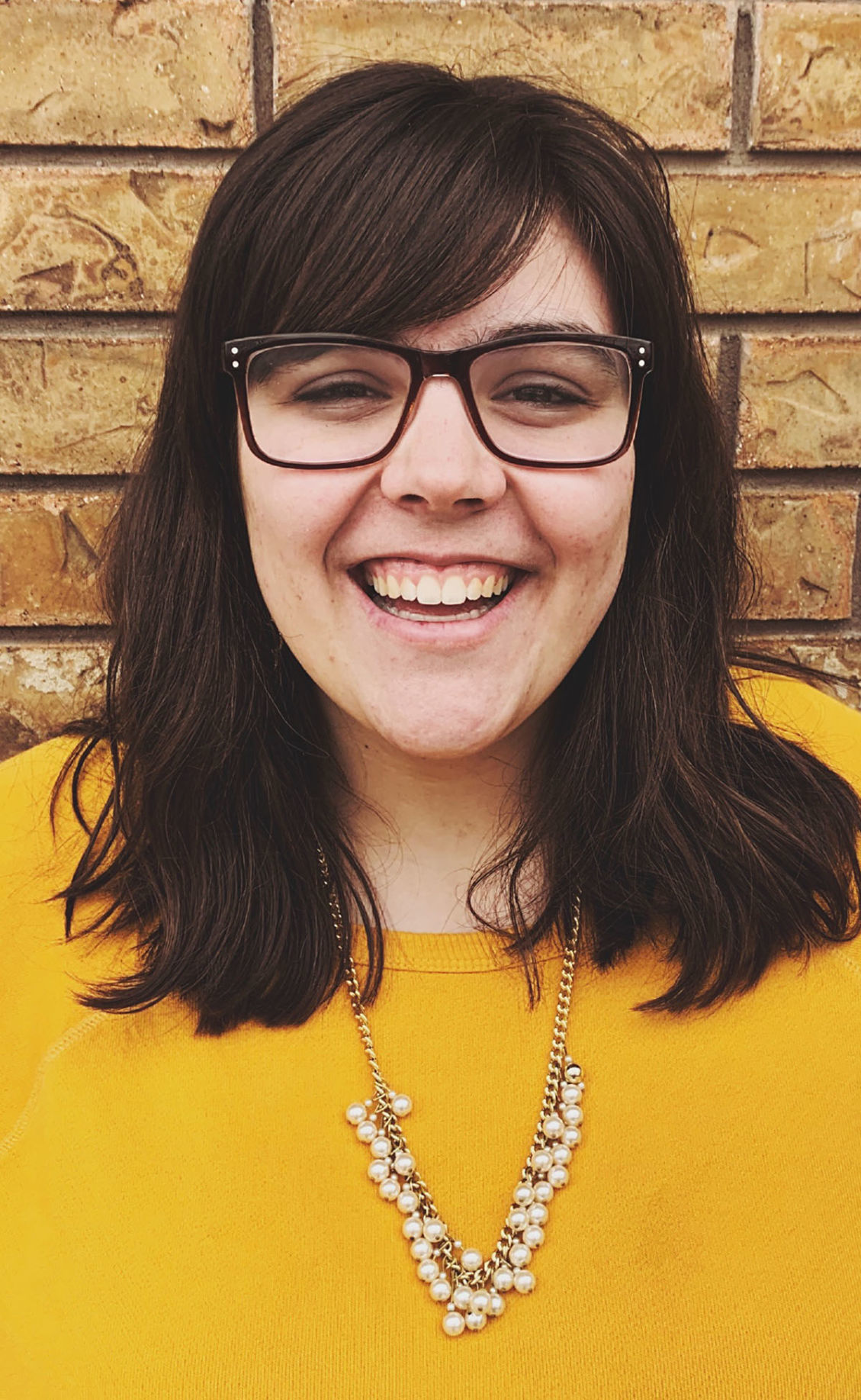 On March 26, Woodstock author Jason Wright and his daughter Oakli Van Meter, 24, announced a challenge. He would spend an hour or so each day working on a new novel, live on Google Docs, and she would copy edit while readers followed along.

“I don’t think this has been done before,” Wright said in an introduction video he posted to his Facebook page. “All I have is an idea and a working title. Not a single solitary word has been written so far.”

Wright, 49, has been working on the book six days a week at 1 p.m. and letting readers follow along while he types in real time through Google Docs. Though they can’t comment on or edit the document, they can comment in his posts on Facebook and Instagram.

Feeling “super emotional” when he logged on the first day and saw quite a few people there waiting for him, he admits he second-guessed himself, thinking, “What have I done?”

Van Meter, who lives in Utah with her husband and 18-month-old son, is finishing up a degree in editing from Brigham Young University. Though taking virtual classes because of the COVID-19 pandemic, she needed to fulfill 42 internship credits for her senior project. When she couldn’t work on the student journal anymore, her professor agreed that editing her father’s book-in-progress would count toward her credits.

Now, about three weeks in, he said it’s been going well so far. As of Thursday, he was on Chapter 10 of what he’s calling “Bus to Gulf Breeze,” and most days he posts on Facebook that he just wrote his new favorite chapter.

“[It’s] a very unique road trip story,” Wright said. “I have an idea for today's chapter. I know whose point of view the chapter will be [in], and that’s it.”

Van Meter usually edits during the live sessions or she’ll update the document later in the day. They’ll comment to each other in the document, while readers watch, and other times they’ll text off-screen to ask questions or volley ideas.

“The timing was I think just meant to be for this to happen now,” he said on Tuesday. “Classes are canceled, she’s home anyway.”

The COVID-19 quarantine is also what inspired him to start this project when he did.

In mid-March, he said it felt like the world imploded. Schools canceled classes for the foreseeable future, flights from Europe were grounded, and everyone else was encouraged to start avoiding social gatherings whenever possible.

Wright, the author of “Christmas Jars” and “The Wednesday Letters,” had long been interested in showing the writing process in a live format.

An active presence on social media, he often posts quirky family videos on YouTube and life updates on Facebook and Instagram. He writes columns for The Northern Virginia Daily and posts video interviews he does with travelers he meets on the road.

While writing previous books, he said he’s posted chapters to involve readers in the writing process. But the idea of a live novel-writing effort remained as a distant goal that he said social distancing inspired him to start now.

“How can I connect with them in an unusual and meaningful way?” he recalled thinking. “And this seemed like it. … This could be new and different.”

Readers would be along for the ride, he said, “As the words kind of hit the page.”

Because it’s still a new concept, Wright said not all readers know what to make of it.

More people are reading the chapters he posts on Facebook than attending the live sessions, he said. Others tune in and say, “What am I seeing here?”

“I think there may be some people who were still wondering if this is real,” he said.

With or without an audience, Wright is forging ahead with the story of a Woodstock resident named Gary who goes on a road trip to Florida with his dog.

But taking readers along for the ride has helped Wright stay accountable on days when he doesn’t feel like writing.

“There are people that expect this at 1 p.m. each day,” he said. “I’ve written more in the last nine days than I have in the last six months.”

Van Meter, who’s expecting her second child in June, plans to pursue an at-home editing career but said she also wants to be a novelist, writing fiction similar to her father’s books but geared toward a younger audience.

“It makes you feel good and it teaches you some sort of lesson,” she said in a Zoom chat on Tuesday.

Her senior project ends in about a week, and she said she’ll hit her required shadowing hours in no time.

Her father had hoped to finish the book within 30 days but said at the rate he’s been going, about a chapter a day, he thinks he’ll need more than a month to make it through the story.

So instead, he’s chosen the same deadline Gov. Ralph Northam has given Virginians to maintain their social distancing efforts during the pandemic.