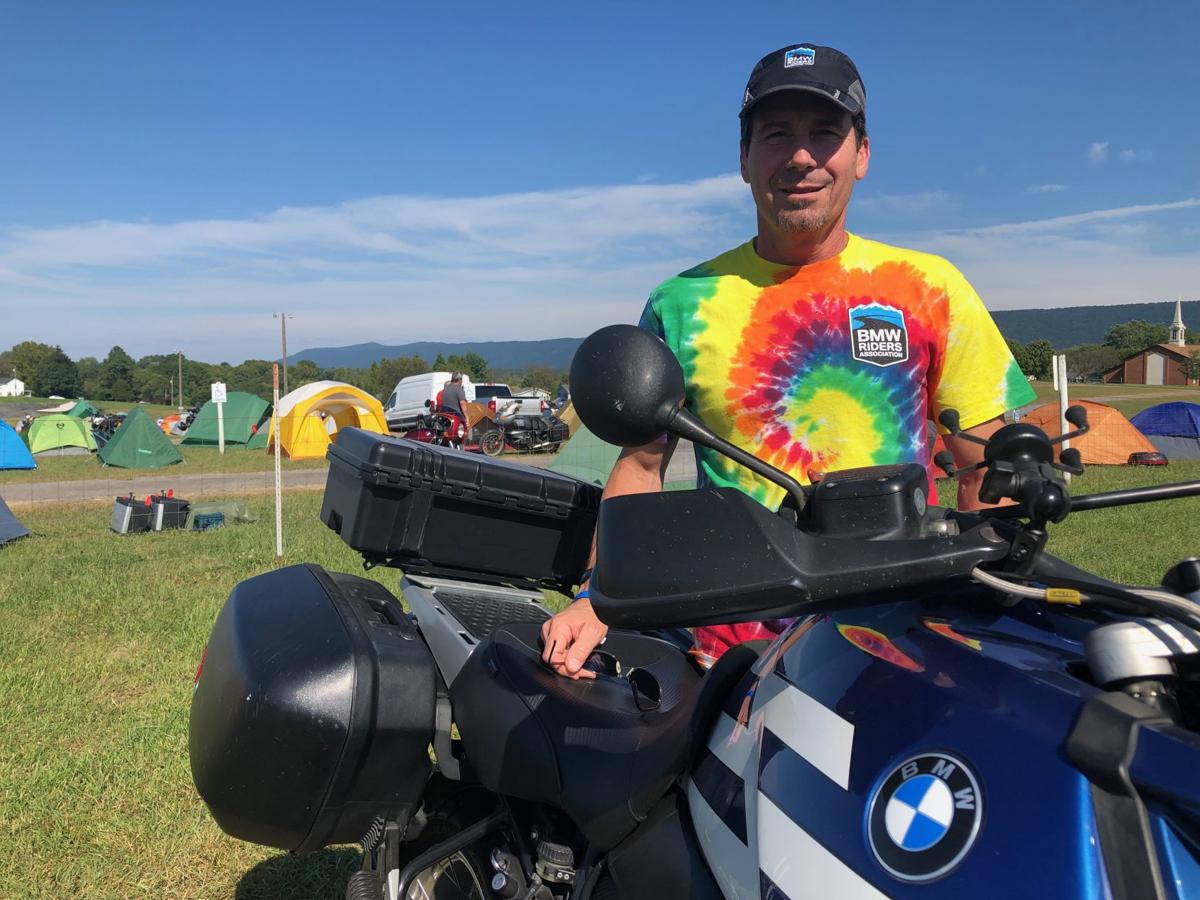 Matt Smith, chairman of the Set My Soul Free Rally, poses with his BMW motorcycle at the Shenandoah County fairgrounds on Saturday. 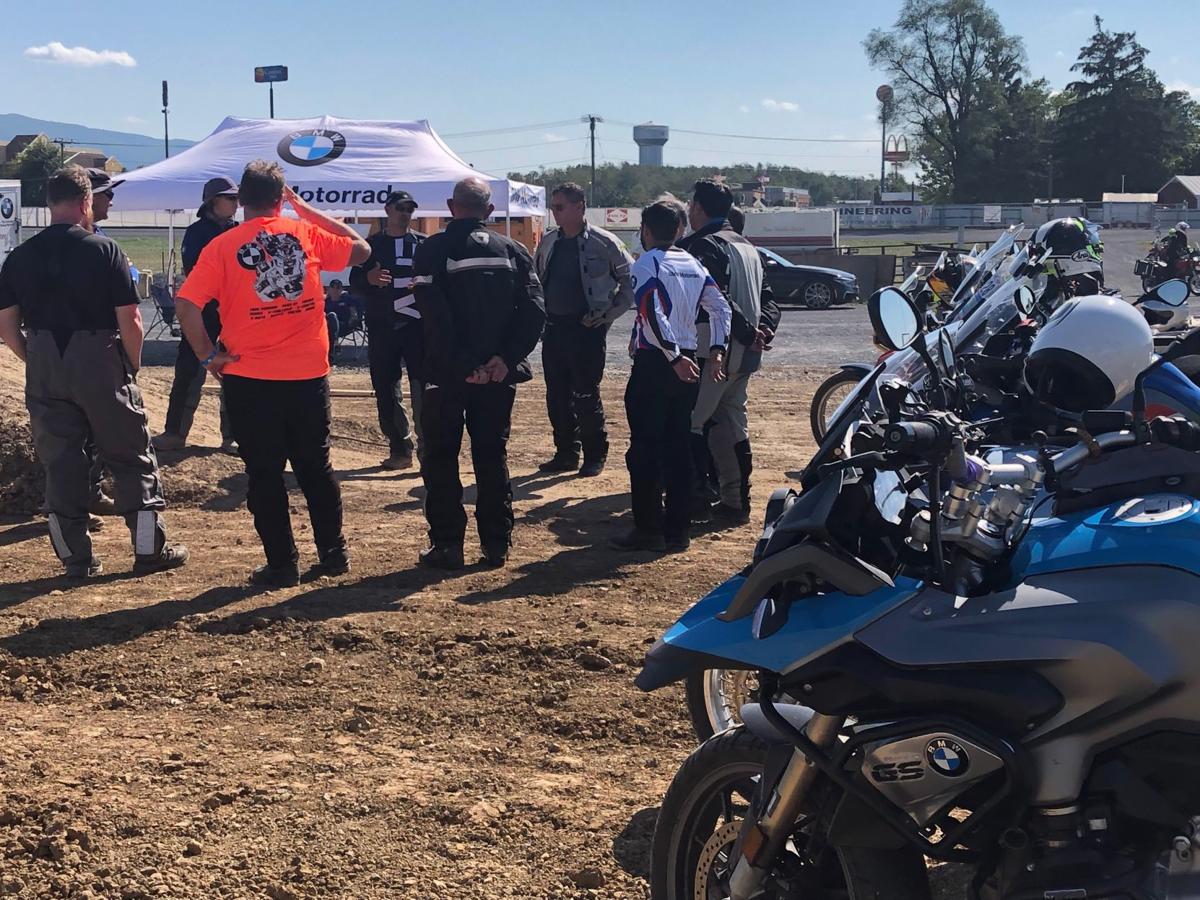 Attendees at the Set My Soul Free Rally get lessons in how to navigate obstacles while riding motorcycles off-road. 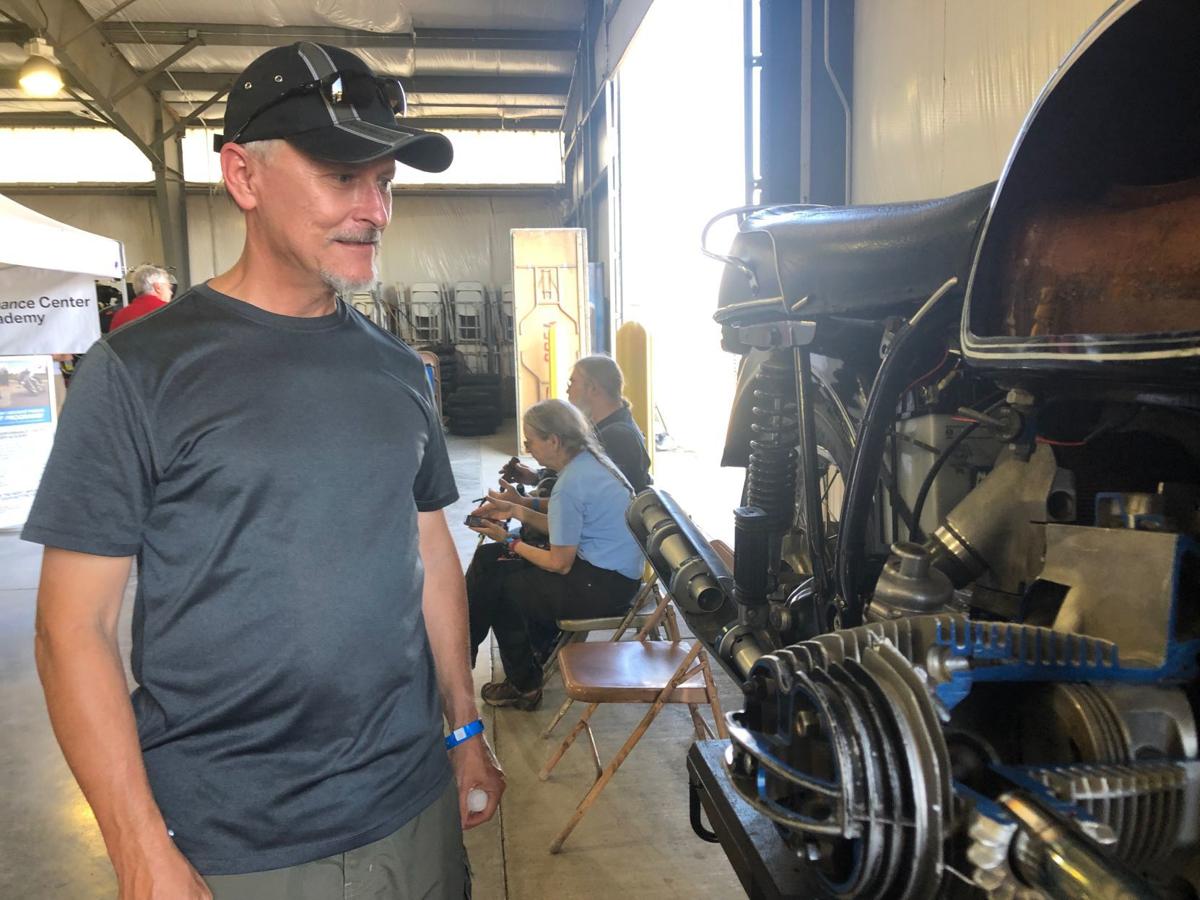 Ken Martin, of Tennessee, examines an old BMW motorcycle at the Set My Soul Free Rally. 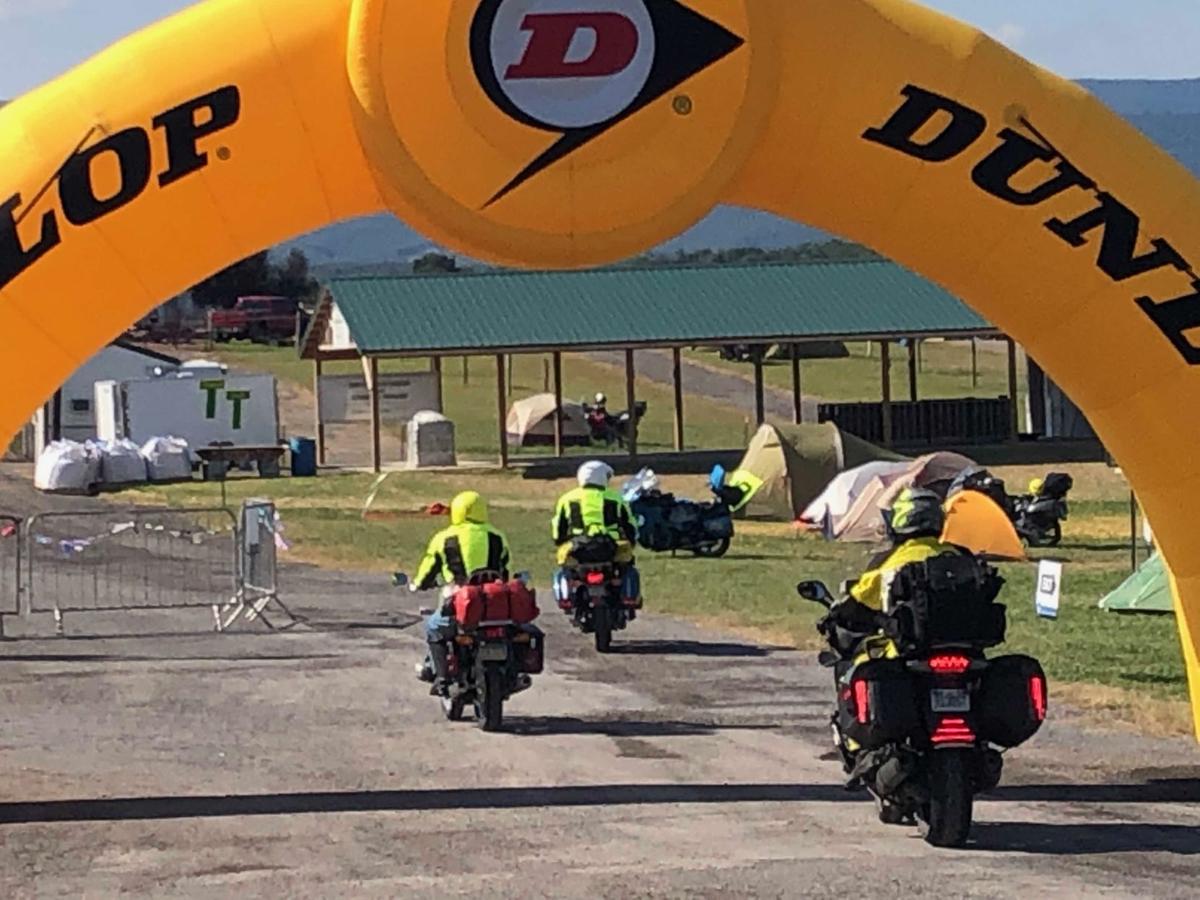 Matt Smith, chairman of the Set My Soul Free Rally, poses with his BMW motorcycle at the Shenandoah County fairgrounds on Saturday.

Attendees at the Set My Soul Free Rally get lessons in how to navigate obstacles while riding motorcycles off-road.

Ken Martin, of Tennessee, examines an old BMW motorcycle at the Set My Soul Free Rally.

WOODSTOCK - The Shenandoah County fairgrounds were lined with tents and motorcycles this weekend as over 1,500 people flocked to the area for the Set My Soul Free Rally.

The annual event was hosted by the BMW Riders Association under a new name, with this year's title an homage to the 1969 music festival in Woodstock, New York.

Rally chairman Matt Smith said the event, which was initiated in the 1970s, shifts locations every year and the Shenandoah Valley is probably the best location so far. He pointed toward the warm welcome from the Shenandoah Tourism Council and said the Town of Woodstock has been “rolling out the red carpet.”

That, coupled with great "destination rides" like Skyline Drive and the Luray Caverns, resulted in an ideal weekend for riders.

Bob Henig, of Maryland, said he particularly enjoys riding in the area because the "fabulous roads" are “scenic, twisty, curvy and roller coaster fast.”

“Straight is boring,” he said.

“Hills and curves combined together is even better,” Henig said.

Smith said that BMW bikers are dedicated to riding long distances in small groups or alone, with many attendees - including those from Texas, Wisconsin and Maine - doing just that to arrive to the rally.

Henig said motorcycles have a different appeal for each rider, but for him, it is the “most exciting and relaxing thing I’ve done.”

“Even when I am going faster than the sign suggests down the twisty, curvy, roller coaster, scenic roads that this area is just abundant with, my heartbeat is probably as low as it ever gets,” he said.

Henig said the passion grew out of a love for camping and backpacking and “that solitude in the woods, that connection with nature.” He said that while traveling in a car, one sees the world through a windshield, which is like watching a movie.

“On a motorcycle, you are the movie,” he said, noting that the rider is traveling with no roof over their head and their senses are stimulated.

He noted that a rider sees bugs exploding on masks, feels the weather and can smell changes in terrain.

Ray Hunting, of North Carolina, said he enjoys riding back roads and seeing attractions one would never come across on the highway. He said you can try to plan rides but “then you’re driving along and you see a billboard that’s advertising dinosaur bones or something like that-”

“Most folks don’t do that in a car,” Smith said.

When rally participants were not riding, there was plenty to do at the fairgrounds as the event included a variety of guest speakers, vendors and a performance center that provided lessons on how to navigate obstacles while off-roading.

Smith added that the rally also provides an abundance of camaraderie and while attendees are from all over the country, they are “all kind of cut from the same cloth” and "enjoy adventures.”

Henig agreed, and said “this is one giant family gathering.”

“That’s what this is all about. People come from all over the country. Sometimes you’ll see these people once a year, sometimes 15 times at BMW events around the country. The icebreaker is that we all ride and that we all for the most part ride BMWs,” he said.