A sign stands outside the entrance to Stonewall Jackson High School in Quicksburg. The Shenandoah County School Board will be considering a resolution to change the names of this school and Ashby Lee Elementary School. 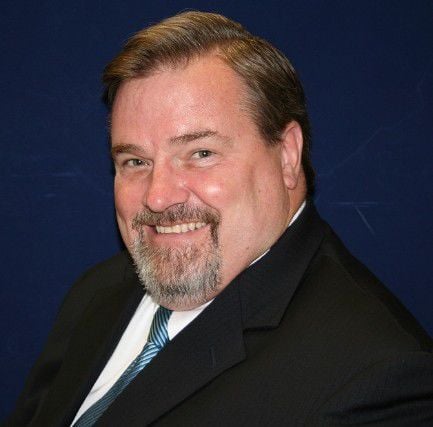 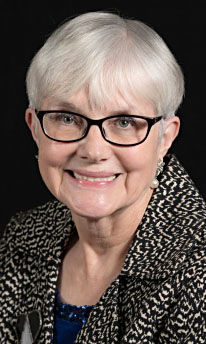 A sign stands outside the entrance to Stonewall Jackson High School in Quicksburg. The Shenandoah County School Board will be considering a resolution to change the names of this school and Ashby Lee Elementary School.

The Shenandoah County School Board will consider a resolution today calling for the renaming of schools in the southern part of the county that bear the names of prominent officers who fought for the Confederacy during the Civil War.

The resolution, which is listed as an action item on the agenda for Thursday’s 4:30 p.m. virtual meeting, recommends that the names of Stonewall Jackson High School, named for Gen. Thomas “Stonewall” Jackson, and Ashby Lee Elementary School, as well as the Rebel mascot at North Fork Middle School, be retired.

The resolution continues by stating that “the Board directs the Superintendent to develop a process and timeline in accordance with Board Policy FFA for selection of new names and a new mascot” to present to the board at its Aug. 13 meeting.

It’s noted in the resolution that such action would have a budgetary impact of $500,000, an amount that was not accounted for in the fiscal year 2021 budget, which has already undergone some cuts in response to the financial strains brought forth by the COVID-19 pandemic. The resolution does not list a budget source to cover the costs of such an action, and Shenandoah County Public Schools Superintendent Mark Johnston called that figure a “placeholder” based on early estimates to show there is a cost to such a name change.

Similar actions have taken place across the state in recent weeks as national dialogue about racism in America has ramped up in the wake of the death of George Floyd, a Black man who was killed while in police custody in Minneapolis, Minnesota, on May 25.

As localities across Virginia are removing statues of Confederate soldiers and officers, so too are school divisions across the state cutting ties with school names linked to Confederate figures. Earlier this week, Virginia Gov. Ralph Northam urged education leaders in the state to remove school names that honor leaders of the Confederacy.

Shenandoah County School Board Chairwoman Karen Whetzel said Wednesday that the resolution calling for name changes at Stonewall and Ashby Lee is a branch off a resolution the board passed unanimously last week. That resolution, according to a news release from the division, condemns racism and affirms the division’s “commitment to an inclusive school environment for all.”

“It’s very important that we do affirm that we’re against racism and we want an inclusive environment for everyone,” said Whetzel, who noted that she taught 21 years at Ashby Lee and 10 at Stonewall. “It’s hard for me because I’m hearing from both sides and I loved working in both schools. I didn’t necessarily love the name but I loved working in both schools, so I’m still listening.

“I think here people are so used to the names they don’t really think of how they sound to people from outside of the county,” continued Whetzel, who noted that advocates of the name change are not just “left-wing radicals” and that she’s heard from two former District 1 School Board members who support the change. Whetzel added that she’s reached out to school employees and students who are people of color because “it’s their perception that matters, too.”

Whetzel noted that though Ashby Lee is a reference to the names of the magisterial districts in the county from which the school’s students come from, those districts likely were named after Confederate cavalry commander Turner Ashby and Gen. Robert E. Lee.

The resolution for taking such an action in Shenandoah County has drawn support and opposition from residents, and Johnston called it a “difficult” topic with preserving heritage on one side and “protecting the well-being of students” on the other.

“What I said as superintendent a few weeks back in my letter was to me it’s what people carry in their heart,” Johnston said on Wednesday. “And I will say, that being said, reading some of the comments, I have found (them) to be very compelling, and on both sides of the issue. Ones I find probably most compelling are students who express having felt harm, embarrassment, personal feelings about wearing the name and not having a choice in that matter.”

Another petition circulated throughout the county, titled “Save Your History,” had over 2,600 handwritten signatures of people who “strongly oppose” the name change when it was emailed to the Northern Virginia Daily on Tuesday.

A group calling itself “Concerned Citizens of Shenandoah County” is asking for a vote of the registered voters in the county to decide the issue, though Whetzel noted that state code puts the responsibility on the School Board to decide school names.

Brenda Foley, a Florida resident who said she was born and raised in Shenandoah County, a 1967 Stonewall graduate who worked at Central High School for 17 years, said on Wednesday that she opposed changes to the school names.

“It’s a Civil War community and it’s been that way forever and ever and you can’t change history,” Foley said, adding that she feels “sorry for the people that don’t understand that this is the way we’ve lived all our lives.”

Foley added that such a change would also place a financial burden, particularly now during the COVID-19 pandemic, on families who would need to purchase new athletic apparel to match the new school name.

Sarah Kohrs, a county resident, alumnae of Shenandoah County’s southern campus schools and the director of the Corhaven Graveyard (which she notes has been historically known as the Sam Moore Slave Cemetery) in Quicksburg, expressed her support of the proposed resolution to retire the school names in letters she wrote to the Shenandoah County School Board and provided to the Northern Virginia Daily.

In a letter written to the School Board on Monday, Kohrs said her great-great-great- grandfather enlisted in the Confederate Army in 1862 and though she recognizes his sacrifice, “it was for an unjust cause.” Kohrs then posed the question: “Why do we keep celebrating this time period over the other 244 years of our county’s history?”

“Yes, let’s be proud of our heritage, but not of the ideals that perpetrated enslavement and genocide. Yes, let’s be thankful for our ancestors, but recognize they were neither immortal heroes nor saints – they were human beings doing the best they could,” wrote Kohrs, who encouraged the School Board to consider “more inspiring, community-building names” for both schools in another letter dated June 20.

“And that’s what we are,” she continued in her Monday letter. “That’s what you are. Human beings doing the best you can. And making sure our county schools are doing the best they can for their students. For our future. For a more compassionate, inclusive, and civil community.”

Whetzel said some county residents have questioned why the School Board is holding the meeting virtually (which it has done throughout the pandemic) with such a controversial topic on the agenda, and Whetzel said the decision was made purely out of safety precautions as COVID-19 remains a threat.

This story has been updated to reflect the correct URL of change.org.