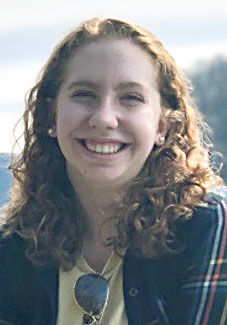 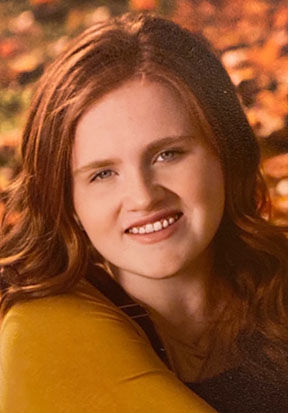 Strasburg's girls tennis team did not get to have their first season, but the two seniors made a big impact on the program that will be felt for years to come.

Strasburg's Jana Bowman and Karlie Sine were the only two seniors on the first-year team, which had its season canceled due to the COVID-19 pandemic.

No one had more impact on the program than Bowman, who had been trying to get the school to have a tennis team for the last four years.

"Honestly, I had absolutely no background in tennis," Bowman said. "In ninth grade my friend and I just wanted to play tennis and we knew Strasburg didn't have a team. So we advocated for it for a few years. Then it just happened, it started out as a club for two years. Eventually this year it was a team, which was great. But I had absolutely no background in tennis. I just thought it would be fun to play."

Bowman said it wasn't easy to get the program to happen. The last two years the boys and girls formed a club team and finally this season they got the go-ahead from the school to have varsity boys and girls tennis.

"It took a lot of advocating," she said. "It took a lot of trying to find girls and guys that were willing to play. It was hard because everyone has their own thing. I found it difficult to find people that were willing to start something completely new. A lot of it involved fundraising, which our coach, coach (Deanna) Dillman and her husband were so heavily involved with. We had a lot of support from our athletic director, and eventually it just all worked out this year. The stars finally aligned for us to have a team."

Dillman coached the club team for the last two years before taking over the varsity girls tennis program this year. Bowman said even having the club team was a lot of fun.

"We would all cram onto one tennis court in Strasburg and there would be like 14 people at one point all on one court," Bowman said. "We made it work and we all had so much fun with it. I think it was especially fun just because it's not like anyone was trying to compete for the No. 1 spot or anything. We all just were trying to improve ourselves, because we all were brand new. I feel like that was also very beneficial for us not to have a VHSL (Virginia High School League) team the first year, because that competitive edge wasn't really there in the negative way. It was just we were all there to learn from a blank space, and I think that really helped us develop as a team together."

Dillman said that not only was Bowman a pioneer for the program she also was the top player on the team.

"Jana was crucial," Dillman said. "Then Jana is also is my No. 1 seed. She earned the spot. She had a lot of power, and she was an excellent leader. All the girls voted her as captain. She was very encouraging, kind and an excellent leader for the team."

Dillman said that Sine was the last player to come out for the team this year and helped to give them six on the squad so they could fill out a team.

Dillman said that Sine was determined and worked hard to improve at a sport she had never played.

"Karlie had never played tennis before but she was willing to do it and give it a try and worked very, very hard at it," Dillman said. "She didn't let anything stop her. She was very eager to learn, and she worked very hard. She did everything she could to be a beneficial member of the team and she was. She also encouraged people and she completed the team, making it a complete team."

Sine said that Bowman talked her into coming out for the team. Sine said she doesn't play any other sports and thought it would be nice to be part of a first-year program.

"I thought it was pretty cool that I could be a part of something that was just starting out," Sine said. "I was a senior this year and I was like should I even play tennis this year, because it's going to be my last year? But then I was like yeah, I'll just play because it's fun. I'm happy I did because the three or four weeks I did play tennis it was just so much fun. I enjoyed it so much."

Sine said that even though she only got to play for a few weeks, she's glad she went out for the team.

"I learned a lot in just the three or four weeks," she said. "I think I learned just so much in like three or four weeks. Honestly there were only six of us and I just enjoyed how close we were. It was like we were just a small little family. We were all really close."

Bowman said it was nice to see everyone playing and learning during the first few weeks of practice this year.

"It was amazing," she said. "We had a great group of girls. Things were coming together. We had our setup, we had our doubles partners. We had the ladder picked out. We were really building that team chemistry, because we had already practiced with our partners in practice and practiced at that level. So it was going really well. We were having a great time and getting a lot better at tennis."

Bowman said that she enjoys playing tennis and how relaxing it is.

Dillman said that she's heard that many of the returning players have been out hitting during the COVID-19 pandemic and are still working on their games and that makes her proud.

She said that the team coming to fruition was not only a dream for the players but for herself as well.

"It was fantastic to finally see tennis come to Strasburg," Dillman said. "It was Deanna's dream come true, and it was absolutely wonderful. We were so excited. It was something that we've worked really, really hard on for two years with the club. We were actually getting to see it come to fruition, and we were just so excited for it."

Bowman said it was special to see the program finally take off and become reality and to know it will be sticking around.