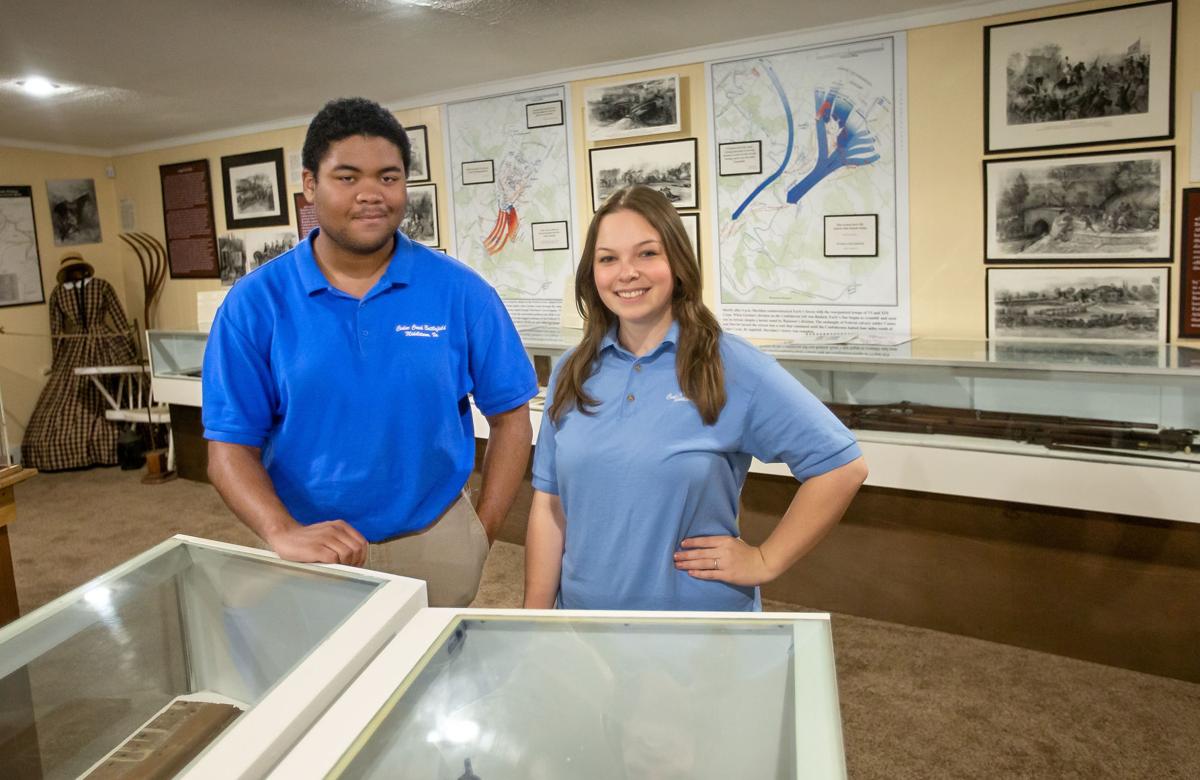 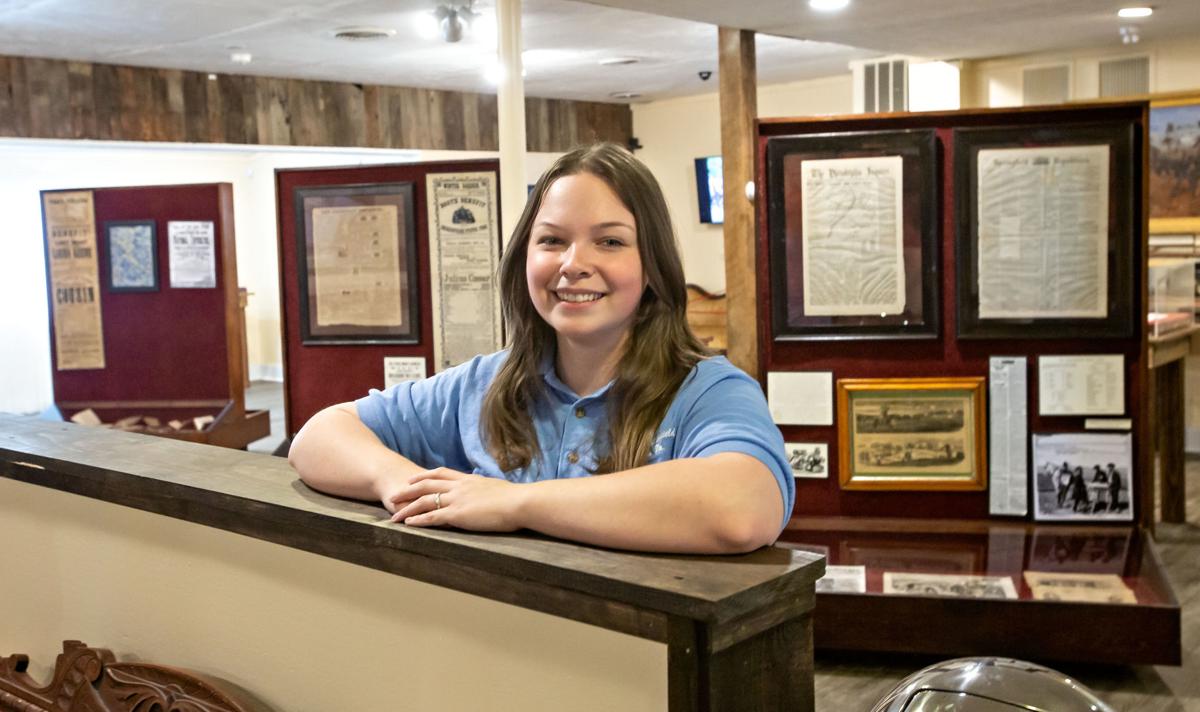 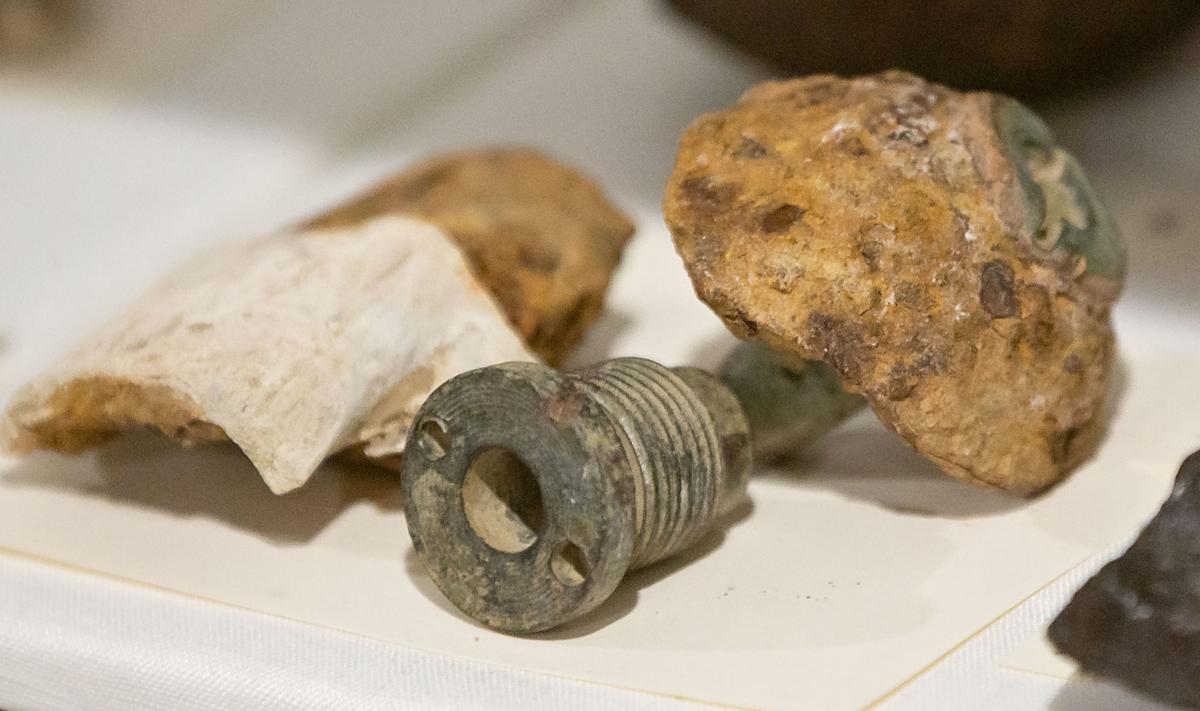 Artifacts are pictured on display inside the new museum. 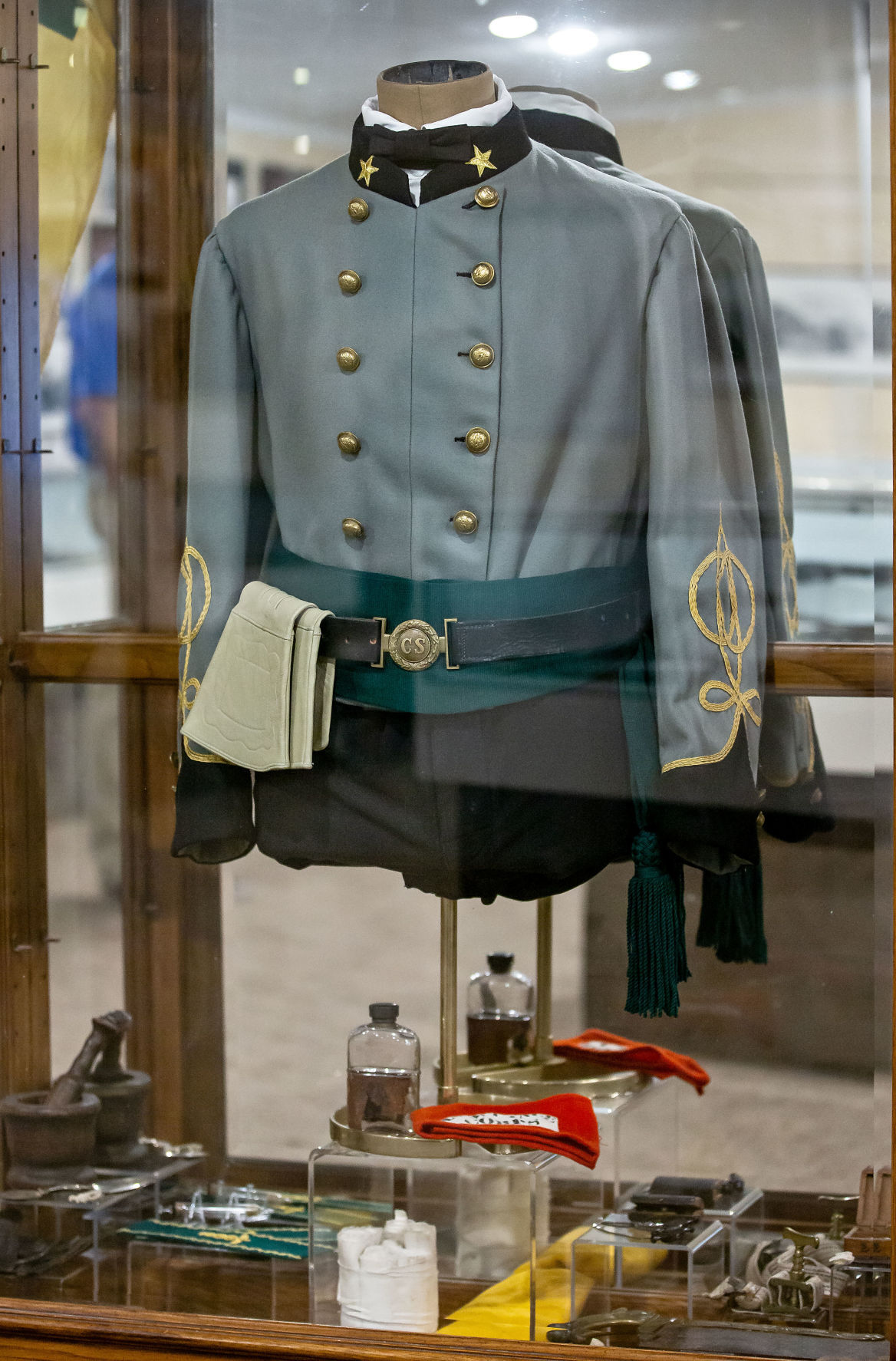 A Medical Corps uniform and supplies are on display in the museum. 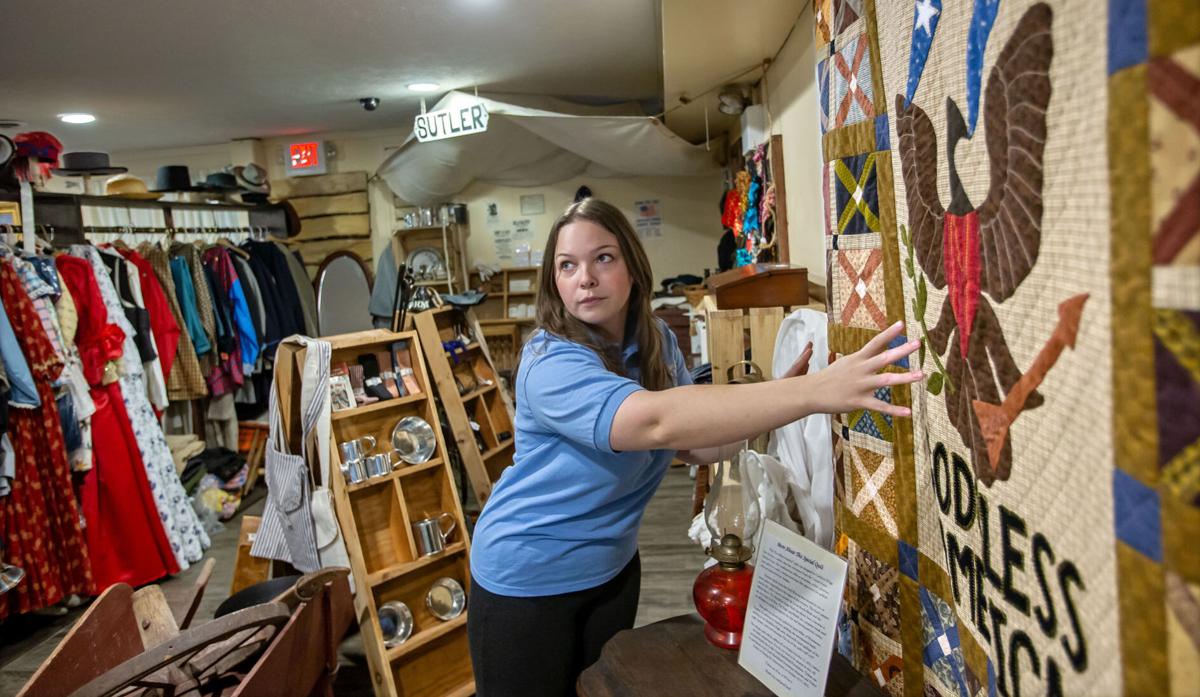 Ashley Sonntag, operations manager and museum curator for the Cedar Creek Battlefield Foundation, shows a quilt by Janet Miller, of Winchester, from a design by Cathleen Wiggs that will be raffled off this fall during the annual Battle of Cedar Creek anniversary weekend.

Artifacts are pictured on display inside the new museum.

A Medical Corps uniform and supplies are on display in the museum.

Ashley Sonntag, operations manager and museum curator for the Cedar Creek Battlefield Foundation, shows a quilt by Janet Miller, of Winchester, from a design by Cathleen Wiggs that will be raffled off this fall during the annual Battle of Cedar Creek anniversary weekend.

MIDDLETOWN — The Cedar Creek Battlefield Foundation Museum and Visitor Center is open and ready to welcome visitors to learn about the Battle of Cedar Creek.

The museum at 8437 Valley Pike had its grand opening on June 5, said Operations Manager and Museum Coordinator Ashley Sonntag.

Admission is free. Guests enter through the gift shop, then walk through a series of historic displays featuring permanent exhibits on the left and a rotating exhibit on the right.

The permanent exhibit tells the story of the formation of the valley and the toll road, now U.S. 11, Sonntag said, as well as the battle and its aftermath.

The battle erupted on Oct. 19, 1864, when Maj. Gen. Jubal A. Early launched a surprise early-morning attack on the Federal army that was camped between Cedar Creek and Middletown.

He attacked in a dense fog that caused confusion among the Union troops, explained Jujuan Johnson, a recent graduate from Gettysburg College who is interning with the Cedar Creek Battlefield Foundation this summer.

Following the attack, the Union troops led by Maj. Gen. Phil Sheridan rallied for a counterattack later that day, and Early’s line crumbled and was forced to retreat.

The current rotating exhibit, which should be on display for about a year and a half, teaches about communication methods during the war, such as newsletters and clippings from area and regional newspapers.

“I wanted it to be an experience when people come in,” Sonntag said.

Initially a volunteer, she worked on expanding it along with retail space that’s been consolidated to allow for more exhibit space.

Much of what’s in the museum was either in the building already or was retrieved from other exhibits to which the foundation had loaned out artifacts.

“They were brought back to this space now that we’ve expanded,” Sonntag said.

Visitors might recognize some Cedar Creek artifacts from seeing them at the Battle of Hupp’s Hill Civil War Park museum in Strasburg. Other items have been collected from residents around the area, she said.

“It’s something that we’re continuing to work on,” said Sonntag. “It’s open, we can interpret, we can tell the stories of the valley and the battle. … It’s a living thing. It’ll adapt and it’ll grow and we’ll build on it as new stories are uncovered.”

Another area in the museum offers items for sale, such as period-style clothing for reenactors and reproductions of accessories that people would have used before and during the Civil War.

By the entrance to the gallery is a quilt made by Janet Miller, of Winchester, from a design by Cathleen Wiggs. The “God Bless America” quilt will be raffled off on Oct. 17 before the Battle of Cedar Creek reenactment and will raise money for the foundation.

Tickets are $1 each or six for $5 and can be purchased at the visitor center during the reenactment Oct. 15-17.

“This is a modern take on some original work,” Sonntag said. “It’s just a fantastic piece and effort that she has made. … It’s a work of art in itself.”

The museum has been a long time coming, said Sonntag, who joined the effort in August when she moved from Philadelphia.

A 2019 graduate in history with a Civil War era studies minor from Gettysburg College, she said she’s excited for the programming, research library and activities that the foundation is planning over the next several months.

Advance tickets for the Battle of Cedar Creek anniversary weekend will be available at the visitor center starting next week.

The site has a couple miles of trails outside and plans to expand them to allow for scouting troops, school groups and others to enjoy during their visit.

Foundation staff hope to host various classes, workshops and events throughout the year to grow interest in the battle as well as history in general.

“All along the Valley Pike, because it was a main artery in the valley, every few miles you’ll hit some sort of marker that explains that there was an engagement there,” Sonntag said.

“So, I have people who come in every weekend who had no idea that there was a battle here.”