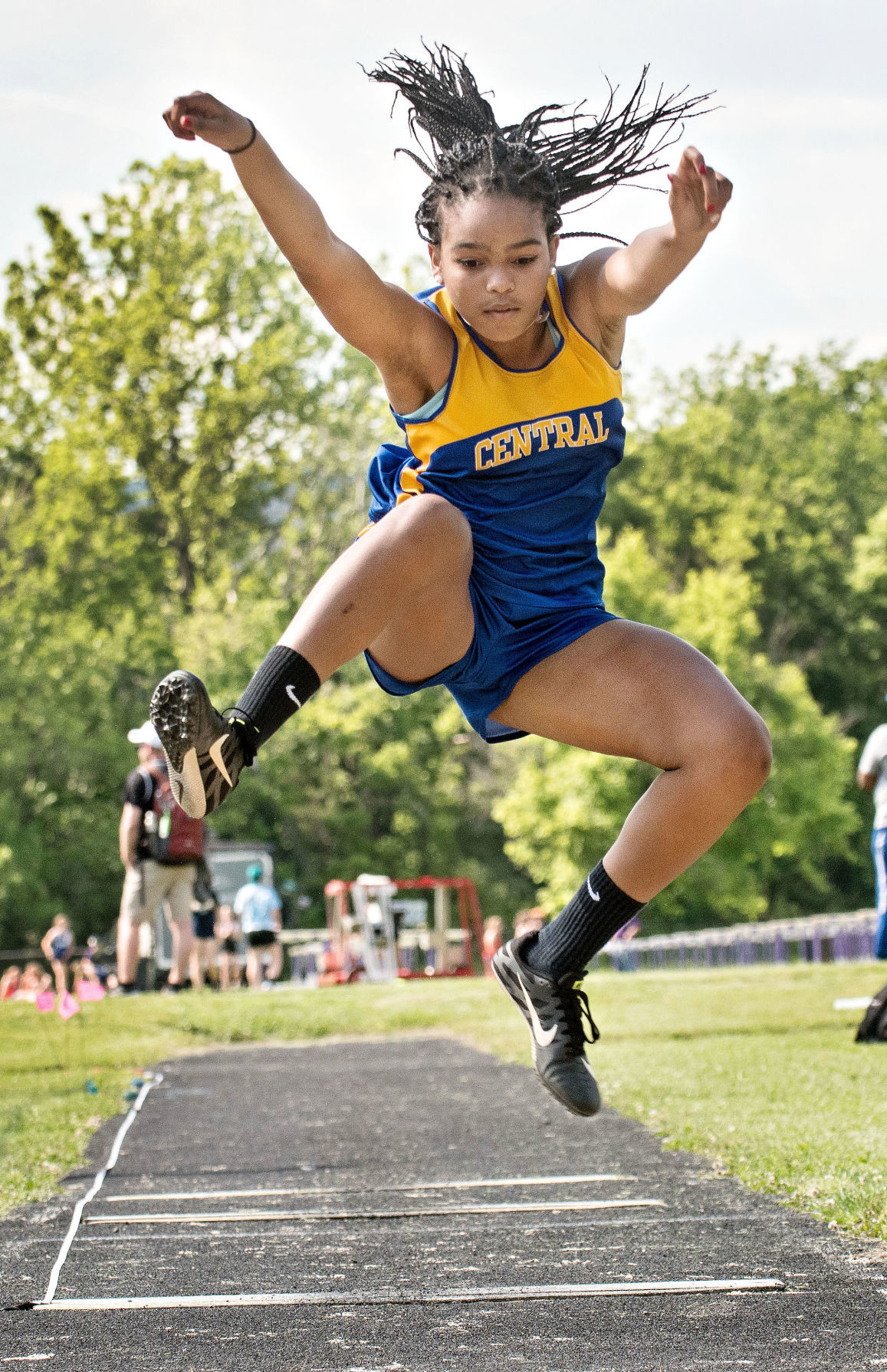 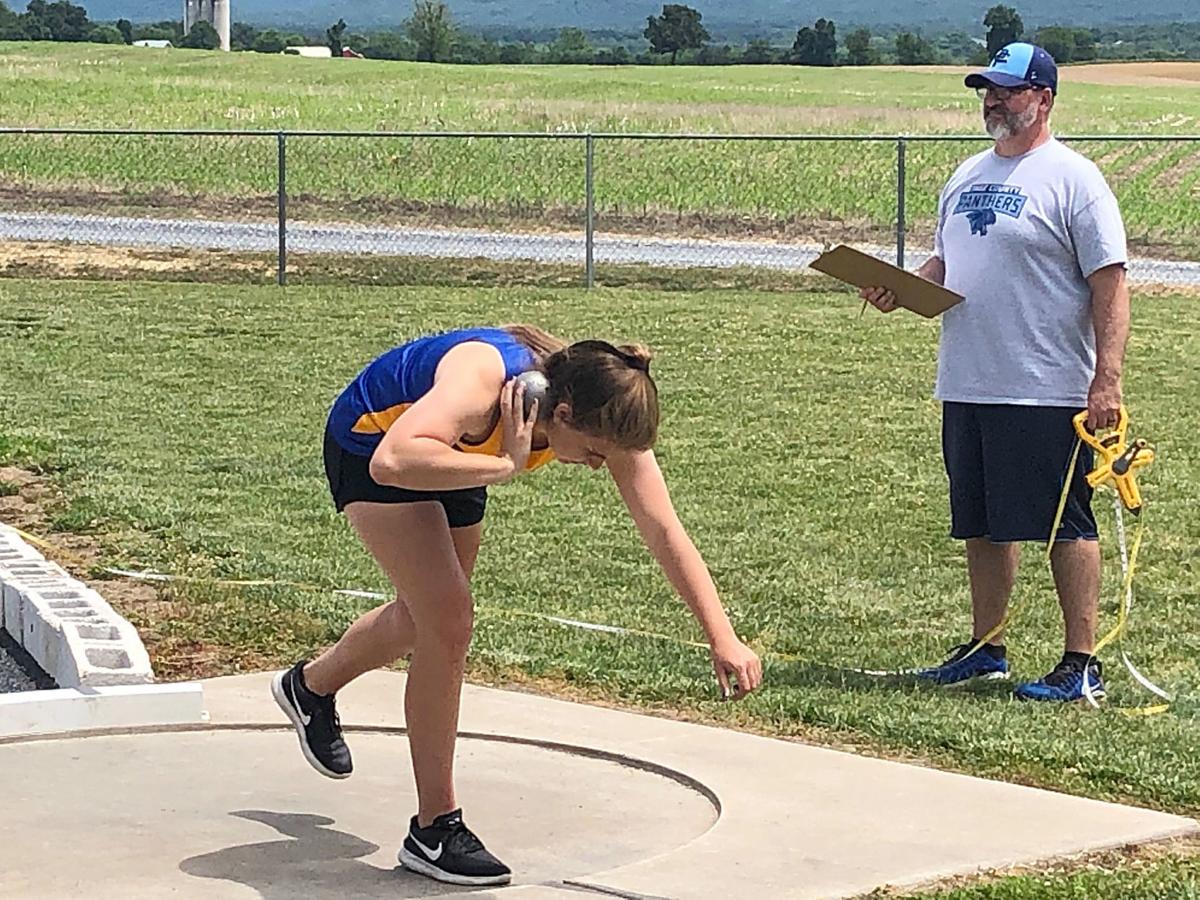 Some of the seniors on Central’s track and field team are longtime members who have spent their entire high school careers with the program. Others were late arrivals who opted to pick up the sport as they progressed toward the end of their time as high school student-athletes.

All of them were part of a group that longtime head coach Rick Lytton said strived to put in the effort necessary to improve.

“They were a group that worked hard,” Lytton said recently. “They also were fun-loving. They were in good moods most of the time. They didn’t pout. They didn’t have attitudes or anything and they were good kids to have on the track team. They worked well. As they got older, they worked well with the younger kids coming up and I just hate that they didn’t get to have their senior season, because we looked for all of them to have a pretty good season and have a lot of success.”

Of the nine seniors on Central’s track and field team this spring, six competed on the girls side, a list that includes Clarissa Cook, Maya Frye-Williams, Kate Kibler and Maria Marston, as well as Chloee Burton and Olivia Wightman, a pair of softball players who were also listed on the track roster in 2020. On the boys side, Landon Shockey -- who was going to try to mix in some track time around his primary spring sport, soccer, in 2020 – Zander Schlademan and Mebrahtom Teklemicael round out the Falcons’ senior list.

No matter their level of experience on Central’s track and field program, none of those seniors will have the chance to finish out their final seasons because of COVID-19.

“It really sucks for all of us,” said Kibler, who has been a thrower in the track and field program since seventh grade. “I was really sad to see my last season go away, but I’ll still always have this sport, everything I did in it. It’ll always be a big part of my life.”

For Kibler, her fondest memory of her time in the program came last season at the Turner Ashby Invitational, where she broke 100 feet in the discus for the first time.

“I remember, the discus came out good and it felt good, and I was like ‘That definitely was an OK throw,’” Kibler recalled. “And then I walked out (of the throwing circle) and the man said 101 feet, and I turned around and I went, ‘What did you just say?’ It was really exciting for me.”

Cook, another four-year member of the varsity track program, said her favorite memory also came during her junior season last spring, when she qualified for the Region 2B Championships in the 100-meter hurdles. It was a particularly special achievement for Cook, who has had to overcome a medical condition that causes her to frequently pass out when she overexerts herself.

“I passed out pretty much ever since I started running track my freshman year, so it’s been hard for me to run,” said Cook, who had to cut back on running the 300-meter hurdles because of the condition. “When I made it to regionals last year I was super excited because I didn’t think I was gonna make it because I was always passing out.”

Marston, who joined the track program for the first time last season, noted that her most memorable achievement was also qualifying for and competing in the regional championships in the shot put.

Frye-Williams, a three-year member of the program and a state qualifier in the long jump, recalled the Bull Run District Championships at Strasburg being her favorite memory.

Lytton said he was anticipating good seasons from Cook, Frye-Williams, Marston and Kibler in 2020. He added that Cook has worked hard to become a better hurdler and was improving all the time, and that Kibler has “improved greatly” since her freshman season and was nearly hitting state-qualifying marks in the discus during practice this preseason.

“I’ve learned that you really can’t give up,” said Kibler, who had aspirations of making the Class 3 State Championships this spring. “I’ve thrown since seventh grade and I’ve come a long way since then. You always have to work, keep working, and you’ll get to where you are.”

Frye-Williams said playing high school sports taught her lessons in maturity and leadership. Marston said she’s learned accountability and the value of hard work during her time as a Central athlete.

“Being an athlete, it pushes you to be a better person overall,” Cook noted, “to have patience, to have strength and all that.”

Cook said Central’s track and field program felt like a family and noted the impacts made by Lytton and his coaching staff on the Falcons’ student-athletes. Kibler said the team had a “good group of kids” during the seniors’ brief final season, and Frye-Williams added that she formed some great relationships during her track and field career.

“I actually got to know a lot of people from just track in general. I made a lot of friendships with them. Some people that I didn’t even think I would end up being friends with, I ended up being friends with,” Frye-Williams said. “And the coaches have been amazing. They always had great attitudes and they helped me a lot with different stuff. They were always there for me.”