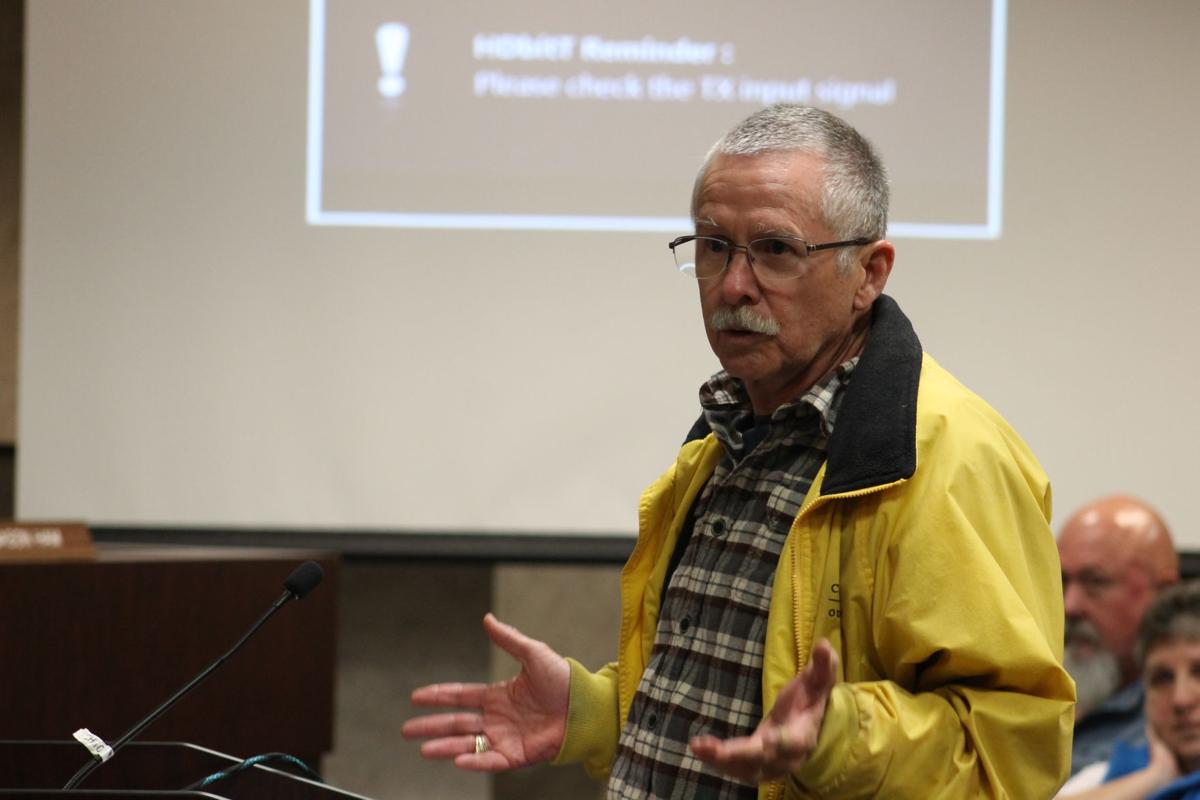 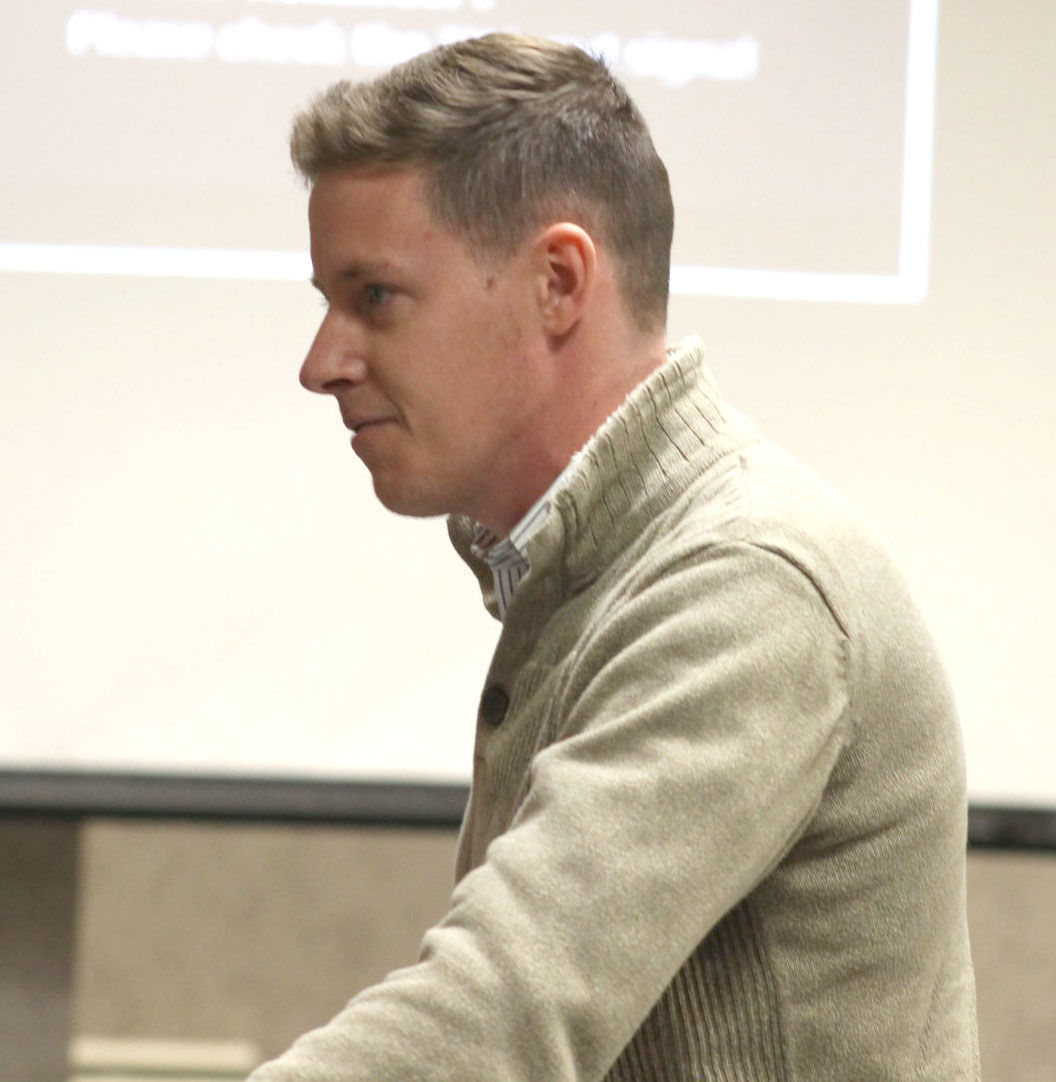 Matt Spiker, of Maurertown, urges county supervisors Tuesday to pass a resolution to designate the county as a “Second Amendment sanctuary.”

Matt Spiker, of Maurertown, urges county supervisors Tuesday to pass a resolution to designate the county as a “Second Amendment sanctuary.”

WOODSTOCK — Shenandoah County residents came out in force Tuesday to push for protection of their right to bear firearms.

The Board of Supervisors could consider adopting a resolution to deem the county a “Second Amendment sanctuary,” joining a growing number of localities taking a pre-emptive, albeit symbolic, stand against gun-control legislation expected to come before the General Assembly in January.

Dozens of the more than 1,000 people in attendance at the board meeting spoke in favor of the proposed resolution. A handful of other attendees urged the board not to adopt the resolution, warning that doing so could open the county up to legal challenges that could cost taxpayer dollars.

A few speakers cited previously proposed legislation pushed by Gov. Ralph Northam and others aimed at curbing gun violence: so-called “red flag” rules that would call for alerting law enforcement agencies as to potential threats involving firearms; increasing the age of gun ownership; and others seen by opponents as limits on Second Amendment rights. Most people who spoke in favor of the resolution expressed fear that the state would take their firearms and could go further to infringe on other rights.

One speaker recited the preamble to the U.S. Constitution before asking military veterans to stand who then sang “The Star-Spangled Banner.” At least a few speakers told supervisors they would not give up their firearms if the state came for the weapons. Some speakers blamed gun-related violence on what they called a decline in family values or on video games with violent content. Other supporters of the resolution voiced concern that the General Assembly could make it a crime to teach children how to hunt.

Ashley Spiker, of Maurertown, and her husband Matt Spiker spoke in support of the resolution. Ashley Spiker said her husband, a member of the U.S. military, will return to duty soon, leaving her alone with their children. She said the family lives in a rural part of the county that would take law enforcement some time to get to should an emergency arise.

“I need to know I have the ability to protect myself and my daughters when necessary,” Ashley Spiker read from a written statement. “I’m urging you to vote to make Shenandoah County a Second Amendment sanctuary so people like myself can continue to have the right to protect their families.”

Karen Kwiatkowski read a statement by the Republican Women of Shenandoah County in support of the resolution. The statement notes the increasing support for, or consideration of such a resolution.

“We see assembled here many of our fellow citizens here to support our God-given constitutionally protected right to bear arms,” Kwiatkowski read. “Virginia has many laws in place that regulate the sale and possession of firearms.

“Virginians have no need of, and will not benefit from further restrictions,” Kwiatkowski went on to state. “We believe that this push against our natural and fundamental right to self-defense or bear arms is the beginning of an assault on the entire U.S. Constitution, an assault not only on the Second Amendment but I think an attempt to further weaken the state and citizen protections described in the First, the Fourth, the Ninth, the 10th and the 14th Amendments.”

Carolyn Long spoke against the resolution.

“I believe this resolution is divisive,” Long read from a written statement. “It comes from fear and paranoia that is fueled by a political action committee wielding its influence.

“I would question why this board would allocate any of its energy debating on an issue that separates its community and is based on pure emotion,” Long added.

Maurertown resident Mark Pierce echoed some of Long’s concerns. Laws and regulations operate under the U.S. Constitution and, as such, the Second Amendment does not need “sanctuary,” Pierce explained.

“We live in an area where hunting and gun possession are part of the fabric of life for many and are accepted and supported by that majority of its citizens,” Pierce said. “The real purpose of the resolution under consideration ... is not to address some perceived legal wrong but to inflame both sides of gun rights and gun control/safety debate.

“This resolution has no legal basis and is contrary to our state’s ‘Dillon Rule,’ so this is all semantics basically,” Pierce added, going on to state that the ‘Dillon Rule’ made it illegal for Charlottesville to declare itself a ‘sanctuary city’ in the context of a different political issue — a locality that refuses to work with federal immigration agents in rounding up undocumented migrants.

The Dillon Rule means that a county has only power as granted to it by the state.