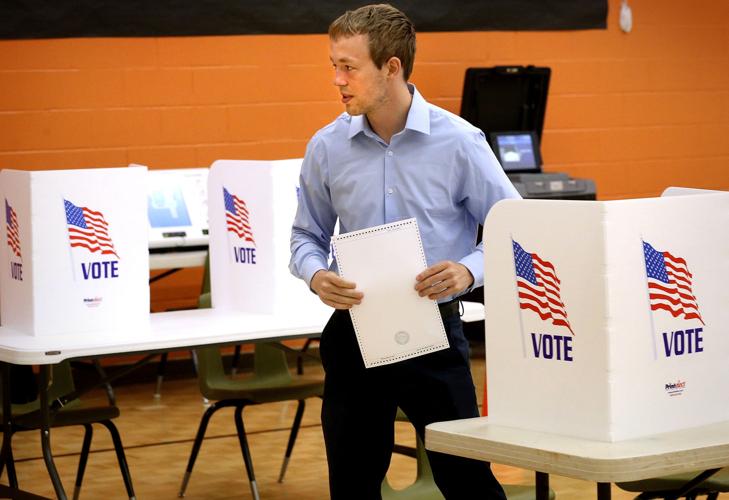 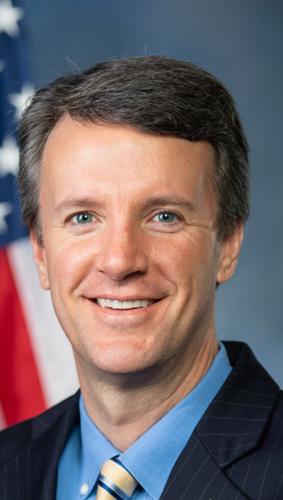 “I am so grateful to the Republican voters of Virginia's Sixth District who have asked me to continue fighting for life, liberty, and the Constitution as their nominee for the U.S. House of Representatives this November," Cline said in a statement. "I want to thank the many volunteers who made calls, knocked doors, and worked polling locations for my campaign today."

Cline added that he looks forward "to continuing our campaign in the months ahead as we discuss the issues that matter most to voters and how we can work together to find real solutions to the challenges we face as a Nation.”

On Tuesday night, Hale congratulated Cline for winning the nomination and thanked him for "running a respectful campaign."

"I’m confident he’ll continue to be a conservative champion for our district," he told The Northern Virginia Daily via text message. "It’s time for our party to unite and make sure we capture Republican majorities in the House and Senate this November!"

Hale thanked his supporters for their hard work, adding that "I'm sorry it wasn't the result you hoped for." He also thanked GOP committees in the 6th District "for treating our campaign so well."

In Shenandoah County, outside the Toms Brook Fire Department polling location, Anna G. Bauserman, said she voted for Cline because of his conservative viewpoint. Cline is a former prosecutor and state delegate seeking a second term in Congress.

“He hasn’t been around like the some of these other antiques, but it’s good to have experience,” Bauserman said.

In Warren County, a voter, who declined to give her name, said she voted for Hale because she was looking for new ideas.

“He does a better job at explaining,” the voter said. “The older ones just have a way of [being] stuck in their ways.”

The 6th Congressional District, which was redrawn at the end of last year to include Frederick and Clarke counties, stretches from Roanoke along the Interstate 81 corridor to the West Virginia line.

Early voting had underway for weeks and was held at the registrar’s office down the hallway, which may have led to the confusion, Sigurdson said.

At the Toms Brook Fire Department, 85 voters had submitted their choice by 3 p.m., poll worker Earl Irvine said. The tally did eclipse the polling location’s goal of 50 voters by noon, he added.

Tuesday afternoon, Hale said he felt like he had a lot of momentum and encouraged people to get out and vote. An attempt seeking comment from Cline was not immediately returned.

In Winchester, Vincent Di Benedetto said he voted for Cline since he’s a mainstream conservative, although he didn’t approve of Cline voting against certifying the results of the 2020 presidential election.

He said addressing the economy and reducing the national debt are among his biggest priorities as a voter.

“Inflation is a big thing,” said Di Benedetto, outside his polling location at Virginia Avenue Charlotte DeHart Elementary School. “I’ve saved all my money for my retirement. Now, I see that getting eaten away. That’s a really big issue for me.”

He also thought Hale was too young to serve.

“I’ll tell you, frankly, I don’t think 28-year-olds belong in Congress,” Di Benedetto said. “And I didn’t used to think that when I was 28. But I’m 62 now and you know, I’m just a little suspicious of people that young who want to go in there.”

At Christ Episcopal Church in Winchester, Donald and Beth Louque and their adult son Donald Louque IV all voted for Cline.

Don Louque said he’s met Cline a few times and believes he “has done a good job thus far.” He sees Cline’s experience in Congress and his history as a Virginia House of Delegates member as a positive.

Don Louque said enforcement of immigration laws was an important issue for him and his son said Second Amendment rights was important to him.

Winchester resident Laura Cutright pointed to the baby formula shortage among her concerns, adding she wants to see a “red sweep” in Virginia after being disgusted with the way things are right now. She thinks President Joe Biden is a “moron.”

Todays Republican party. They will vote for a guy who is guilty of sedition against our Government.