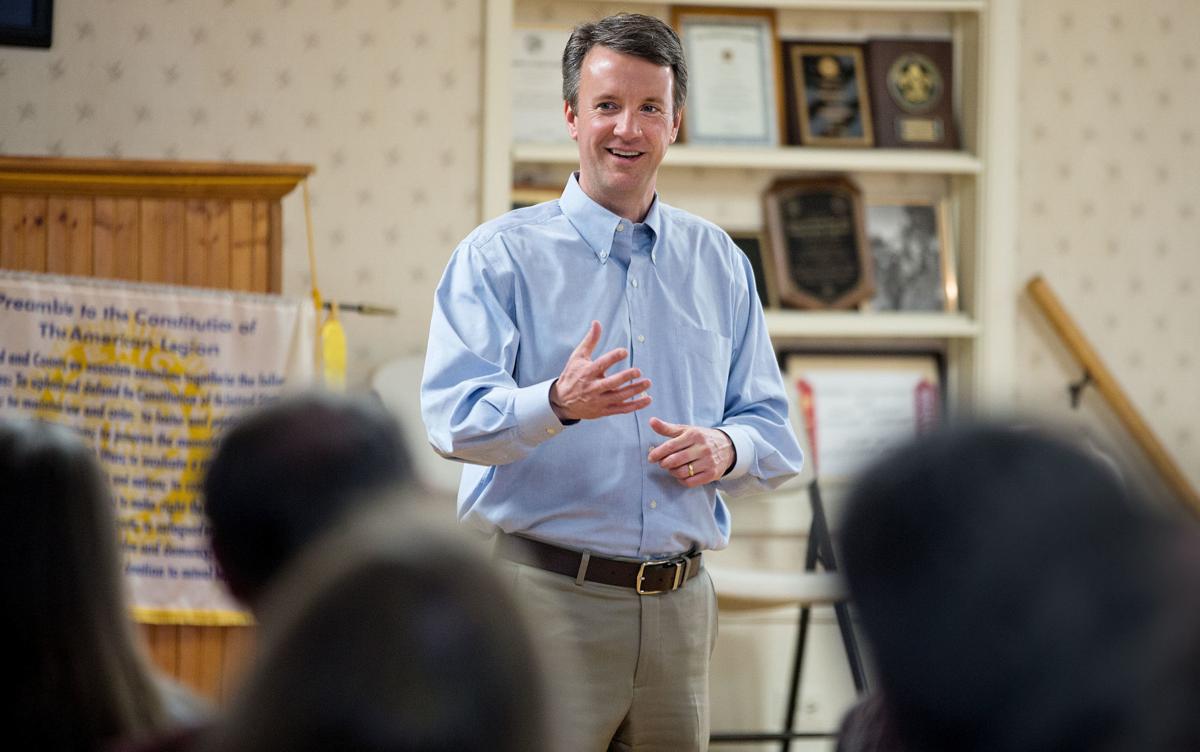 U.S. Rep. Ben Cline, R-Lexington, speaks to a group of constituents during a town hall meeting on Tuesday at the American Legion Post No. 53 in Front Royal. 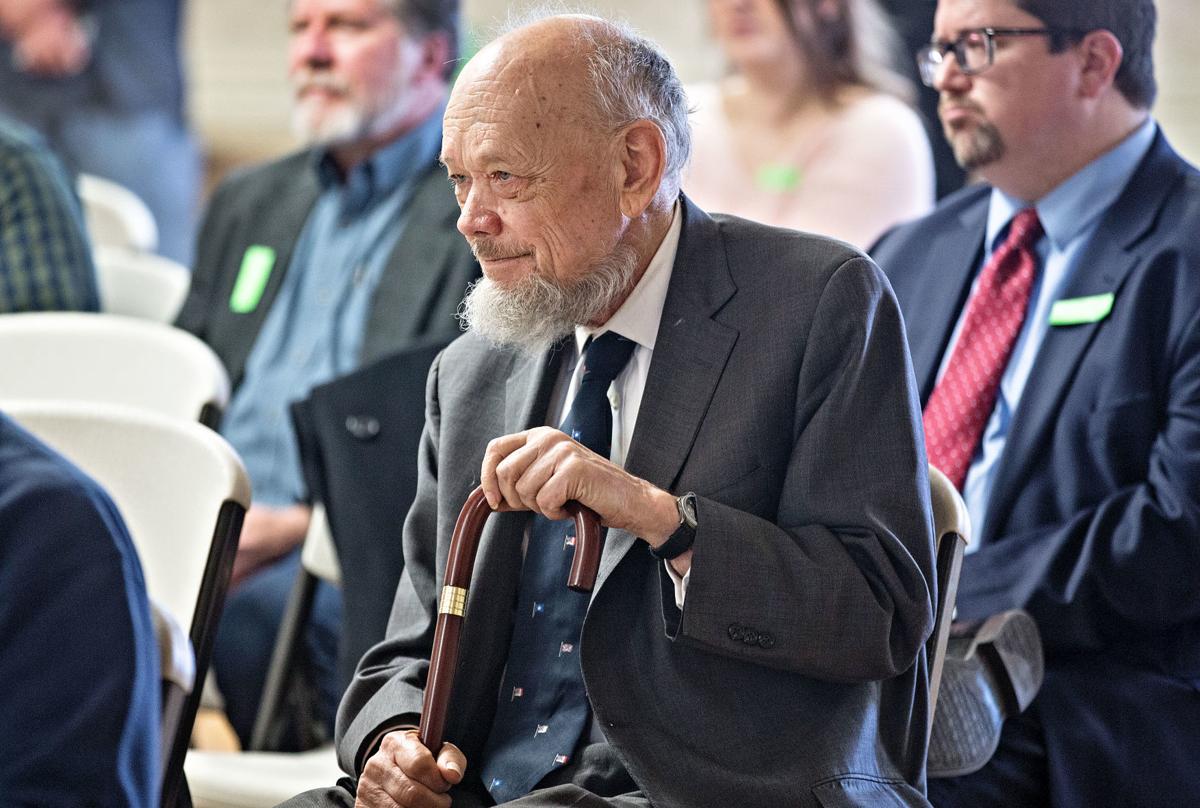 U.S. Rep. Ben Cline, R-Lexington, speaks to a group of constituents during a town hall meeting on Tuesday at the American Legion Post No. 53 in Front Royal.

FRONT ROYAL — U.S. Rep. Ben Cline covered an array of topics during a Tuesday town hall meeting at the American Legion Post 53 including the threat of socialism, President Donald Trump and abortion.

Cline opened the town hall by giving an overview of his first several months in office, which have included being appointed to the Education and Labor and Judiciary committees.

Having previously served in the Virginia House of Delegates, Cline said he is quickly learning that there is a big difference between Richmond and Washington, D.C. He noted that in Washington there is no pressure to balance the budget, and he is working to reintroduce the phrase “we can’t afford it.”

Cline said although that is not a popular political sentiment today, “hope springs eternal” and he remains “the wide-eyed optimist” who will continue “beating the drum of fiscal responsibility.”

Cline noted that he was appointed to “the two least bipartisan committees in house.” He said he will attempt to be friendly with everyone and is trying to enhance bipartisanship by “playing speed dating with Democrats.”

Cline was asked if socialism is a threat to America, to which he responded it is indeed.

“I wish that the threat of socialism was in theory rather than a reality. But when Bernie Sanders is able to bring in $6 million in contributions on his first day as a presidential candidate, I take it seriously,” he said.

Cline added that Sanders’ views are not the “rantings of a crackpot old man” but “the real policies of someone who has a shot at becoming president.” He said citizens need to become educated on past damages wreaked by socialism throughout the world and relay that to the younger generation.

Regarding late-term and after-birth abortions, he said that should not be a conversation with much debate.

“The Declaration of Independence gives every American the right to life, liberty and the pursuit of happiness...it starts with life,” he said.

Cline was also asked if there is any scenario that he would not support President Donald Trump and the Republican Party. He responded that he swore an oath to support the Constitution and he was not elected to “follow any one person.” He added that Trump is “definitely stirring things up in Washington,” has “challenged the status quo” and asked questions on how the federal government became “broken.”

Cline added that he was elected to represent the 6th District as a whole and he is doing his best to that “each and every day.”

“I will continue to do that with your input. If you disagree with something the president is doing, tell me...I don’t agree with anyone 100 percent of the time,” he said.