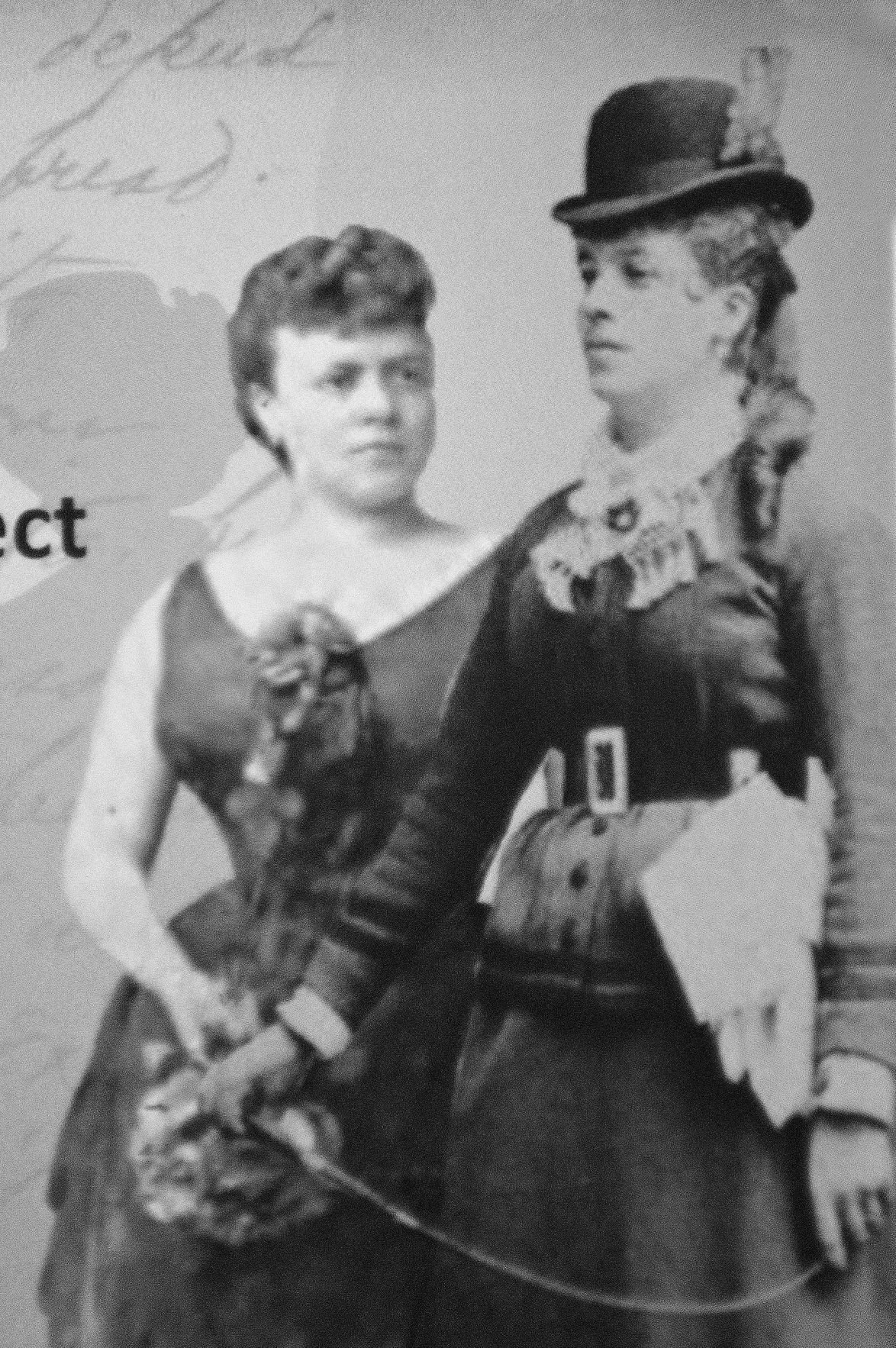 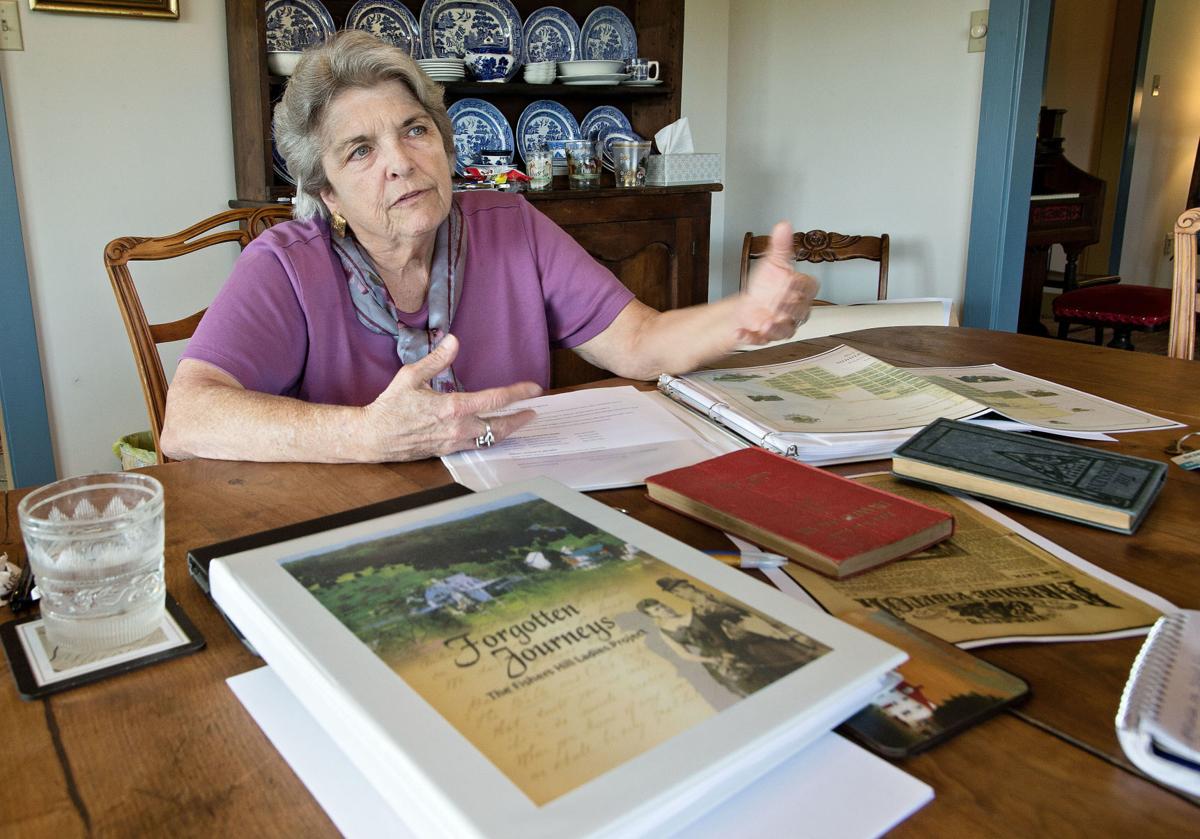 Years after Bertha Von Hillern had ended her career as a world-class endurance walker and hotel muralist, becoming instead a successful baker, a reporter from The Winchester Star recognized her on the street.

“Gray-haired and small,” Von Hillern was hunched over as she sold rolls, the reporter described in a 1924 article.

The short description of Von Hillern from a two-part series about her is one of the most exciting details that historian Cheryl Lyon has so far gathered about Von Hillern and two others who lived in the valley during the late 1800s and early 1900s.

The three women — Von Hillern, Maria a'Becket and Emma Howard Wight — were successful artists (Wight a writer and the other two painters), but as of 2018, they had all but disappeared from history.

Then Lyon, while researching picnic grounds near her family’s property in Fisher’s Hill, stumbled upon the stories of the women and realized that she had made a momentous discovery.

Lyon approached Gloria Stickley, then president of the Strasburg Museum, and has since recruited museum board member Hope Brim and Fisher’s Hill resident and military historical researcher Neil Thorne to help with the Fisher’s Hill Ladies Project.

Now with the project nearly finished, Lyon is planning to publish a book about the women this fall in time for the dedication of a highway marker in Fisher’s Hill where the three women lived in the 1890s.

“It’s just been this constantly evolving process,” Lyon said. “The amount of information is just overwhelming.”

With some blanks yet to fill in, Lyon is asking for the community’s help in gathering more information that people anywhere along the East Coast may have in their attics or hanging on their walls.

An especially prolific painter, a’Becket produced more than 500 paintings, Lyon said. She had given about 200 to the Catholic Church, though Lyon wasn’t able to track any down. The remaining 350, which were left to her brother, are largely unaccounted for. Though 10 sold at auction, the others could be anywhere, Lyon said.

Any paintings that community members find can be documented with photographs, Lyon said, so she won’t need anyone to donate their treasured family heirlooms to the project.

Lyon is also looking for more information on the years when Von Hillern lived first in Fisher’s Hill and later in Middletown and Winchester.

She also still needs a photograph or a painting of a’Becket.

“Photographs of any of the three would be just thrilling,” Lyon said.

“If I could pick one thing … those constitute the one thing,” she said. “Photographs of the three.”

Though “very unusual” not to find photos of successful people of the time, she said they could have been memorialized in painted portraits too.

Recalling the description of Von Hillern in the 1924 news story, Lyon said it was remarkable learning that the reporter had recognized the woman on the street all because of what he had read about her in a story by an editor from the Louisville Journal and collected about her over the years.

The reporter proceeded to write about her competitive walking career, including information he had gathered about her and kept in a scrapbook.

It was an especially nice tribute, Lyon said, considering the fall from public knowledge and society that all three women experienced later in life.

The oldest of the three, a’Becket died in 1904, but Wight and Von Hillern lived 30 more years, remaining successful until the Great Depression hit them hard and they ended up in the Frederick County Poor Farm in 1933.

Wight died in Winchester on June 23, 1935. She’s buried in the Stranger’s Lot at Mount Hebron Cemetery, where Lyon said people from the poor farm were buried.

Von Hillern, who developed dementia around 1934, died Sept. 20, 1939, at Western State Hospital in Staunton, where she’s believed to be buried in a cardboard box.

“I find the end of their lives kind of sad,” Lyon said. “That reporter doing that story really touched me.”

Another big discovery for her came from Front Royal resident Geraldine Curtis, the great-granddaughter of May Marshall, from Chicago, who had raced against Von Hillern.

Meeting Curtis and hearing about Marshall was “one of the most meaningful for me,” Lyon said.

Lyon will be at the Strasburg Mayfest event on July 3 with information about the Three Ladies of Fisher’s Hill and said she hopes to spread the word to anyone who might have information for her about any of the women.

“We think there are more out there,” she said.

Brim suspects that she and the project team will likely keep making discoveries after the book is finished but are committed to keeping the fall deadline.

“When do you know when you’re finished? At some point you just have to say, ‘that’s it,’” said Brim.

“I just hope that we can find a few more [paintings] here in the valley,” she said. “Up and down the valley we’re hoping there are possibilities.”

The three women of Fisher's Hill