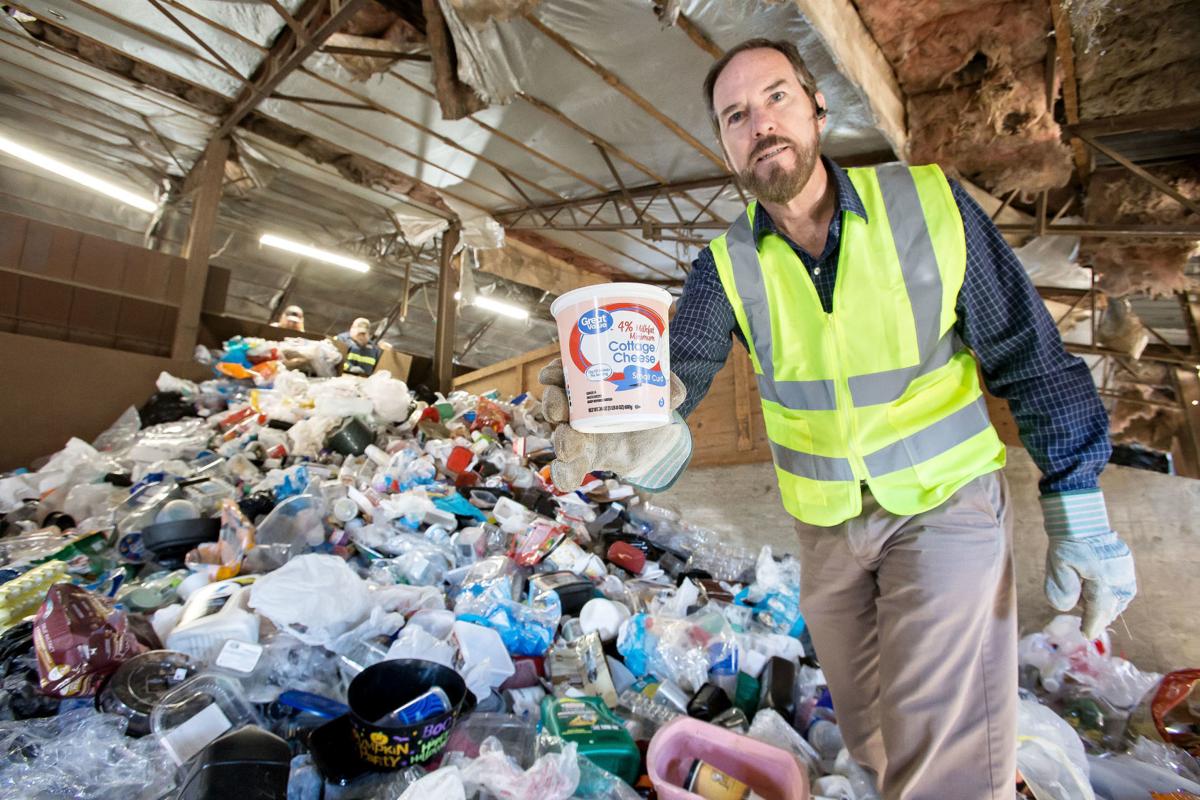 Patrick Felling, Director of Solid Waste Management for Shenandoah County, holds a plastic container that he picked out of this pile of plastics that are no longer recycled at the landfill. 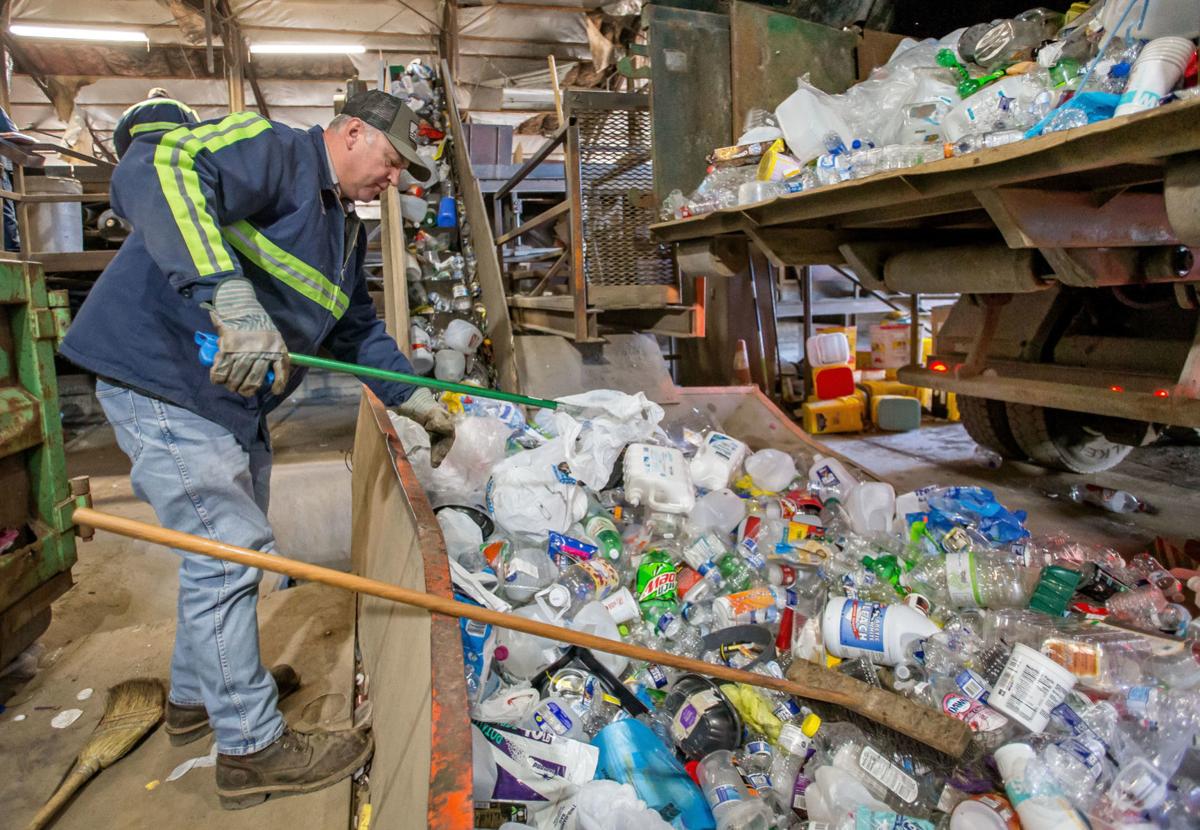 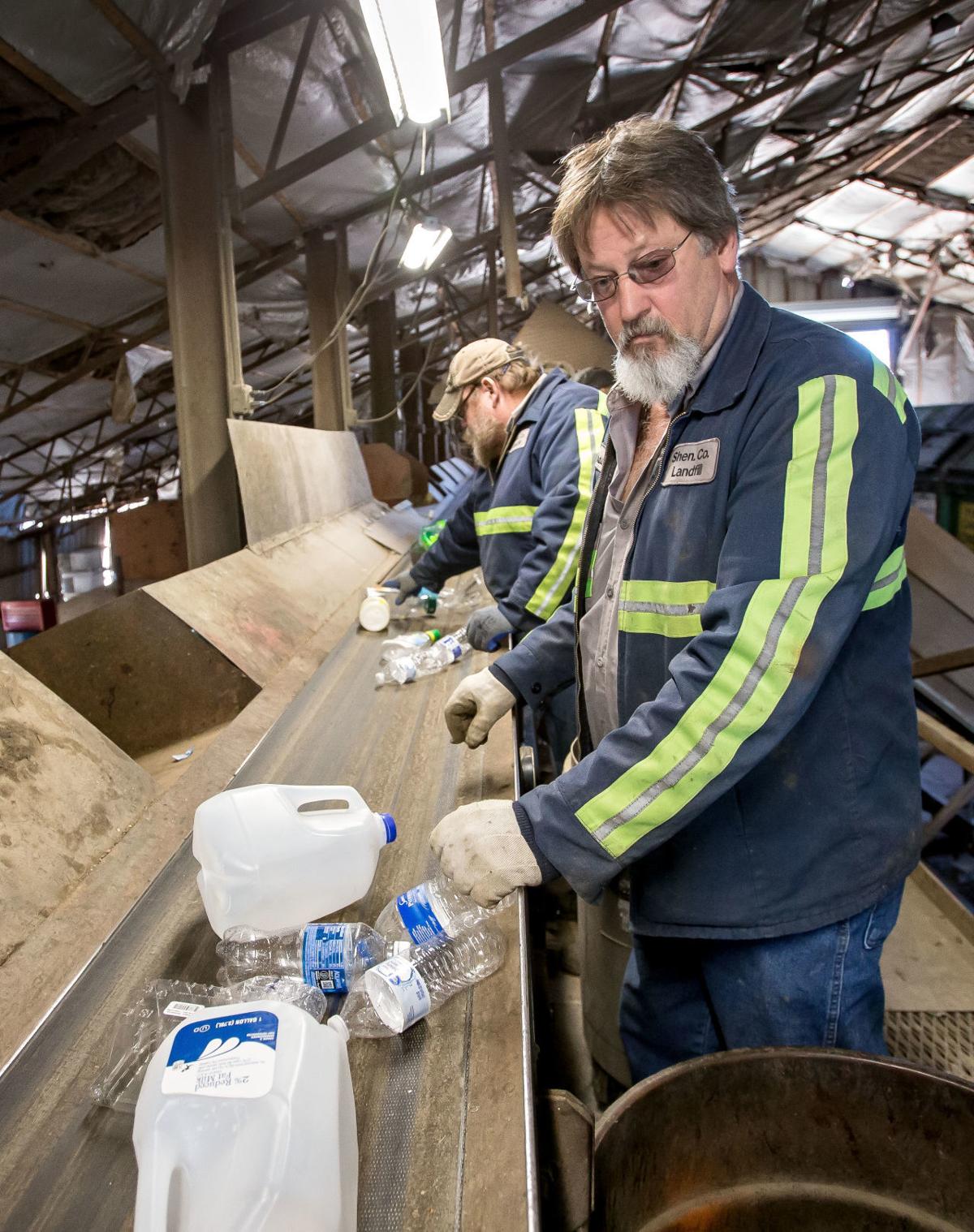 Patrick Felling, Director of Solid Waste Management for Shenandoah County, holds a plastic container that he picked out of this pile of plastics that are no longer recycled at the landfill.

Shenandoah County no longer takes certain types of plastic for recycling in response to the waning market for reusable materials.

Officials announced Wednesday that effective immediately the county only accepts specific types of plastic bottles and jugs for recycling.

Shenandoah County Director of Public Services Patrick Felling told members of the Board of Supervisors in February the recycling vendor would no longer accept most types of plastics. The vendor now accepts only plastic with the numbers 1 and 2, in bottle or jug form. County officials ask users of the trash and recycling collection sites to deposit only those plastic items identified with the number 1 or 2.

County Administrator Evan Vass explained that the solid waste program tried to find another vendor that would recycle the other types of plastic but could not locate any viable alternatives.

The county will continue to collect cardboard, paper, glass, aluminum and other scrap metals.

The policy change means the county no longer collects the remaining five numbered types of plastic, Felling said. The vendor also has advised the county that it will not accept plastic bottle caps, he added.

“I would have to say because it’s become such a complicated process now for sorting, I would simply recommend that anyone send a bottle or jug to recycling,” Felling said.

The plastic materials the county cannot recycle will be disposed of in the landfill. The county collected and shipped out approximately 85 tons of plastic of all seven types, Felling noted in an email.

“We don’t yet know what portion of that was bottles and jugs (numbers 1 and 2), but we believe the majority were numbers 3 through 7,” Felling stated. “That indicates the amount we ship out for recycling this year could drop to less than half of what we were able to recycle last year.”

Bottles and jugs make up less than half of the plastic collected at county sites, Felling estimates.

“We don’t want to put any of that in the landfill if we can avoid it,” Felling stated, “But at least we can send out all the bottles and jugs for recycling.”

The policy change also means the landfill would fill up quicker, requiring the county to close cells earlier than necessary. The county has spent millions of dollars to close cells and open new ones.

The restriction on certain plastics means department employees must spend hours each day sorting and separating the material the county cannot ship out for recycling from the items accepted by the vendor.

“Right now the market is such that no one even wants to be hanging on to it,” Felling said.

Shenandoah County joins a growing number of communities in Virginia and across the country that changed their recycling programs and eliminated some materials they used to collect. Frederick and Rockingham counties and the cities of Harrisonburg and Winchester have already restricted their recycling to plastic types 1 and 2.