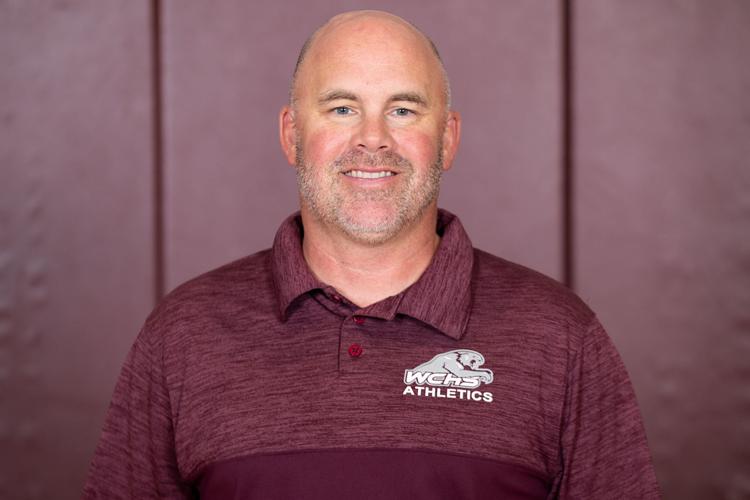 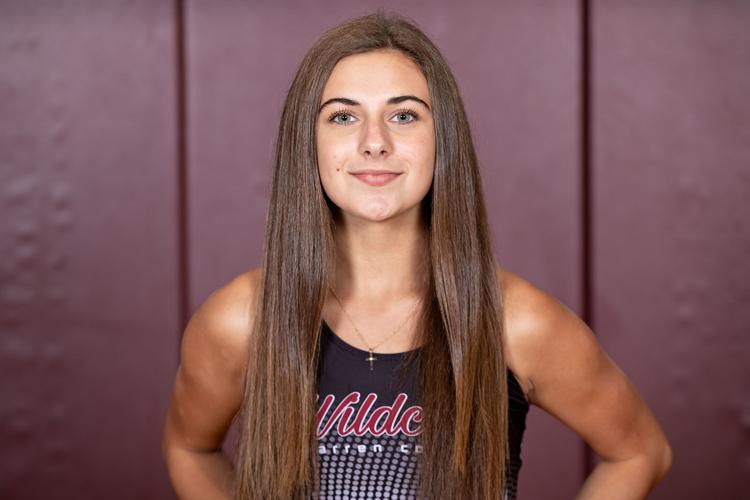 The Wildcats have performed well in all of their meets, including sweeping longtime rival Brentsville last week.

Tanner said he has a young boys squad and he's been impressed with how they've done.

"On the boys side four of the seven guys are new to varsity," Tanner said. "Three of them are new to running completely. So it's a rebuild, but we are rebuilding at an expeditious pace. I think they're doing well. I'm kind of excited to see where this goes."

Warren County participates in the Oatlands Invitational on Saturday.

The Falcons have had success, especially on the girls' side this season.

The girls team beat Madison County, Luray and Rappahannock County in a meet last week, despite not having two of its top runners. Sisters Asia and Laniah Hoover were on vacation last week.

Leading the way for them at that meet was Eden Shelhamer, McKenna Rimel, Anika Perry, Lucie Erickson and Ava Pulizzi.

"The girl's team is off to a good start," Central coach Melissa Wright said. "I feel that our depth is better this year. Eden led the way last week at our meet. First year McKenna Rimel is contributing big to start her cross country career. Anika is doing well and should continue to improve as she adjusts to racing three miles. I have been impressed with Lucie and Ava's work ethic."

Central's boys team lacks depth and had only four runners for last week's meet, but Wright said she is seeing progress from the team. Hayden Pence, Isaac Barb, Elliot Artz and William Eberly have been leading the way.

"The boy's team is working hard," Wright said. "They should continue to improve as the weeks go by. Hayden and Isaac are strong runners."

Central runs in the Alleghany County Invitational on Saturday.

The Generals have been enjoying some success this season, especially with the girls team.

"They provide a wonderful 1-2 front for the team with our others getting in greater condition daily," Mountain View coach Mary Clanahan said. "This provides an interesting combination of wonderful young women who get along well and are supportive of each other. The district meet could prove to be very interesting for the Lady Generals."

The boys team has also had success, despite being young. Mountain View's boys team has been led most of the season by Aday Martin-Fonseca, Tai Croushore and Charlie Hoover. Chris Bonnet, Kyle Layman, Landon Brinkley and Micah Nichols. Four of the top seven are freshmen.

"Sophomore Aday Martin-Fonseca has come into the season with a new outlook," Clanahan said. "As has junior Tai Croushore, who are our lone returners. With the addition of five freshman and a new sophomore they look young on paper, however they are very seasoned. Many of the freshmen we gained were on the North Fork Middle School Cross Country District Championship team a year ago."

The Warriors are coming off a strong performance last week at the Escape the Rock Invitational at Rock Ridge. Sherando's girls finished fourth and the boys team finished fifth.

Sherando's girls team has been led all season by Emma Ahrens, who finished second last weekend, and Eva Winston, who finished seventh. But they've also had a lot of depth.

"The girls' team is making consistent progress," Sherando coach Megan Roberts said. "They have been running good times on a variety of challenging courses and have been preparing for the upcoming hilly courses. Emma Ahrens has had a great start to the season, with an individual win and several high placements at meets. She continues to race smartly and with confidence. Eva Winston has made gains and is poised to break 20. Cassidy Crittenden and Addy Wallin are nearing PRs already. Gracie Defibaugh is new to cross country and getting the hang of how to race and pace. Ryleigh Combs, Emily Fisher, and Rachael Lucas are also coming along and in the mix, giving us a lot more depth than last year."

The depth is also showing on the boys' side. Dylan McGraw finished second last weekend, while Ben Freilich was 16th. The Warriors also had three runners finish from 39th-to-45th place.

"Dylan McGraw was dealing with some injuries early in the season, but has bounced back, tying his PR from last year this past weekend," Roberts said. "Ben Freilich is consistently breaking 18 and with all the hard work he is putting in, I expect to see a big PR from him soon. Behind Dylan and Ben, we have Chris Walsh, Brock Smith, Ryan Maki, and Jed Bell, all of whom have already PR'd or are very close, so they are showing big gains from last year. We also have newcomers Adrian (Banks) and JuJu (Mendez) learning the ropes and could make an impact."

Sherando is running in the Oatlands Invitational on Saturday.

The Hawks have had several solid showings this season.

They were led in that meet by Kaitlyn Antonelli, Megan Arp, Olivia DeFrates, Ashley Gambill and Alison Sears.

Skyline senior didn't run in that meet, but earlier this season she had a strong performance in a big meet.

On Sept. 3, Bordner, the reigning Class 3 individual state champion, finished seventh in the Hood College Invitational with a time of 19:30.9.

The Hawks will participate in the Oatlands Invitational on Saturday.

The Rams are off to a solid start to the season.

Both the boys and girls teams are young and inexperienced but have still had good meets so far.

"I feel the girls team has a lot of heart for the sport, and it shows," Strasburg coach Brittany Cover said. "I feel that they are doing really well. They are focused, and determined, and I have been proud of the outcome thus far. Claire, Paige and Neila are leaders both on the team and in the classroom. The younger girls and boys as well look up to them, and the group of three are always really encouraging and offer advice to the younger ones. They lead at practice, and hold others and themselves accountable."

Cover said she has seen improvement from the young squad.

"There is definitely a learning curve with the boys as eight of the 10 of them are new to the sport, but I have enjoyed seeing the progression," Cover said. "Gracen, Nehemiah, and Wyatt have been great front runners for the group, and watching their consistency over the last few races has been impressive. They all work together really well. Yoisel has also been consistently dropping time, which is great to see. He is young, so I think the more he understands how to race, the more that will happen. Overall, the boys team works together really well, and as we move on in the season, and even through the years since they are all pretty young, it'll be exciting to see how far they come from this point."

Strasburg participates in the Alleghany County Invitational on Saturday.