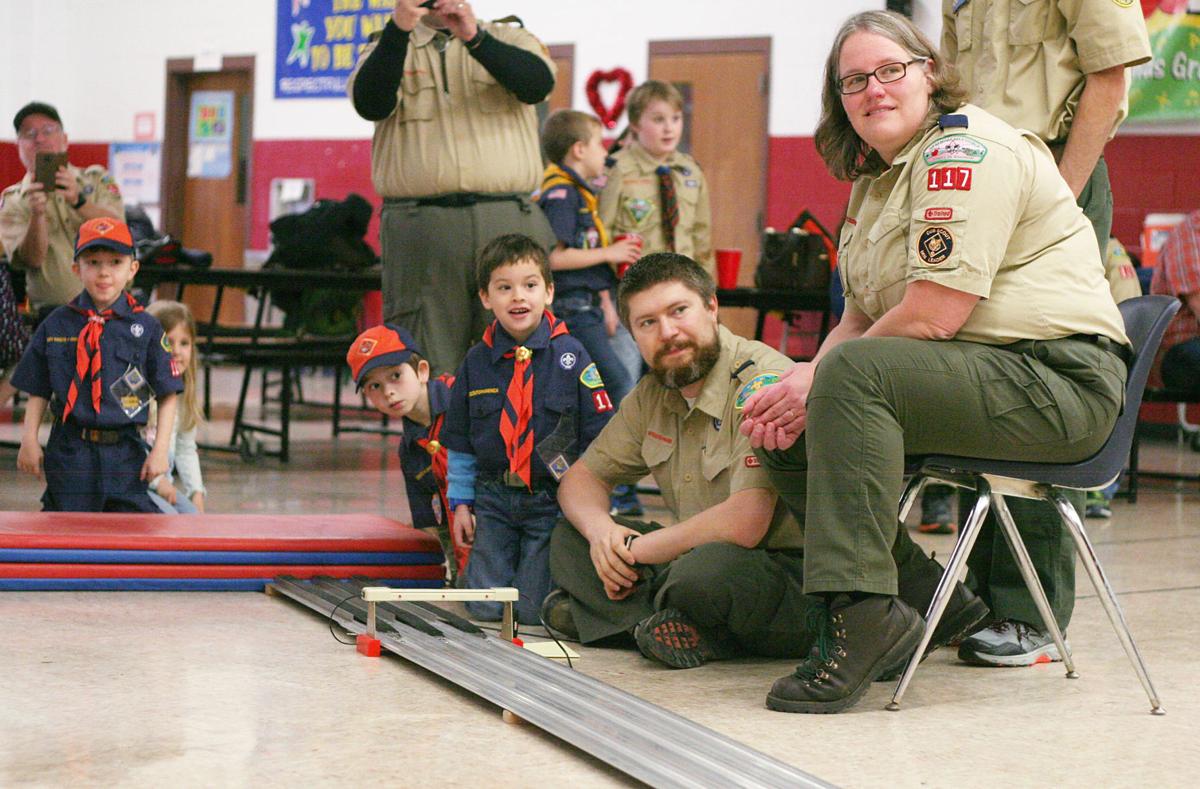 Den leaders and Scouts watch for the winners of a race at Saturday’s Pinewood Derby. 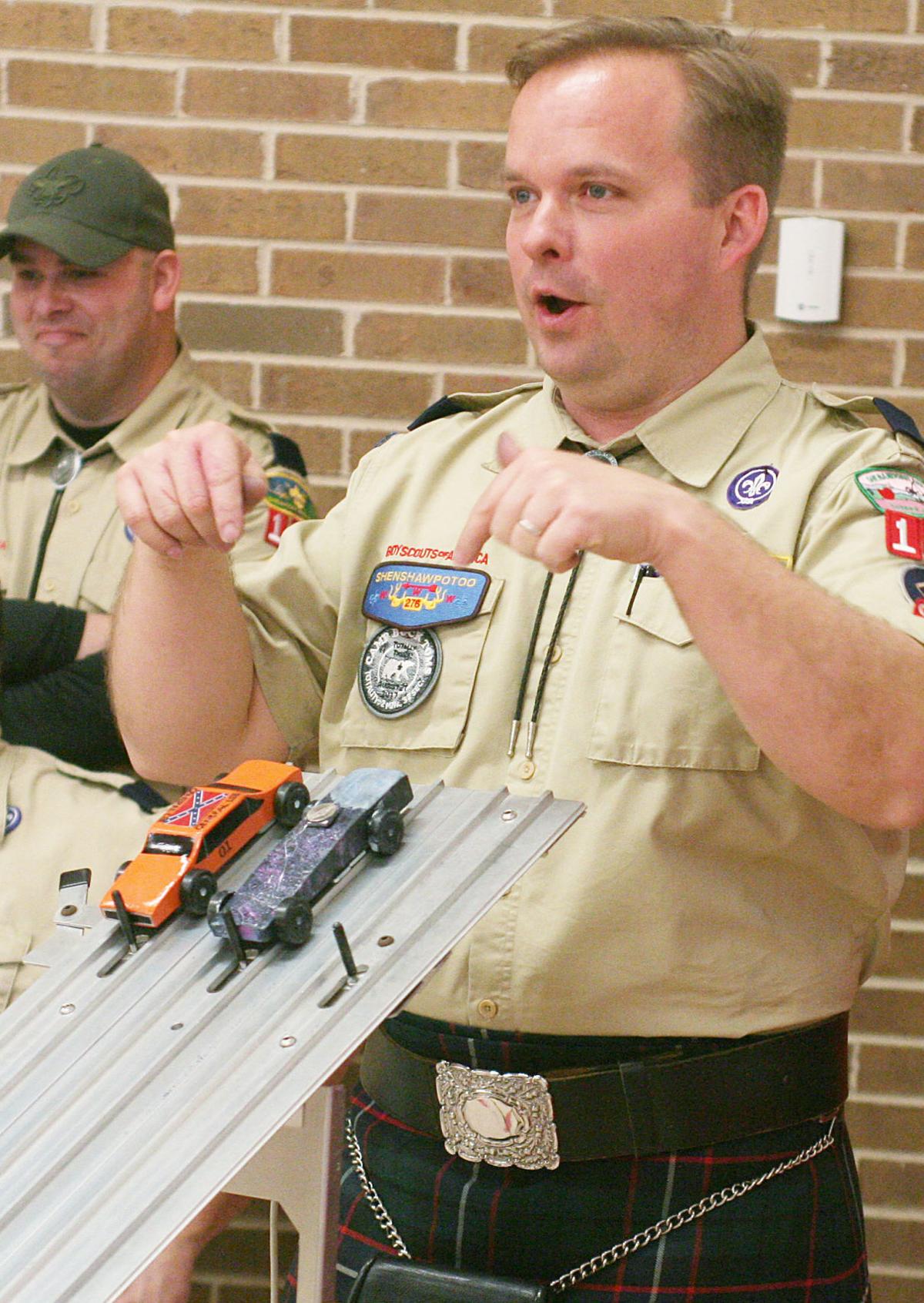 Scout Master Russ Kohrs gets ready for the first place race for the Girl Scouts. 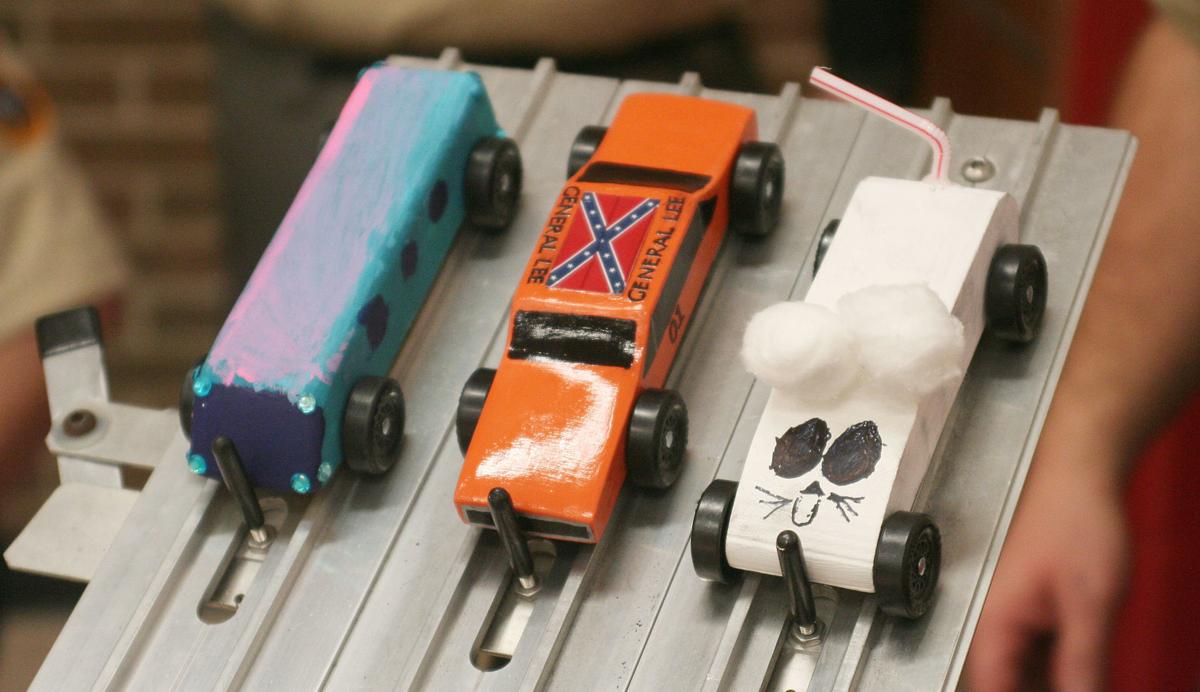 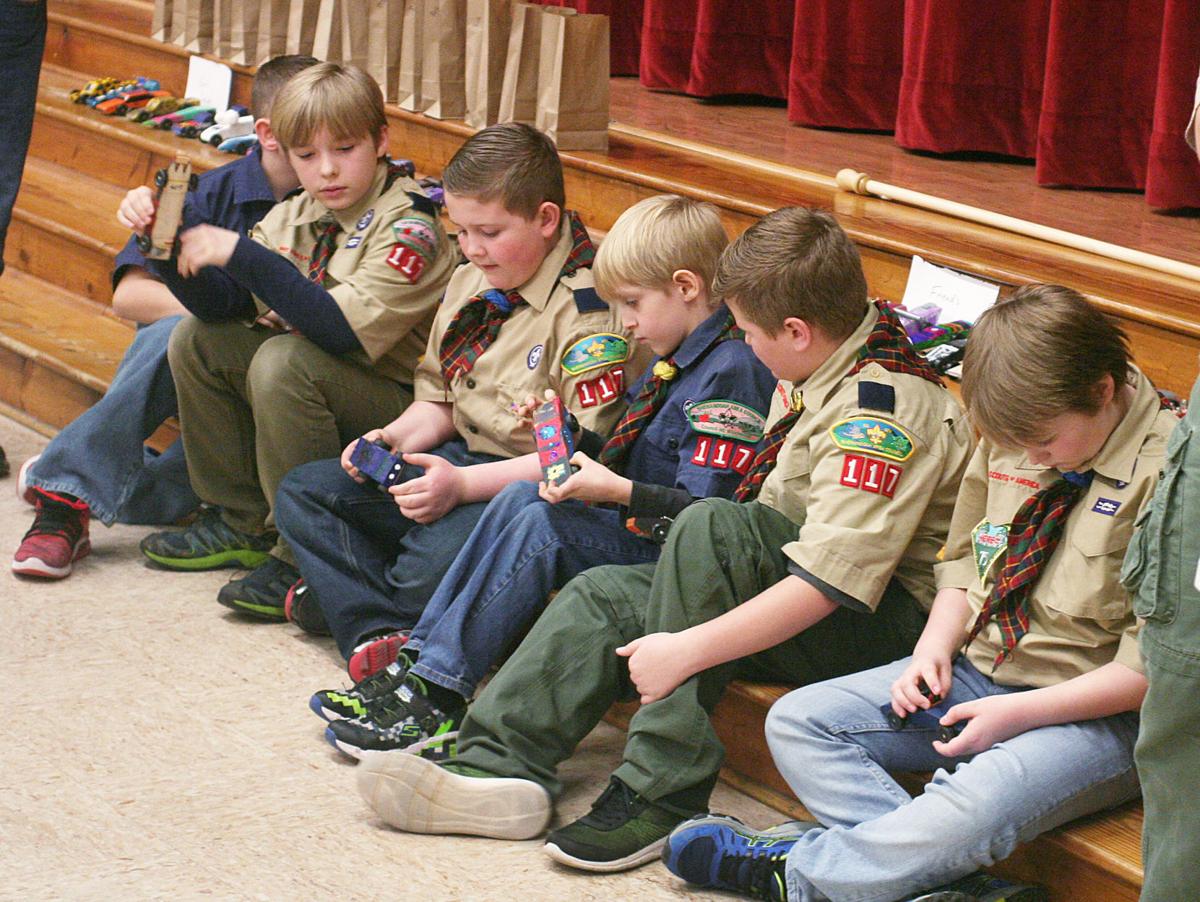 Cub Scouts wait for their turn to race at Saturday’s Pinewood Derby.

Den leaders and Scouts watch for the winners of a race at Saturday’s Pinewood Derby.

Scout Master Russ Kohrs gets ready for the first place race for the Girl Scouts.

Cub Scouts wait for their turn to race at Saturday’s Pinewood Derby.

QUICKSBURG—Cars whittled out of tiny bricks of pine, hand-shaped by boys and girls, raced down a long metal track Saturday afternoon as Cub Scouts and Girl Scouts gathered together for a morning of competition followed by an afternoon of feasting.

Historically, the Boy Scouts of America and the Girl Scouts have represented different goals for different children. Despite the common goals, the camaraderie between the two hasn’t always flourished but in Shenandoah County, none of the tensions have trickled down.

Russ Kohrs, Cub Master for Pack 117, said he doesn’t pay attention to what schisms might be dividing the historic, service-oriented organizations. Here in his home, the goal is to teach kids how to become responsible adults.

“Ultimately, our goal in both cases is positive youth development. The development of leaders and also a desire to sustain, as much as possible, community organizations.”

The Pinewood Derby, a recurring event giving boys a chance to work with their hands, was something that the sisters of some of the Cub Scouts in Pack 117 wanted to try, too. Natalie Bynaker, a Girl Scout troop leader and mother of children in both the Cub Scouts and Girl Scouts, said she approached Kohr two years ago asking for friends and families to participate.

This year, she and Sarah Buracker, the service unit manager, pushed that request out to include girls from all of the county troops.

“This year the girls actually requested to do it again,” Bynaker said. “When we brought it to the Boy Scouts they organized and let us go through the service unit and invite all Girl Scouts rather than just the one troop.”

After the boys finished racing by group — each group raced against the others in their age range — the girls had their own race. With more than 20 girls participating, and only a single three-lane track, the competition was spirited. A tie for first came down to a race between a replica of General Lee of Dukes of Hazard fame and a blocky car whittled with a butcher knife.

Cars decked with lego characters, weighted down with coins and bolts, and one resembling a Hershey’s bar, raced down the track all morning. After lunch, winners from the boys and girls groups raced each other before the friends and families who made cars had their own competition.

The friendly competition showcased the exceptional sportsmanship kids have learned from scouts, Bynaker said. Kohrs, Buracker and Bynaker said common themes and values run through the spines of both organizations.

“All the morals that are taught are the same,” Bynaker said. “All the values are the same. The kids all go to school together.

“They’re peers,” she continued. “They’re going to work together when they’re adults. They can work together now to better our communities.”