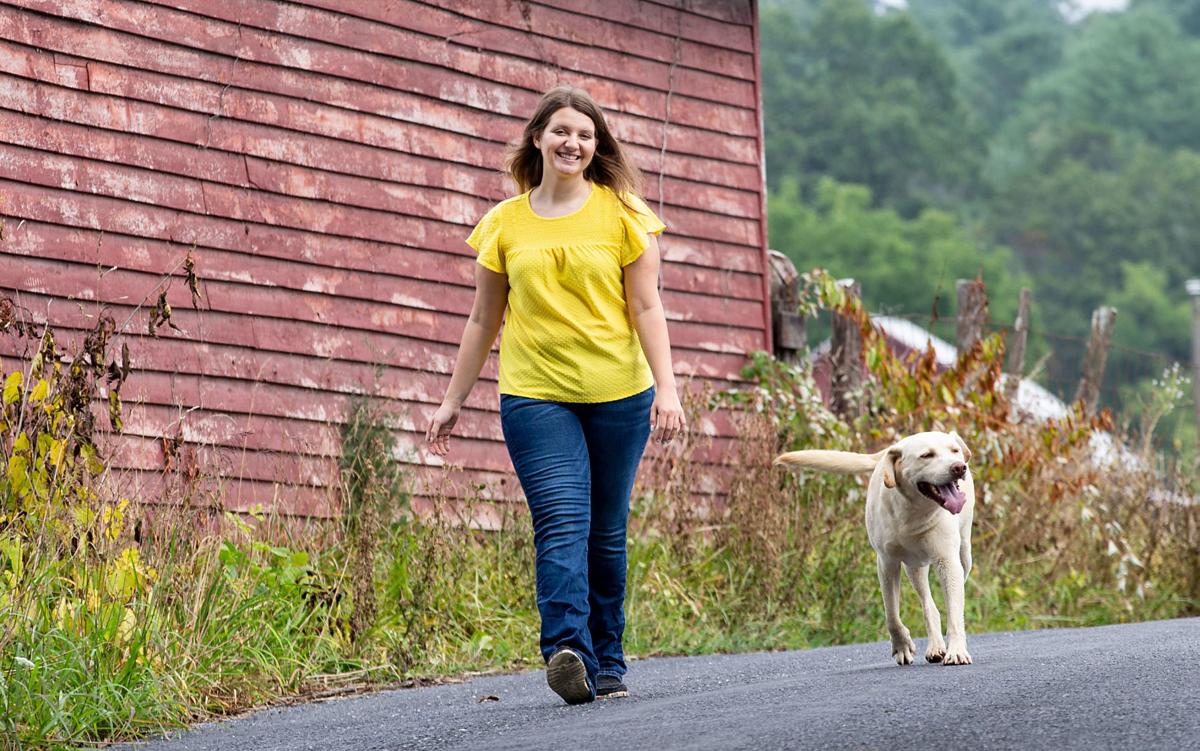 Faith Dellinger, 18, of Edinburg, walks along the family farm on Dellinger Acres Road with the family dog Gunner. 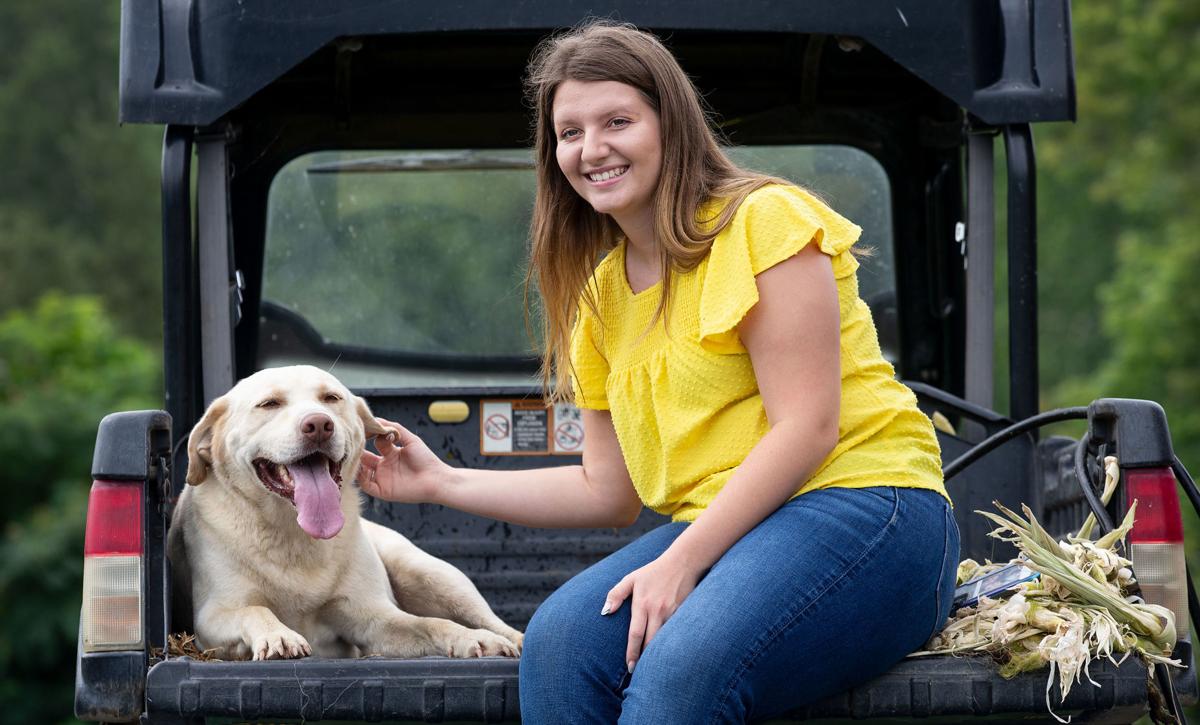 Faith Dellinger, 18, of Edinburg, sits on the back of an ATV on the family farm with Gunner, the family Labrador Retriever. Dellinger just completed a year of serving as state FFA reporter.

Faith Dellinger, 18, of Edinburg, walks along the family farm on Dellinger Acres Road with the family dog Gunner.

Faith Dellinger, 18, of Edinburg, sits on the back of an ATV on the family farm with Gunner, the family Labrador Retriever. Dellinger just completed a year of serving as state FFA reporter.

WOODSTOCK — Faith Dellinger had a year to remember.

The 2020 Mountain View (formerly Stonewall Jackson) graduate spent the past year as the Virginia FFA state reporter. She was able to enjoy a year traveling and talking to FFA officers throughout the state.

“It was a super awesome opportunity,” Dellinger said before a recent Shenandoah County School Board meeting, where she was recognized for her achievement. “I know this past year was definitely different. The opportunities were different. However, our word for the year was embrace. So we chose to embrace every obstacle that came. We embraced every opportunity that we had, because we never knew what tomorrow would bring.”

Dellinger, of Edinburg, said one of the highlights of her year was traveling to Costa Rica as a group to learn about agriculture there.

Dellinger said they were able to tour different agriculture industries in Costa Rica and she even found love for a new fruit.

“It was really awesome because I’m very picky and I hate everything like vegetables and fruits,” she said. “And I went to a pineapple farm and I found out that I absolutely love pineapples. So it was really cool just to see how coffee was made, how pineapples were made — just different parts of agriculture that we look at every single day here. And now when I go to the grocery store I can picture how that looks in the field. So that was awesome for me.”

Out of everything she did the past year, Dellinger said the top highlight for her was talking to students at the FFA camp this July.

“I actually had the opportunity to have one-on-one conversations with members, and that was definitely limited throughout most of the year,” Dellinger said. “The restrictions were kind of eased a little bit in July. So that was really awesome for me. Just to have those conversations and just to see the light that the members had regardless of the situation that we’ve had this past year.”

The camp was held at Graves Mountain Lodge in Syria. Dellinger said that due to the COVID-19 pandemic, this year’s camp was held during the day, with a new group of 70 kids coming to the camp each day.

Dellinger said she was amazed at the attitude of so many of the FFA members at the camp.

“It was just really a great ending for me, because I was able to have those one-on-one conversations,” Dellinger said. “And hear how those FFA members were going through some stuff like with their house and how when they put on that blue jacket all those problems just disappeared. For me that was just so amazing to know that the blue jacket does that for members.”

Dellinger said that they were able to do workshops with schools, but many of them were virtual and done on Zoom.

“One thing that was really cool to me no matter what the circumstances were, FFA members we’re always ready to tackle the next task with a smile on their face,” she said. “Whether that was an in-person smile or a smile on the screen. So that was really awesome and just really heartwarming to know that I was part of that organization for so long.”

Dellinger said she did also get some school work done as she was able to complete some courses she needed at Lord Fairfax Community College. In May, she earned her associate’s degree from LFCC and this past week she headed to Liberty University, where she is studying pre-law.

Dellinger said she would like to become a lawyer and come back to the area.

Dellinger has been part of the FFA since seventh grade, and she said even though she’s no longer an active member, she will always do what she can to help the organization.