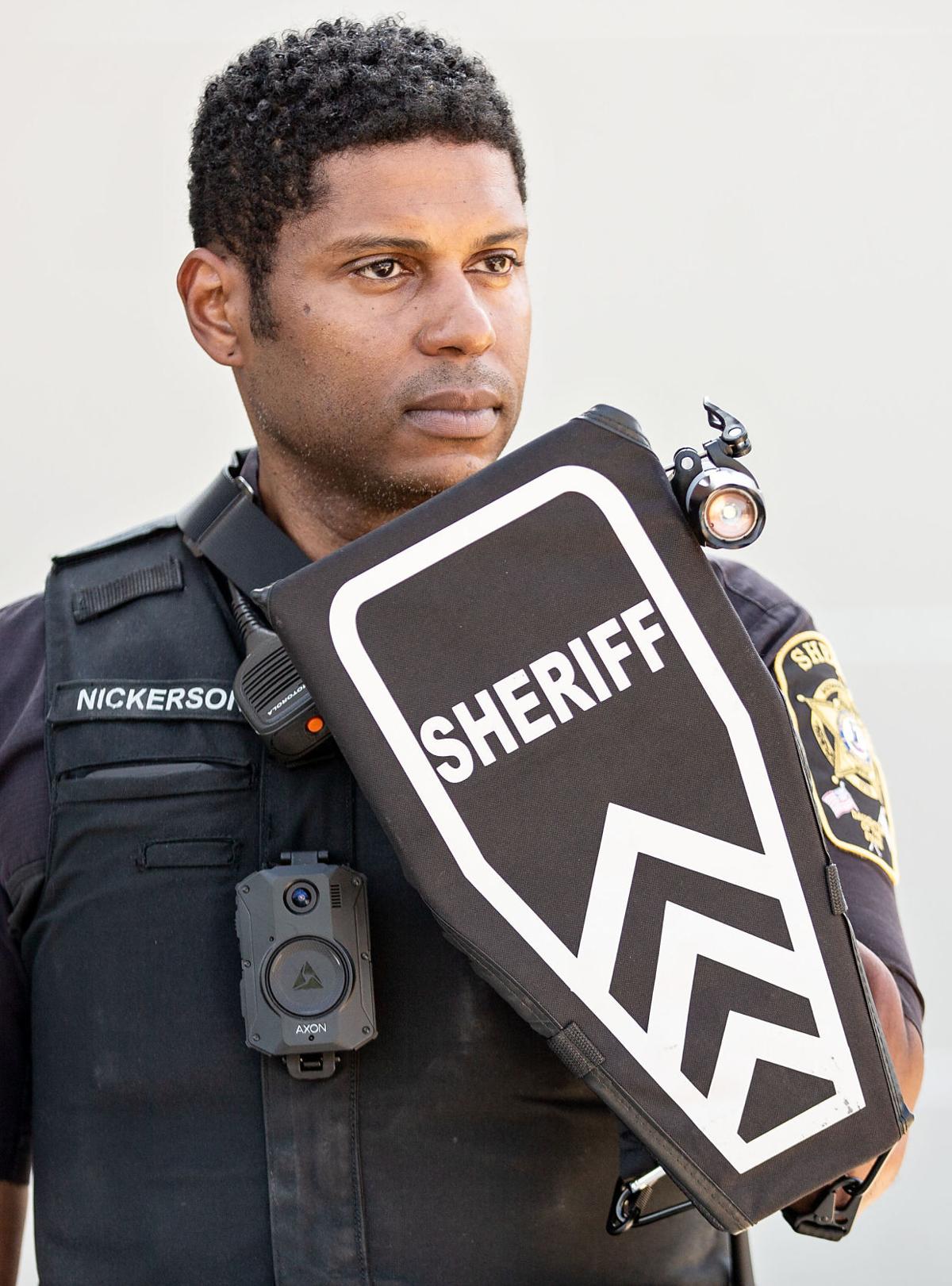 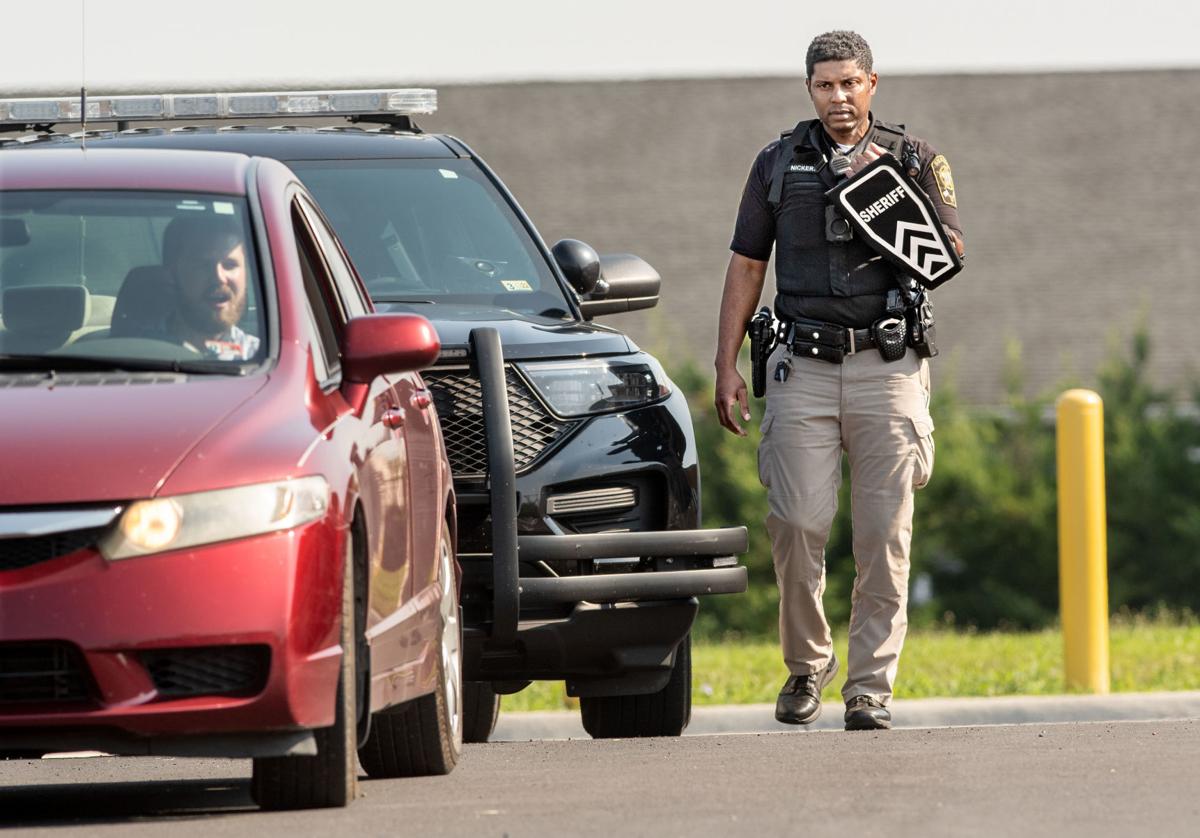 Shenandoah County sheriff’s deputy Jermaine Nickerson demonstrates the use of one of the department’s new de-escalation shields that are bullet proof and offer protection from blunt force.

Shenandoah County sheriff’s deputy Jermaine Nickerson demonstrates the use of one of the department’s new de-escalation shields that are bullet proof and offer protection from blunt force.

WOODSTOCK - In October 2020, Shenandoah County Sheriff’s Office Deputies were shot at by a Woodstock man with a rifle.

They had to duck behind cars.

Earlier this year, Officer Nick Winum of the Stanley Police Department was shot during a traffic stop of a wanted man.

He died of his injuries.

Following those two events, the Shenandoah County Sheriff’s Office focused on what Patrol Division Capt. Kolter Stroop described as "the need to provide our guys with something to better protect themselves."

"The good thing about these, they're really for de-escalation, which is our primary goal when we go to these kind of situations," Stroop said.

Smaller than a riot shield the Sheriff’s Office tactical team might use, the Vector shields weigh about 5 pounds. Deputies can strap one arm into them to hold them.

The deputy can then use them to take the force of a swinging bat or stick, allowing them to compose themselves, keep their other hand free, maneuver around and apprehend the suspect, Stroop said.

"It gives the deputies an extra layer of protection, and time," Stroop said. "... it'll give them something to take the blunt force of it 'till they get back and regroup. Instead of going straight for a taser or firearm or whatever the case calls for."

They are made with a Paxcon coating, which is what the Pentagon is lined with, Stroop said. Paxon's company website advertises its blast-resistant coating as able to "withstand explosions up to 20 times greater than a normal, uncoated wall."

While deputies do wear a bulletproof vest, the one-handed shield can be moved and used to protect their heads from bullets, as well as assaults that could lead to a broken nose, Stroop said.

“This can be the extra protection you need,” Stroop said.

Because of the size of the shields and easy portability of them, the shields can be less intimidating, Stroop said.

As Deputy Jermaine Nickerson showed during a demonstration, the shield can be held down to the side of the body, or hang freely by an over the shoulder strap.

When approaching a vehicle, Nickerson was able to hold the shield in the front of his body at an angle that fully protected his person, along with his vest, that was visible by the driver of a car.

The shield comes with a mini flashlight holder.

“It’s something you hope to never use,” Stroop said. “But you’d rather have it and not need it, than need it and not have it.”

The shields won’t be used in every traffic stop or instance, Stroop explained. But if deputies are dealing with a known, aggressive suspect, or somebody who may be wanted, the shields are there for use, Stroop said.

The shields don't give people a free pass to attack an officer because of the extra protection they have, Stroop acknowledged. Law enforcement still has the right to use lethal force when they are being attacked, Stroop said.

Vector visited the Sheriff’s Office this week to provide training on the proper uses for the shields.

“They were great to work with,” Stroop said.

Stroop said two have been purchased so far to see how they work, but the goal is for every deputy to have one, he said. Shields typically last about five years, Stroop said.