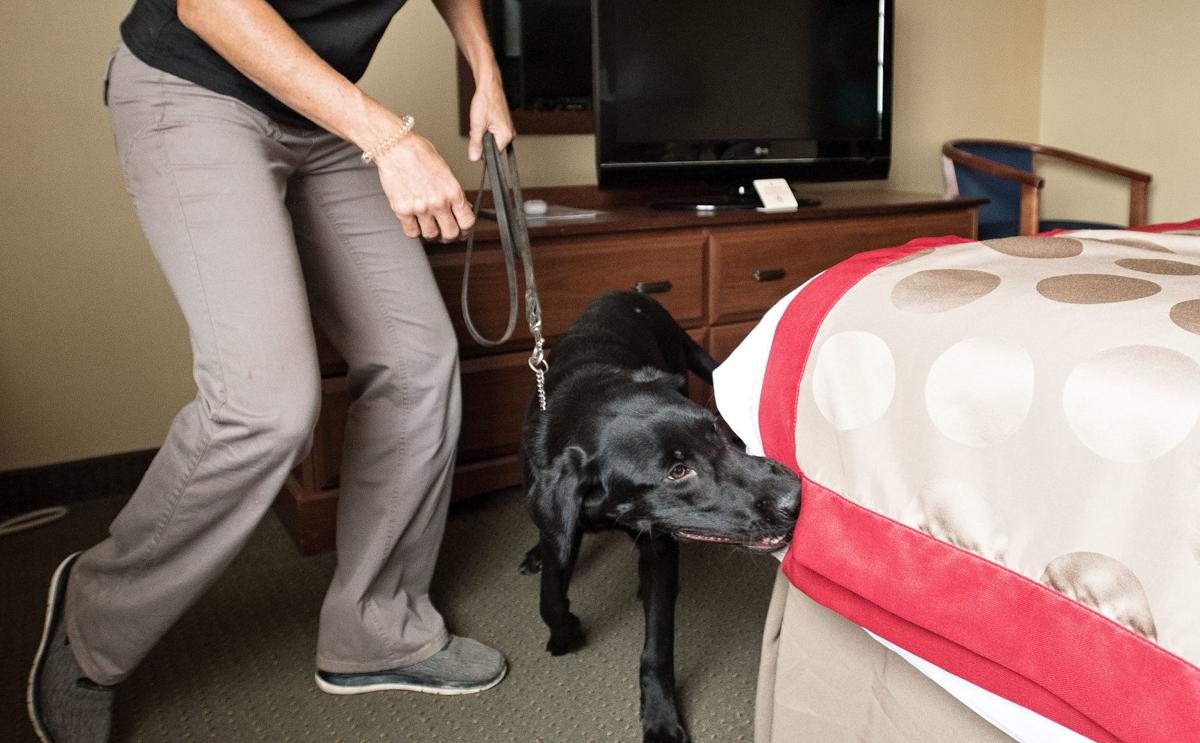 Audrey Estep and her bed-bug-detecting dog Frankie work inside this room at the Ramada Inn in Strasburg during a recent training session. 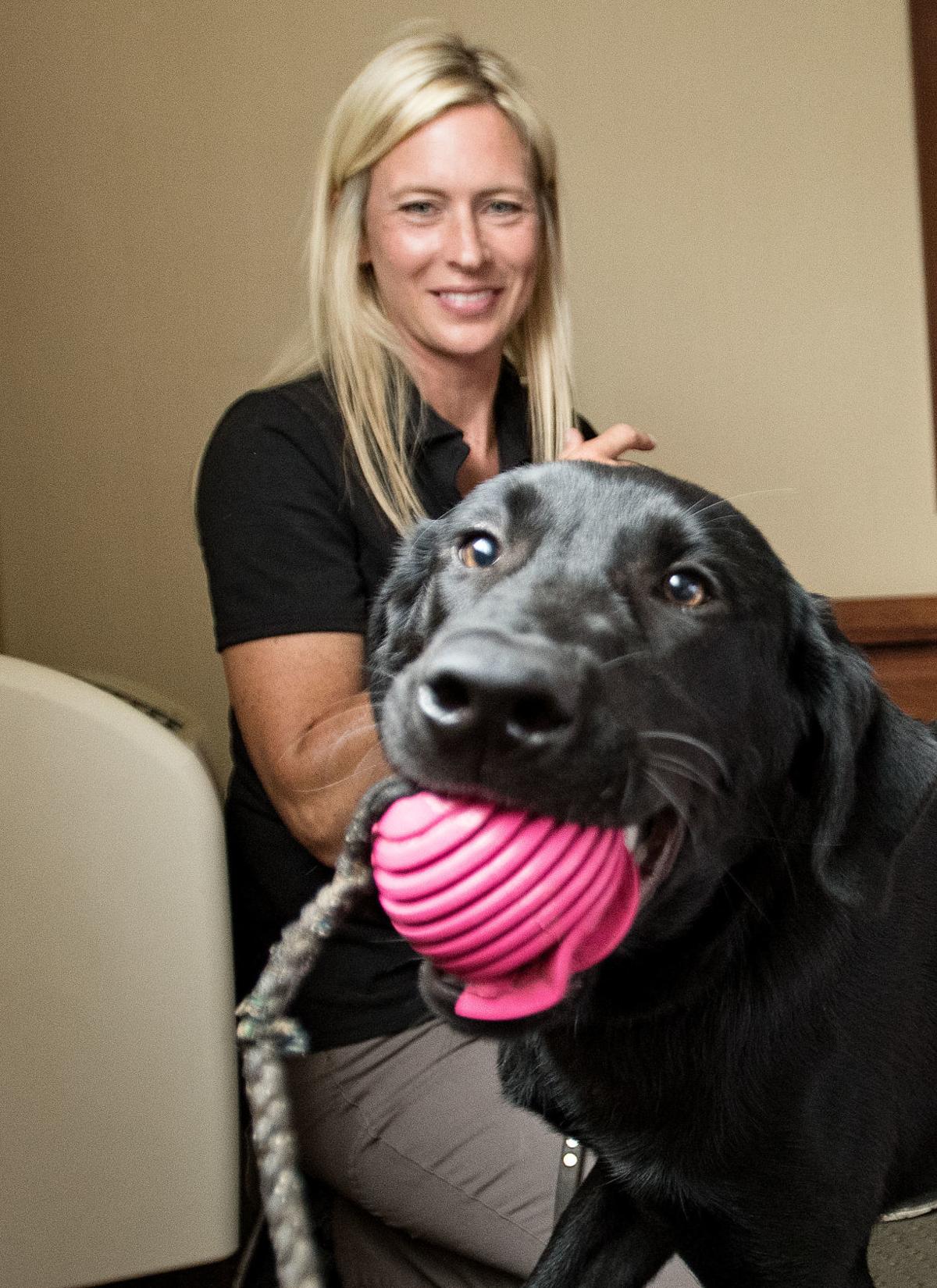 Frankie gets his reward with a tug ball from Estep after training. 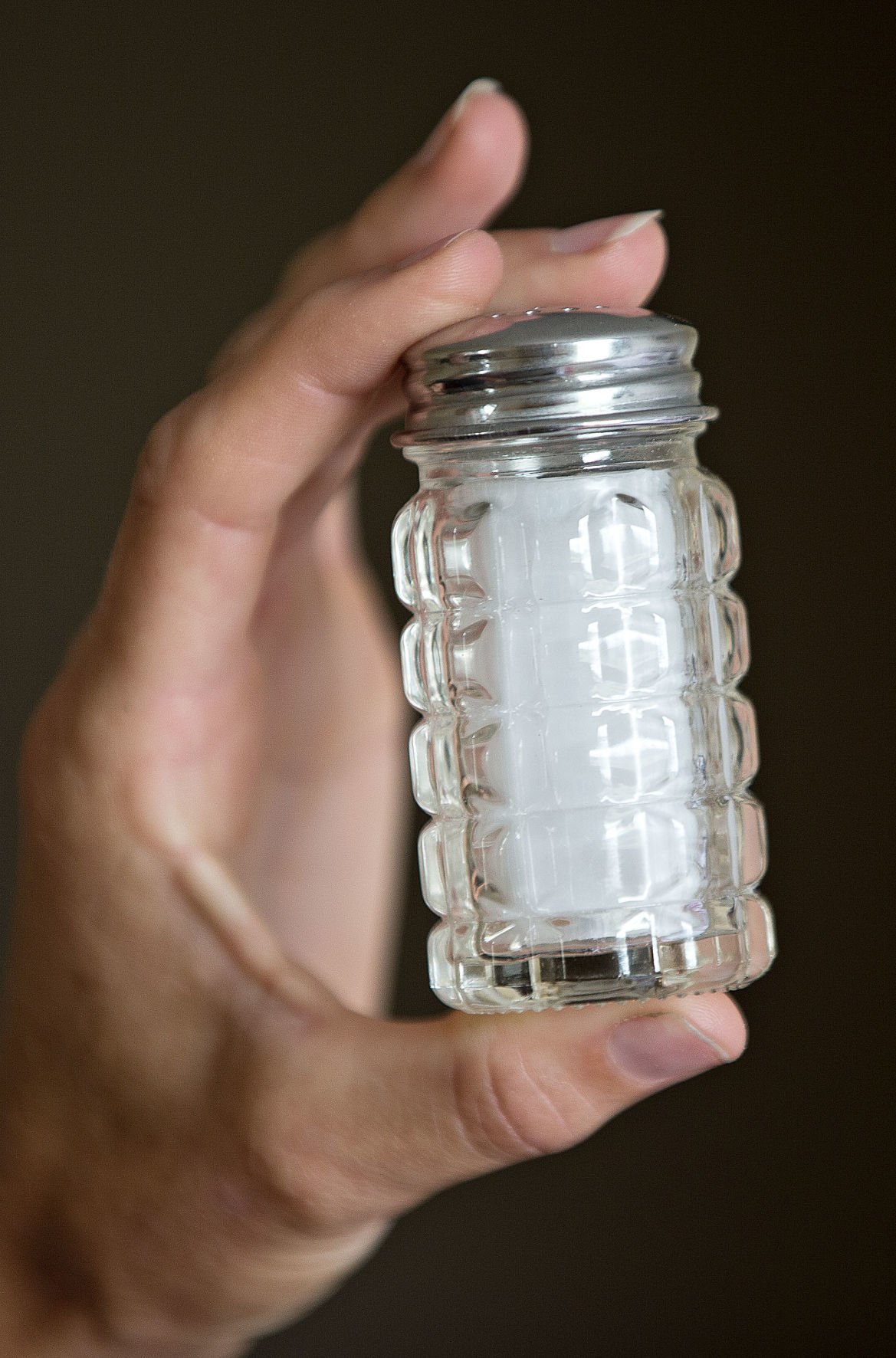 Dog trainer Audrey Estep holds a pseudo drug that mimics the chemical properties of bed bugs. She uses that and also real bed bugs to train her Labrador retriever. 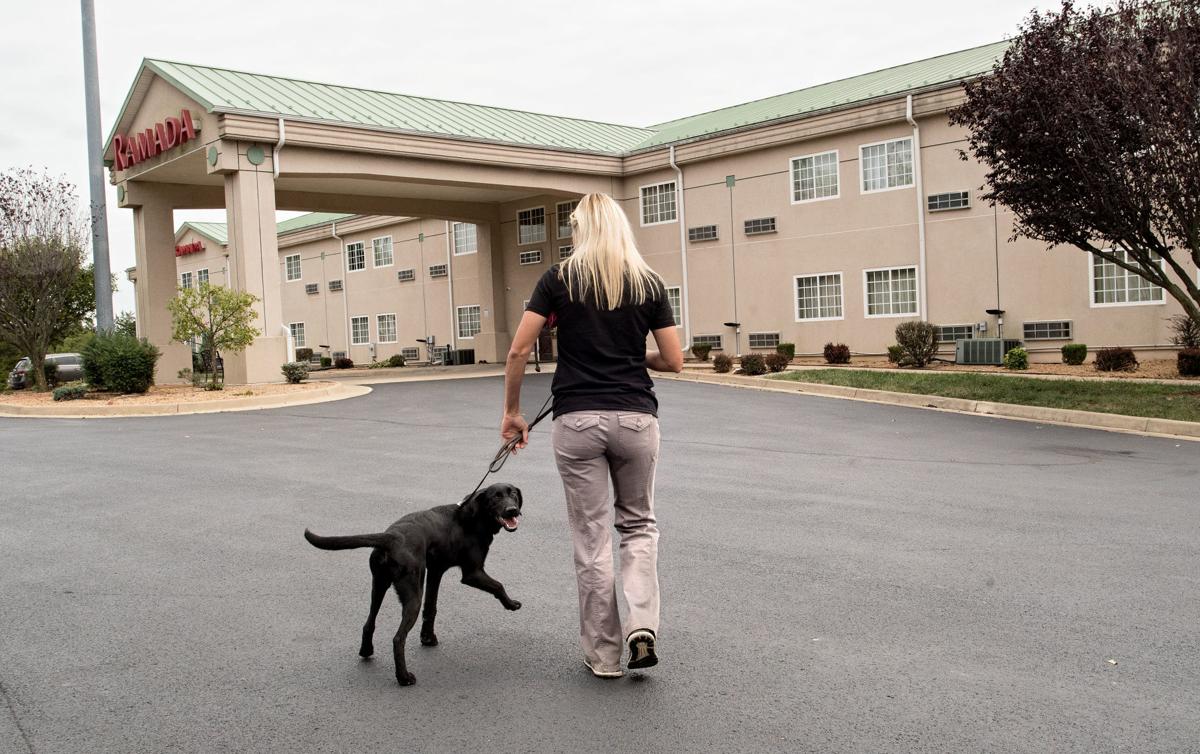 Audrey Estep and Frankie walk outside the Ramada Inn in Strasburg during a recent training exercise.

Audrey Estep and her bed-bug-detecting dog Frankie work inside this room at the Ramada Inn in Strasburg during a recent training session.

Frankie gets his reward with a tug ball from Estep after training.

Dog trainer Audrey Estep holds a pseudo drug that mimics the chemical properties of bed bugs. She uses that and also real bed bugs to train her Labrador retriever.

Audrey Estep and Frankie walk outside the Ramada Inn in Strasburg during a recent training exercise.

STRASBURG – Frankie hopped out of the back of the truck and started skittering around the parking lot, ready to play, work and explore the world.

Audrey Estep, a certified canine trainer and breeder, started working with Frankie, the 6-month-old black lab and bed bug tracker extraordinaire, when he was 3 months old. His lot in life, Estep said, is to work at finding the easy-traveling, fast-multiplying creepy crawlies that infest dingy rooms and swanky apartments alike.

The tiny bugs send tingles up people’s spines but all Frankie knows is that when he finds them, he gets to play ball with Estep.

“He knows when he leaves my vehicle he is always working,” Estep said. “His entire life revolves around finding that odor.”

Estep started working with dogs when she graduated from college and got her own place for the first time. She said she had always wanted a Doberman, an intimidating-looking dog that has a reputation for being aggressive. To put everyone around her at ease, Estep said she wanted to make sure she had the tools to train her dog to keep it under control.

In the course of obedience training, Estep fell in love with the process of working with and training dogs. She was impressed by their intelligence and work ethic, she said, and looked to see what else she could do.

From obedience training, Estep moved into more formal training with the American Society of Canine Trainers, teaching dogs how to sniff out particular scents from bodies to bugs for the military, police and school resource officers.

Dogs have an incredible ability to smell things that pass right by humans, Estep said. While people have about 5 million odor sensory neurons, dogs have about 220 million, she said.

“Anything that puts off a gas can be trainable to a dog,” Estep said. “Their olfactory abilities are just exceptional. They live their life through their nose.”

To demonstrate the powers of perception dogs have when they put their nose to work, Estep brought Frankie to the Ramada Inn in Strasburg one hot summer day.

The environment was brand new for Frankie, who has been training to sniff out bed bugs for more than half his life but had never set paw inside the hotel.

Despite the new setting, Estep said Frankie shouldn’t have a problem getting to work because her training regimen involves keeping her dogs on a rotating schedule of places and times they are working. By varying the time, context and strength of odor they are tracking, her dogs are ready for any situation they are dropped into.

“If I’m always changing one of those three things then I’ve mastered all areas,” Estep said. “If I have a problem, it lies in one of those issues … I’m not going to go out and train at the same time every single day.”

As soon as he set foot on the asphalt, Frankie started exploring. He knew that to play ball with Estep, he had to find where the bed bugs were. That training started when, as a puppy, she paired a pseudo odor with a ball — forever etching the partnership in Frankie’s mind.

“It takes a matter of seconds for them to understand if you want that ball bad enough, you make that connection between odor and ball,” Estep said.

When Frankie crossed the threshold into the room where Estep had hidden bugs for him to find, his nose went to work. He darted around the room, checking corners and bins in the bathroom before pawing at the table where, earlier in the day, Estep had set down her box with training supplies, including the bed bug odor compound.

Frankie hit on a spot that Estep hadn’t even considered. His nose was so fine-tuned he won himself an extra round of playing ball before she had to tear him away to find the other plants she had left hidden under the mattress and stuffed down the cushion of a chair.

Frankie is a “working dog” Estep said. While all dogs have the physical ability to track odors, not all dogs are mentally or temperamentally prepared to do that kind of work.

“Working dogs have high drive. You’re looking for animals that are bred to be really hyper,” Estep said. “They have a drive, a desire to hunt to find things. They’re hard to live with, for the most part.”

“You want to find a dog that’s driven that will do anything for a toy or a piece of food,” she continued. “I’m not saying they’ll do ‘anything.’ They will literally jump off of a building with their tail wagging with that ball in their mouth. That’s the type of dog you’re looking to work with.”

Mental temperament and drive have to be matched, depending on the circumstance, with acceptance and ease of interaction with people around the dogs, too, Estep said. In recent years, there has been a shift in the type of dog some agencies want to use based on their appearance rather than their abilities.

“Pointy eared dogs are a little more intimidating to the public,” Estep explained. “ That’s why airports now are shifting all their gears toward floppy-eared dogs like Labs because they’re less intimidating to look at or be around”

Estep said working dogs can be hard to live with and they only get harder once she teaches them how to put their incredible senses and brains to work.

Because of the high demand Estep puts on her dogs and the high demands they put on her, she is careful not to become too attached to any of the dogs she raises and trains. Some dogs are just too hyper for her, she said, and she is happy to see them go to a new handler. Others, such as Frankie, are more likely to stay with her either for her own personal bed bug detection service or as a stud for breeding.

The key, she said, is making sure that once she has given a dog a purpose and put it to work, she wants to make sure it will always have an outlet for its newfound power.

“I can’t train an animal, give it all this power and knowledge and then put it aside,” Estep said, “or keep it as my pet because my heart says ‘I love you and I want to keep you with me all the time.’”