Cracks in a dry pond off Swartz Road west of Woodstock are indicative of the area’s drought. 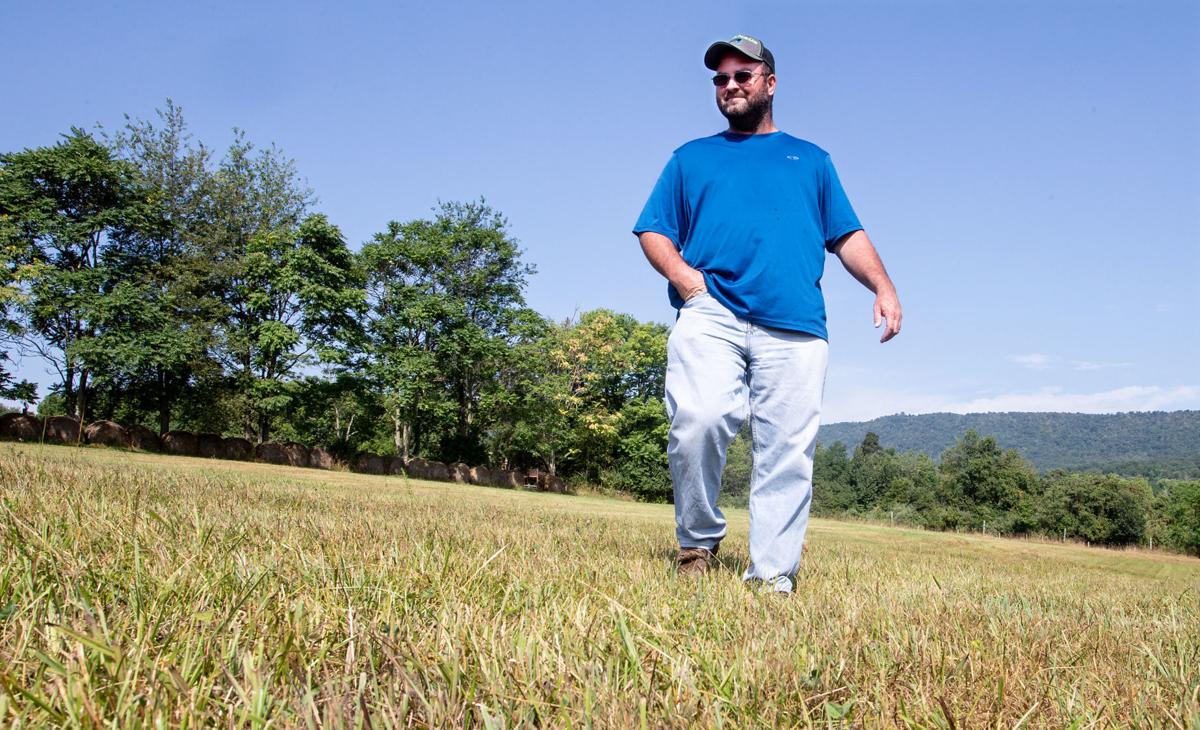 David Gochenour, of Woodstock, walks in this 6-acre field behind his parent’s home in Maurertown on Wednesday. Gochenour produces hay from the field that he cut some three weeks ago. The field has produced little growth since due to drought conditions. 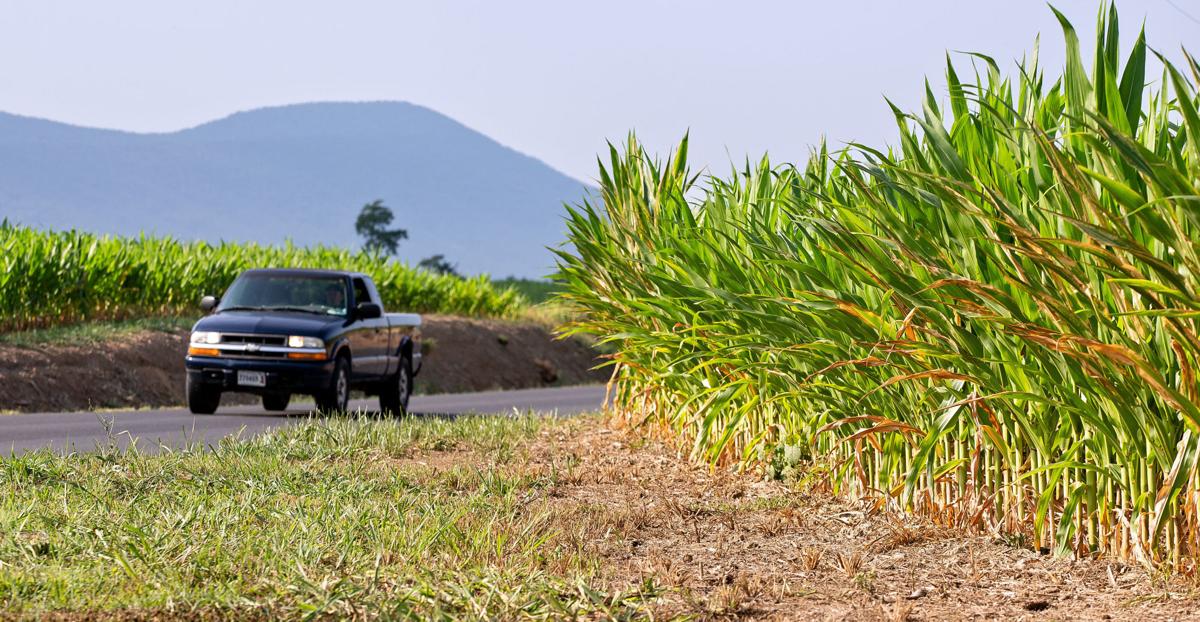 A truck drives past a drought-stricken cornfield on Swartz Road west of Woodstock on Wednesday.

Cracks in a dry pond off Swartz Road west of Woodstock are indicative of the area’s drought.

David Gochenour, of Woodstock, walks in this 6-acre field behind his parent’s home in Maurertown on Wednesday. Gochenour produces hay from the field that he cut some three weeks ago. The field has produced little growth since due to drought conditions.

A truck drives past a drought-stricken cornfield on Swartz Road west of Woodstock on Wednesday.

David Gochenour said he typically begins feeding his cattle hay in late October or early November. This year, he started feeding hay to his livestock two weeks ago.

“The cows have eaten the pasture down,” said Gochenour, who has raised cattle since 1994 and normally has about 30 acres of hay in the Mauertown area.

“I would say (I’ve lost) probably 80 rolls (of hay),” Gochenour said Wednesday. “I will probably have to sell some cows to get through. This is the earliest I have ever had to feed cattle in the years that I have been raising cattle.”

High temperatures and low amounts of rain have created a strain on farmers in the Northern Shenandoah Valley this summer.

Pastures have been beaten down. Corn and hay yields are down significantly. Farmers are worried about wells running dry.

This caused the Shenandoah County Board of Supervisors to pass a resolution Tuesday evening requesting that the county be declared an agriculture disaster area.

Bobby Clark, a Virginia Cooperative Extension Agent in Shenandoah County, drafted the resolution. He suggested during Tuesday night’s supervisor’s meeting that corn yields could be down to an “astonishingly low number” of 50% by the end of the season.

Hay yields are down, too, he said, noting that first cuts of hay were almost average but that second cuttings were almost “non-existent.”

Rebecca Sigler Mullins, who owns Mini Menagerie Petting Zoo in the Shenandoah Valley, said her family grows their own hay to be used with her business. Last year, she said they got about 75 round bales of hay from their fields.

“This past cutting, we got 13 with not another cutting in sight, she said.

Soybeans are likely to receive a similar fate, she said.

“There are several fields out there where the weather happened just wrong on them,” Clark said. “They’re probably at a 90% loss on some fields.”

“I have made all the hay that I normally make. The hay fields just are not growing during these hot days,” Gochenour said. “We did receive an inch of rain (Wednesday). That has been the first rain in over four weeks here west of Woodstock in the Fairview area.”

While drought conditions have had major impacts on corn, hay and soybeans, other crops such as apples and peaches are likely to be less impacted.

Kayla Richard Lawrence at Richard’s Fruit Market in Middletown said the biggest impact the drought conditions have had on their peaches has been the size.

Lawrence said Richard’s hasn’t necessarily lost crop this summer, but the weather has impacted how peaches have been retailed.

“We don’t sell our really small peaches as No. 1s. We’ve lost a little retail because then you get more seconds,” she explained. “And if you don’t sell seconds because of the size then you can lose your product that way. We just recycle them to the cows, but that’s not income.”

Seconds are often referred to as “less than perfect.”

Many consumers will want larger peaches because they’re better for canning and freezing because it takes less peeling to fill a jar, Lawrence said.

Lawrence said Richard’s Fruit Market’s “saving grace” has been its irrigation system this summer. But she noted that many farmers did not have irrigation systems in place before the harsh conditions.

“That’s more cost that’s going out versus coming in,” she said.

Clark recommended folks with livestock to try to pull their cattle off of the main part of their pasture, put them in a “sacrifice field,” feed them and take them off the grass so they don’t beat it into the ground or overgraze it.

He also recommended that corn and soybean farmers work with crop insurance agents to deal with their losses.

According to weather.com, temperatures in the region are expected to be in the upper 90s Thursday and Friday. Afternoon thunderstorms and scattered showers are expected to begin Saturday and continue throughout next week.

Some fear that it may already be too late for rain, though.

“It would probably help a little,” Gochenour said, “but I personally think that the damage is too far gone.”