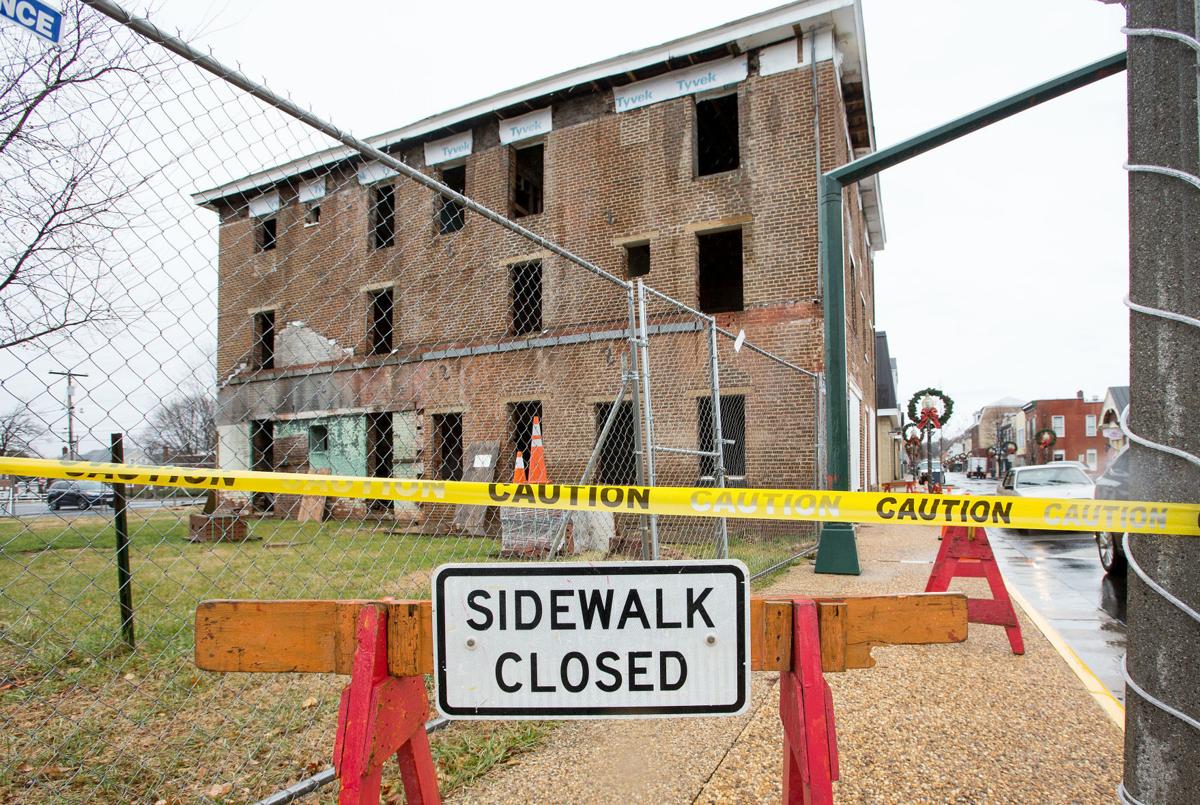 The Town of Front Royal has barricaded the sidewalk outside the Afton Inn after a piece of plywood fell onto the sidewalk recently. The town is threatening legal action against the Front Royal-Warren County EDA, claiming the building is falling apart and is a hazard. 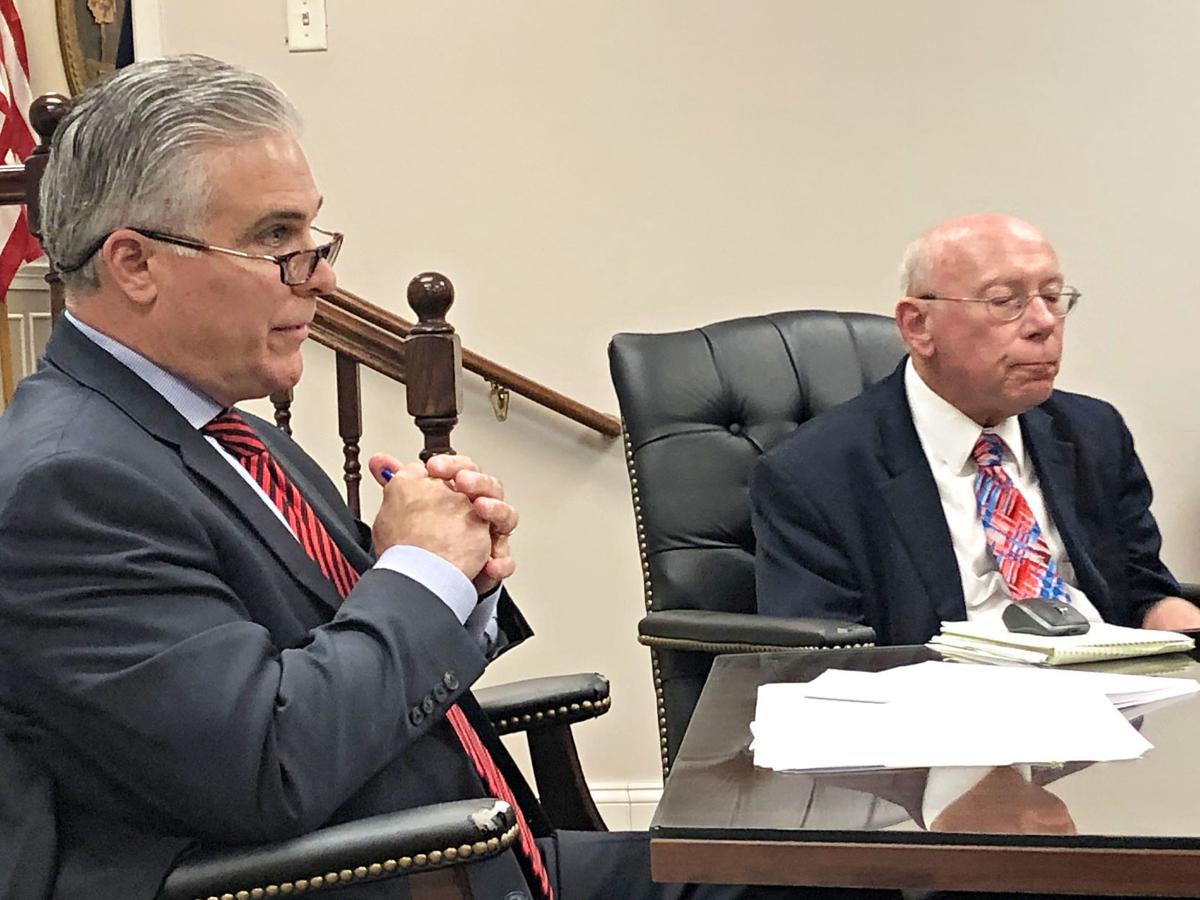 The Town of Front Royal has barricaded the sidewalk outside the Afton Inn after a piece of plywood fell onto the sidewalk recently. The town is threatening legal action against the Front Royal-Warren County EDA, claiming the building is falling apart and is a hazard.

FRONT ROYAL – Before the Front Royal Warren County Economic Development Authority follows through with the town’s request to prepare the Afton Inn for winter weather, members are asking the town to reimburse them for the expenses.

Repairs and maintenance will cost $15,700, according to estimates from 2 East Main LLC, a contractor hired by the EDA to manage the Afton Inn project.

Warren County Attorney Doug Napier reached out to the EDA in early December with a request that it prepare the vacant building for winter. Without any action taken, Napier sent another email to the authority on Jan. 7, repeating the request.

The following day, Ed Daley, chairman of the authority, sent an email to Matthew Tedrick, the interim town manager, requesting the town prepare to reimburse the authority for work performed. Authority members provided a copy of the email to Tedrick at its meeting on Friday morning.

According to the EDA, in 2014 the town signed a memorandum of understanding that locked in the town’s commitment to paying for the maintenance of the property while the EDA owned it.

The provisions quoted in the email do not show the town has a blanket responsibility for costs incurred by the EDA for the property, but it does point out the town’s responsibilities.

One paragraph states the town is responsible for “any and all repairs, maintenance, upkeep and insurance policies for the Afton Inn property incurred by the EDA” as long as the town agrees to the expenses before they are incurred. If the EDA paid for preparing the building without requesting reimbursement beforehand, it may not be able to recover those funds.

The second section Daley cited shows that the town agreed that it would not require the EDA to perform any kind of maintenance or repairs if the town wouldn’t be willing to cover the costs.

Chunks of wood falling onto the street and a fence surrounding the property in the heart of downtown forced Tedrick to ask the EDA to do something, he said.

“We have chunks of wood currently falling on the sidewalk and streets,” Tedrick said. “The town has barricaded the streets to prevent citizens from being injured by the current status of the building.”

Tedrick said the contractor the EDA hired to manage the Afton Inn project looked at the building right away and offered several options for work and provided price estimations. He said he sent those estimations along to the EDA.

Town Attorney Doug Napier said that 2 East Main LLC, throws a wrench in the gears of the 2014 MOA — an agreement that was made between two parties involving one property.

As a result of the EDA’s adding a third-party contractor, Napier said the town could consider removing itself from the 2014 agreement but said it wasn’t rushing to that action.

“The town does feel like it has some sort of obligation, moral if not legal to see to it that somebody secure that property,” Napier said. “I don’t think the town is so much interested in just walking away from this.”

Town Council members will discuss the point of contention over paying for winterization during a closed session on Monday evening.

Tedrick said he anticipates the town agreeing to fund the project in the interest of public safety.

“There’s a lot of issues the town and the EDA have outstanding,” Napier said. “It’s difficult to extricate one issue in isolation from all the other issues because a lot of them are tied in together, unfortunately. This one seems to be the most immediately pressing. We may have to deal with that separately from all of the others.”