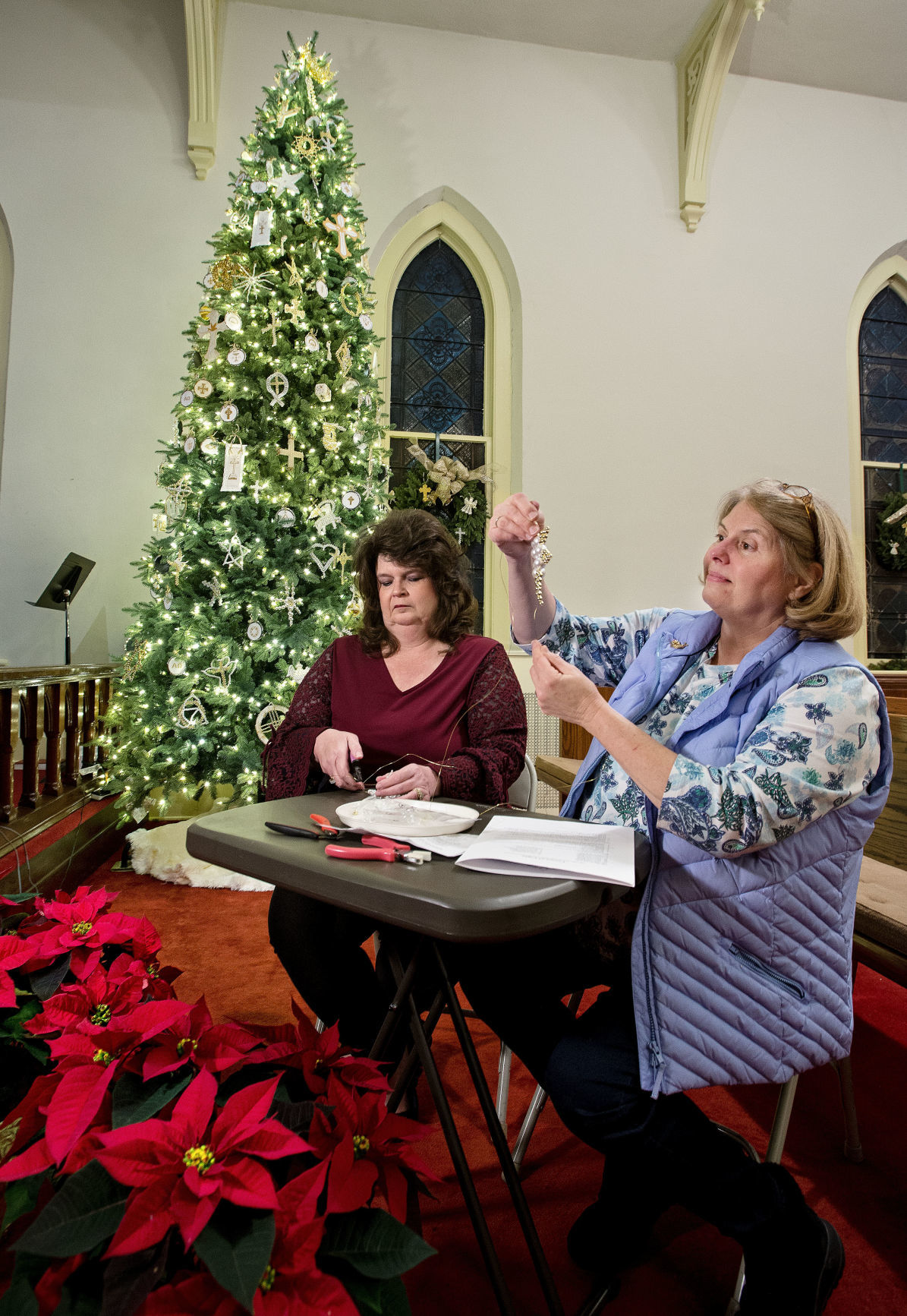 Lisa Miller, left, and Melissa Kibler, right, members of Emmanuel Lutheran Church in Woodstock, assemble Chrismon ornaments for the church’s tree inside the sanctuary. The white and gold ornaments are Christian symbols for Christ. 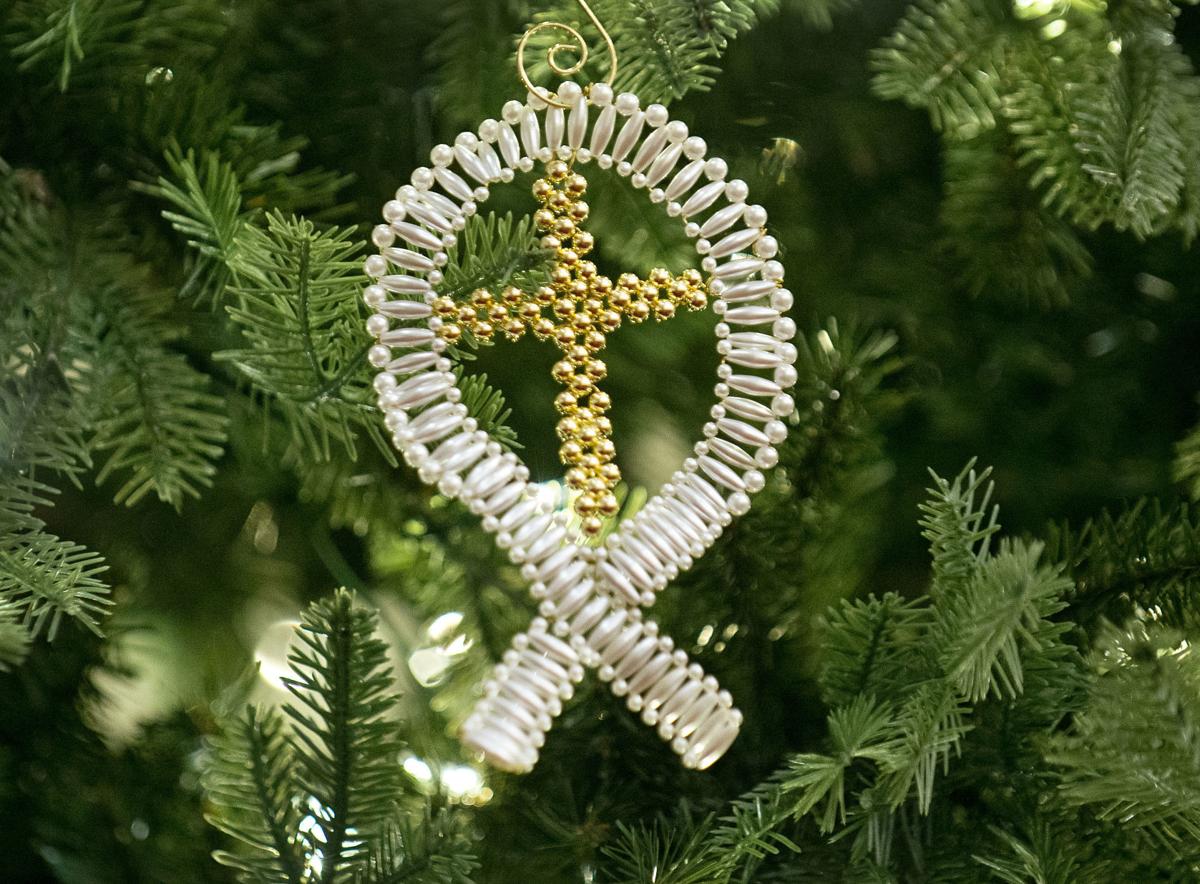 A white and gold Chrismon ornament hangs from the tree.

Lisa Miller, left, and Melissa Kibler, right, members of Emmanuel Lutheran Church in Woodstock, assemble Chrismon ornaments for the church’s tree inside the sanctuary. The white and gold ornaments are Christian symbols for Christ.

A white and gold Chrismon ornament hangs from the tree.

WOODSTOCK — The Christmas tree has long been a symbol of the holiday, but the Emanuel Lutheran Church in Woodstock puts up a different tree during the holiday season.

The Chrismon tree, which started as a Lutheran tradition in the 1950s, is set up during “Advent” — a time when Christian churches prepare to celebrate Jesus Christ’s birth — and “Christmastide” — a time when the same churches celebrate the birth of Christ. Unlike traditional Christmas trees, Chrismon trees are decorated only with clear lights and Chrismons — decorations made from white and gold material.

Emanuel Lutheran Church began decorating Chrismon Trees in 1969. The decorations on the tree originated in 1957 when Francis Kipps Spencer, a member of the Ascension Lutheran Church in Danville, made decorations for the Chrismon tree at the church. Spencer compiled books with designs that symbolize the “purity and majesty” of Christ.

Church member Melissa Kibler said she decided three years ago to start working on new ornaments for the Chrismon tree after discovering some of the older ornaments were starting to deteriorate. Kibler said that she attended classes in Danville to receive permission to use the ornament designs.

The ornaments are made from “Christian Starter Kits” — which include the materials needed to make the ornament — provided by Rufty’s Christmon Shop in Salisbury, North

Carolina. C. Rufty’s supplied the materials for Chrismon decorations starting in the mid-1960s when it was known as Rufty’s Garden Shop.

Kibler said she and other church members began working on beaded ornaments in late summer. She said her goal was to get 40 ornaments done before the hanging of the greens, which is a time when churches decorate for Christmas.

“My whole goal was to do beaded ornaments,” she said. “My grandmother and mother had done them.”

Kibler said there were 10 people who took part in making the ornaments and that over 200 ornaments were made for the tree this year.

“We started working on them late in the summer on Sundays with the Sunday school,” Kibler said. “The tree went up earlier this year because Thanksgiving and advent were in the same week. We were actively working on them in August and September and pushed through October to have everything done. There was a lot of beading going on.”

Kibler said the church got the tree from Balsam Hill, a California-based firm specializing in artificial trees, some of which have appeared in Hallmark Christmas movies. She said they keep the tree at the church.

The church members, she said, had fun making the decorations.

“It was a good learning experience, especially for the kids,” she said. “It teaches people the meaning of the season.”