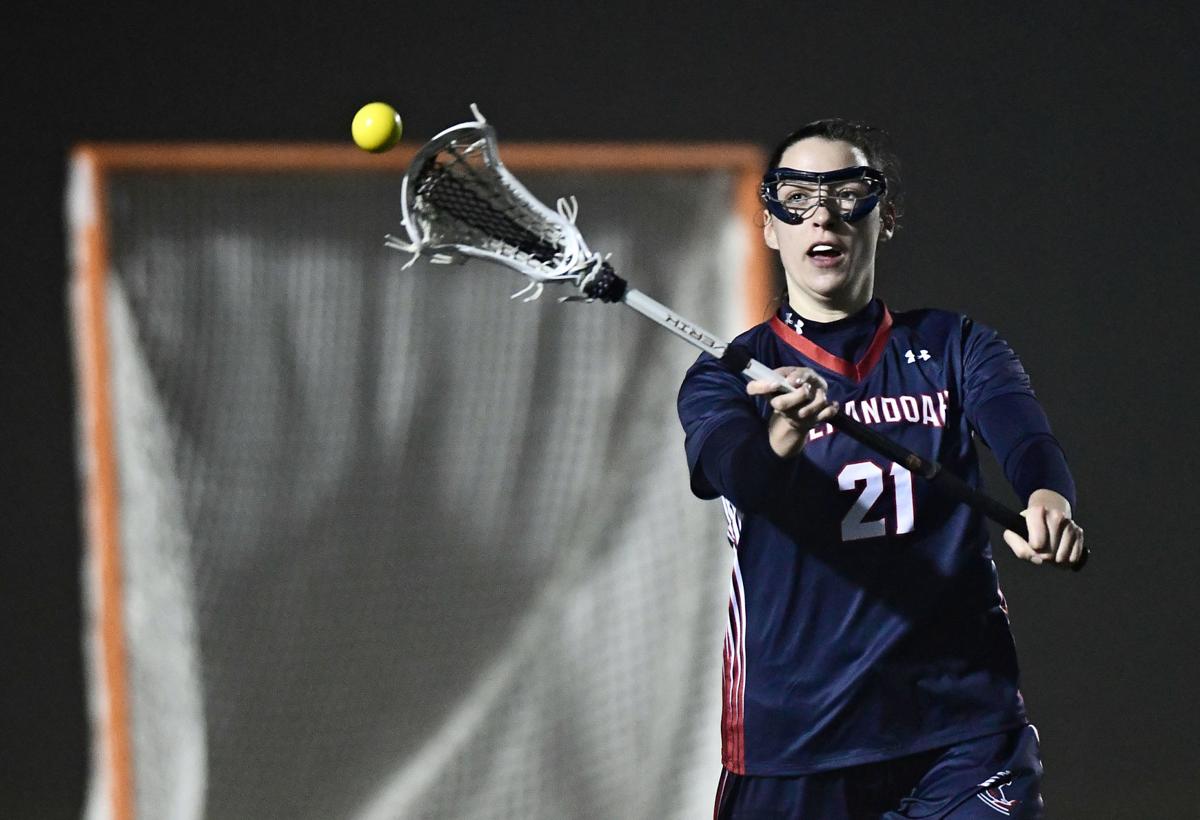 Shenandoah University senior Jess Spindler, a member of the Hornets’ women’s lacrosse team, does not expect to return to the program next season to take advantage of the NCAA’s waiver that granted spring athletes an extra season of athletic eligibility due to the ongoing COVID-19 pandemic. 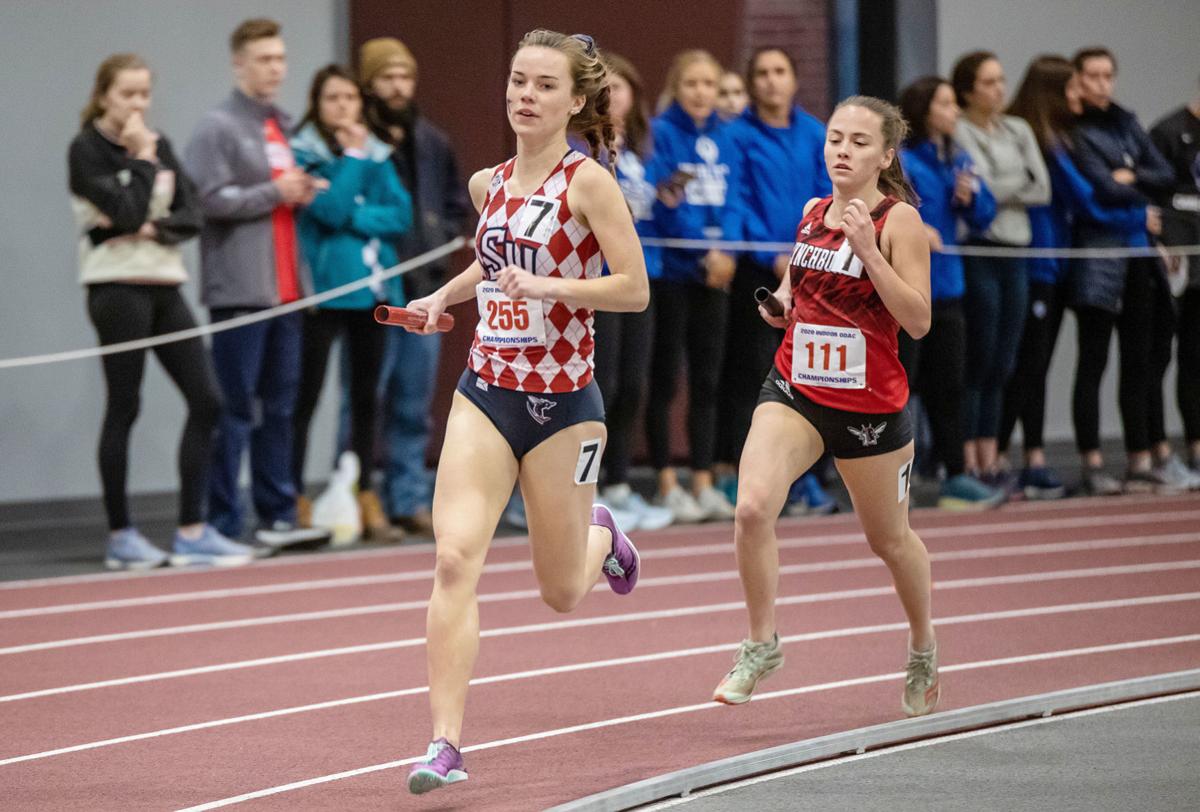 Shenandoah University senior Emily Miller, a member of the school’s track and field and cross-country teams, plans to complete her athletic career next spring with the Hornets’ outdoor track and field team after the 2020 season was canceled due to the COVID-19 pandemic. The NCAA has granted spring athletes a waiver that gives them an extra year of athletic eligibility.

Shenandoah University senior Jess Spindler, a member of the Hornets’ women’s lacrosse team, does not expect to return to the program next season to take advantage of the NCAA’s waiver that granted spring athletes an extra season of athletic eligibility due to the ongoing COVID-19 pandemic.

Shenandoah University senior Emily Miller, a member of the school’s track and field and cross-country teams, plans to complete her athletic career next spring with the Hornets’ outdoor track and field team after the 2020 season was canceled due to the COVID-19 pandemic. The NCAA has granted spring athletes a waiver that gives them an extra year of athletic eligibility.

The 2020 outdoor track and field season was supposed to be the final push that Emily Miller had to reach the Division III national championships.

The Shenandoah University senior and distance runner said last week that she’d been on the cusp of achieving the feat during cross country season in the fall and during the indoor track season in the winter, and Miller decided that her goal for the outdoor season, what was supposed to be her final one as a Hornet, was to qualify for nationals in the 10K.

The rapid spread of COVID-19 dashed any hope of that happening this year. The NCAA, in response to the new coronavirus pandemic, canceled all 2020 winter and spring national championships on March 12. The next day, Shenandoah announced a two-week suspension of all athletic activities, which ultimately turned into a complete cancellation on March 20.

Miller’s season, and that of all spring student-athletes at SU, was done.

“As soon as I heard the news, the first thing I did was I went on a run with my coach and a couple of my other teammates,” Miller recalled on Thursday, “and me and my coach kind of talked things through and we're like this is just an opportunity for me to make new goals for myself and think about plans for next year, and if I want to come back or whatnot.”

Fortunately for Shenandoah’s seniors, they have the option of returning next year to complete their athletic careers. A day after canceling the spring championships, Division III student-athletes were granted a blanket waiver that gave them an extra year of athletic eligibility, regardless of whether schools canceled their spring seasons entirely or not.

For Miller, who is studying public health and had already been toying with the idea of attending graduate school at SU, the decision was an easy one. She’s applying for grad school and plans to compete for the outdoor track and field team one last time in 2021.

“Sports, it’s all about commitment and it’s also a lot about sacrifices. Every single athlete … we sacrifice so much during the school year and we give up so much,” Miller said. “It was definitely hard knowing that I’d have to come back for grad school, knowing that’s significantly harder than undergrad, but at the end of the day I wasn’t ready to give up my identity as an athlete, either. It just gave me an extra year to call myself a student-athlete.”

Grant Thompson and Katie Davis, senior members of Shenandoah’s baseball and women’s golf programs, respectively, are in a similar situation. Like Miller, both had already entertained the notion of attending grad school, and doing so now will allow them to complete their athletic careers on their own terms. Both said last week that they plan on competing for SU in 2021 if they’re accepted into Shenandoah’s grad school program.

“I couldn’t see my baseball career end in that fashion,” said Thompson, an outfielder who has helped Shenandoah’s baseball team to back-to-back Old Dominion Athletic Conference tournament championships. “I mean, I’ve worked so many hours, I’ve worked so hard to kind of see it end in the way that I wanted it to end, and that definitely was not it. For me, as soon as I heard they were giving that (waiver), I knew for certain that I was coming back.”

“I had my plans of going to grad school, getting a job and living my last year at SU as like a normal student, a non-athletic student,” Davis said. “But given the chance to play again, I am 100 percent taking it. I love playing sports and playing golf at SU, so I’m 100 percent ready to take it.”

Shenandoah’s women’s golf team was competing in the Spring Fling Tournament in Kissimmee, Florida, on March 13 when the school made the decision to put the spring season on a two-week hold. Davis said she was about to tee off on the final hole of the two-day tournament when she learned that she was possibly competing in the last golf match of her college career.

“I cried the whole hole, the whole time. I still made a bogey, so it’s fine,” Davis said with a laugh. “After I finished my last putt everyone clapped and my mom was crying. My teammates were there and it was a really cute, amazing moment that I will always remember. Obviously it was very sad, though.”

Davis is fortunate in that she’ll likely have another chance to compete as a Hornet. Others, like women’s lacrosse senior Jess Spindler, have to settle for an incomplete senior season.

Spindler, an exercise science major who has aspirations of becoming a physical therapist, said she already works pro re nata (as needed) for Sinai Hospital in Baltimore, and she noted that she and her boss have already had discussions about Spindler potentially filling one of the full-time positions at the hospital that should open up in May.

Spindler, a Sykesville, Maryland, native, added that she’s planning to attend grad school, preferably in her home state. She said that she’ll likely apply for SU’s grad school program, though Spindler, who said her body is “done,” doesn’t anticipate rejoining the Hornets’ women’s lacrosse team in 2021 even if she’s still on campus.

“Unfortunately I think that life kind of has to move on,” Spindler said on Monday. “Of course, I don’t want it to. I would love to be able to use another year of eligibility, especially at Shenandoah with my girls and the coaches and the people that have really formed me into who I am today. But I have big things moving forward. I have a job to get to and I’m gonna be applying to grad school by the end of the summer. Life definitely, it just keeps moving, unfortunately.”

Spindler noted that most of her close friends on the team are in similar situations.

Returning to school next year is simply not feasible for some seniors for a variety of reasons, including for the sake of their professional futures and the financial burden of attending college for another year. If senior student-athletes who wish to pursue the extra year of eligibility either are not accepted to grad school or don’t want to take that route, they can take classes next school year toward another undergraduate major, according to Shenandoah Associate Athletics Director Scott Musa.

The NCAA requires that Division II and III student-athletes complete their four years of athletic eligibility within their first 10 semesters of college. The NCAA has waived the use of the 2020 spring semester toward a student’s 10 semesters/15 quarters, and Musa said there is a waiver process for current fifth-year student-athletes who will have exhausted their 10-semester limit after this academic year.

Davis said Friday that she hadn’t spoken to any other senior teammates who had definitively stated they were returning in 2021. Miller said a handful of her track and field senior teammates have already decided they’re returning next year, though many more either already had plans to attend grad school elsewhere or are left in a state of uncertainty about their athletic futures. Thompson said the response from Shenandoah’s baseball seniors has been “scattered.”

“Everyone’s at different stages they’re in,” Thompson said. “Some people have jobs lined up. We have a kid on our team that has finished grad school, so he has no more school left to do. But it’s kind of hard for each of the guys that obviously didn’t want it to end this way but they don’t see (another option), either financially or they just don’t want to come back and do another year of school, it’s heartbreaking to see them have it end this way.”

Shenandoah women’s lacrosse coach Lindsey Lutz was able to squeeze in a final practice for those members of the team that remained in Winchester on March 13. Spindler said the seniors wore their home white uniforms, and the men’s lacrosse team watched from the stands at Shentel Stadium to cheer on their female counterparts, who were 7-0 before the season was halted.

It was a makeshift senior day for a group of 11 seniors that Spindler said helped turn the goal of winning an ODAC title from a dream into a very real possibility.

“I was kind of quiet because I just kept stepping back and soaking in like ‘Is this really the last time that I’ll be here?’” Spindler said of that last practice. “I couldn’t really wrap my head around that, or the idea of it being the last time that I would wear that white jersey. I kind of thought it was a joke, but I was like ‘Is this my senior day? Is this how I go out?’ I felt so much love but also so much sadness.”