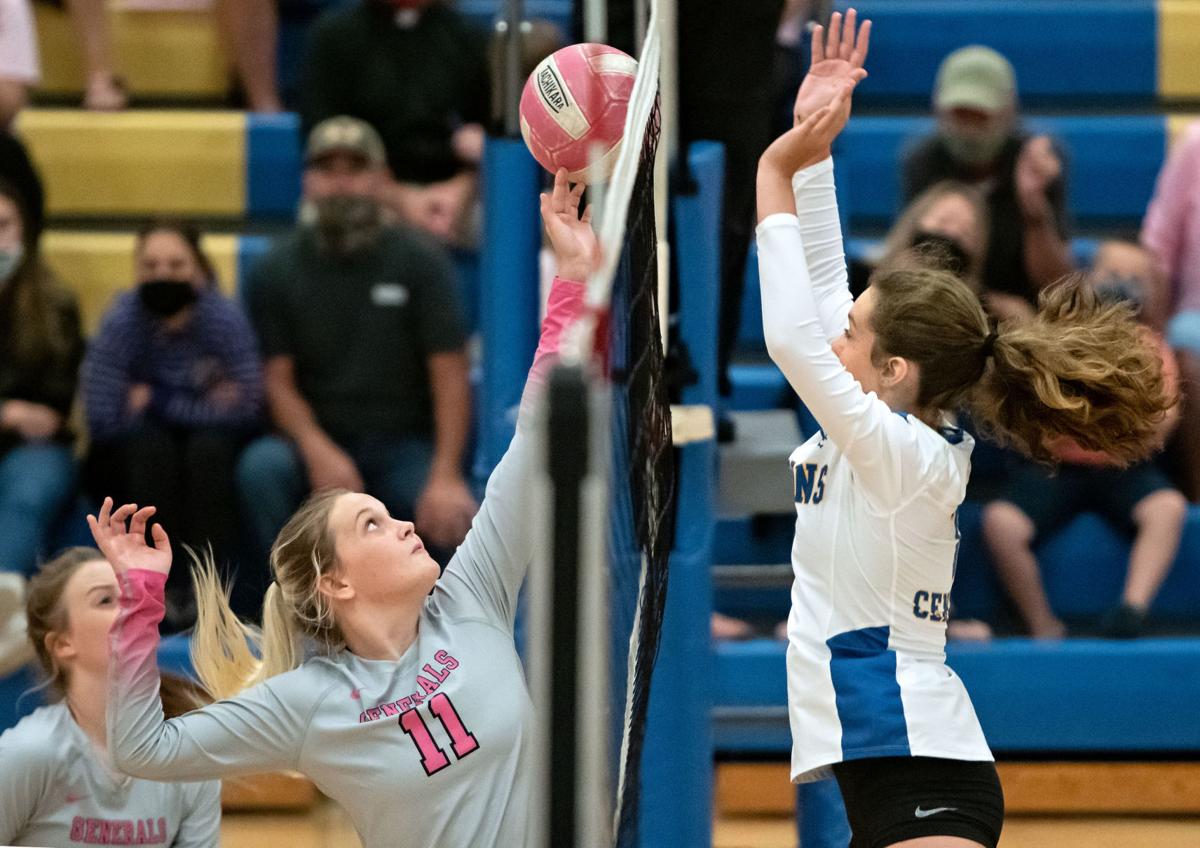 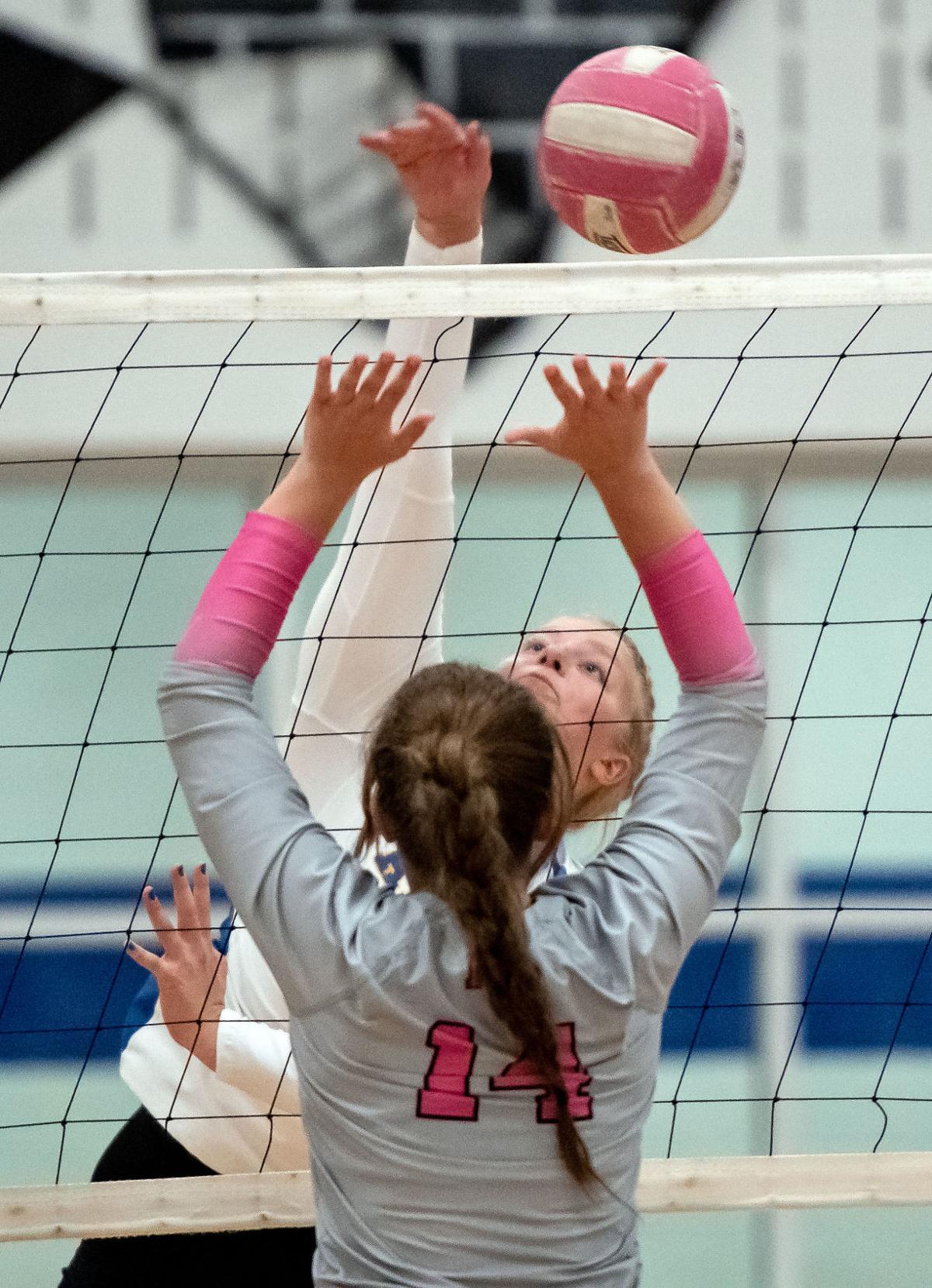 Central’s Emily Funkhouser goes up for a kill over Mountain View’s Alicia Bare. 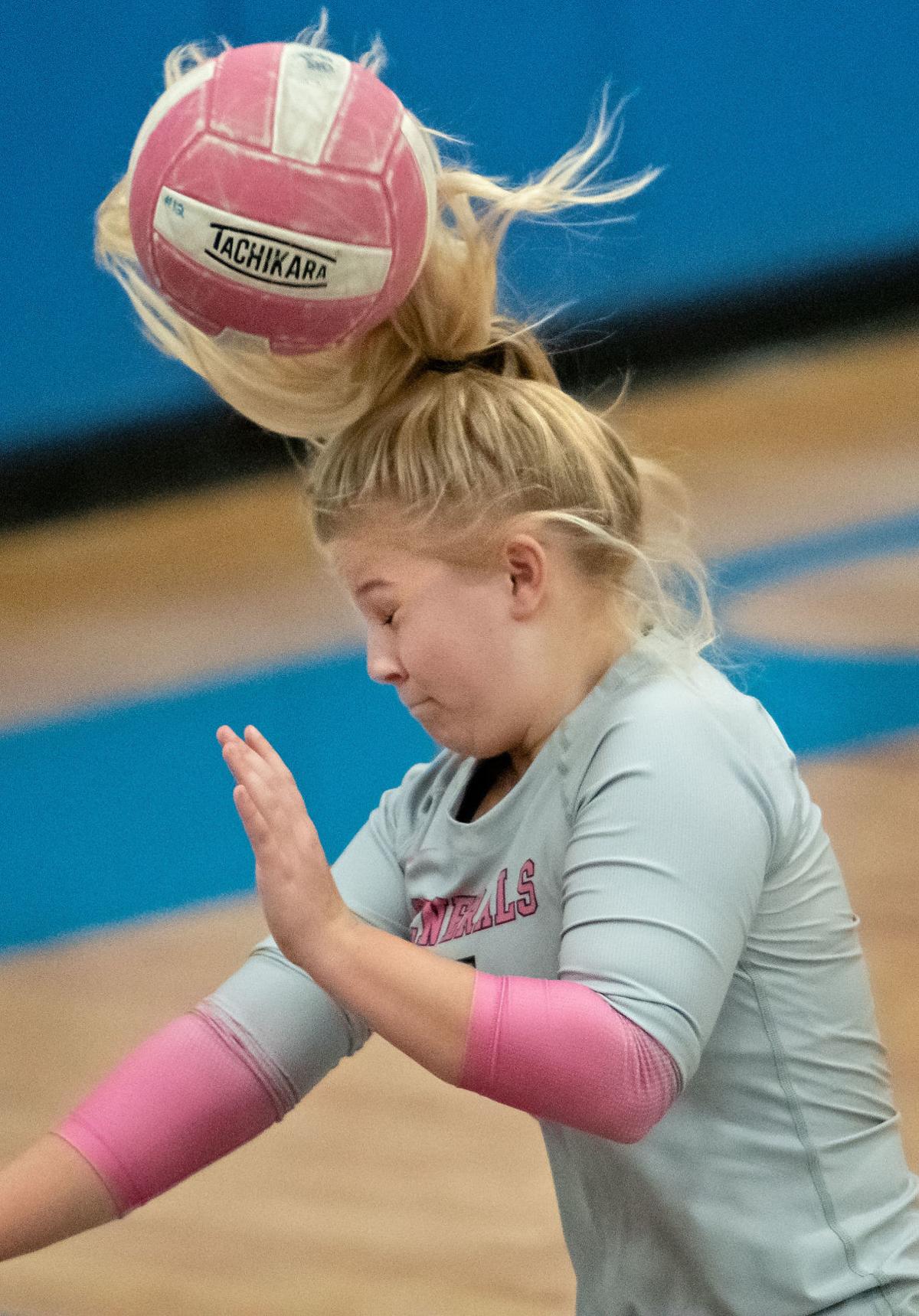 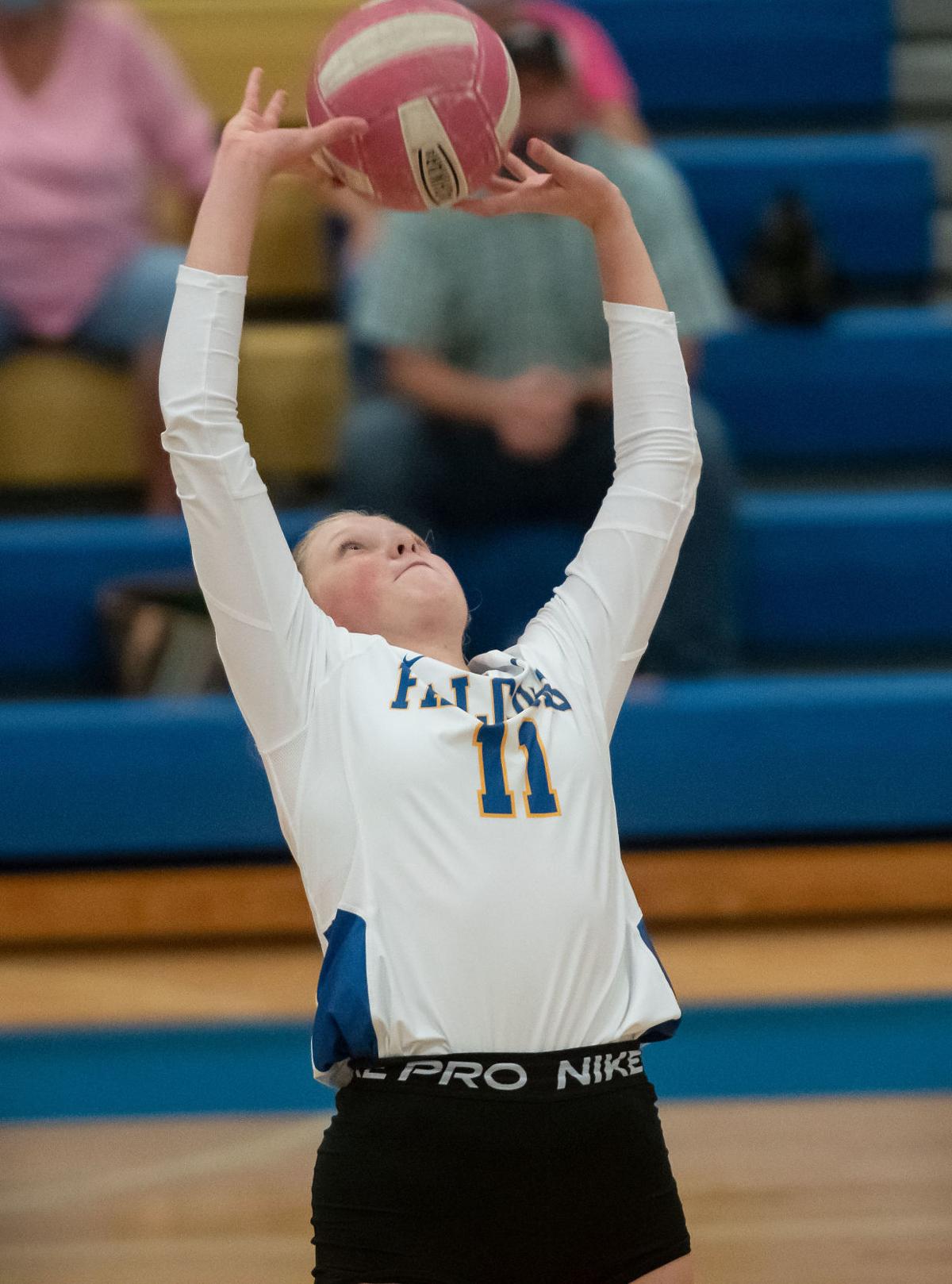 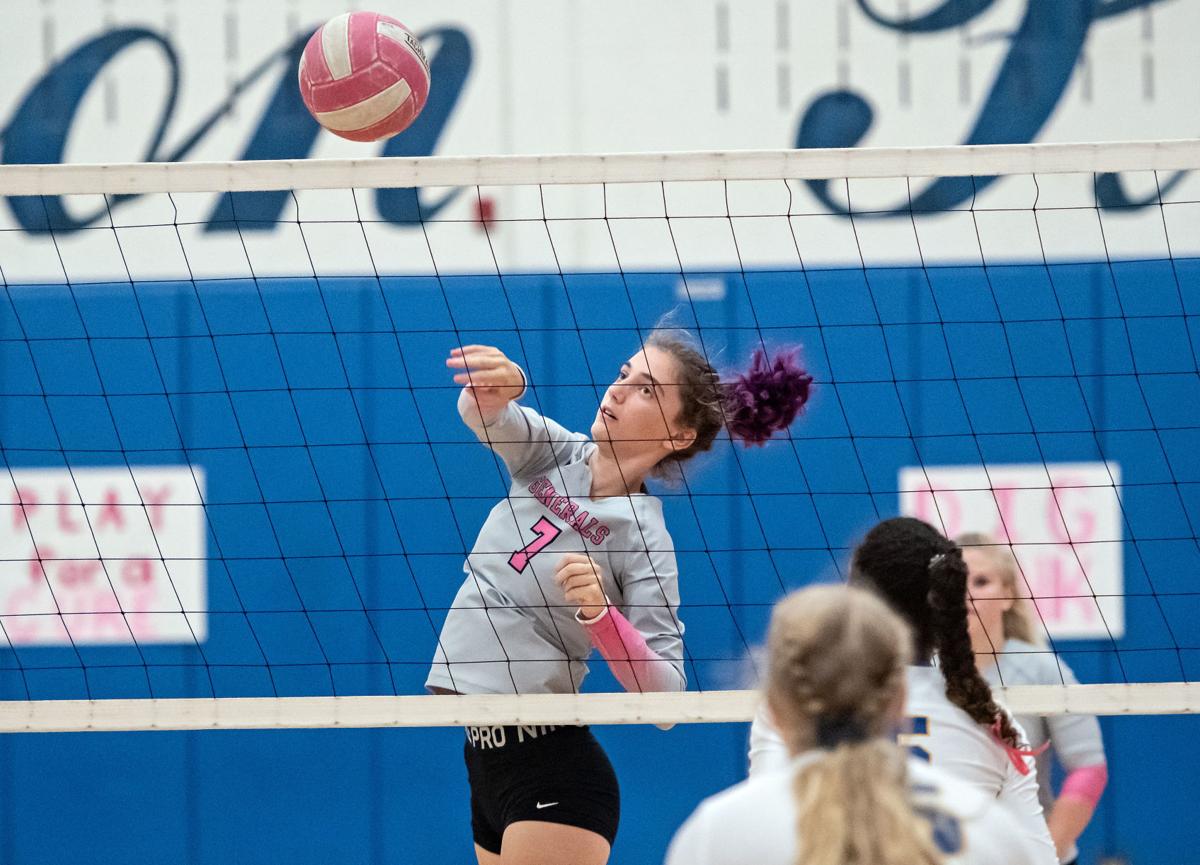 Mountain View’s Annika Dellinger goes up for a kill. 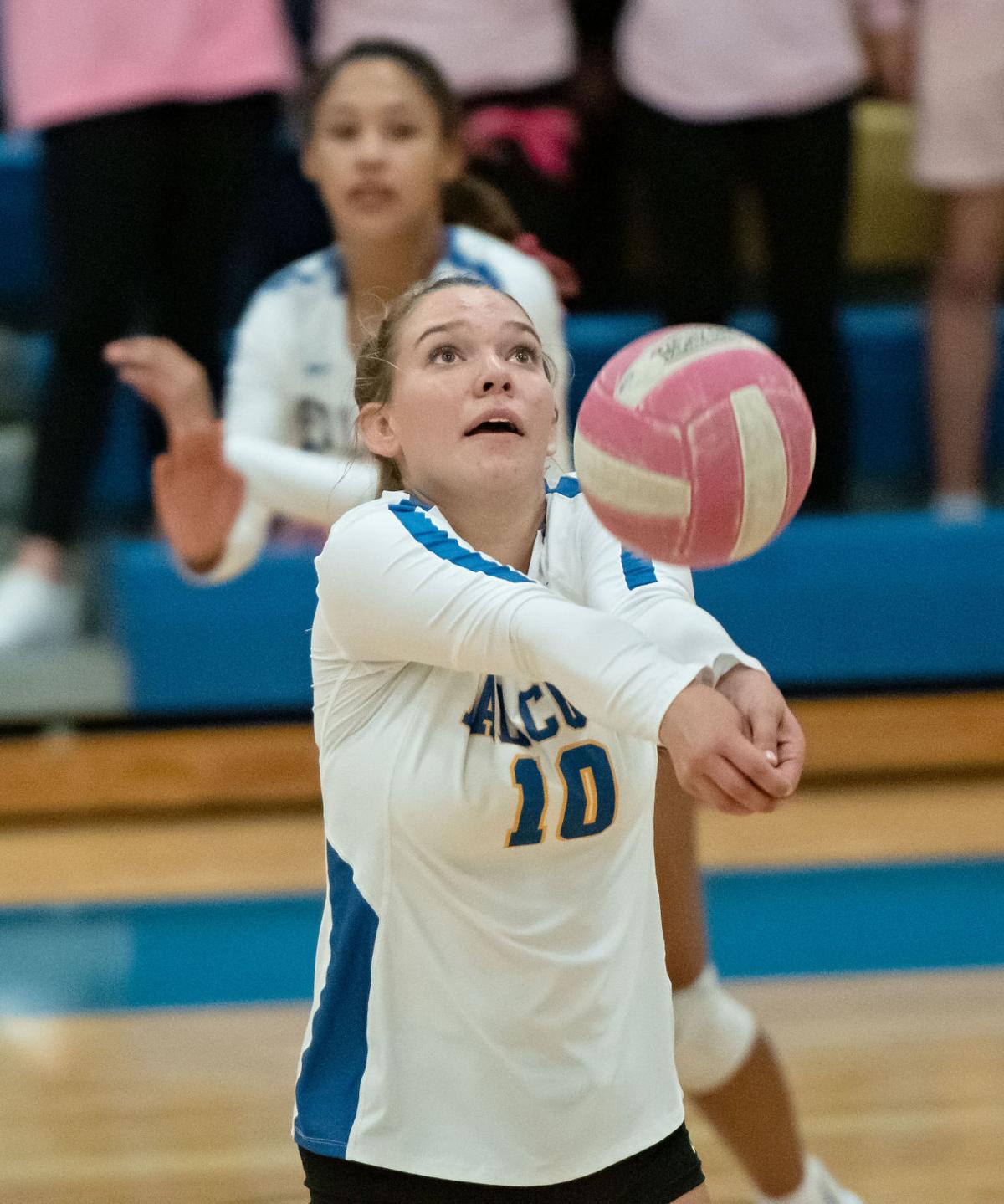 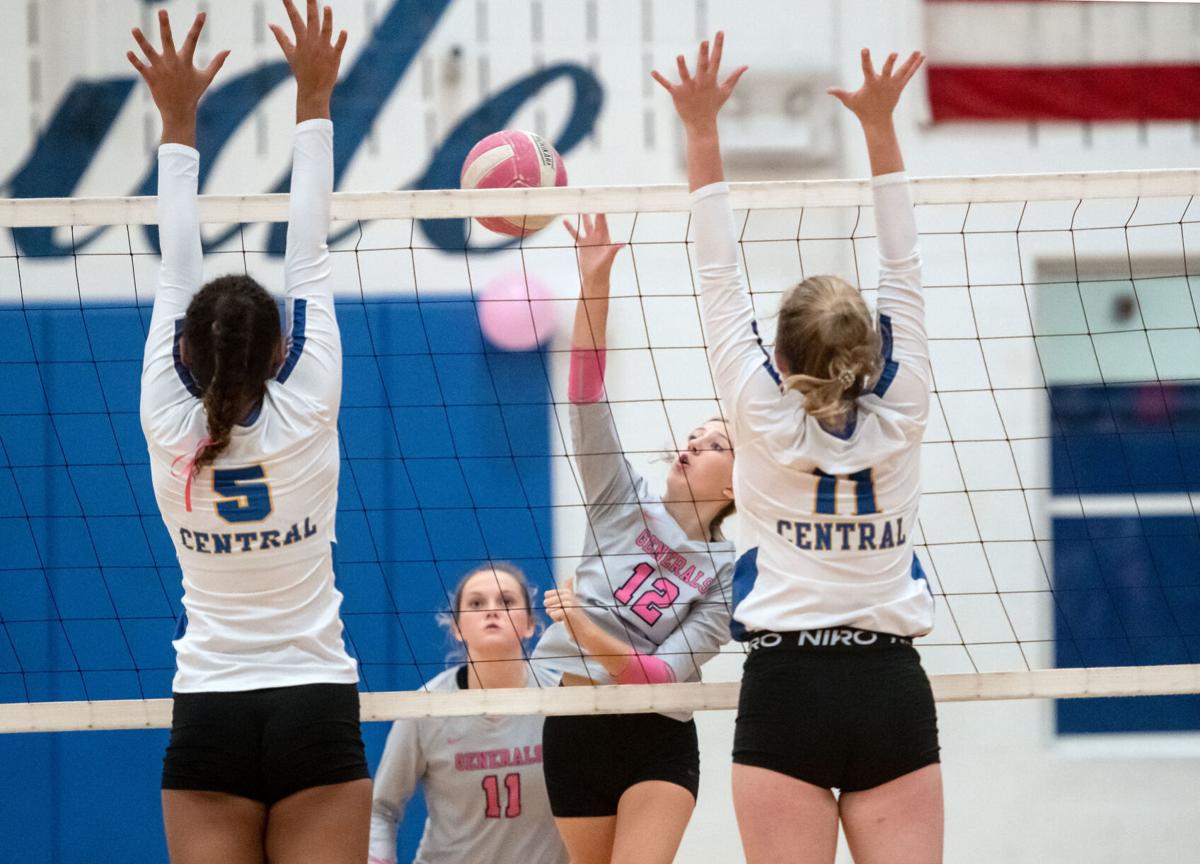 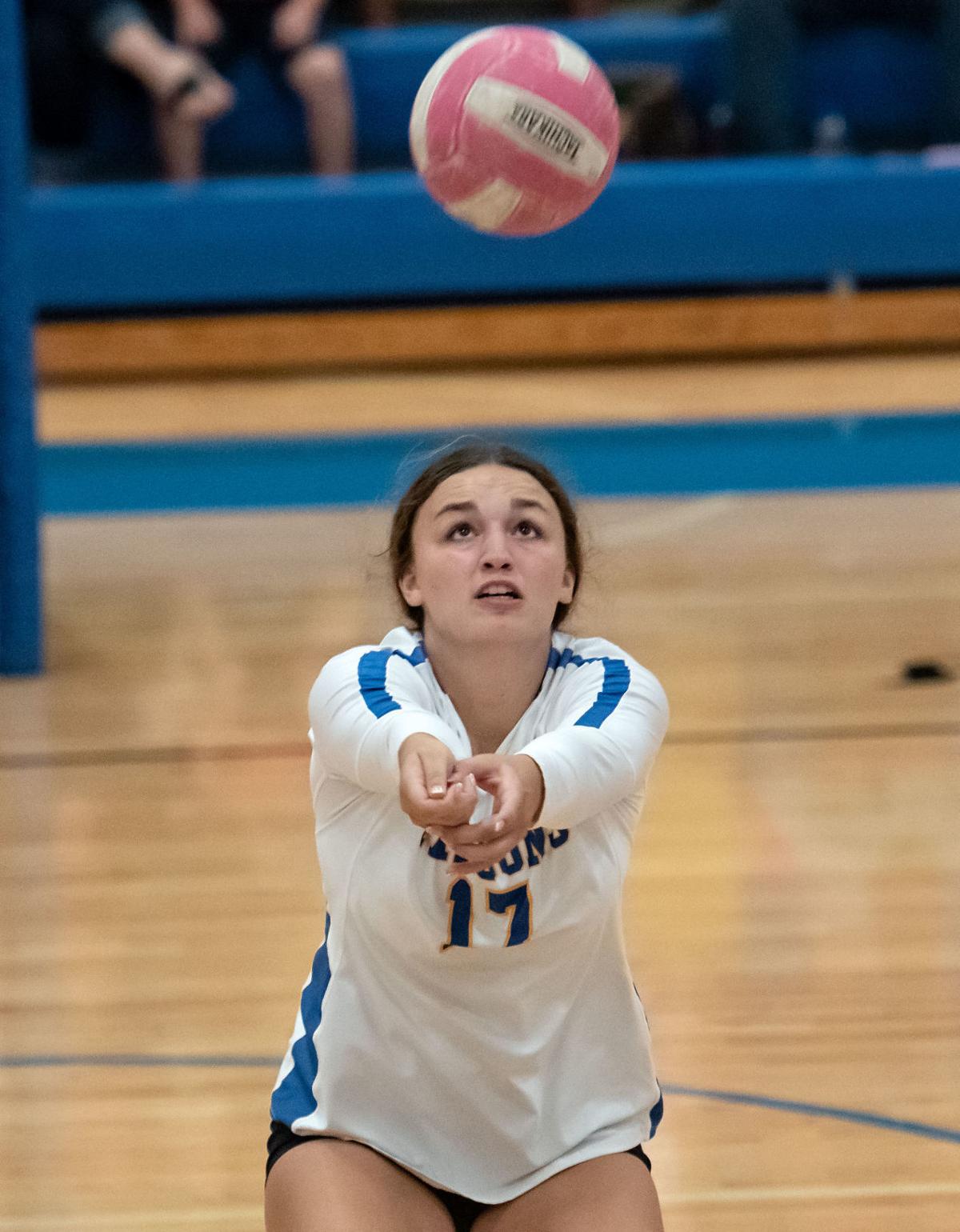 Central’s Emily Funkhouser goes up for a kill over Mountain View’s Alicia Bare.

Mountain View’s Annika Dellinger goes up for a kill.

WOODSTOCK – It wasn’t the most important point of the match. Central had already won the first two sets against Mountain View.

It wasn’t even the most important point of the set. It came early, with Central already leading 6-3.

However, the kill from Central libero Viliane Luyando Disdier did get one of the biggest reactions from the Central crowd.

Luyando Disdier finished the game with two kills, but as a libero, her role is to be the defensive centerpiece of the back row. Right before she takes the court, Falcons coach Ashlie Clar always says the same thing to the senior.

“I tell her ‘Every ball is yours’ and she says ‘OK.’” Clar explained.

It sounds simple enough, but Luyando Disdier’s defensive role is huge for the 13-1 Falcons. She’s expected to get to any ball her teammates can’t get to and assist any teammate who needs it as they work to set up their offense. That’s exactly what she did in Central’s win over Mountain View. She finished the game with two kills, five aces, one assist, and an astonishing 14 digs.

The libero’s stellar play defensively and on the service line helped Central pick up their 13th win of the season, but the Falcons also relied on a balanced offensive attack. Sophomore Peyton DiNardo led the team with 11 kills and also added three aces. Senior Emily Funkhouser had nine kills and Ella Toothman, who is also a senior, recorded six kills, three aces, two blocks, and two assists.

“They came out with energy. They came out swinging.” Clar said of her team’s overall performance. She added that she was upset with some of her team’s missed serves, but then almost took it back, adding, “I told them to be aggressive, so they did listen.”

Toothman, Funkhouser, and DiNardo are often key to Central’s offensive attack, but a fourth hitter, junior Chloe Helsley also stepped up against Mountain View. Clar mentioned her play specifically, pointing out that Helsley was able to record kills while hitting from the outside on both the left and right sides. She finished the game with five kills and a team-high four blocks.

Mountain View did nearly steal the second set from their district opponent. Although Central led for most of that set, a kill from junior Breanna Franklin knotted the score up at 23-23. Franklin had another of her four kills to tie the score again at 25-25. Then, on the very next play, she served an ace to give the Generals a 26-25 lead. Kills from Funkhouser and DiNardo would take away the advantage late in the set, and the Falcons hung on to win it 29-27.

“That’s a boost in and of itself,” Mountain View coach Wendy Poole said of forcing the Falcons to play past the 25-point mark. “It would have been a great confidence builder (to take a set), especially considering we lost last night in five sets.”

The loss Poole was referencing was the Generals home contest against Strasburg. Dropping the two games in a row brings Mountain View’s record to 3-13 on the year.

While the Generals look to rebound with four regular-season games left on the schedule, Central is preparing for one of its most important regular-season games. The Falcons lone loss this season came at home in early September against East Rockingham. Central will get a rematch, this time on the road, today.

“We just need to be mentally prepared for that game,” Clar said, adding that her team matches up well with East Rockingham from a skill standpoint. Clar also said it will take a performance full of drive and heart to avenge their only loss. That’s something Luyando Disdier and the rest of the Falcons seem ready to do.

“I think we’ll do really good this time knowing they’ve beaten us,” she said moments after beating Mountain View. The senior was already preparing mentally for today’s contest, just like her coach expects her to.