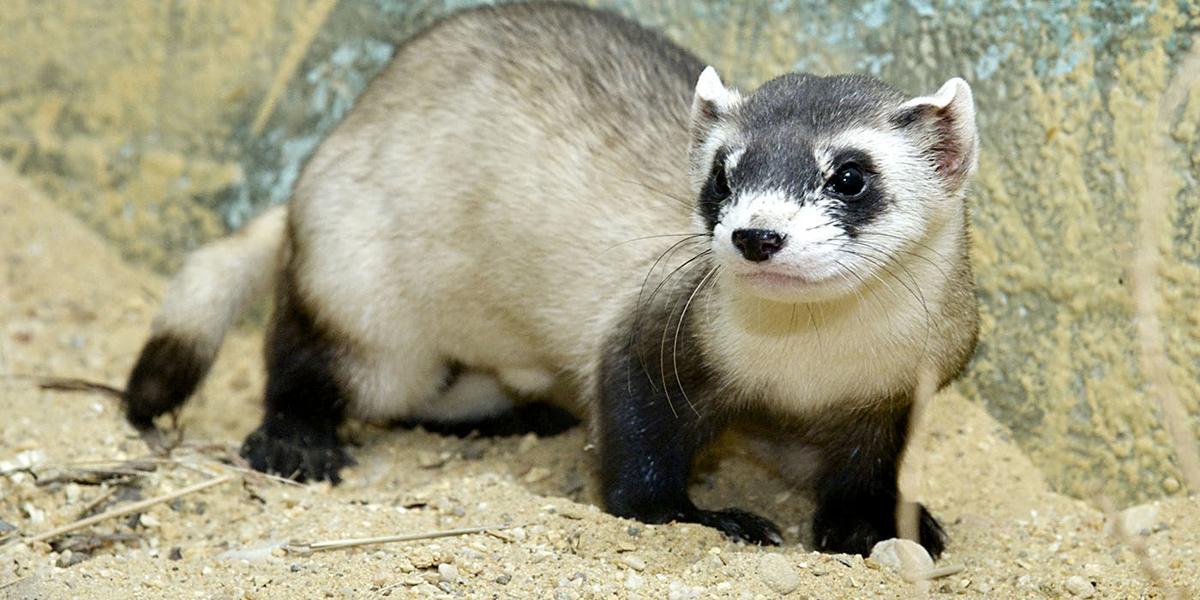 Animal care staff at the Smithsonian Conservation Biology Institute welcomed six black-footed ferret kits to 2-year-old mother Potpie this month and have set up a webcam that the public can access through the SCBI's website. 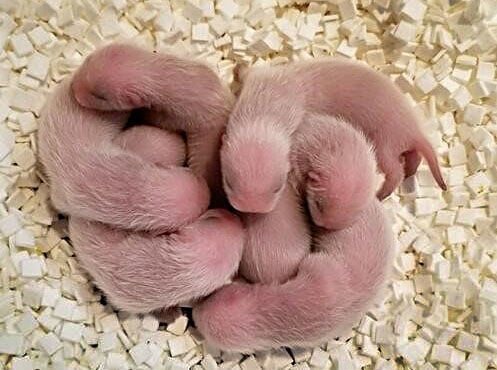 The six black-footed ferret kits were born May 10.

Animal care staff at the Smithsonian Conservation Biology Institute welcomed six black-footed ferret kits to 2-year-old mother Potpie this month and have set up a webcam that the public can access through the SCBI's website.

The six black-footed ferret kits were born May 10.

The kits were born on May 10 to 2-year-old Potpie, and animal keepers are monitoring the ferrets’ behavior on a webcam that broadcasts on the Smithsonian National Zoo’s website, nationalzoo.si.edu/webcams/black-footed-ferret-cam.

It’s the facility’s first litter of black-footed ferrets so far this year, according to a May 14 news release posted at the SCBI’s website.

Virtual visitors can observe the family on the webcam until the kits become more active and venture out of the den, once they’re about 40 days old, the release states.

“Depending on where Potpie chooses to rest in her den, the kits may be more or less visible on the webcam,” it notes.

“Animal care staff are leaving Potpie to bond with and care for her kits without interference, so it may be some time before they can determine the kits’ sexes. All six kits appear to be nursing, moving and vocalizing well.”

The kits’ father is 2-year-old Denver, who came to the SCBI in fall 2018 from the U.S. Fish & Wildlife’s Ferret Center in Colorado. The pair received a breeding recommendation from the Association of Zoos and Aquariums’ Species Survival Plan.

This is the second litter for Potpie and Denver, who contributed 12 kits to their species’ survival in 2019, each with different mates, the release states. Potpie is one of 19 female black-footed ferrets that live at the SCBI, and staff members expect more births in the coming weeks.

Black-footed ferrets were thought to be extinct in the wild until 1981 when a colony was discovered near Meeteetse, Wyoming, the release states.

Eighteen black-footed ferrets were brought into human care by the U.S. Fish and Wildlife Service and the Wyoming Game and Fish Department to prevent the species from going extinct.

The SCBI has helped breed the ferrets since 1988. More than 960 ferrets have been born at SCBI, and, of those, 200 have been reintroduced to the wild.

Harness racing to go on this fall in Woodstock