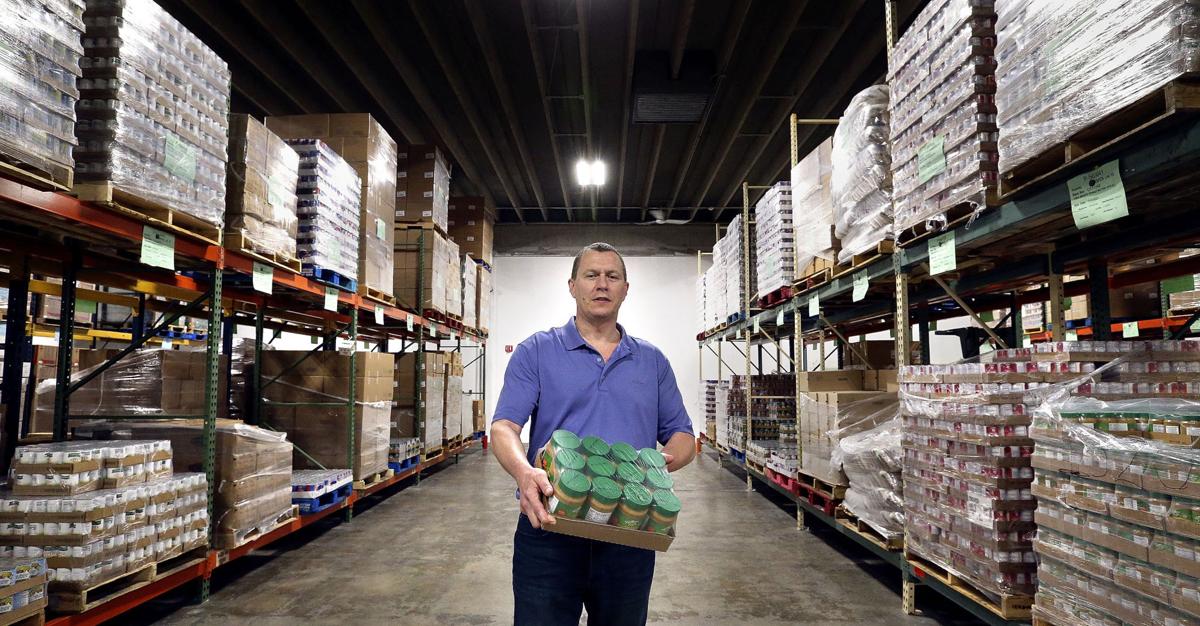 Jarret Tomalesky, branch manager for the Lord Fairfax Area Branch of the Blue Ridge Area Food Bank on Roberts Street in Winchester, is pictured recently. The food bank is celebrating its 40th year of serving the region and will launch its Unity in Community Food and Fund Drive in August. 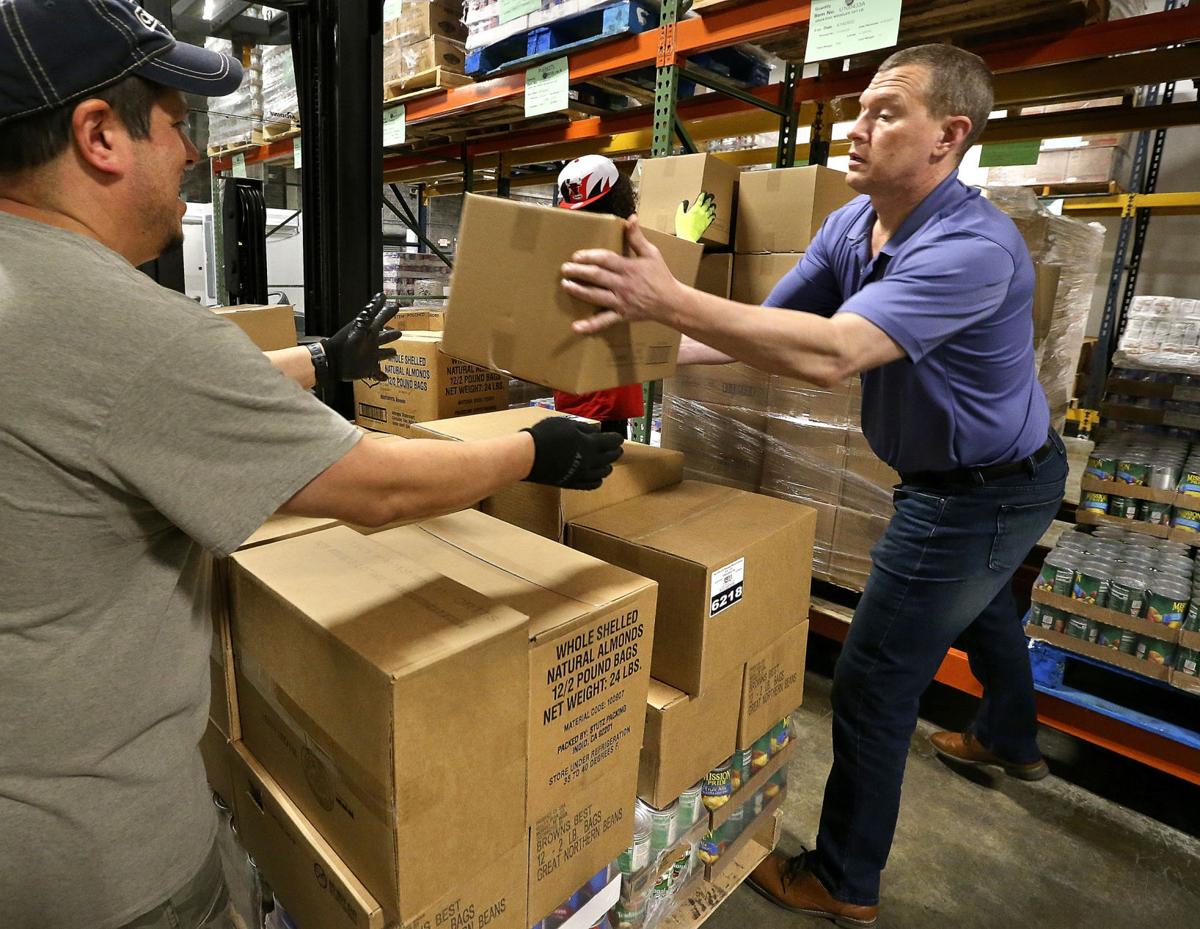 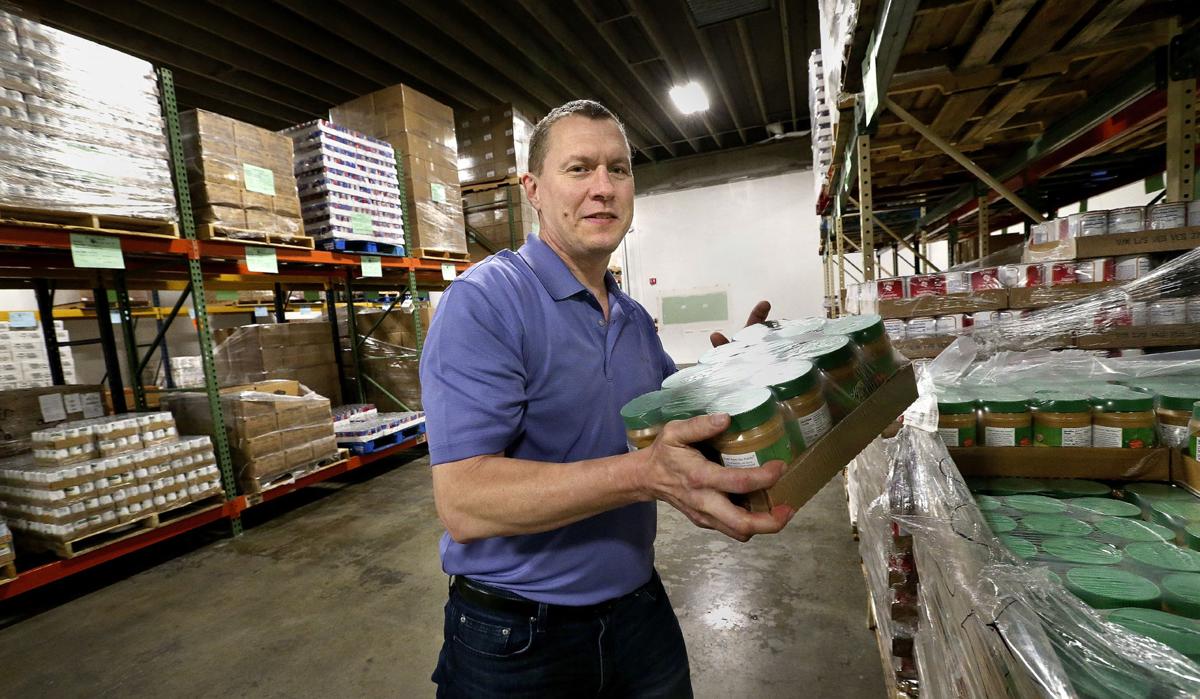 Jarret Tomalesky, branch manager for the Lord Fairfax Area Branch of the Blue Ridge Area Food Bank on Roberts Street in Winchester, is pictured recently. The food bank is celebrating its 40th year of serving the region and will launch its Unity in Community Food and Fund Drive in August.

The Blue Ridge Area Food Bank is marking its 40th year of serving communities around the northern part of Virginia.

From Aug. 7 to 14, it will hold its first-ever food and fund drive — called the Unity in Community Food and Fund — to raise money and collect dried and canned goods for people around the region who are struggling with food insecurity.

The food bank covers a large region of 25 counties and eight cities through its distribution centers in Winchester, Charlottesville, Lynchburg and its Verona headquarters, said Colleen Berger, volunteer coordinator of Unity in Community Food and Fund.

From there, food is distributed to area food pantries.

Through the Unity in Community Food and Fund, Berger said, the food bank hopes to highlight not only its efforts over the last 40 years but also the communities that support its work.

“We have had large food drives and fund drives in the past that we have benefited from,” she said. This is the first effort they’ve done that combines both types of collections.

People can send food or funds directly to their area branch or to the Verona location, which will distribute the aid where it’s needed.

Though the food bank plans to make Unity in Community Food and Fund a yearly fundraiser, Berger said the Stamp Out Hunger drive that they hold each spring is “by far our largest food drive of the year.”

The COVID-19 pandemic had a drastic impact on that fundraiser, she said, making it difficult to collect donations from an already struggling region and causing the need for more ways to make up the difference.

“Having that loss the last two years has been significant,” she said.

Fortunately, other aid they and their clients received during the pandemic — as well as some quick thinking on the part of food bank administrators — helped the service area so much that both the food bank and area pantries saw fewer people stopping by for supplies.

Tthe need for food “escalated quickly,” in early spring 2020, he said, as stores saw runs on food and other supplies, people were suddenly out of work, and children who usually get free school meals were now home 24/7.

“Fortunately we were prepared for the unforeseen, so we could put our plan into action quickly,” he said. “We were able to jump out in front, get the orders going.”

He said the regional food bank’s actions benefited each of its branches and subsequently its partner food pantries.

“Hats off to our team in Verona,” he said. “It’s actually, I would say, getting back to somewhat normalcy.”

Near Woodstock, My Church Keep the Change Food Pantry also saw fewer clients than normal during the pandemic, maybe because people were cautious about leaving their homes or were receiving help elsewhere.

“The past four weeks, I’ve noticed that they’ve started coming up a bit more,” said Donna Orndorff, director of the food pantry.

She said clients didn’t need to relay as much on the food pantry because they had help from government stimulus checks, free lunches from area schools, an increase of benefits through the Supplemental Nutrition Assistance Program, and help from the Feeding America network, the country’s largest hunger-relief organization.

“The ones that did come out, they were in need,” she said.

“We’ve gotten lots of those and they were such a blessing,” she said.

Going forward, as people are more comfortable being outside, she anticipates many of their clients returning.

“I think everyone’s very aware of where we are and what we do. I can see it starting to pick back up,” she said. “People are getting vaccinated and I believe that they’re beginning to come out again.”

Keep the Change will continue offering drive-thru services for clients cautious about meeting face-to-face, she said.

Though the regional food bank has weathered the pandemic so far, Tomalesky said its success is far from certain.

For one thing, before the pandemic the food bank was still feeling the effects of the 2008 economic crash, from which the region has yet to recover.

Before the crash, he recalled, the food bank delivered a “hundred thousand pounds” of food each year.

“The need is not going away,” he said.

Also, it’s not exclusively people without jobs who are affected, he said.

“Most individuals we serve are gainfully employed but there’s not the higher-wage jobs,” he said.

With rent and food prices continuing to rise, he said, that need will keep growing.

The Unity in Community Food and Fund Drive will accept monetary donations online Aug. 7-14, Berger said. Food will be collected at branch locations from 10 a.m. to 3 p.m. those days.

The best donations would be canned meat or other canned goods, Tomalesky said.

“Our goal this year is 400,000 meals,” said Berger. “Right now I think the biggest need is just continuing support. We’re really hoping that the pandemic may hopefully end soon. But the economic consequences could go on a long time.”

She encourages people to stop by and see the warehouse so they can better understand the amount of food required to feed the community’s food-insecure population.

“[It’s] a good chance for people to come and see their food bank,” she said.