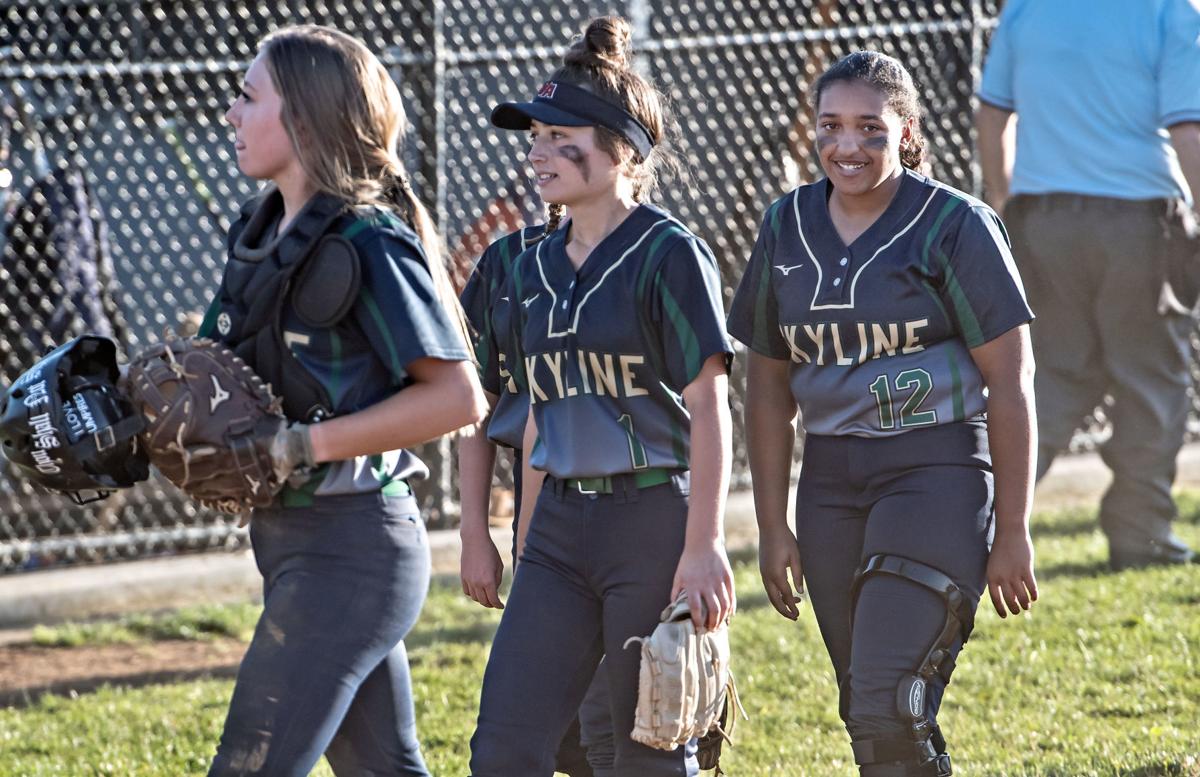 Skyline’s catcher Jillian Shannon, left, Astoria Free, center, and Tiara Ford, right, walk to greet Warren County players after their June 16 game. Ford, a senior, has been solid for the Hawks this season with two homers and six RBIs. 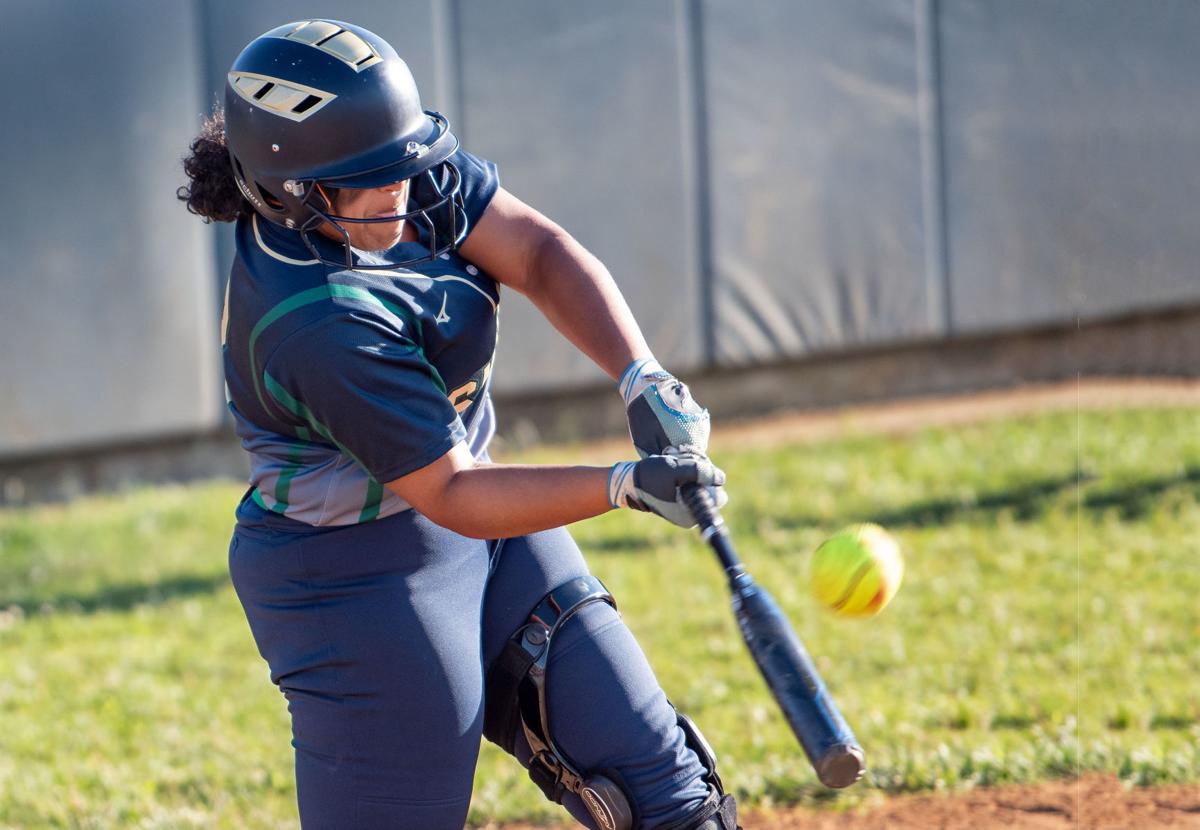 Skyline’s Tiara Ford makes contact with the ball during their June 16 game against Warren County.

Skyline’s catcher Jillian Shannon, left, Astoria Free, center, and Tiara Ford, right, walk to greet Warren County players after their June 16 game. Ford, a senior, has been solid for the Hawks this season with two homers and six RBIs.

Skyline’s Tiara Ford makes contact with the ball during their June 16 game against Warren County.

The senior outfielder tore her anterior cruciate ligament and her meniscus in her left leg last year on the first day of softball tryouts.

"It was tough at first," Ford said of her injury. "I had to go through physical therapy and watch them practice. I couldn't play. So it was kind of tough to watch them and not practice and play with them. But I'm better now, and I'm glad I'm back with the team."

Skyline didn't end up having a season due to the COVID-19 pandemic, but travel softball season did happen last summer with the Front Royal Fire and she said that was also difficult not to be able to play.

This season, Ford has been used as the designated player and hasn't played on the field.

Skyline coach John Ritter said the fact that Ford was OK with just being a hitter this season says a lot about who she is.

"She's a team player," Ritter said. "She's like, 'I'll do whatever you want.' And that's a great feeling when you got 12 kids on your team that go 'hey I just want to play. If someone goes down, I'll play.' And that's what is good about her. I'm like, 'hey I know your knee's bothering you. Do you have a problem if I just let you hit.' She's like, 'I'm good with that.' That shows she's there for the team."

After a little bit of a slow start, Ford's bat has come to life for the Hawks this season.

Ritter said it's been a lot of fun watching her have success again this season after what she went through.

"It was great because an injury like that isn't always to come back from," Ritter said. "It's always in the back of your head if you do something, and I think at the beginning of the season it was a little bit. And once she got to practice and got to do things I think she realized that 'hey, I think some of this is psychological.' And I think once she figured it out she just kind of jumped out. And the last stretch of the season she was big at the pate in some crucial games."

Ritter said her discipline is one of the things that makes her a strong hitter.

"It's just one of those things she doesn't panic," he said. "She doesn't go up there like, 'I got to swing at this. I got to swing at that.' So her discipline has been good as far as that. And when you can look at pitches and foul stuff off, you know that's close, that makes you a good hitter."

Ford said her first day of practice and her first game felt special after being away from the game she loves.

"When we first started practices I was a little rusty," she said. "But after the first game, I was good. It felt great. I was so excited the first day and glad to be back and be on the field."

Ford said she started playing for the Front Royal Fire travel team when she was 10 and then played on the junior varsity squad as a freshman.

During her sophomore season, Ford was a member of the varsity team, which advanced to the state semifinals for the second straight year.

She said the whole experience was a great one.

"It was amazing," Ford said. "I loved seeing everybody there and everybody cheering for us. And I loved watching them play. We want to go back, especially for us seniors, and try to win this year."

The Hawks play at New Kent at 3 p.m. today in the Class 3 state semifinals and Ford said this year's team is a special one.

"I think we've improved a lot since when we first started," Ford said. "I think we're a great team, great group of girls. We cheer each other on. We're like a big family."

Ford is also one of three graduated seniors on the squad and she said she's tried to be more of a leader this year. Ritter said she leads by example and the players all have a lot of respect for her.

Ford said it's starting to hit her that this is the end of her high school softball career.

"It's a very intense feeling," she said of her final week of the season. "Because I know that it's going to end soon and I don't want it to end."