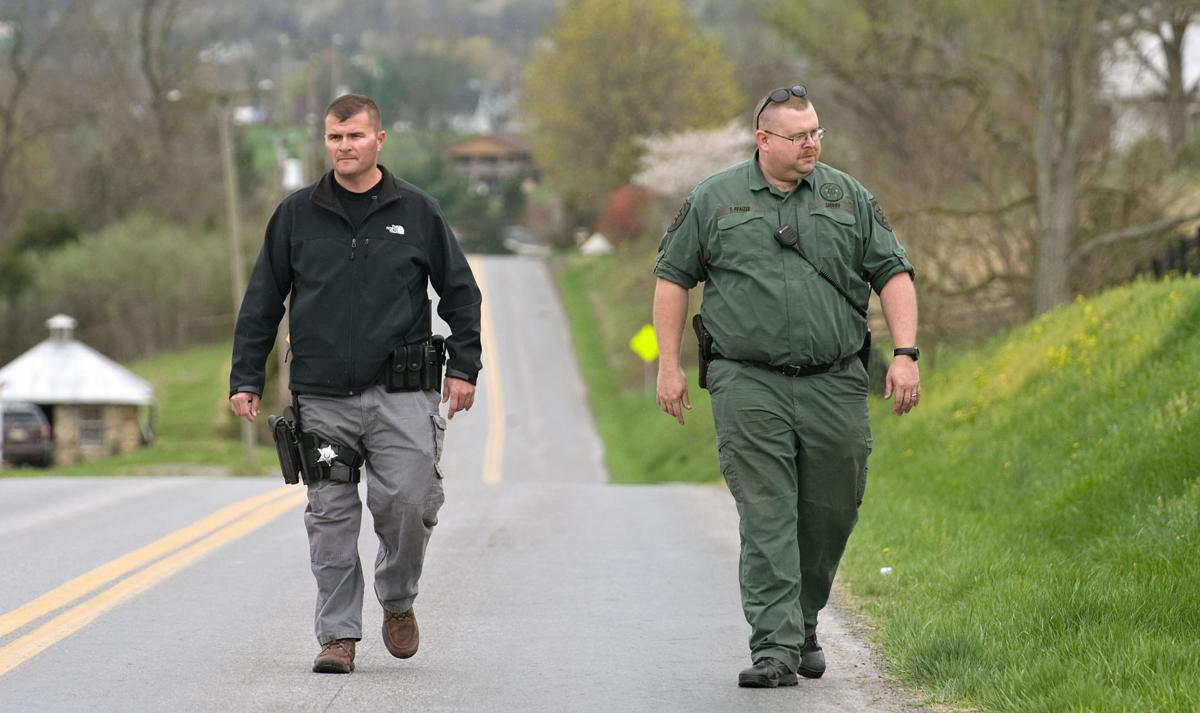 Lt. Barry Kittoe, left, a search and rescue specialist with Frederick County Sheriffs Office, and Shenandoah County Sheriff’s Deputy Tom Frazier, right, search for a missing woman along Barbershop Road in April 2015. Frazier died in a traffic accident while investigating a case in New Mexico for the Artesia Police Department. 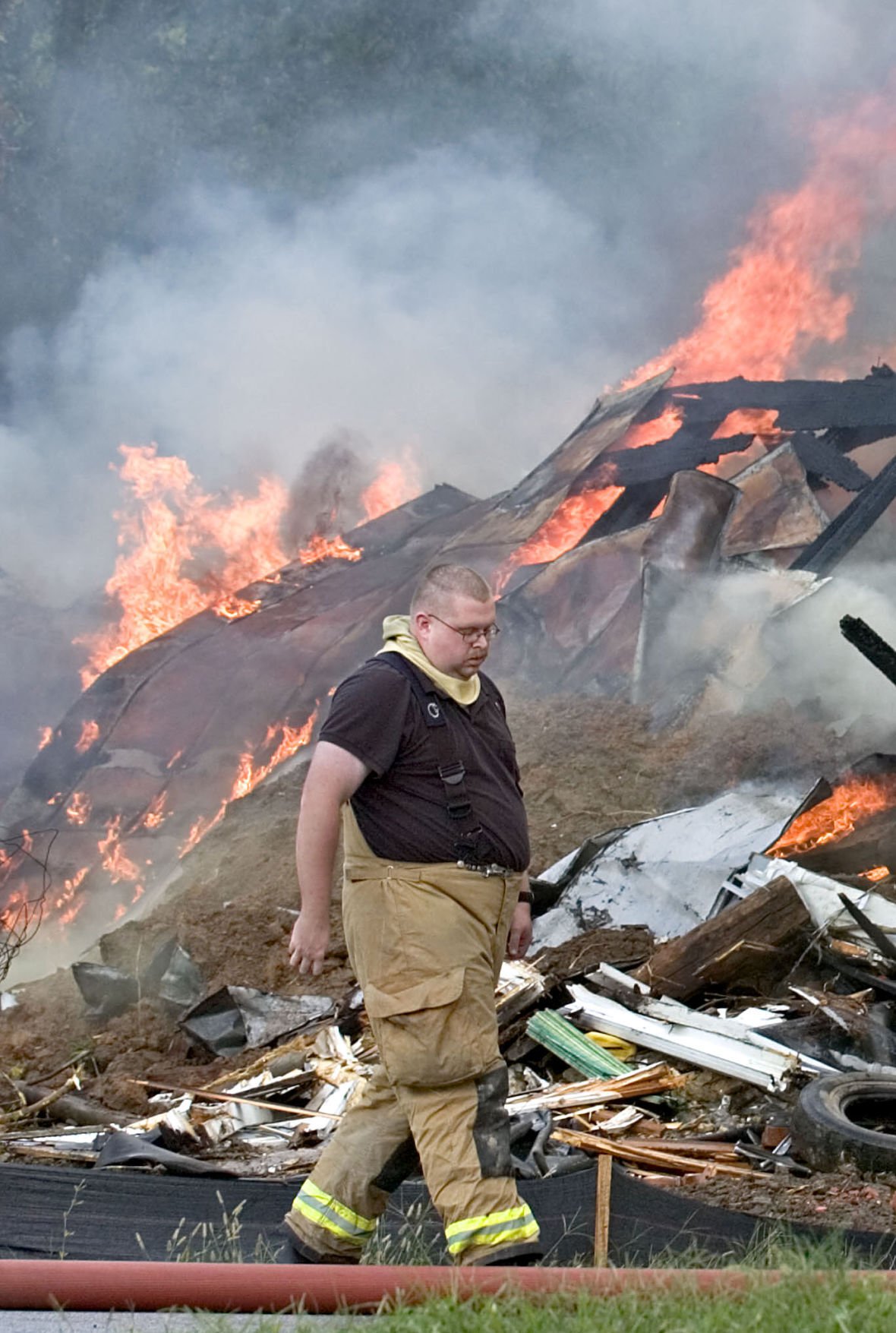 Strasburg volunteer firefighter Thomas W. Frazier walks past the burning debris from a house fire that was part of a controlled burn on Branch Street in Strasburg in September 2006. 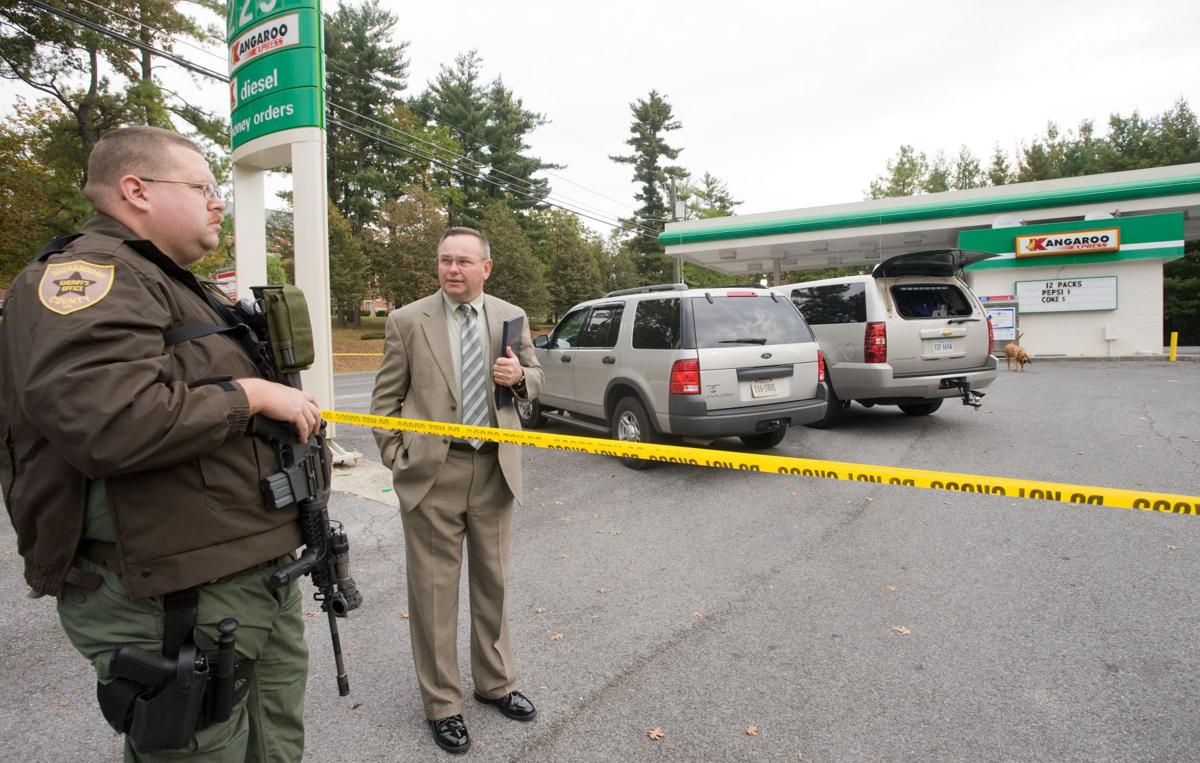 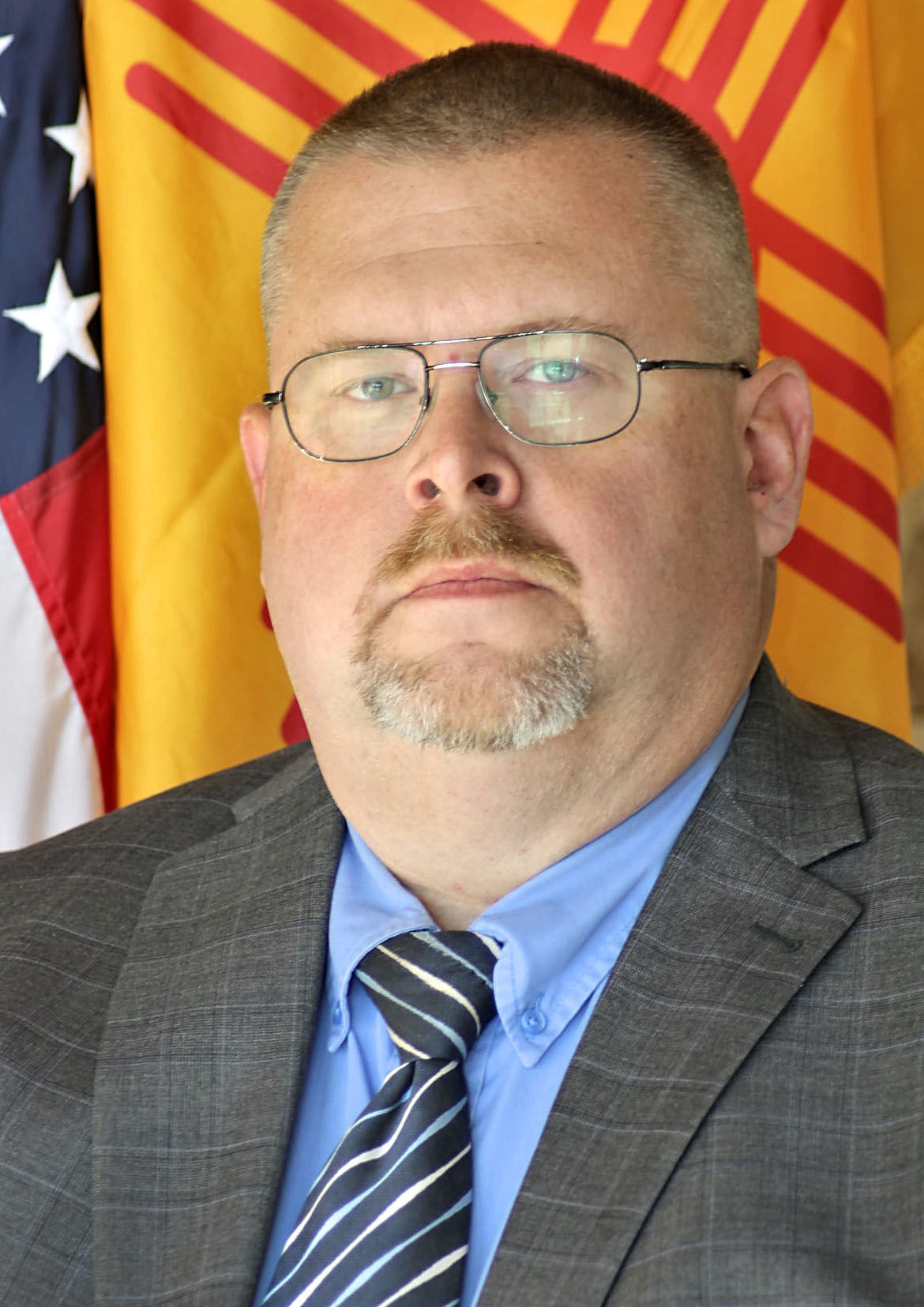 Lt. Barry Kittoe, left, a search and rescue specialist with Frederick County Sheriffs Office, and Shenandoah County Sheriff’s Deputy Tom Frazier, right, search for a missing woman along Barbershop Road in April 2015. Frazier died in a traffic accident while investigating a case in New Mexico for the Artesia Police Department.

Strasburg volunteer firefighter Thomas W. Frazier walks past the burning debris from a house fire that was part of a controlled burn on Branch Street in Strasburg in September 2006.

A police officer and firefighter from Shenandoah County who died Friday in the line of duty in New Mexico is being remembered as a “good guy” with a “servant’s heart” by fellow officers in both the Shenandoah Valley and in New Mexico.

Corp. Thomas Wade Frazier, 42, of the Artesia Police Department, died in a crash about 10:45 a.m. on U.S. Highway 285 north of Artesia, a city about 250 miles southeast of Albuquerque with a population of about 11,000 people, according to a news release from the New Mexico State Police.

Frazier was working an investigation when the pickup truck he was driving collided into the back of a tractor-trailer that had slowed down to turn into a local dairy, the release states.

Frazier sustained fatal injuries and was pronounced dead on the scene by the Office of the Medical Investigator, the release states. The New Mexico State Police is investigating the crash.

Frazier also volunteered with the Strasburg Fire Department beginning in 1997 and received more than 50 certifications with the state Department of Fire programs, FEMA Emergency Management Institute, the National Fire Academy, the U.S. Forestry Service, and many others, according to the Strasburg Fire Department’s Facebook page. Frazier held several offices within the department, including assistant chief and secretary. He also was a member of the FEMA Fire Fighting Team and the Woodstock Rescue Squad.

In 2016, he moved to New Mexico to serve as a corporal with the Artesia Police Department. He later transferred to the Criminal Investigations Division and became an agent with the Alcohol Tobacco and Firearms Task Force. He was also chief of the Sun Country Volunteer Fire Department.

Carter remembered Frazier as possessing a calm demeanor throughout any task, whether it be mundane or high stress. In 2003, as a volunteer, Frazier perused through a large amount of video footage to identify suspects in a murder case, Carter said.

“He was a good guy,” Carter said. Carter posted on his YouTube page a video of the Sheriff’s Office lowering its flags at daylight Monday in honor of Frazier.

Stephens City Police Chief Bill Copp, said Frazier trained him when he first started his policing career in 2012 as an auxiliary officer with the Shenandoah County Sheriff’s Office. The two rode together on Copp’s first night, he said, connecting over Frazier’s excitement over getting marriage.

“He had a servant’s heart,” Copp said.

Frazier was a second generation law enforcement officer and firefighter. His father, “Big” Tom Frazier, served in the 1980s with the Woodstock Police Department and was a life member of the Strasburg Fire Department, according to the departments’ Facebook pages.

“Tom was one of the best,” the Woodstock Facebook page posted. “A cop’s cop, a family man and a friend to all. We miss him greatly.”

Lindell Smith, public information officer with the Artesia Police Department Public, spoke about the knowledge Frazier brought to the department about abiding laws and using investigation techniques, and his willingness to pass that knowledge on to other officers. With his fire department background, Frazier was able to provide instruction on EMS efforts using tourniquets.

Frazier was also a bit of a jokester, Smith said, but not at the expense of anyone else. He had a “heavy Virginia accent,” that would make coworkers say to each other, “what did he just say...I don’t know, just nod your head and smile,” Smith said.

Frazier also was an active member of his church and a supporter of shopping events to help less-fortunate children, Smith said.

Frazier married his wife, Allison, in 2012, and had three children, according to the Artesia Police Department. His wife has a lot of support in Artesia personally and from the Artesia police and Sun Country fire departments, Smith said.

Services for Frazier will be held Wednesday in Artesia, according to the Artesia Police Department. The department is working on providing a way for people to make donations in his honor, which can found on the department’s Facebook page, Smith said.