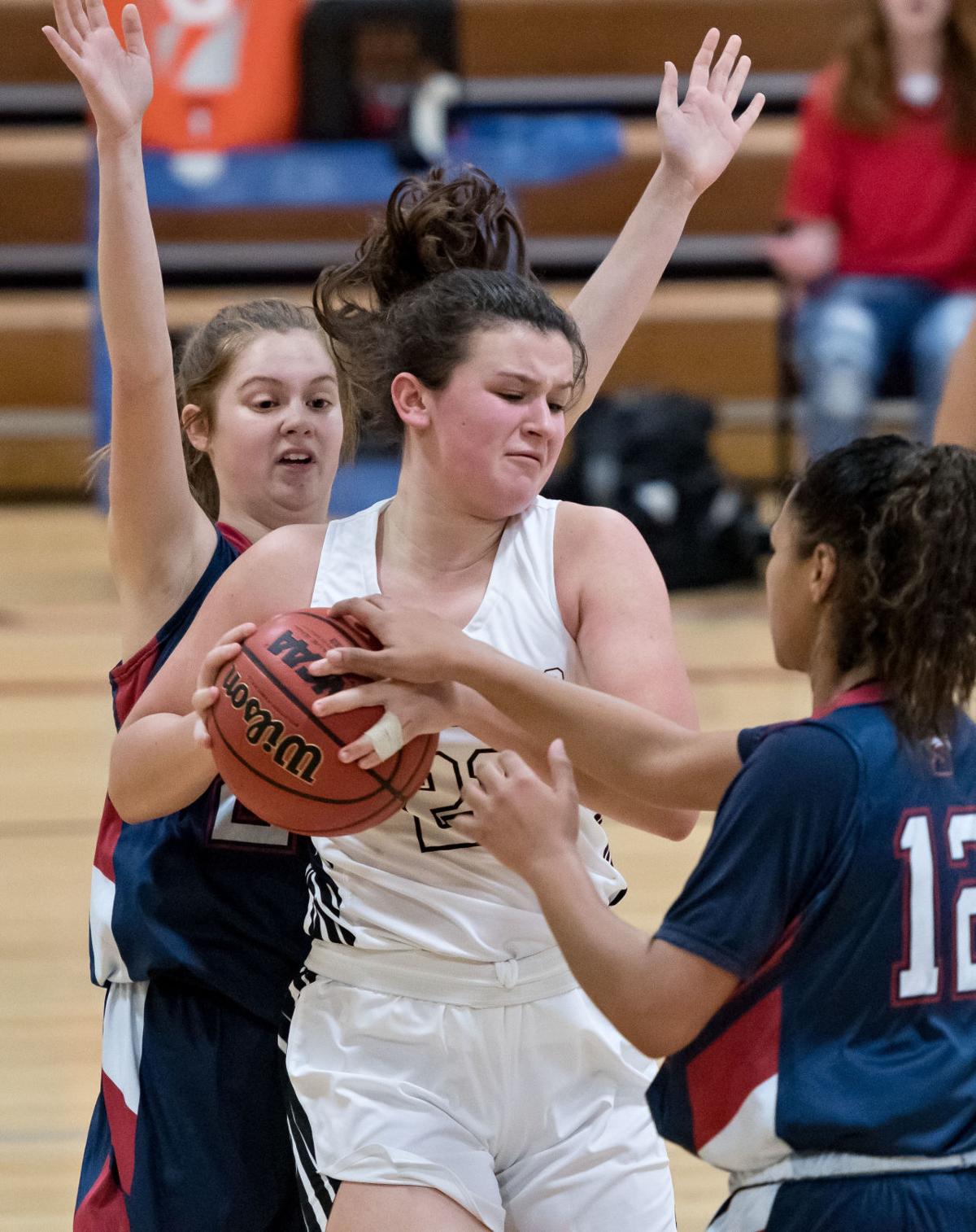 Both the Frederick County and Winchester school divisions have opted to postpone the start of their winter high school sports season until the first full week of January due to COVID-19 concerns.

Both school divisions will reevaluate the status of winter sports when they return from their respective winter breaks on Jan. 4. There is no set time for how long that evaluation period will be.

FCPS and Handley have permitted workouts for all of their sports teams throughout the fall, and the sports of basketball, wrestling, swimming, indoor track & field and sideline cheer were all scheduled to start their official Virginia High School League season this month. The VHSL is allowing basketball and sideline cheer to start practice Monday (first competition date Dec. 21 for basketball) and the rest of the winter sports to start practice on Dec. 14 (first competition date, Dec. 28).

FCPS and Handley are continuing to allow their teams to hold offseason workouts provided they adhere to their division’s safety plans and VHSL rules. (These athletes are meeting two to four times per week.) The reason why they can continue these workouts is because they focus on conditioning, skill development and social distance. They are not full contact, which is what the VHSL season would entail. Basketball and wrestling are considered high-risk sports in terms of COVID-19 due in part to the significant amount of contact that are involved in these sports.

VHSL rules in the “Championships + 1” condensed-season format require a minimum of eight practices before participating in a contest in the winter sports of basketball, wrestling, swimming and indoor track & field, so teams likely wouldn’t be able to participate in an event until mid-January. No new scheduling information has been announced by any of the four local schools.

On Nov. 23, WPS announced that it would consider three options for what to do with the winter sports season at its upcoming Monday school board meeting — two of those included starting the season on time or postponing it. A third option was continuing winter sports that can maintain 10 feet of social distance such as swimming or indoor track. Prosser did not comment as to whether WPS still plans on discussing winter sports at Monday’s meeting.

Both FCPS and WPS made their decisions based on discussions with school officials and Lord Fairfax Health District Director Dr. Colin Greene.

During Tuesday night’s meeting, FCPS Superintendent David Sovine said that while FCPS wants to give its student-athletes a chance to compete, the most important thing is keeping them safe.

“I, along with everyone who’s been part of this decision-making process, recognize the many benefits of athletics and have a desire to be able to provide students with the opportunity to compete this year,” Sovine said. “However, the rapid and sustained increase in new COVID-19 cases in our region requires that we take action and make sacrifices to help mitigate the spread of the virus at this time.”

Also on Tuesday night, School Board Chairman Jay Foreman praised the decision to delay the winter sports season and monitor COVID-19 as opposed to canceling the season. Foreman pointed out other districts have already opted out of playing sports.

According to the VHSL, as of Wednesday 20 of its school divisions — which govern 37 of the VHSL’s 318 schools — will not participate in winter sports. These school divisions include Henrico County, Richmond, Alexandria and Harrisonburg City.

“I want to extend my appreciation to all our high school principals and in particular, our coordinators of student activities, who have really thought creatively to come up with some potential options should we have to further delay,” Sovine said. “Our commitment is to do our best to provide opportunities for all three seasons in this unprecedented time period.”

In a phone interview on Tuesday, FCPS Coordinator of Policy and Communications Steve Edwards said he couldn’t provide a solid schedule for when winter student-athletes might be able to join the VHSL season.

“Certainly, Dr. Sovine is in consultation with our health department at a minimum, weekly, and oftentimes it’s multiple times during the week, as well as officials at Valley Health,” Edwards said. “I’m sure that will continue over winter break. But the Health and Safety Committee will reconvene shortly after we return from winter break.

“I would also imagine we will follow a similar process that we went through in making the recommendation to Dr. Sovine to delay the start until at least after winter break, and that we’ll also want to get feedback from each of the high school CSAs, as well as the high school principals. [Another update will be made] relatively shortly after winter break ends, but at this point, we don’t have a solid timetable on that.”

If the winter sports season is held for FCPS and WPS, the schedules will obviously look different than they currently do.

For example, basketball teams are allowed 14 games. As of right now, the four schools in those two divisions have their regular-season basketball finales set for Jan. 25 because they hoped to hold four-team district tournaments. The region start deadline isn’t until Feb. 8, though.

The CSAs at James Wood (Craig Woshner), and Sherando (Jason Barbe) were unavailable to comment on scheduling on Wednesday. In an email, Prosser said “we will re-evaluate, as the situation is fluid” when asked if the basketball games that were scheduled for December and early January will be made up. Millbrook CSA Scott Mankins said in an email “we’re continuing to look at, discuss, and consider any possible scheduling situations that would allow our students the opportunity to play.”

Mankins said two weeks would likely be needed before a team could play a game once schools are cleared to play. But if schools decided on a shorter time frame and go with a middle of the month date like Jan. 14, a lot of games would need rescheduling. As far as games scheduled before that day, the Millbrook boys have six and the girls have seven; the James Wood boys and girls have six each; and the Handley boys and girls have nine each. Sherando’s schedules are no longer available online, but in October the Warrior boys and girls each had four December games on their schedule.

Another complication with trying to make up basketball games could be referee availability. In October, the four Winchester-Frederick County athletic directors pointed out that they had decided to move many games from the typical Tuesday-Fridays slots to Monday-Thursday dates due to a shortage of officials.

Most of the wrestling and swimming events were already scheduled for January.

The delayed start to the season will add to the challenges that teams are facing in getting their teams ready for the season.

Millbrook girls’ basketball coach Erick Green Sr. notes that his players only work out on the two days each week that they are physically in school (students do virtual learning the other two days), so the entire team isn’t able to get together.

Green said the Pioneers can do shooting and ballhandling drills, but no contact. Having to wait longer to incorporate that aspect could create some issues.

“It’s a big concern,” Green said. “The kids are able to run and are getting conditioned. But like I tell people, unless you can really get up and down the court and make contact with kids, that’s another part of conditioning, the strength part of it. Being able to fight through screens. Those are things you have to be able to teach kids how to do. When you don’t have the opportunity to practice that stuff, it makes a big difference.

“If we ever get started, there will be some sloppy play at first, because things will be in a rush for our situation. You’ll probably only be given a couple of weeks before the first game, so trying to rush and get everything in could be a problem for teams.”

Basketball teams need to work together, but sports like wrestling, swimming and track are based around individuals and don’t need to be around each other.

While wrestlers aren’t able to have contact at practice, they are finding other ways to stay in wrestling shape because club teams aren’t subject to the same regulations as VHSL teams.

Handley wrestling coach Troy Mezzatesta points out that a number of area wrestlers, not just some of the ones at Handley, are able to train in small groups with Winchester’s Red Lion Wrestling Club a day or two each week and drill. Mezzatesta said Red Lion has done a good job of spacing out workouts and taking safety measures. Stephens City’s 84 Athletes, which features 2020 113-pound Class 4 state champion Keagan Judd, recently had a successful tournament showing in Monroeville, Pa.

Mezzatesta has a lot of things he has to monitor — including VHSL weight certification for his wrestlers — and is facing an even shorter season than everyone wanted. But he’ll take what he can get.

“We have a season,” Mezzatesta said. “We didn’t lose that much [with Wednesday’s announcement]. We lost some practice time, but we can still do some conditioning workouts and keep in shape. I’m glad we’re having a season still.”