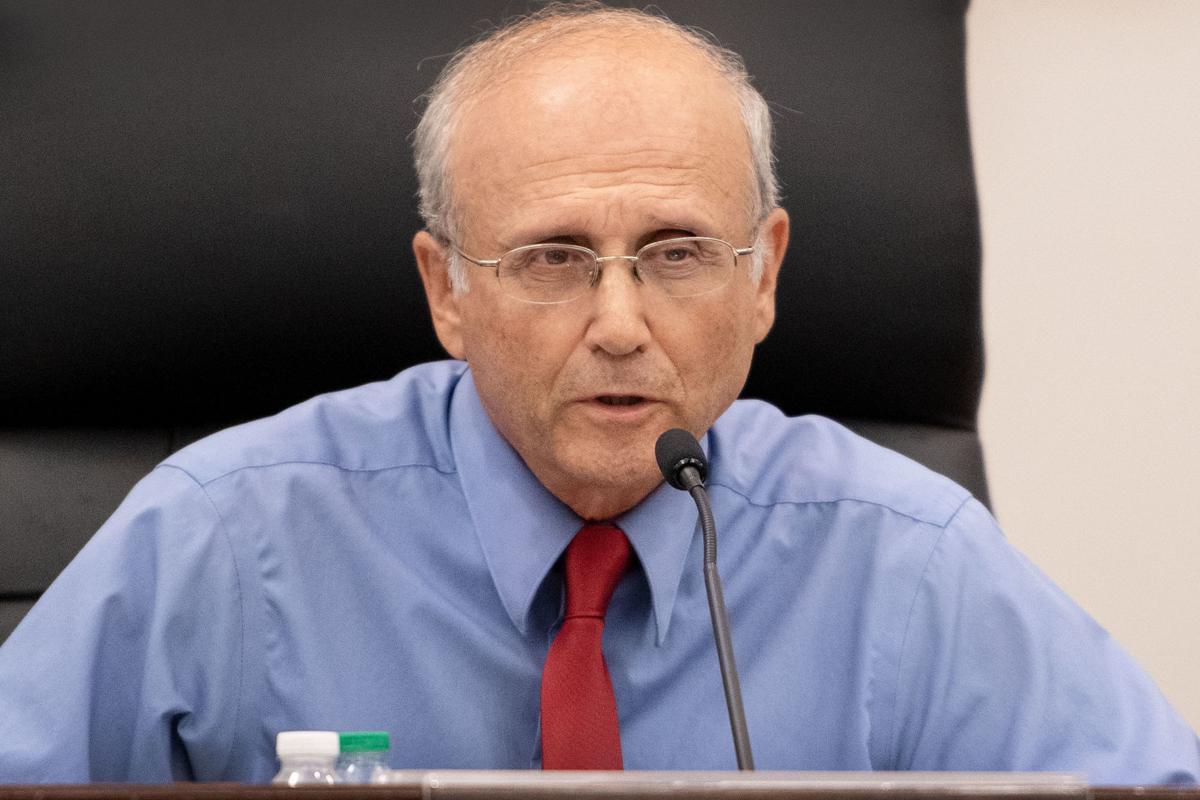 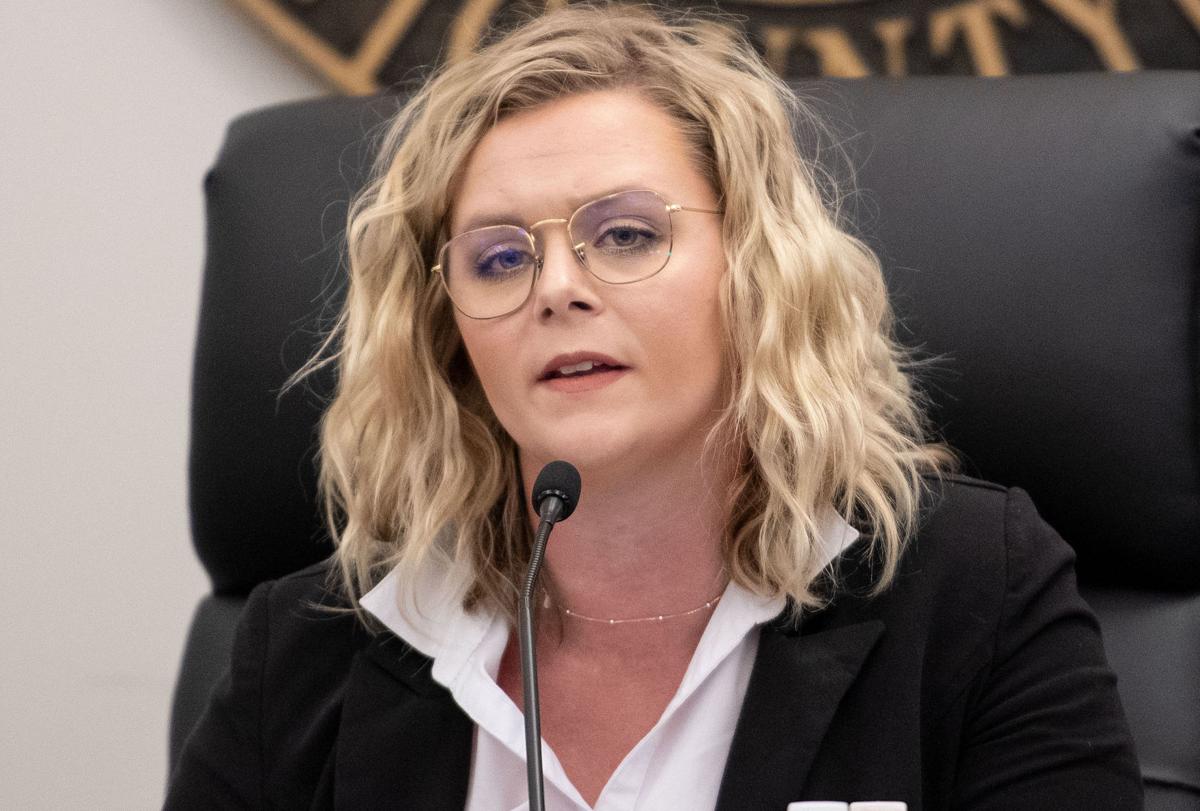 Candidates running for a Front Royal Town Council seat diverged on how to address the local economy, housing and tourism.

Amber Faith Morris and H. Bruce Rappaport participated in a candidates’ forum held on Thursday by the Front Royal-Warren County Chamber of Commerce. Morris and Rappaport are running in a special election for the seat vacated in July by Jacob Meza. The winner would serve the remainder of the term that expires Dec. 31, 2022.

Candidates gave opening remarks then answered questions submitted by the community before the event. The first question asked candidates their thoughts on the types of businesses on Main Street and their limited business hours.

Morris mentioned the town’s new economic development authority and said she, as a council member, wants to support and work with small businesses to ensure the town is business-friendly.

“The Front Royal EDA would be beneficial not only to get more retail, eateries and stores, but also to preserve the small businesses that we have downtown,” Morris said. “I know that small businesses aren’t for the faint of heart; it is a work of love for the people who are providing us those services and products that they are and, like I said, I just want to incentivize and work with the small businesses without using the strong arm of the government while respecting and preserving their personal rights as independent business owners.”

“We have to give them incentives to stay open because it’s revenue,” Rappaport said. “It’s all about revenue, right, and if you’re not open, people are not going to come so the green light needs to be on and people will come — if you’re there and you build it, people will come.”

Candidates responded to the question of what they feel is the biggest issue facing the town and how would they address it.

Rappaport said Front Royal needs to have a vision, which it currently lacks.

“Winchester has a true vision for their area, and we’ve been sort of like shooting from the hip in a way and that ties into the Comprehensive Plan,” Rappaport said. “Part of the vision obviously is having a robust economic hub, livable wages for the citizens, maintaining strong community values for the legacy, heritage, maintaining high environmental standards.”

Morris said economic development is the top issue for the town.

“I think, since the scandals that hit and rocked our community, the biggest issue is transparency and lack of trust in the local governing bodies,” Morris said. “The town of Front Royal has recently announced that they’re updating their Comprehensive Plan and their zoning for the first time since 1998. It’s been amended once since then and it’s been piecemealed a few times.

Candidates were asked what they felt should be the goals of the town’s planned economic development authority.

Morris said the EDA’s goals should include incentivizing businesses to locate in town.

“I’m excited for this,” Morris said. “It’s an opportunity for revenue for not only the town but the county as well.

“I think the Front Royal EDA will be a great opportunity to buy up some of the blighted properties that, you know, could be sold and used for other things such as the downtown parking issues and I think that the Front Royal EDA will also be able to incentivize new businesses and existing business and work with them to sustain hours and employment and that sort of thing,” Morris said.

Rappaport said he’s gone on record as saying that he opposes the town creating a local economic development authority.

“I think working with the existing county economic development authority is the way to go,” Rappaport said. “We would have to start from complete scratch.

“The Virginia Economic Development Partnership and leading agency in the economic development initiative encourages community cooperation, frowns on turf wars, and when you have two segments going on at each other, well, we might want that, no, you can’t have that, we want that.”

Rappaport responded by saying, “Look, you can go back to why there’s churches — there’s nothing wrong with churches, but there’s churches in prime real estate in our shopping centers. There’s things that don’t really belong — thrift stores — so the idea of believing that our local — if we work together with the existing EDA, we’re better off.

“We’ve thrown out all the so-called, alleged bad people and we got good, new people in there,” Rappaport said. “(Chairman) Jeff Browne’s doing a good job out there. He’s gonna replace the players out there and the way to go is with the Warren County-Front Royal EDA, not trying to start from scratch all over again.”

Candidates responded to the question of how they feel about the local tourism promotion effort and would they want to improve or change the initiative. The town and the county are working with a private firm to promote tourism.

Rappaport said he felt tourism promotion should be handled by the local government, not an outside company. Morris said there’s always room for improvement and said the localities can do a better job promoting area attractions.

The candidates disagreed on whether Front Royal should have its own building inspections department, separate from Warren County’s, which performs the work for the town. Rappaport said the town and the county need to work together to handle a backlog in inspections but that Front Royal doesn’t need its own department. Morris said the town needs its own department, citing the backlog and time property owners often wait for inspections, which can take months.

The candidates agreed that the town lacks housing for certain groups of people. Morris said she feels the town needs affordable housing and leaders should revisit the idea of making workforce housing available. Rappaport said the housing problem not only affects low-income residents but also older people looking to downsize from their current homes.