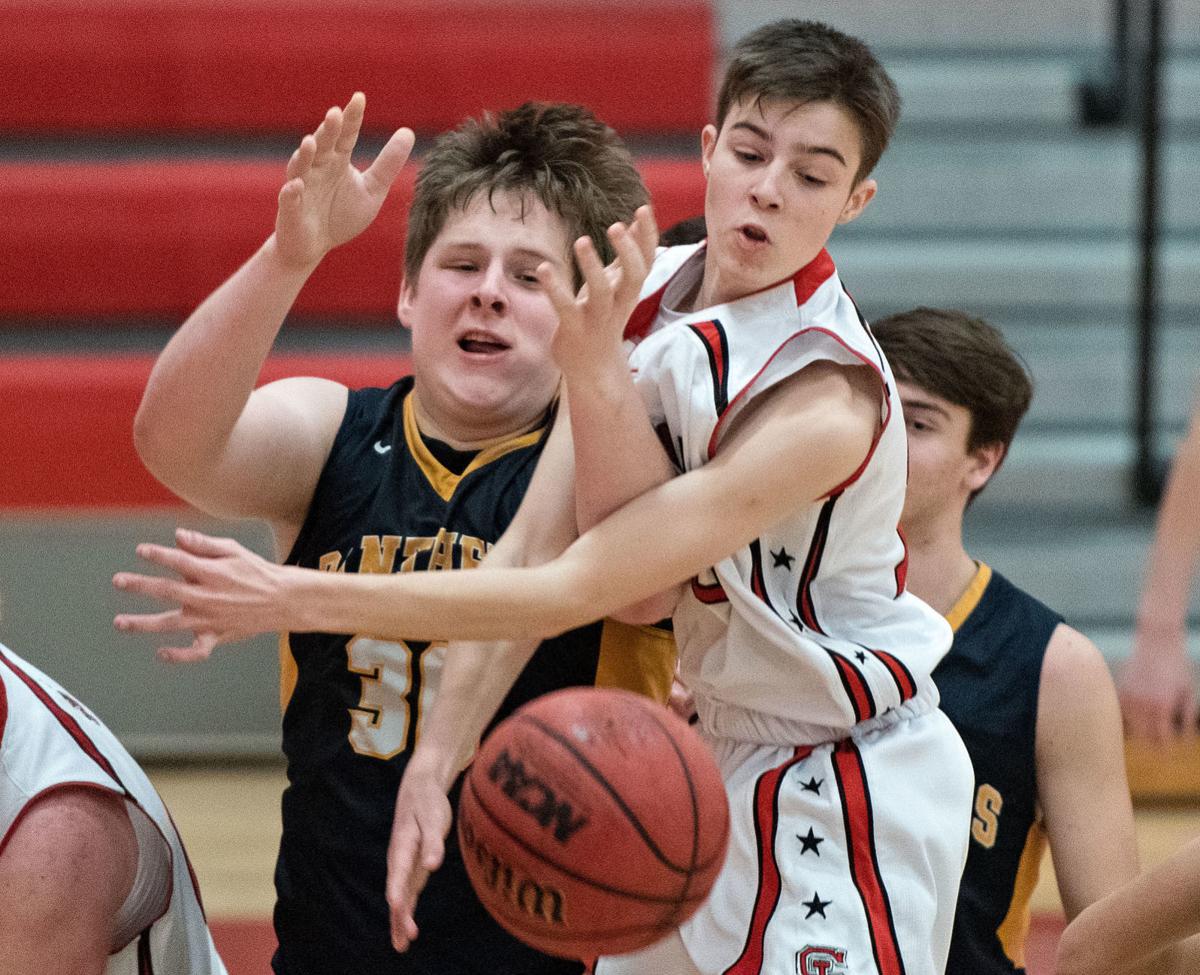 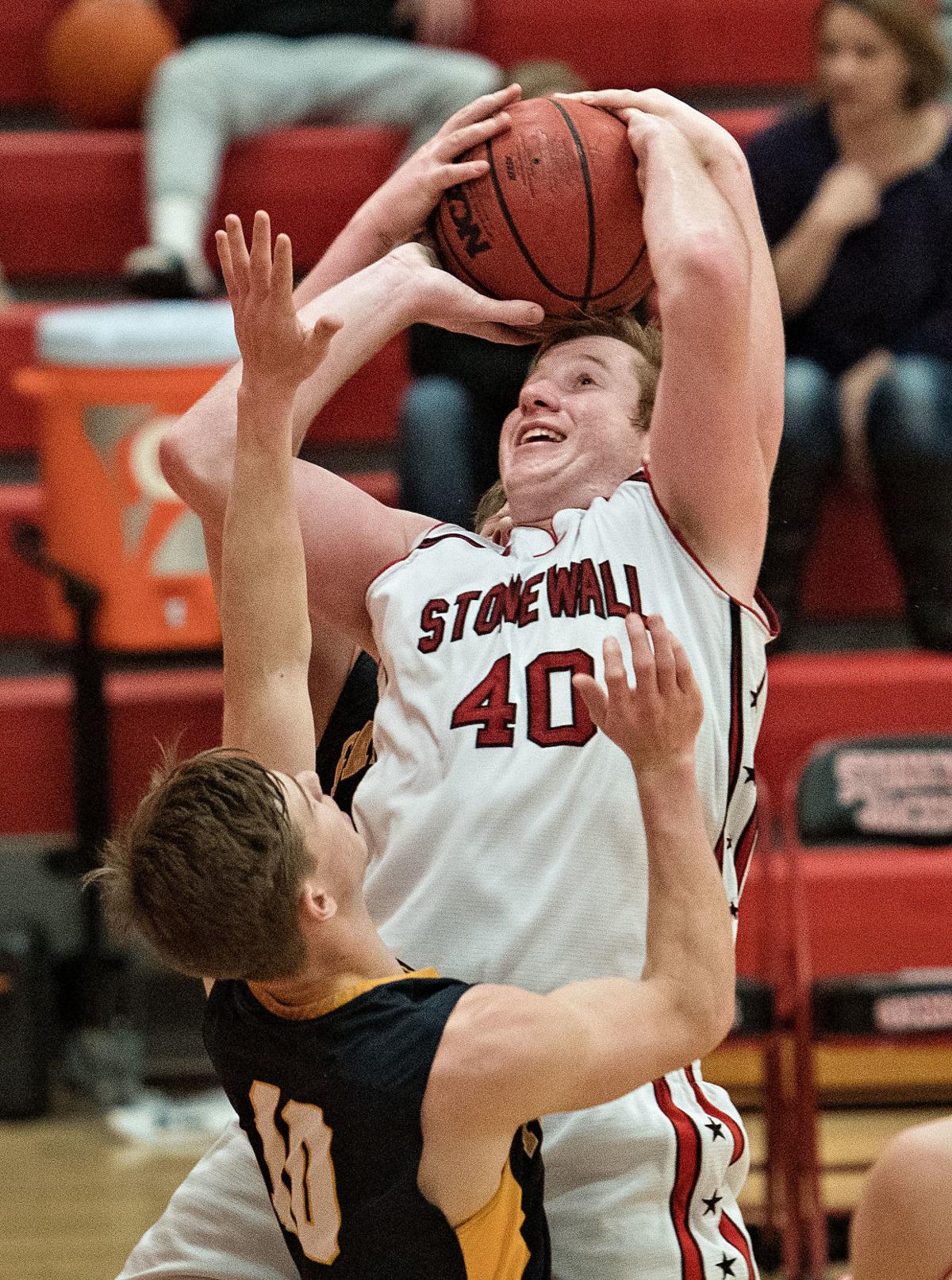 Stonewall’s Christian Hess gets blocked from behind as he goes up for a shot under the basket. 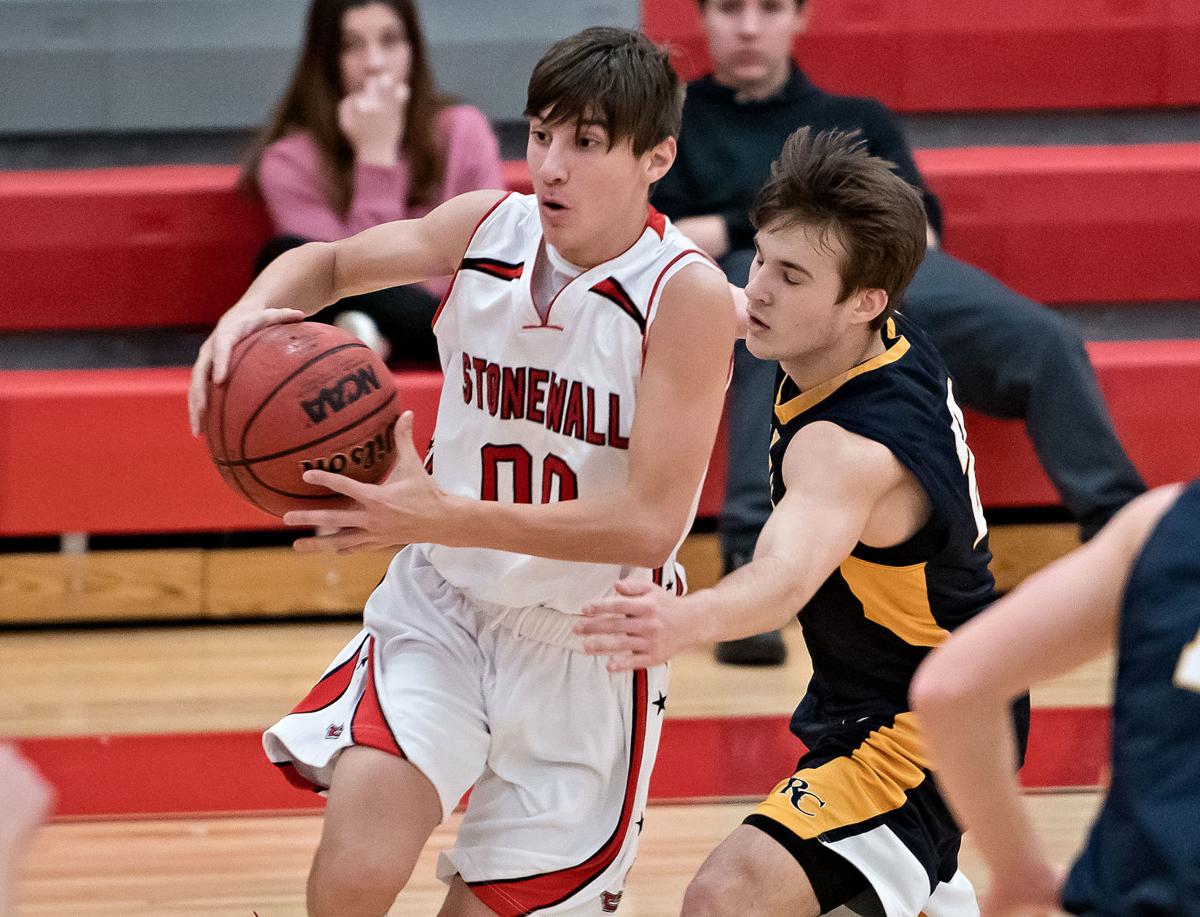 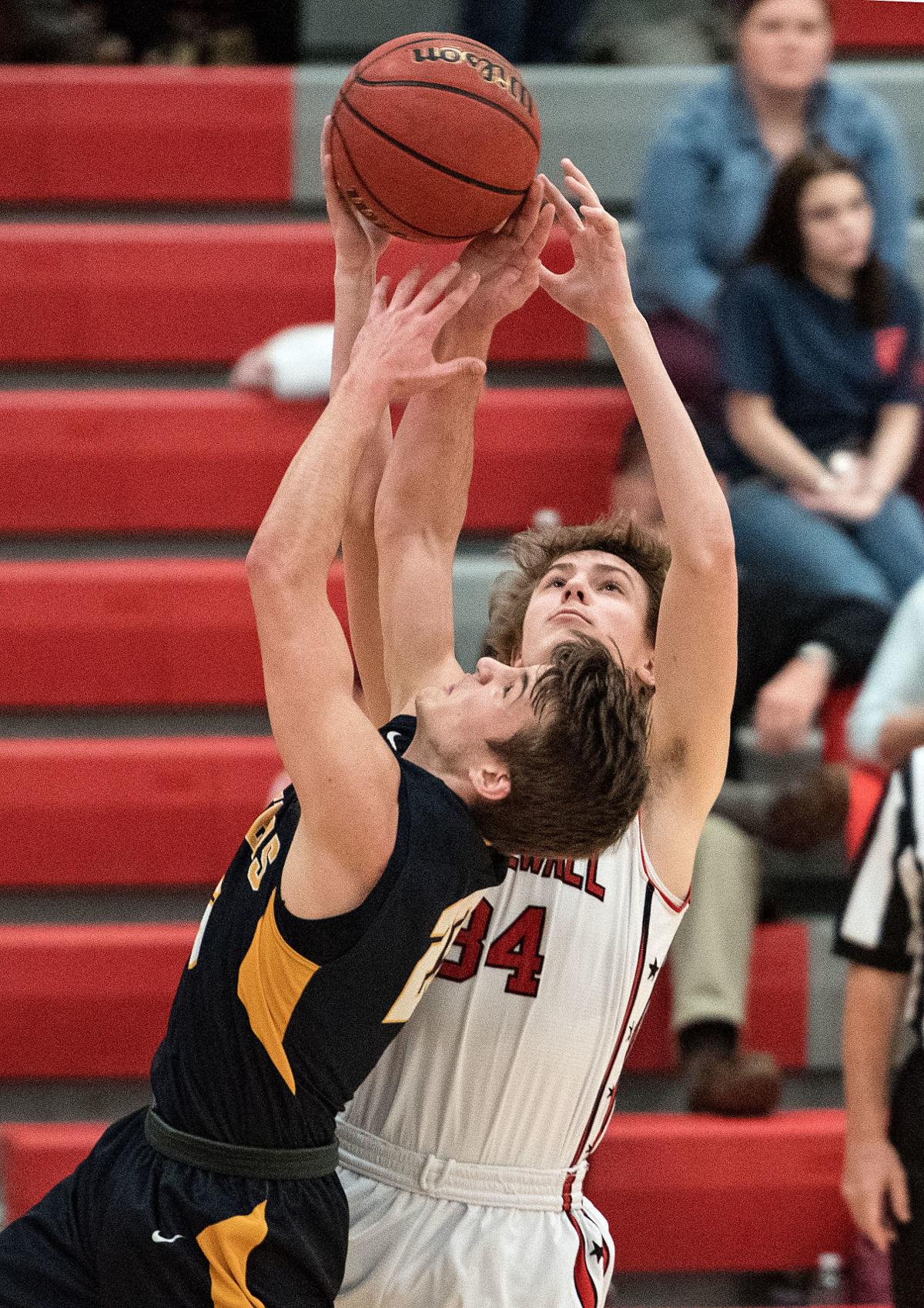 Stonewall’s Christian Hess gets blocked from behind as he goes up for a shot under the basket.

QUICKSBURG – Stonewall Jackson’s boys basketball team might be starting to find something on the court.

One week after notching a surprising 21-point win over Strasburg – which snapped the Generals’ 12-game losing streak – Stonewall was impressive in the second half against Rappahannock County on Thursday night and rallied for a 64-50 Bull Run District win to earn its third victory of the season.

The Generals, who were getting outscored by an average margin of 18 points entering Thursday’s game and were coming off a 44-point drubbing at the hands of Region 2B frontrunner East Rockingham, haven’t come from behind much this season but showed against Rapp that they can do so when things start clicking.

Down 15-5 after one quarter and 20-18 at halftime, Stonewall erupted for 46 points in the second half – 23 each in the third and fourth periods – while shooting 61 percent from the floor in a performance that rivaled the one it put together against its county rival a week earlier.

“We know that if we’re hitting shots we can play with everybody,” Generals senior forward Tyler Dellinger said after scoring 15 points against the Panthers. “Considering that everybody knows what shots they should take, we get good looks, everybody moves the ball around. I feel like we can pretty much play with anybody if we get in a rhythm like that.”

Stonewall (3-13, 2-7 Bull Run) was sharp from the perimeter – the Generals were 8-for-18 from beyond the 3-point arc, and senior guard Michael Stout knocked down five treys en route to a game-high 27 points – but it was the offense’s balance in the second half that made the Generals such an efficient unit.

Dellinger had as much to do with that as anyone, as he broke out for 12 points – 8 in the paint – while converting all six of his high-percentage shots close to the basket in a third period that turned a low-scoring game into a sudden shootout.

“We just knew we weren’t playing to our full potential,” Stout said of the stark contrast between halves against Rapp. “We shoot a lot every day in practice. That translates to the game. We knew we had to bear down and start hitting our shots.

“When we came out to Strasburg we had that good game and we see how good we can play,” he added. “We know that we have to hold ourselves accountable every game to play to that standard or better. This game, we were down early, we saw what we needed to change and we adjusted and played.”

For head coach Jim Sanders, Stonewall’s performances in its two wins heading into Friday’s game at Luray was encouraging. They resembled, he said, the performance the coaching staff saw from the team over the summer, which he said might have led some players to believe that success would automatically carry over into the winter season.

“You’ve gotta go out there and make it happen. We’re still learning that,” Sanders said. “And then when we go out there and play under control and play like we’re capable of and do things, I mean, yeah maybe we’re not the greatest or whatever but we’re solid at times. When we take care of the ball, when we play defense and especially when we’re rebounding and trying to limit them a little bit, then we can play with people.”

Thursday’s second half was important for the Generals because the turnaround came from the players themselves.

“I can sit there and we can rotate people in, we can bark at them and call timeouts and stuff, but ultimately when they decide when they want to do it, that’s when it’s gonna happen. That’s what we’ve been sort of waiting on,” Sanders said.

“We turned it around and started making some plays, started running stuff, doing stuff. And we can sit there and talk about all the stuff we’re running and everything, but you’ve gotta get out and execute and do it. And they did.”

Stonewall has some ground to make up to crack the top eight in the Region 2B power-point rankings, but there are winnable games remaining on the Generals’ schedule, including rematches against Rappahannock County and Strasburg and a three-win Madison County team that edged Stonewall by 2 points earlier this month.

“We have some big games ahead of us,” Stout said. “We know that we have to try to win those, move ourselves up in district play. … We want to try to get at least to that six spot.”