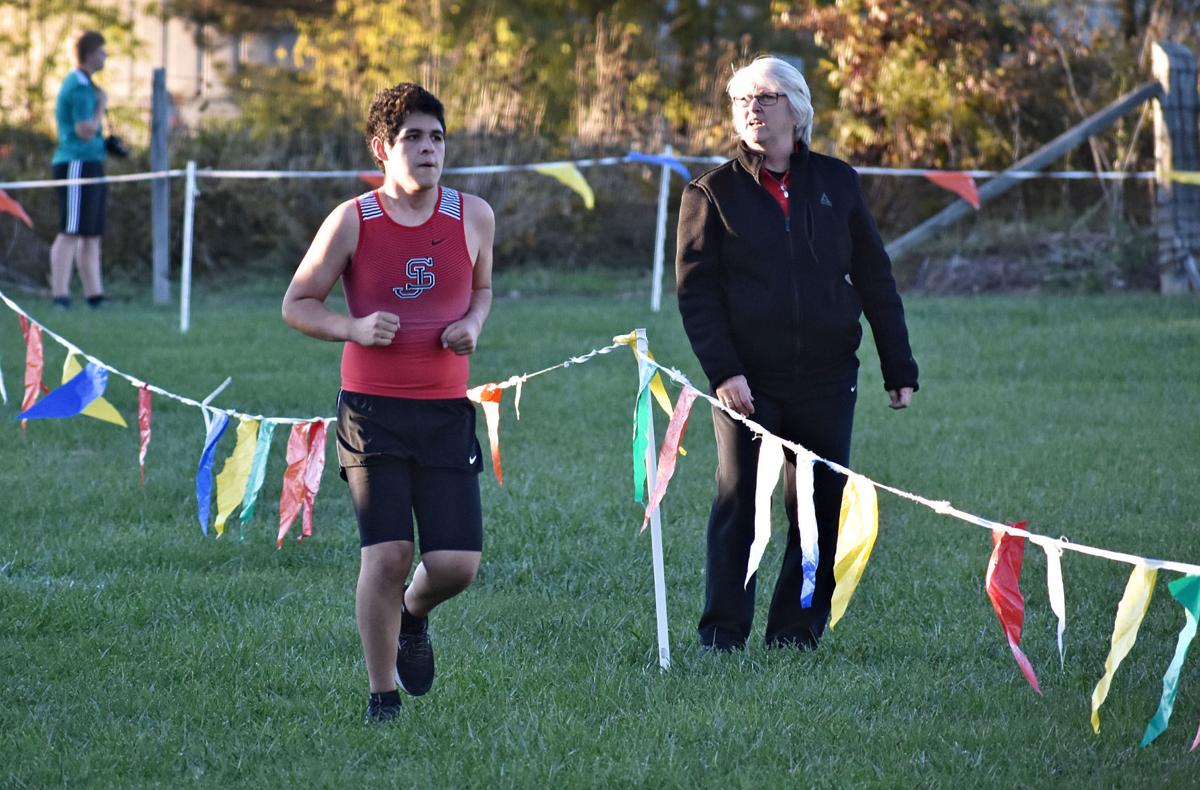 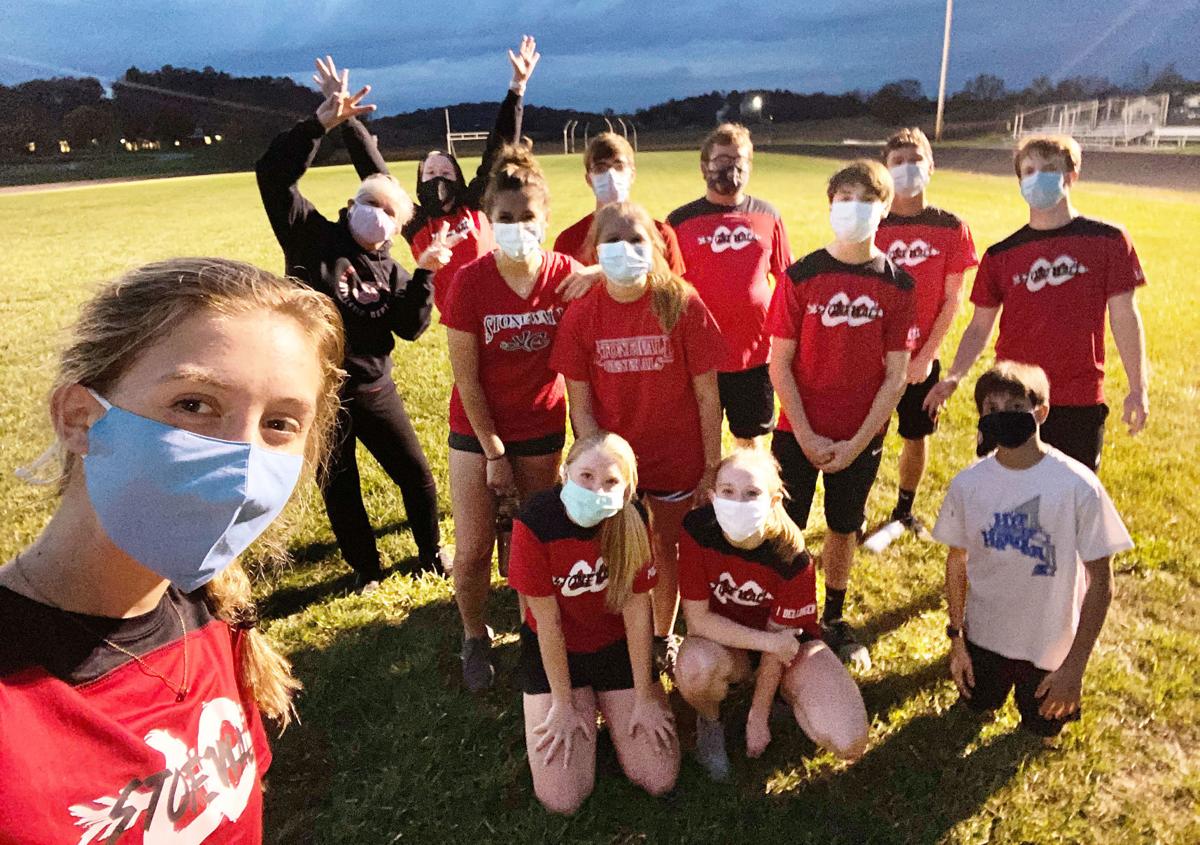 QUICKSBURG — When Stonewall Jackson’s cross country team found out that their teammate, Martin Hernandez, had a setback in his battle with cancer this summer, they went to head coach Mary Clanahan to see if there was something they could do for him — and the idea for ‘Miles for Martin’ was born.

The cross country team is having a fundraiser throughout November called ‘Miles for Martin’ to help his family with medical bills. The fundraiser is a virtual walk/run 5K (five kilometers), which is 3.1 miles. It starts Nov. 7 and runs to Nov. 28. Participants can do the run/walk anytime during the period, and it can even be done from home on a treadmill.

“We said everybody walks and I said we could do a run thing,” Clanahan said. “Basically it’s not towards anybody winning anything. They’ll be winners in their hearts because this is going to such a beautiful cause for this kid.”

Registration is $25 per person, but Clanahan said that people can also donate as much as they would like to help Hernandez and his family.

Hernandez is a junior at Stonewall Jackson and ran on the cross country team and played soccer for the Generals. He was diagnosed with brain cancer as a freshman and has had several surgeries.

Last year was his first year running cross country, but he made a lasting impact on his teammates.

“Supporting Martin is really big for this team,” Stonewall Jackson senior Izzy Dellinger said. “Just the short time he was with us last year really meant a lot to us. I know I was struggling one day and (Clanahan) said ‘you can stop.’ And I was like ‘Martin’s still going, so I’m going to keep going’ because my pain is nothing to what he felt.”

Hernandez was cleared by his doctors to run cross country last season and Clanahan said he did it mainly to get in shape for soccer season. Clanahan said that he always gave everything he had even though he was also doing chemotherapy treatments. She said at one of the first practices he threw up, but he was determined to do as much as he could.

“I felt so bad,” Clanahan said. “I said ‘Martin did you have one of your treatments today?’ And he said ‘I had it the other day.’ I felt so bad for him. That’s the kind of kid he is. He was not going to let his treatments succumb to what he wanted to do.”

Clanahan said that Hernandez ran some races last year, but didn’t get to finish many of them. She said that he did finish the first race of the year at Central and that meant a lot to him.

“That was one of his defining moments,” Clanahan said of the Central Invitational. “He wanted to at least finish that one.”

Dellinger said that she has chatted online with Hernandez recently and he said he was doing good.

“He is so funny,” Dellinger said. “He just walks in a room and he lights it up. He’s always smiling. I’ve only known him for a short time. He came to cross country and then we just instantly became friends.”

Stonewall Jackson senior Andrew Lute has been a teammate of Hernandez on both the cross country and soccer teams. Lute said they are happy to be able to do something for Hernandez.

“He’s a great kid,” Lute said. “Everybody loves him. He’s kind hearted. Everybody gets along with him. He’s just a great person. He was such an inspiration to the other runners as well.”

Clanahan said that Hernandez and his family were grateful that the team was doing the fundraiser for him.

Clanahan said that she has challenged the other sports teams at Stonewall Jackson to do the 5K. She said she told them that it’s just 12.5 laps around the track and they can be creative with their workouts to accumulate the laps.

Clanahan said that she’s already had people from outside of Shenandoah County sign up for it. She said there is a 91 year-old man from Harrisonburg and also someone from Staunton who have registered.

Lute said it’s nice to see the support coming from the community.

“It’s great to see the community come together to do something like that,” Lute said.

Clanahan said that they are also selling T-shirts on the website, which are being made by Valley Sports Connection located in New Market. She said the team will be wearing the shirts throughout the upcoming cross country season, which is slated to start in February.

“When we get to run in February, the kids will have their shirts,” Clanahan said. “Whether he gets to run with us or not he will be with us and we wanted to make sure of that.”

Dellinger said that doing something for Hernandez is something that’s important to the team and is bringing them closer together.

“Honestly we’re more than a team, we’re a family,” she said. “Even when one of us struggles we all come together to support one another.”

Registration for the event can be done on the website: https://runsignup.com/Race/VA/Quicksburg/MilesforMartin