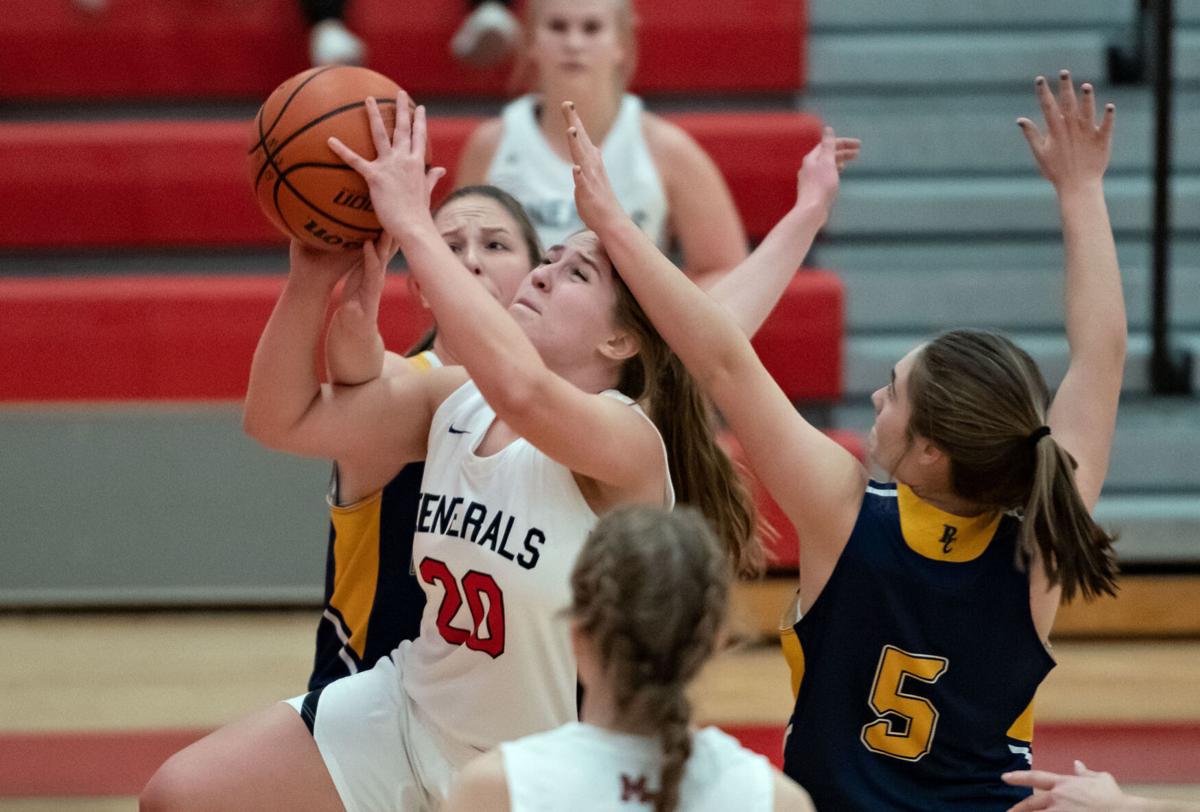 Mountain View’s Alicia Bare is fouled by Rappahannock’s Abigail Atkins as she goes up to score during first half action Wednesday night in Quicksburg. 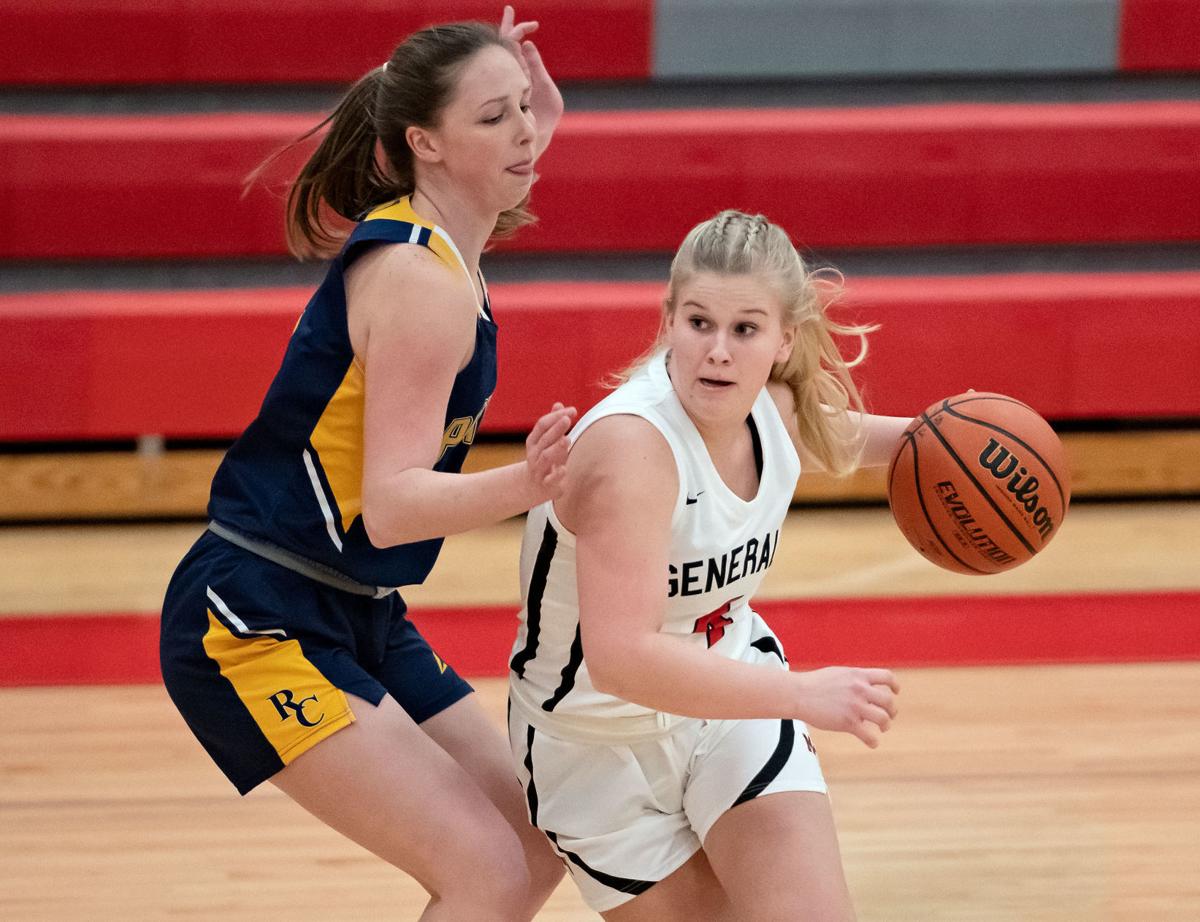 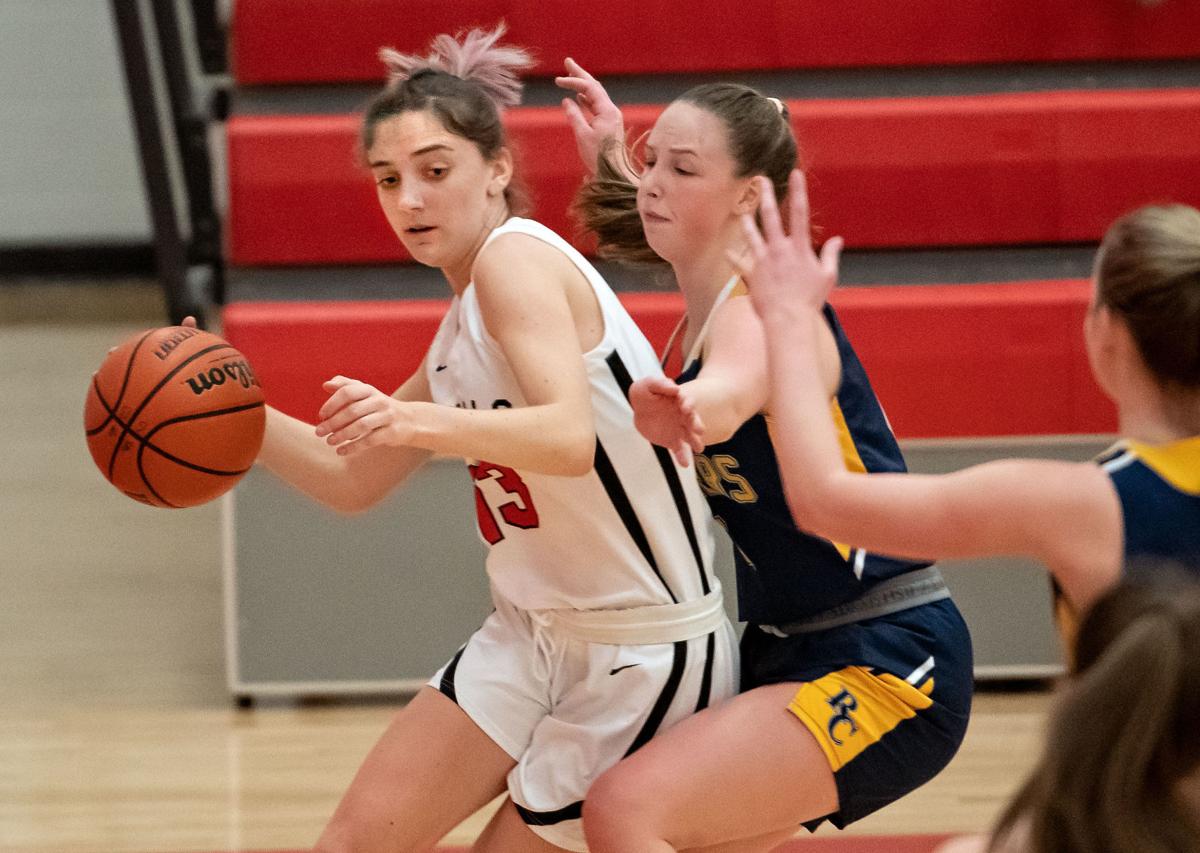 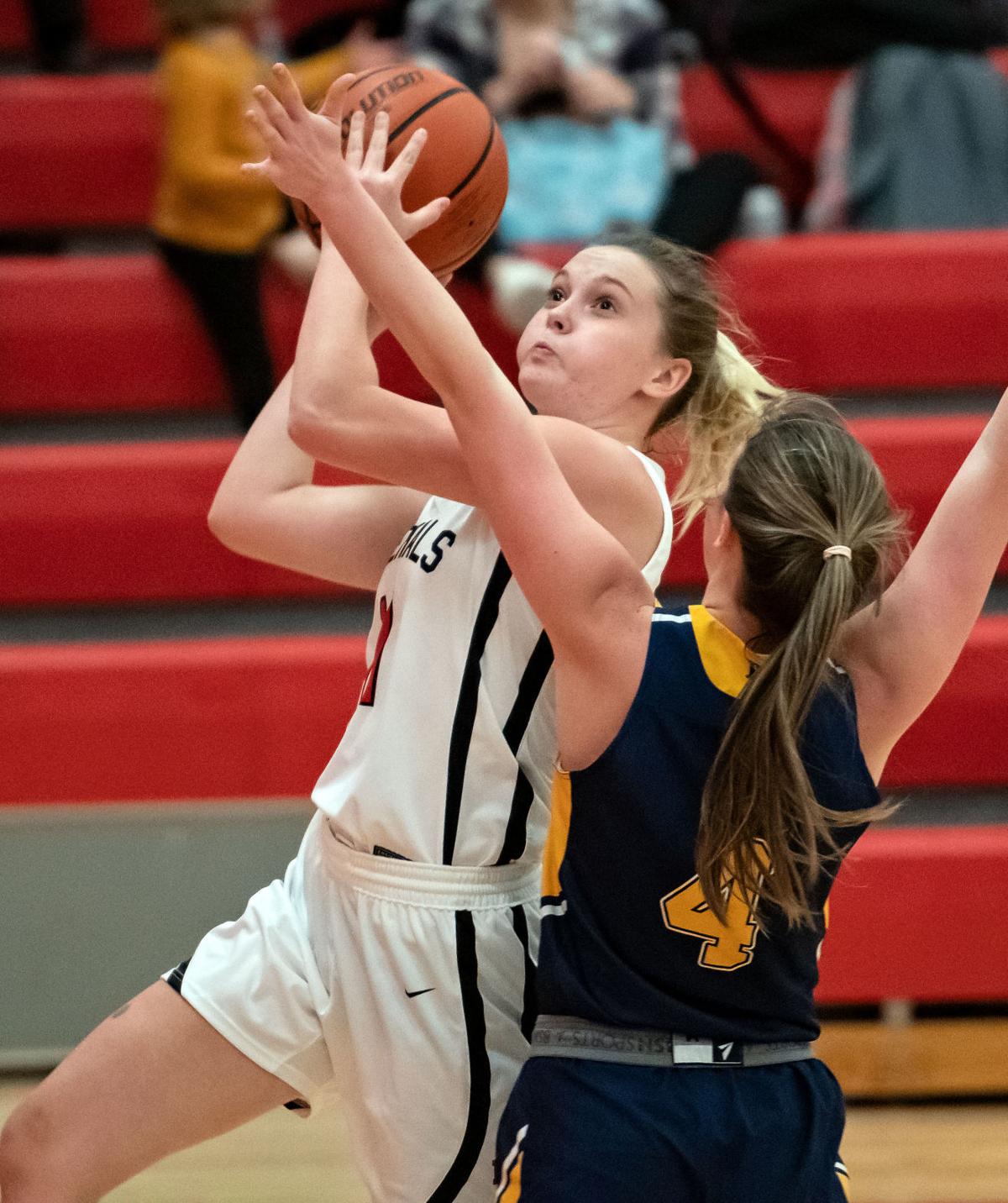 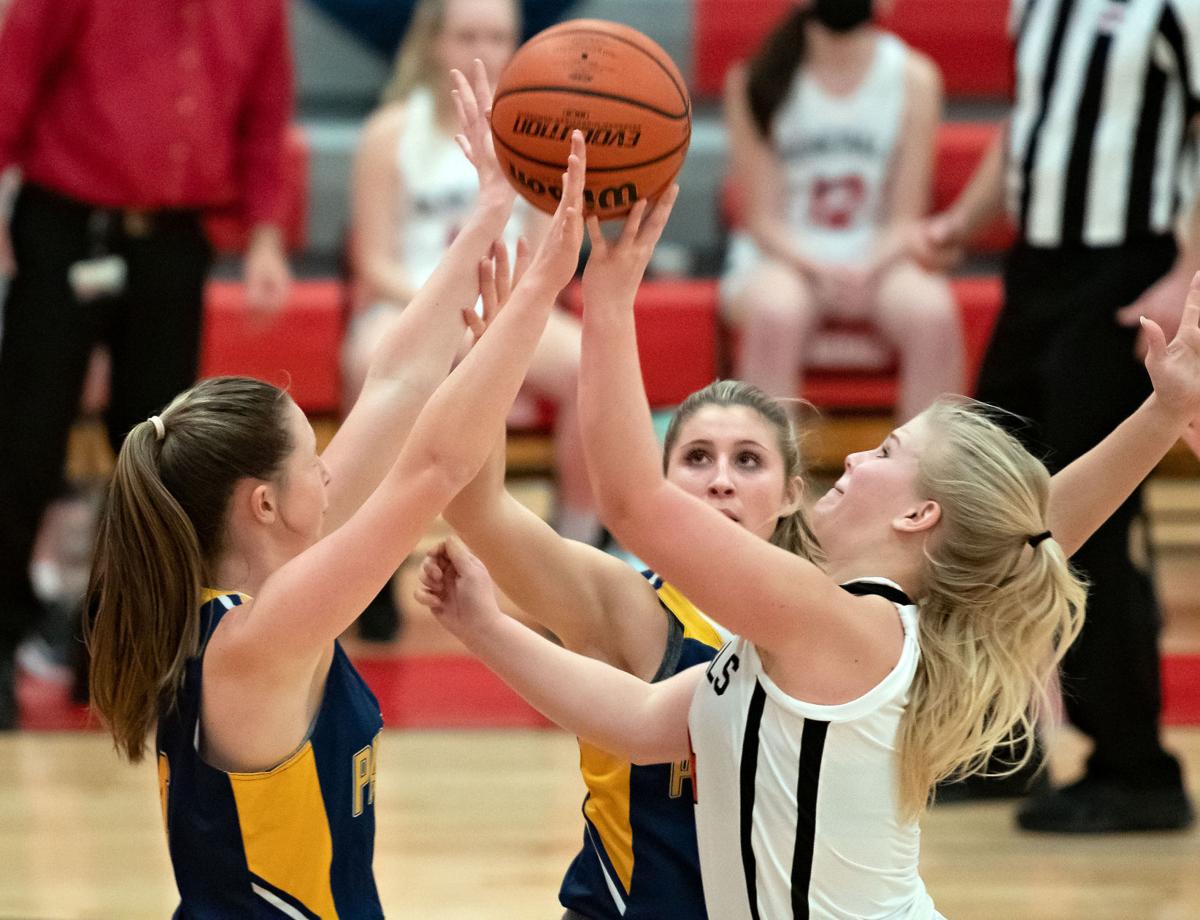 Mountain View’s Mya Council goes up for a shot over Rappahannock’s Tori Atkins. 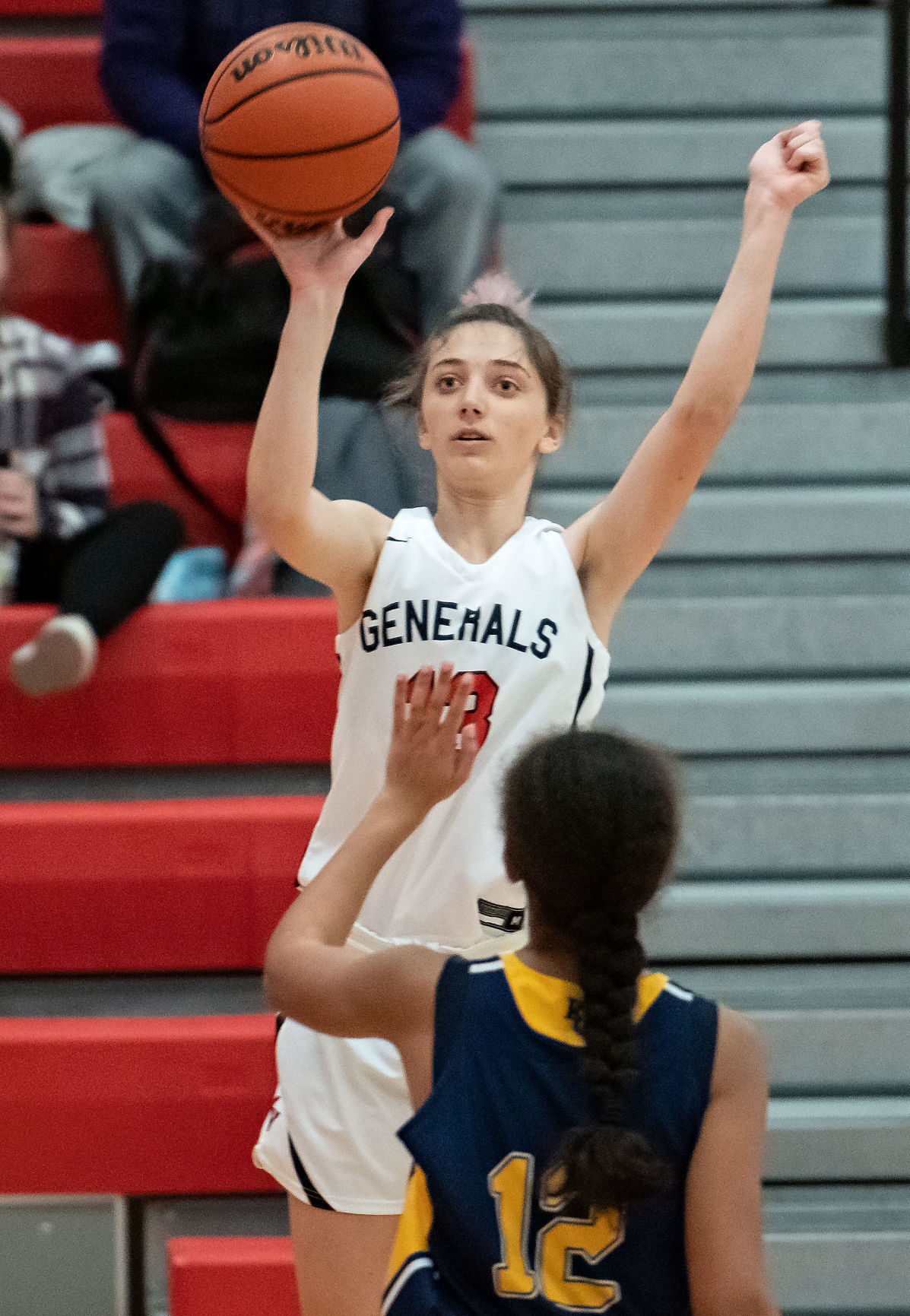 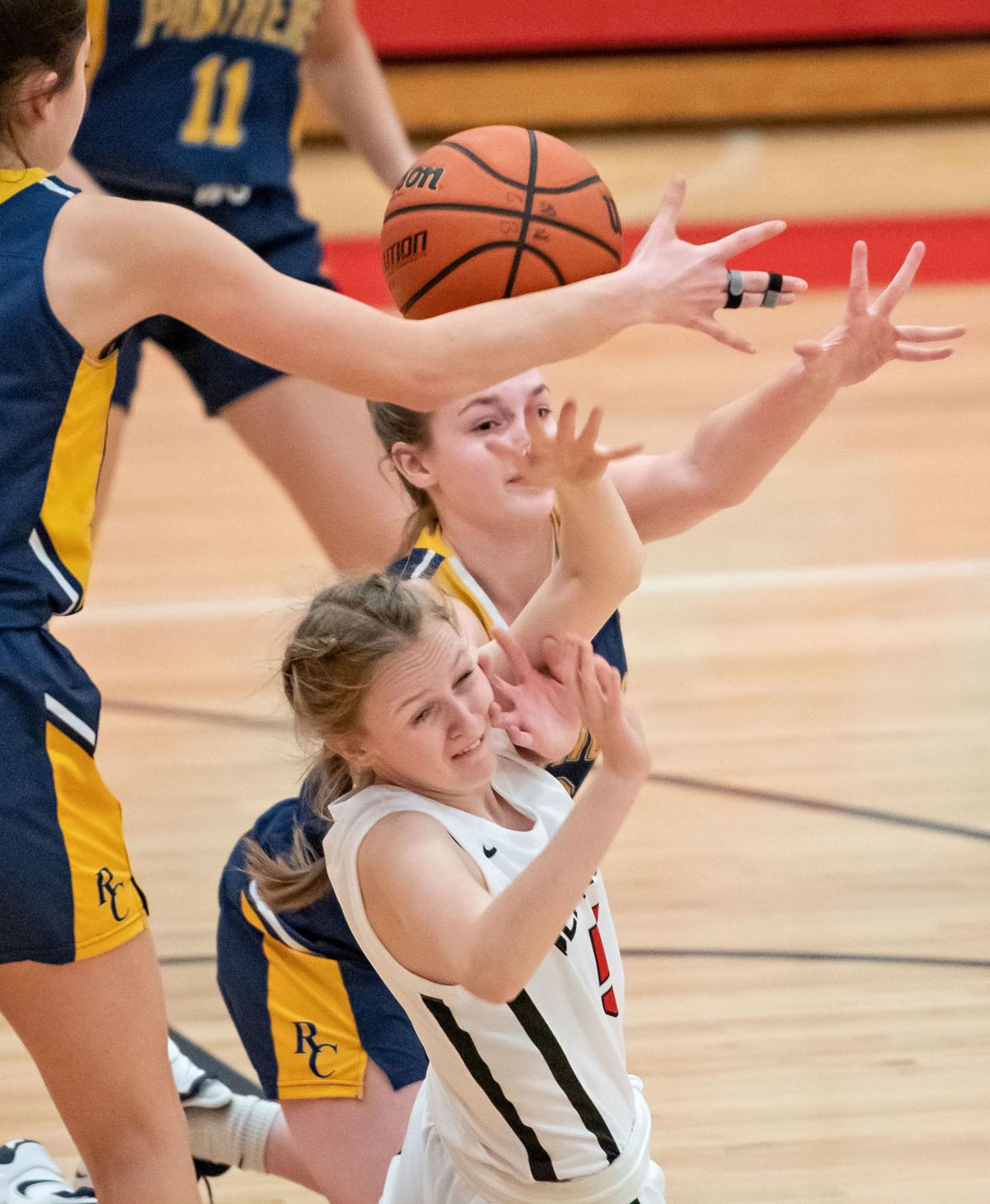 Mountain View’s Alicia Bare is fouled by Rappahannock’s Abigail Atkins as she goes up to score during first half action Wednesday night in Quicksburg.

Mountain View’s Mya Council goes up for a shot over Rappahannock’s Tori Atkins.

QUICKSBURG -- Mountain View couldn't have asked for a better start to Wednesday's girls basketball game. Unfortunately for the Generals, they couldn't keep their momentum going throughout the rest of the contest.

"I was telling them when we went in, when we just play and are free and we're just playing basketball we do OK," Mountain View girls basketball coach Jeff Burner said. "And then I think we start trying to analyze what we're doing and 'what do I got to do to fix this? And I need to do this' instead of just playing. And then all of a sudden it becomes a much harder game than what it was in the first quarter. I think once you start thinking and analyzing things then all of a sudden you're not playing anymore."

The Generals outscored the Panthers 16-2 in the opening period. Mountain View shot 60% (6-for-10) from the field. Mountain View junior Bre Franklin had all eight of her points in the first period.

The Panthers came back strong in the second period, although most of it came from the free-throw line.

"I think we started out really strong and that was really good, but I think sometimes when you have such a good start you can get complacent," Dellinger said. "You're still trying, but you kind of get in your head and it went downhill from there. So I think we were just playing too fast. But we know what we did wrong and we know what we can fix for the future."

Both teams struggled early in the third period, but the Panthers took their first lead of the game on a basket by Sarabeth Ellis with 4:23 left in the frame.

A 3-pointer by Mountain View junior Mya Councill gave the Generals a 24-22 edge with 3:11 left in the third period, but it was the last lead of the contest for Mountain View.

Rappahannock County kept the momentum going in the fourth period. The Panthers scored the first six points of the period to stretch the lead to 39-27 with 4:29 left and led by at least nine points the rest of the way.

"I think our kids scrap and play hard, although I thought in the third and fourth quarter we were very frustrated," Burner said. "I thought our frustration got the better of us there late in the game. We didn't guard as well as we had been doing the whole time. We can't have that, because we're all about defending people."

Dellinger led the Generals with 14 points and eight rebounds and Councill added six points and 10 rebounds.

Mountain View has a young squad with only two seniors, Maddie Hoover and Alicia Bare, who were honored before the game on senior night.

Dellinger said considering how young and inexperienced the team is she's happy with how things are going.

"I think were doing good," she said. "We lost a lot of people last year, and we're still winning some games. So I think that's really good because it's still a building year. Many of these people are freshman or they haven't been playing basketball for a while. So the fact that we're winning some games at all is, I think still good and impressive."