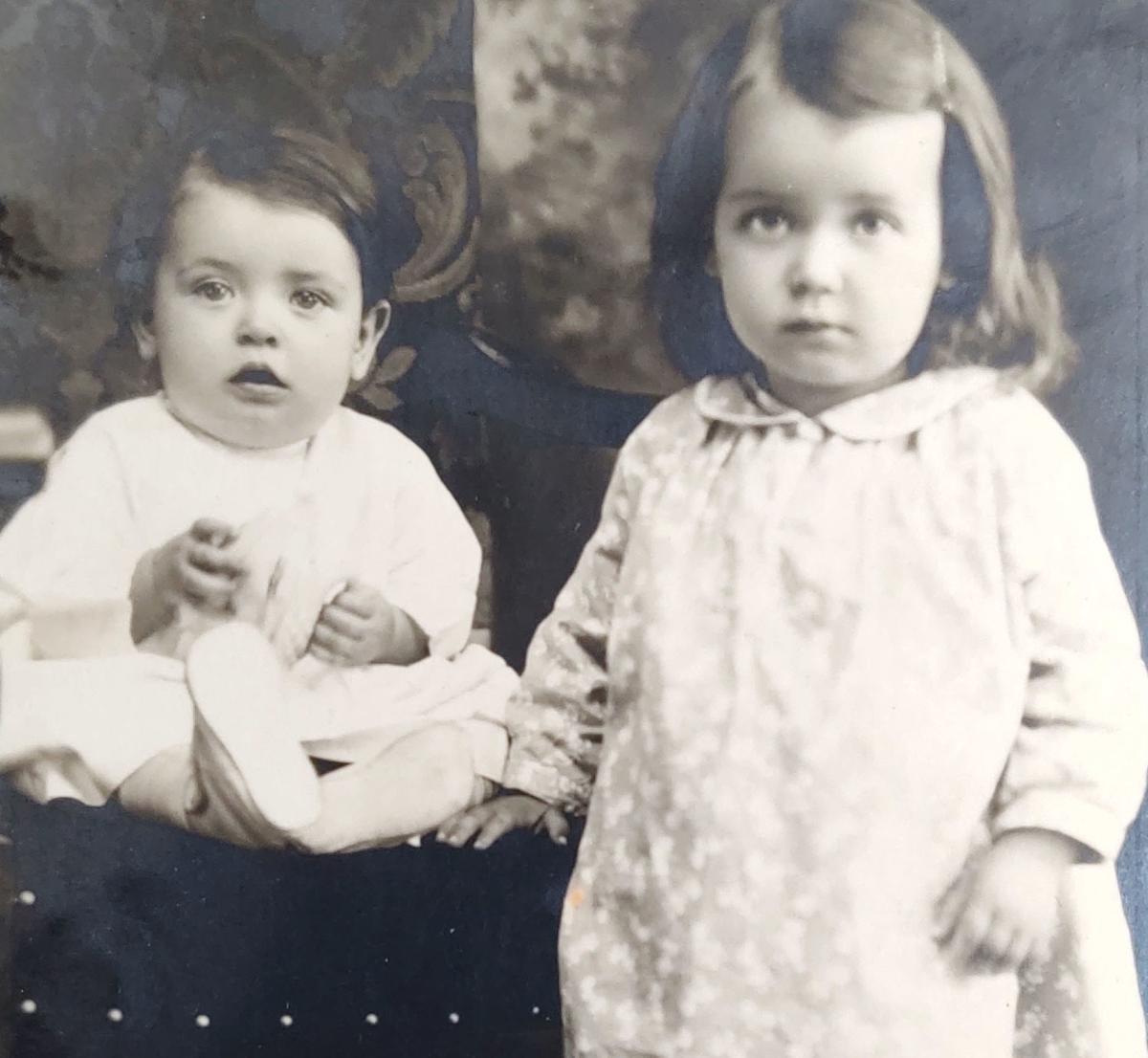 Next Wednesday would have been our mother’s 90th birthday. Many readers will remember her remarkable death following a fiery accident on Christmas Eve of 2014. As she lay in RMH, she used her last few hours to witness to medical personnel and her family and to sing praises to her Savior.

Although we all miss her greatly, we continue to marvel at the manner in which she glorified God even in death. But she was not the first in her family to die so victoriously. Her little sister, Ruth Burner, went to RMH decades earlier when she was only 6 years old. According to a short piece written by a nurse who cared for her there, she suffered from appendicitis and abdominal peritonitis.

The nurse referred to her as “a little Dunkard Girl, hair parted in the middle and braided in two soft pigtails on each side of her tiny precious head…Her smile was like a beautiful accomplishment of nature that no words in the English language could describe.”

Following surgery for her ailments, she began to improve and her nurse recounts how she sang hymns, “stayed happy constantly, and never spared her smile from anyone.” If she were sleeping when her doctor made his rounds, he would wake her for he said, “Her smile is too much to miss.”

Eventually Aunt Ruth recovered and went home only to return three short days later with an intestinal obstruction. The account indicates that she suffered unmercifully as her “big blue eyes dimmed with hurt tears, but still she smiled, and made childish apologies for being so sick.”

Following a second surgery she seemed to be improving when things unexpectedly turned worse. She told her doctor that her “tummy hurts so.” The nurse concludes her narration by saying, “Then suddenly her little head turned, the eyes closed, the heart stopped, and the little spirit with its bundle of sunshine and happiness passed on to scatter a deeper, purer sunshine around the One who said, “Suffer the little children to come unto Me and forbid them not, for of such is the Kingdom of Heaven.””

And with that, my mom’s little sister passed into eternity long before I or any of my siblings had the privilege to know her. I’m looking forward to meeting her in heaven, but I’m sure this death had a profound effect on her family, church, and community even if child mortality was higher then than now.

Nevertheless, we have here again a remarkable story of an individual facing suffering and death with incredible courage and resolve. Although still very young, Aunt Ruth had already accepted Jesus into her heart and was enjoying the peace that only he can provide in the midst of life’s fiercest storms. Her bravery and lack of fear in staring down death inspired not only her family but also the nurses and doctors who tended her, just like mom did 77 years later.

We understand from this passage that not only in our living, but also in our dying, our purpose is to glorify God in whatever way we can. We cannot choose the circumstances nor the timing of our deaths, but we can develop such a close relationship with Jesus before then that when that time comes, our passing will be a continuation of what we’ve been doing up to that moment.

I’m thankful for my mom and my Aunt Ruth and I’m also thankful for the Christian testimony each of them provided in their living and in their dying. I pray that each of us might do the same. Blessings, George

George Bowers Sr. is the senior pastor of Antioch Church of the Brethren and has authored 13 books, including his latest, “Valley Verses Volume V.” He can be reached through www.georgebowersministries.com or at gabowers@shentel.net.