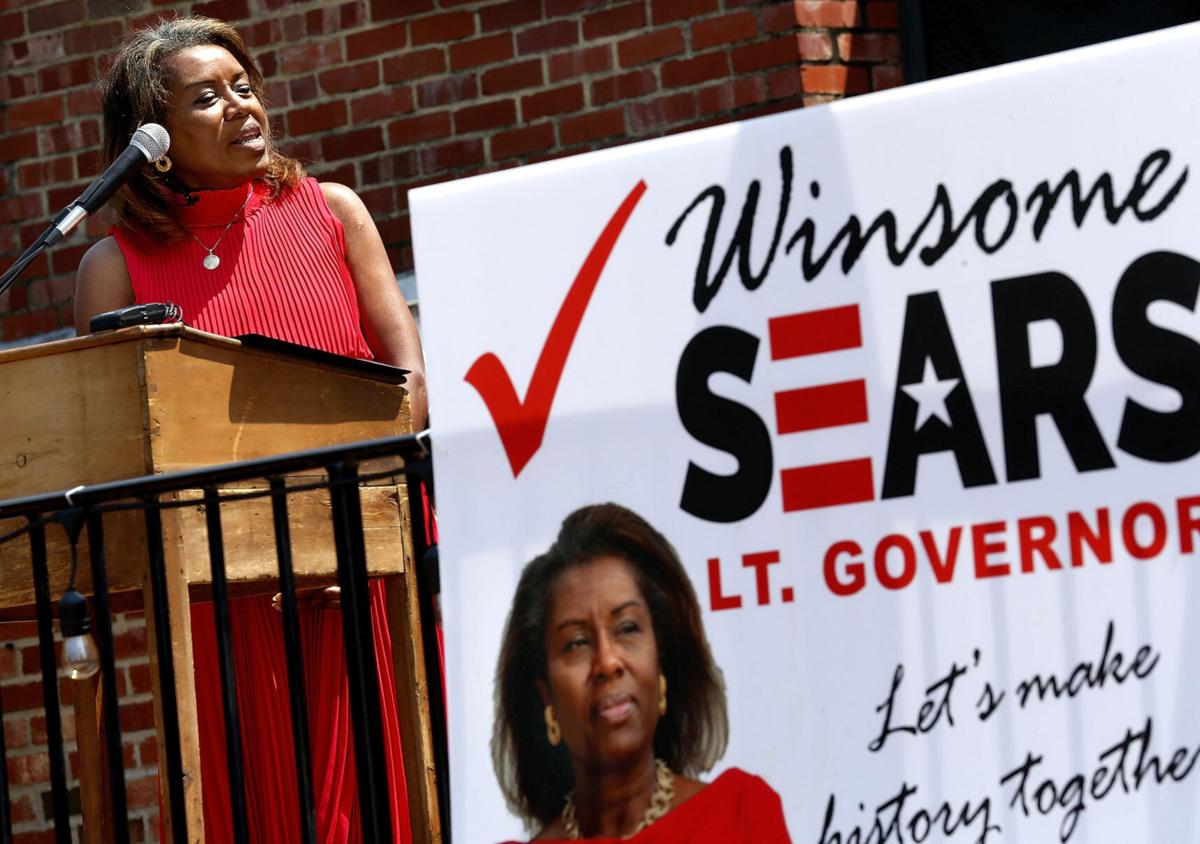 Winsome Sears, the Republican candidate for Virginia lieutenant governor, speaks during a rally at the Wayside Inn in Middletown on Monday. 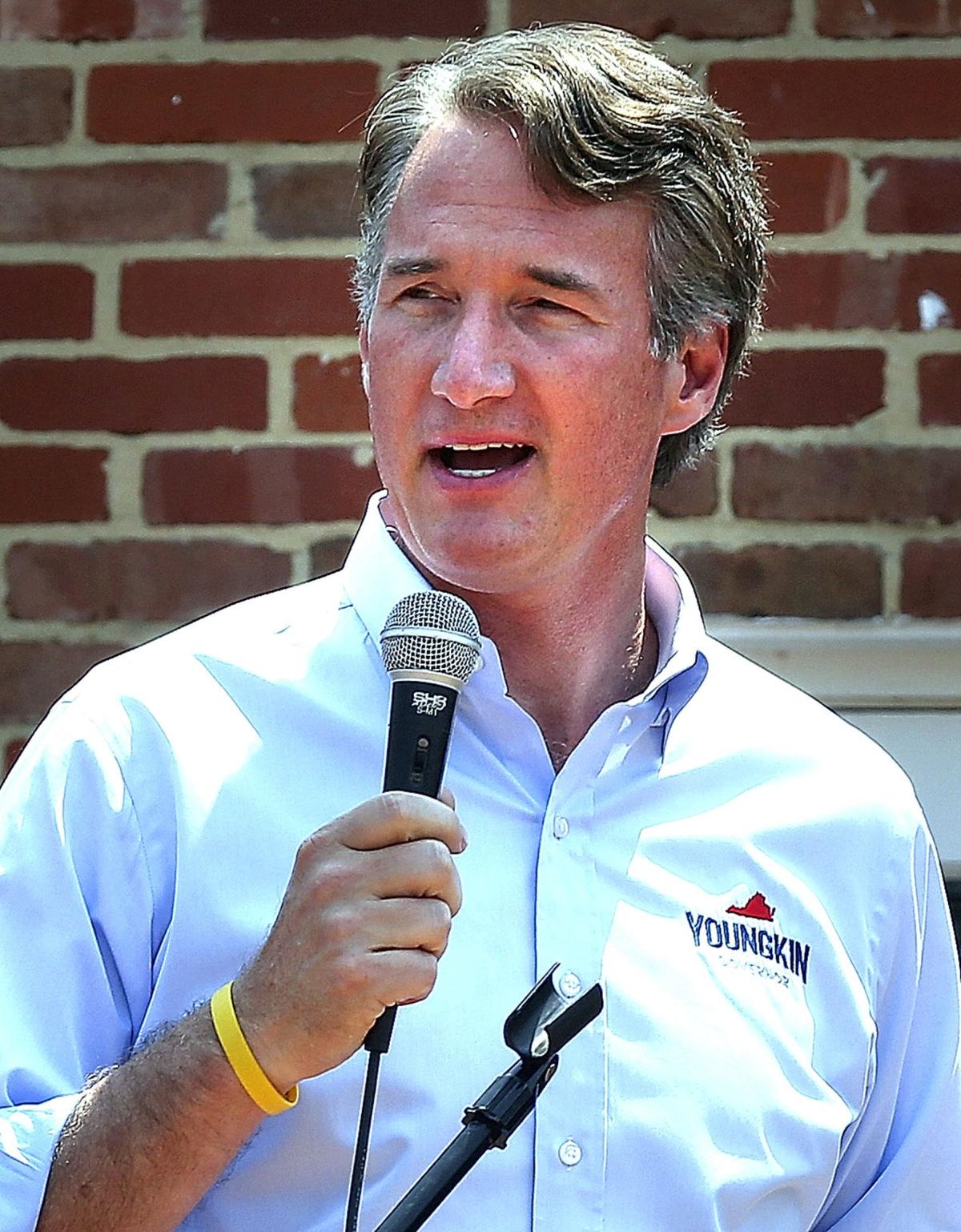 Winsome Sears, the Republican candidate for Virginia lieutenant governor, speaks during a rally at the Wayside Inn in Middletown on Monday.

MIDDLETOWN – Being a Frederick County resident and having represented the Norfolk area in the House of Delegates, Winsome Sears says she understands rural and urban life.

Her life has been an “improbable journey,” being the only African American Republican woman elected to the House of Delegates in its over 400-year history, she also will tell you.

That’s what the Republican candidate for state lieutenant governor shared at a campaign kickoff event at the Wayside Inn on Monday afternoon.

“In most other countries in the world, people are born into a class and confined by class,” Sears said. “But in America, we can transcend all those barriers that are posed by class, by income, by race and by religion.”

Sears is an immigrant who came to this country from Jamaica at age 6 in 1970 and became a citizen 13 years later.

She won the nomination for her candidacy earlier this year to join former Carlyle Group Co-CEO Glenn Youngkin and Del. Jason Miyares, running as Virginia governor and attorney general respectively, on the Republican ticket.

After being introduced by Middletown Mayor Charles Harbaugh IV and Youngkin, Sears spoke to a crowd of about 100 people who were offered food and water on the hot, sunny day.

Sears also pledged to reform the criminal justice system by offering addicts treatment and holding probation violators to penalties while also keeping non-violent offenders out of prison so they can work and be with families.

A Marine veteran, Sears also said she desires to help veterans with reducing their tax burden and easing their transition to civilian life.

During an interview with the Northern Virginia Daily, Sears said she would like to have Interstate 81 widened as an initiative to help this area.

She also said some of the $4.3 billion in the American Rescue Plan the General Assembly is working to allocate could go toward a project to clean the Chesapeake watershed area of farm runoff. A state law requires $100 million in funding, she said, and farmers will have to pay into it if the government doesn’t provide it, which could intern raise the cost of food for them to cover it.

Sears also disagreed with the process in which the funds were proposed by the Democratic majority without much input from Republicans while agreeing with the broadband allocation. She said she also opposed an increase in the gas tax and a roadway user fee.

“I understand now the rural needs, and I understand the urban needs,” Sears said, also noting her immigration background.

With COVID-19 cases surging as the delta variant moves across the country, Sears said Centers for Disease Control and Prevention guidance has been confusing and if students are going to be required to wear masks then their parents should be compensated for the adjustment.

“Get the vaccine. Don’t force anybody to get the vaccine,” Sears said, adding face mask-wearing should be a decision made by the individual. The state cannot afford another shutdown, she said.

{div}Sears defended a campaign sign she had depicting her holding a rifle, saying it shows she advocates for gun rights, particularly for Black women who are a growing gun-owning segment. The sign also represented that Black people are able to own guns now after overcoming previous barriers in place that made it difficult for them to do so, she said.

The intent behind gun violence, as well as whatever is causing 49% of murders to be made by Black people, who make up 20% of the population, should be explored, not the “shallow” issue of a sign, she said.{/div}

Kathleen Peters, 74, of Middletown, who was in attendance with her husband, Wayne, 74, said she supported the whole Republican ticket as it brought more conservative and business values to the state, which has become more liberal.

Brady Smith, 27, of Middletown who is a friend of Harbaugh’s, said he liked Sears for how down to earth she is by not speaking typical, politically correct talk during the event and the diversity she brings to more accurately represent the state.

Winchester residents Whitney and Scott DeHaven, 40 and 45, respectively, wanted to have the younger crowd represented in supporting Youngkin and Sears. They liked the two candidates’ stances on education and keeping Virginia a right-to-work state, Whitney DeHaven said.

In his introduction, Youngkin stated he opposed not having Virginia be a right-to-work state and the removal of qualified immunity, which protects law enforcement officers from lawsuits filed against them. He also said he supports school choice.

“It’s not about Glenn Youngkin, it’s not about Winsome Sears, it’s not about Jason Miyares,” Youngkin said. “It’s about us, all coming together and doing something of most importance...to elect a new kind of set of leaders that can actually serve Virginians and move us forward, not backward.”

Miyares was not at the event.

The three Republicans are running against the Democratic nomination ticket of Terry McAuliffe for governor, Hala Ayala for lieutenant governor and Mark Herring for attorney general.

In-person early voting begins 45 days prior to the state elections, according to the state’s Department of Elections website. Election Day is Nov. 2 and will decide the state’s next governor, lieutenant governor and attorney general, as well as members of the House of Delegates.

Correction: This story has been updated to note that Winsome Sears is the first and only Black Republican woman elected to the Virginia House of Delegates.