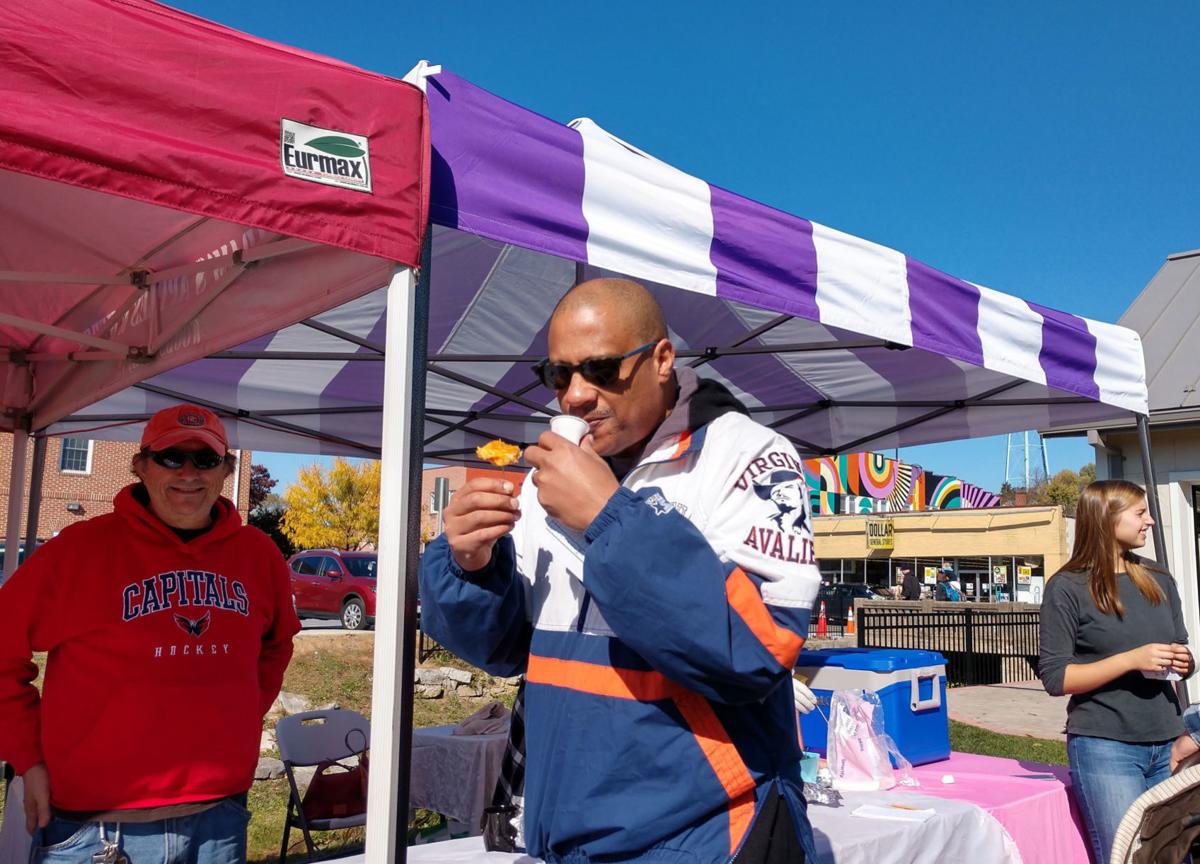 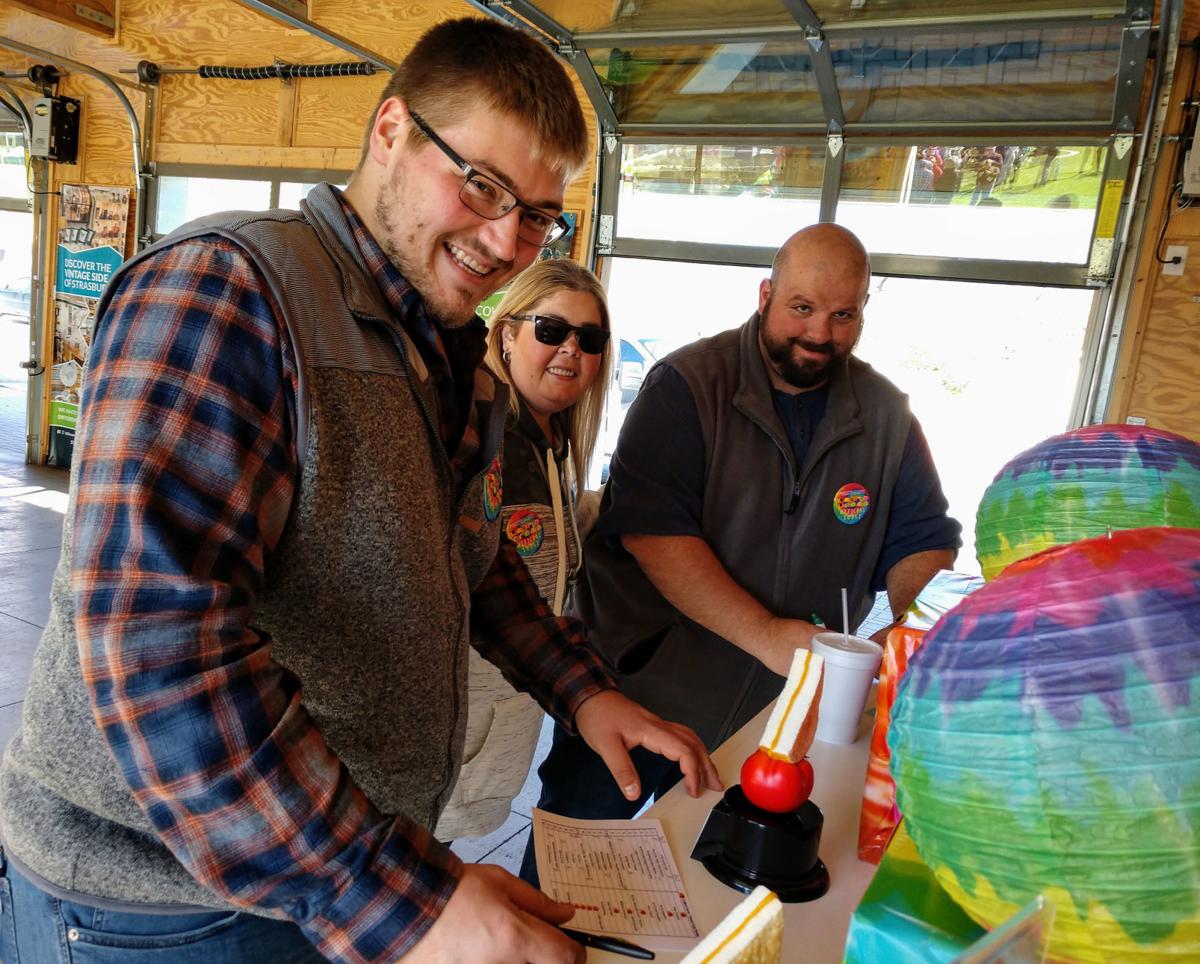 Justin Morrison, of Berryville, from left, and Tiffany and Aaron Spaid, of Stephenson, cast their votes Saturday for the best grilled cheese and tomoto soup. 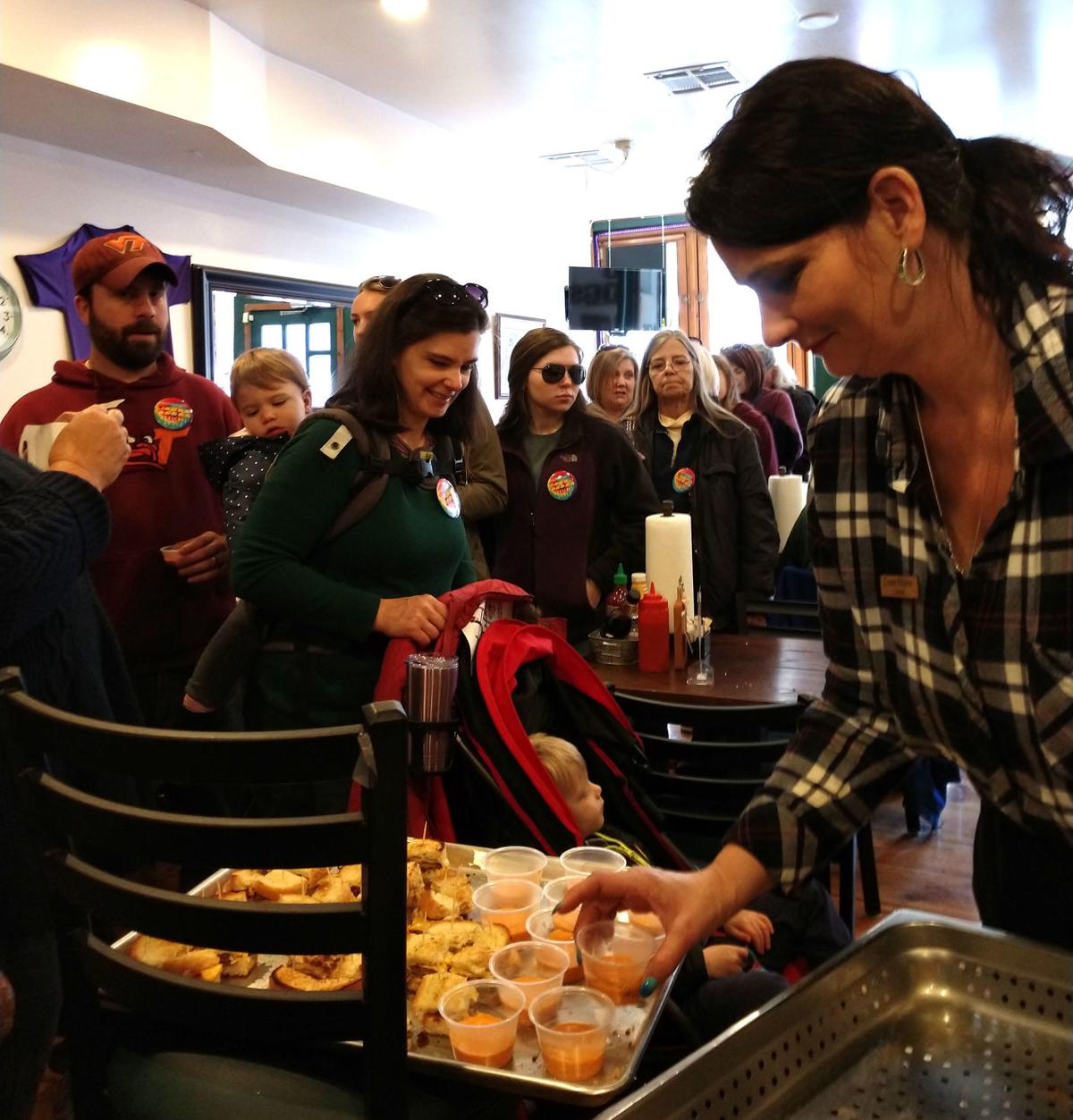 Justin Morrison, of Berryville, from left, and Tiffany and Aaron Spaid, of Stephenson, cast their votes Saturday for the best grilled cheese and tomoto soup.

STRASBURG – Downtown was filled Saturday as people turned out for the third annual Grilled Cheese and Tomato Soup Festival.

Lloyd Willis, of Strasburg, was one of the people who returned to the festival after being there last year. On arrival, he tried the grilled cheese and tomato soup at the Strasburg Farmers Market.

“Delicious. I love it,” Willis said.

The market made its grilled cheese sandwich with a homemade yeast roll, pimento cheese, and, in a unique twist, a slice of apple from Adam’s Apples & Herbs.

Hilton estimated 20,000 ounces of soup and thousands of samples of grilled cheese sandwiches were served before the day was over.

Another town official walking around the festival was Town Councilman John Massoud.

Angelique, Ziandri and Lucas Nel, of Winchester, were visiting Strasburg for the second time ever to attend the festival.

“I love the soups. They are amazing,” Angelique Nel said.

Her favorite tomato soup was served by Box Office Brewery.

Box Office Chef Daquawn “DQ” Michael Baxter said the soup had butter, cream, and tomatoes that he roasted in the oven, along with vegetables and herbs right out of the garden.

Lucas Nel said his favorite sandwich was from 0- 60 Energy Cafe.

“It has bacon and barbecue chips in it,” he said.

Attendees Justin Morrison, of Berryville, and Tiffany and Aaron Spaid, of Stephenson, placed their votes by about 1 p.m.

Tiffany Spaid said her vote for the best tasting grilled cheese sandwich was for Old Dominion Doggery. Morrison and Aaron Spaid, however, both said the best sandwich was 0-60 Energy Cafe.

Correction: This story has been updated to show that Justin Morrison, Tiffany and Aaron Spaid were attendees and not festival judges.

Out Of The Past