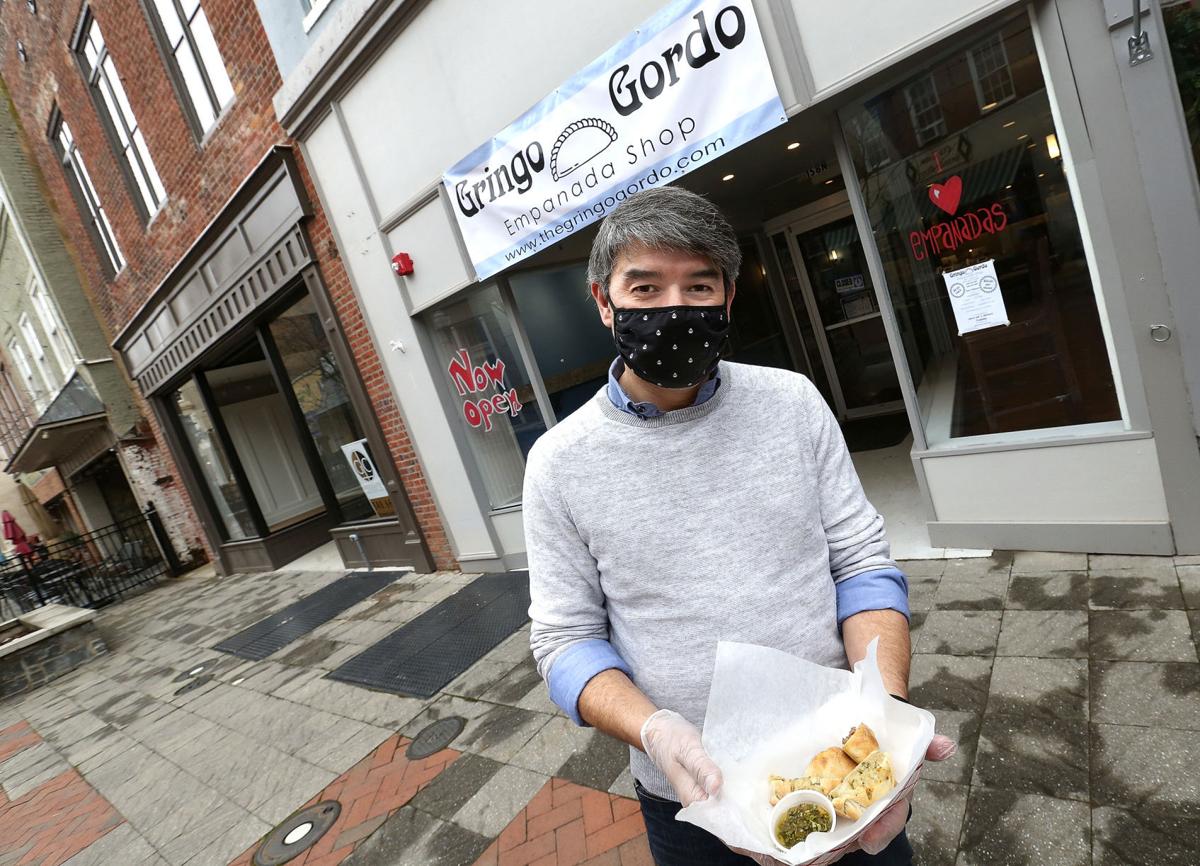 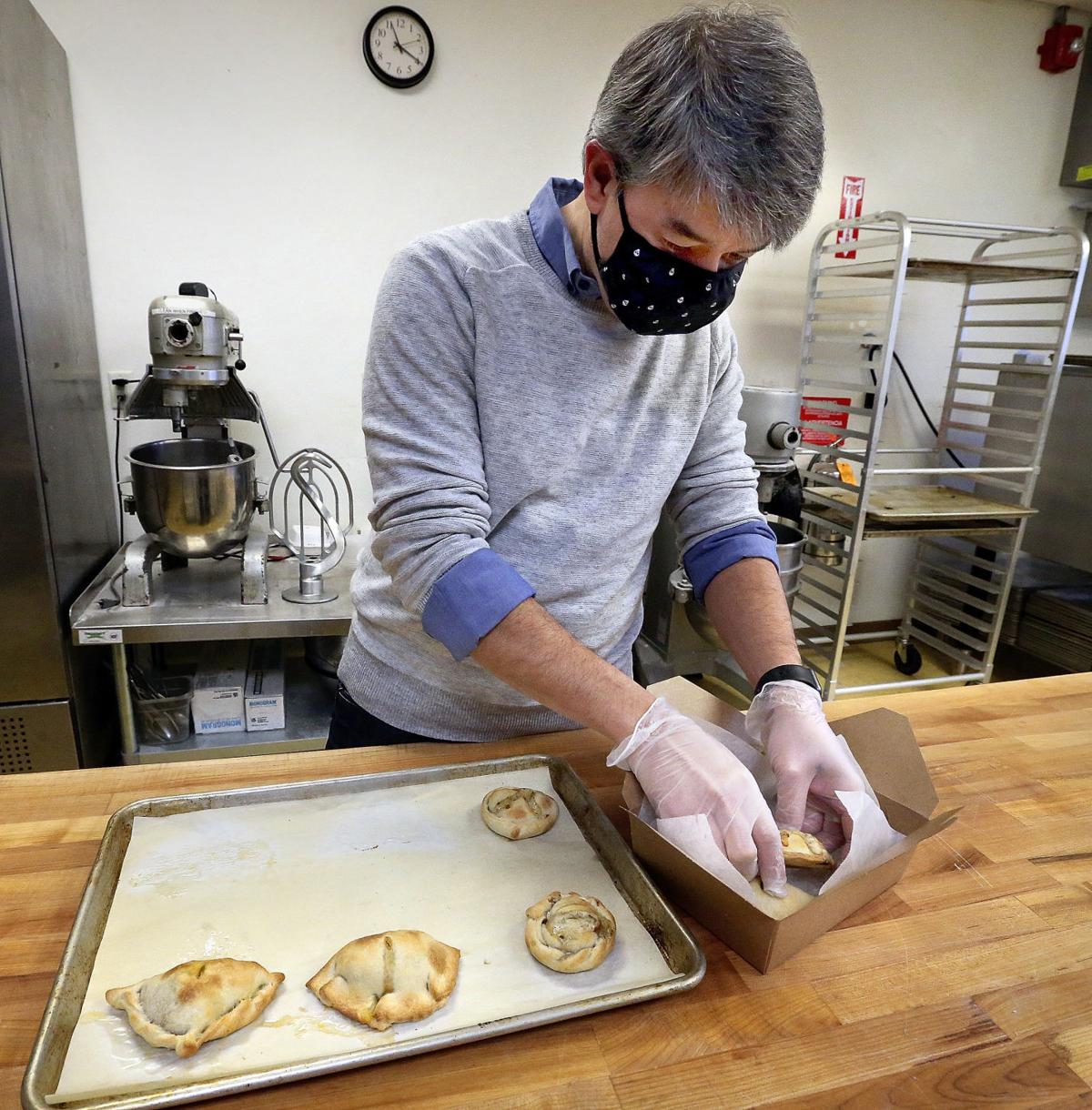 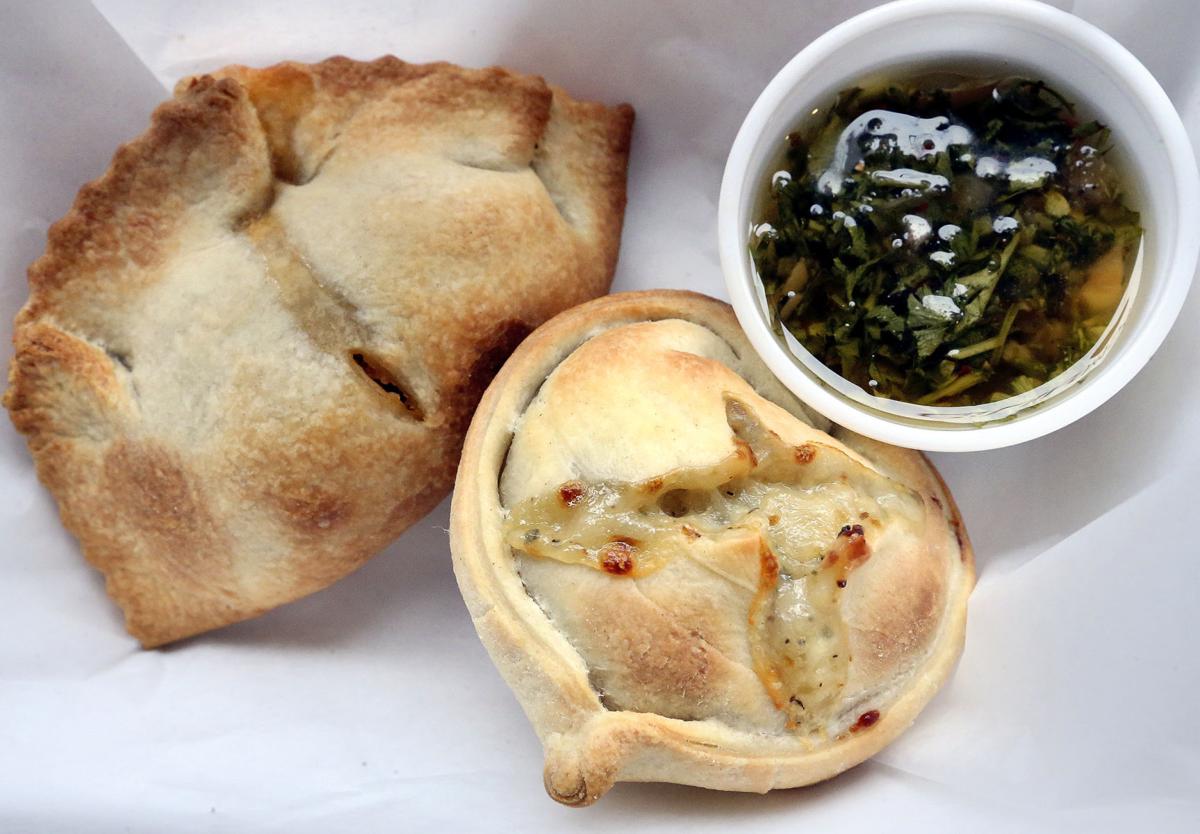 WINCHESTER — After taking ownership of the Union Jack Pub in February last year, it was easy for Jim Thompson and his business partners to see the magic of Old Town Winchester.

“I love the downtown area and think it has a ton of potential,” said Thompson, who lives in Loudoun County.

“Pre-COVID I’m sure it was bustling every weekend. We saw that and fell in love with Winchester.”

The year 2020 didn’t pan out quite like everyone thought it would. Plans were shattered, ideas were put on hold and nothing went according to plan. But out of this uncertainty, new ideas are born. At that time, even Thompson didn’t know his business would be opening an empanada restaurant by the end of the year.

But when The German Table restaurant closed last spring at 158 N. Loudoun St., Thompson said they quickly jumped on the available restaurant space for a new-to-them concept of an empanada restaurant that they called Gringo Gordo Empanada Shop. (Gringo Gordo translates from Spanish to ‘chubby Anglo guy,’ in terms of endearment, and is a term he and his business partners identify with, he joked.) Considerations of the current environment — COVID-19 and its effects on dining — greatly influenced how they planned the business.

“I’m a longtime chef, and one of my partners has lived in Argentina and he was talking about empanada shops and cafe culture there in Buenos Aires, and we thought it was a great opportunity to find a fast-casual niche that’s kind of like a pizzeria but not a pizza. We thought it may take off in this dynamic with COVID, with dine-in being iffy, and that carry out and delivery would be better.”

Takeout is king during these unprecedented times, and these savory hand pies are a perfect to-go food. Empanadas, hailing from southern Europe, Latin America, and the Philippines, are baked or fried turnovers filled with meats, cheese or vegetables.

And just like a box of chocolates, what kind of filing you’ll find inside isn’t obvious — but there’s a trick to figuring it out.

“The shape is indicative of what’s in it,” Thompson said. “We go on the internet and find inspiration on rolls, and our fans come in and they know what the chicken (shape) looks like, what the vegetarian looks like.”

Not sure where to start? Thompson recommends the Argentine Beef.

“If it’s a first-time empanada experience, that’s what the Argentinian empanada is all about it. It has egg and olive in it which may turn people off, but it’s for richness and solidity. It’s very tasty. With the chimichurri sauce the two together is magical,” he said.

Thompson developed the recipes for Gringo Gordo, with the idea of the recipes being easily repeatable and consistent. David Shedlock was selected as general manager and chef, from one of his business group’s other restaurants.

“It’s a huge learning curve but we feel we have a pretty good product,” Thompson said. “Over months of research and trial and error, I think we have something pretty tasty.”

It takes a lot of courage and good business acumen to open a business — particularly a restaurant — in the middle of a pandemic. Thompson and his business partners have had a wild ride this year with their four restaurants, including this new one. They also operate The Old Waterstreet Inn in Winchester.

“You would make plans, one day like here’s my game plan, and then you come in the next day and something has changed or happened in the news and you have to switch gears. It’s been a year of that, of uphill battle.”

He’s optimistic about the future.

“All the restaurateurs here are cut from the same cloth — we’re just tenacious people. If you’ve made it this long, you’re going to make it.”

Thompson said they have their sights set on another new business in Winchester: they plan to open a new doughnut shop — named Fat Guy Donuts — at 1200 Valley Ave.

Upcoming goals for Gringo Gordo include adding online ordering and delivery in a few weeks. Pick-up and limited dine-in is available. They are also working on a gluten-free option for the dough. Desserts will be joining the menu this week.

Gringo Gordo Empanada Shop is open from noon to 8 p.m. Tuesday through Saturday and from noon to 6 p.m. Sunday. They are closed Mondays.