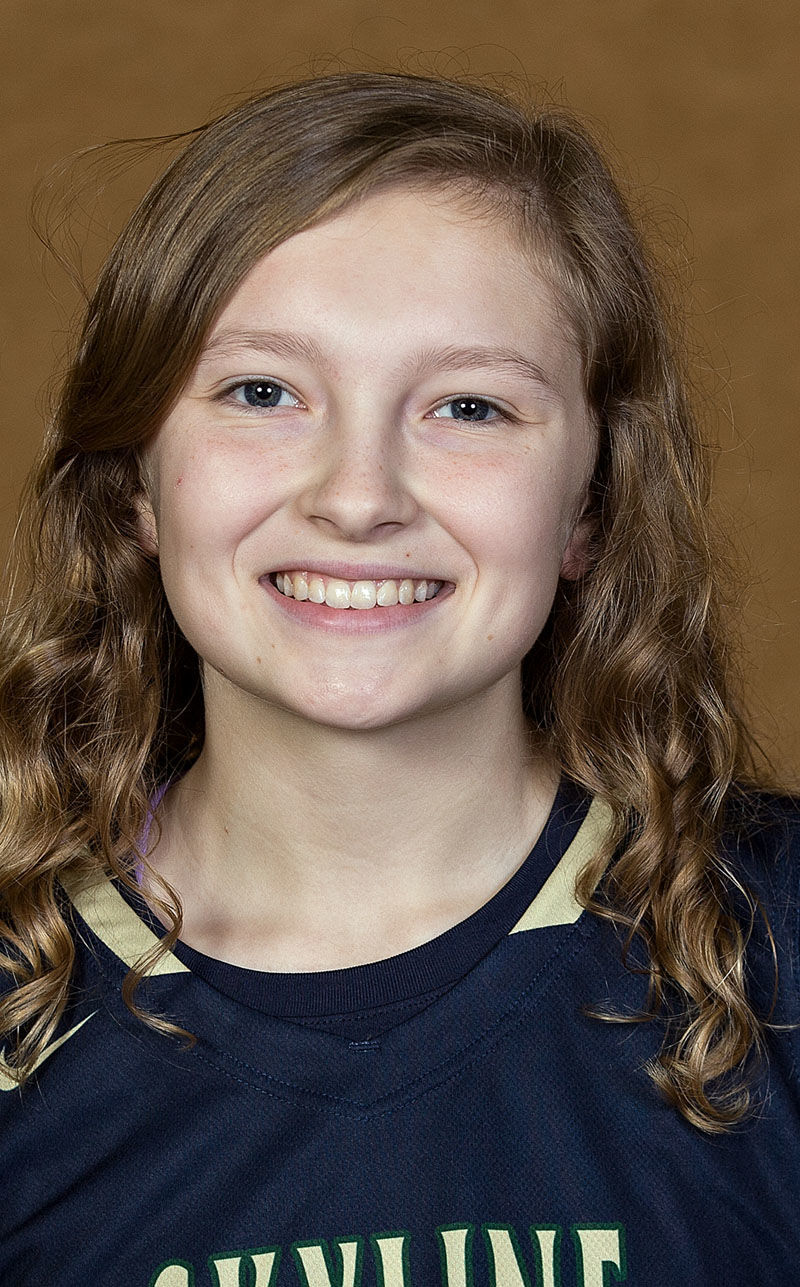 STRASBURG – Skyline fought hard throughout its game Friday afternoon, but free-throw shooting proved costly in the opening game of the Ram Hardwood Classic.

The Hawks struggled throughout the game from the foul line in a 49-46 overtime loss to Page County.

“I was just telling them in (the locker room) free throws are something that you have to work on on your own,” Skyline girls basketball coach Jim Kenney said. “We don’t have time during the season to work on free throws in practice – we just don’t because we have too many other things to do. So my challenge to them after the game was ‘doggone it get better on your own at free throws’ because it’s the difference in games. Close games always come down to free throws — always.”

The Hawks (2-5) trailed throughout most of the game but used a strong second half to take a lead late in regulation.

A 3-pointer by Page County’s Caris Lucas gave the Panthers a 33-24 lead with 6:56 left in the third quarter.

Skyline used a 10-2 run to cut the deficit to 36-34 with 2:46 left in the third. Skyline sophomore point guard Kyra Whitmore scored 6 points during the run.

Page County’s Marissa Monger hit a 3-pointer with 52 seconds left in the third for a 39-34 lead heading into the final quarter.

The Panthers (5-2) pushed the lead to 6, but the Hawks used their defense to keep it close. Page County made only one basket in the fourth quarter.

“I got to figure out a way to get us to play the way we played in the second half in the first half (too),” Kenney said. “We gave up 30 points at halftime and I told them in the locker room at halftime ‘girls, if you give up 30 points per half there’s no way we’re winning.’ We can’t win if another team scores 60 points, because we’re averaging about 42-43 points a game. So they really came out in the second half and locked it down (on defense).”

The Hawks were able to tie the game at 42 on back-to-back baskets by Jordan Kenney and Christa Grady with 3:59 left in regulation.

Skyline junior Audrey Dueweke came off the bench and made a couple of big plays. Dueweke got a steal and a layup to give the Hawks a 44-42 lead with 2:56 left in regulation.

“She doesn’t get a whole lot of playing time but she’s one of our biggest cheerleaders on the bench,” Jim Kenney said of Dueweke. “I want to give her a shout out because she came in and I told her ‘I need a minute and a half of just good solid defense.’ Doggone if she didn’t go in and got a steal a rebound and made 2 points. So I’m really proud of her for doing that.”

The Panthers tied the game at 44 on two free throws by senior Abbey Nauman with 1:56 left in the fourth quarter.

Neither team scored the rest of the fourth. Page County missed its last three shots, while Skyline had two turnovers in the final minute.

Page County junior Morgan Lucas scored inside the paint for a 46-44 lead with 3:44 left in overtime. It was the only basket either team would make in overtime.

The Hawks were 0-for-5 from the field in overtime and the Panthers made three free throws in the final minute to seal the win.

Despite the loss, Jim Kenney said he was pleased with how his team played.

Jordan Kenney led the Hawks with 13 points. Grady had 8 points and 9 rebounds and CiCi Difiglia had 9 points for the Hawks.

“I keep telling them these games are preparing us for (district play),” Jim Kenney said. “Because I really don’t see a team that’s much better than Page in our (district), to be quite honest. I think we’re going to be in dog fights every game. And if we are in close games now, learn some lessons from that it will be better for us going forward.”