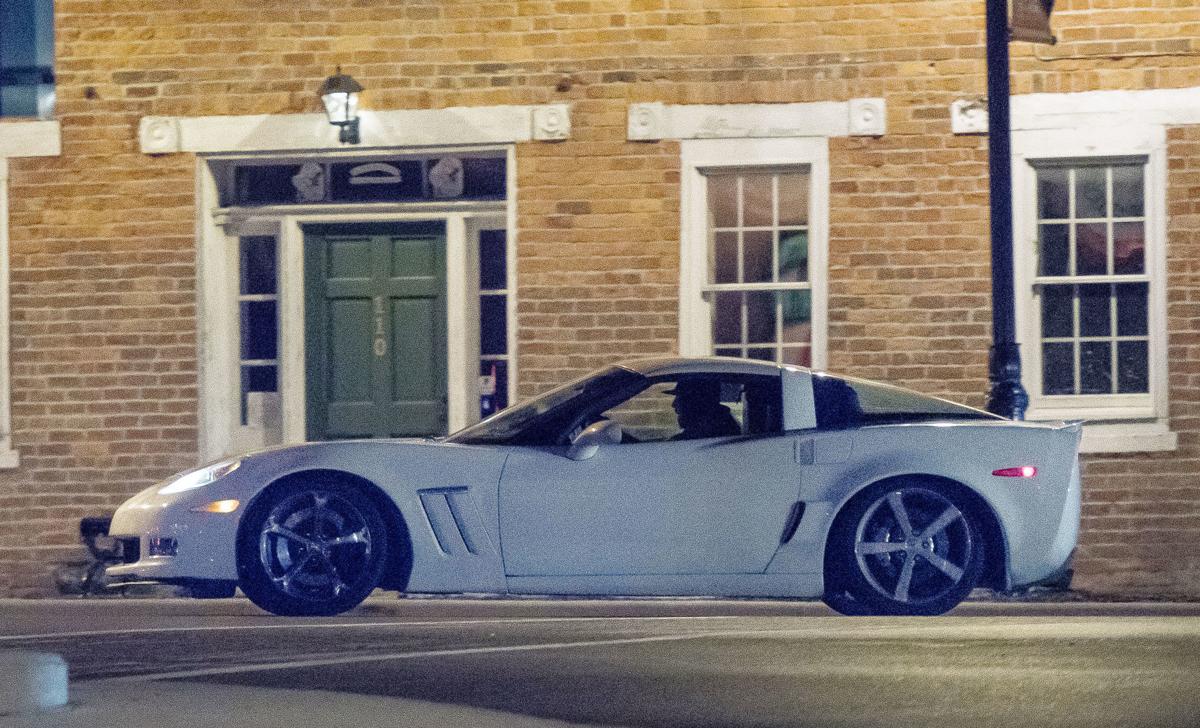 A Corvette involved in a pursuit from Warren County makes the turn at Massanutten and King Streets on Tuesday night. The pursuit went through at least four counties before ending. 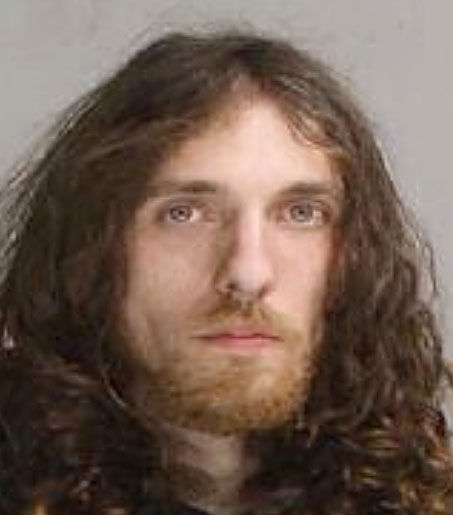 Allen, 29, was signaled to pull over his 2013 Corvette in the 1400 block of North Royal Avenue at about 8:30 p.m. for “traveling at a high rate of speed," according to a Front Royal Police Department news release.

“The vehicle did not display a license plate and when the officer activated his emergency lights, the vehicle failed to yield, and a pursuit was initiated,” the release states.

Sager added that the chase entered and exited Strasburg in less than five minutes, noting that Allen was traveling in “excessive speeds” that threatened the public and “thankfully no one was hurt.”

He said the chase proceeded through Millwood, Boyce and entered Berryville on Mosby Boulevard. On Route 340 just before the West Virginia State line, he said Allen began traveling north in the southbound lane.

He said the office does not pursue vehicles in the wrong lane, so the officers had to “double back” and when the car was found “he had already taken off running.” He added that guns were found in the vehicle.

A Front Royal police Facebook post put up when Allen was at-large stated that he was considered "armed and dangerous."

Virginia State Police Public Relations Officer Sgt. Brent Coffey said over the phone that at some point a spike strip was deployed but he is not sure where. He added that a vehicle hit the spikes, but he is not sure if it was struck by Allen or another vehicle.

Sumption said the Jefferson County Sheriff’s Office in West Virginia arrested Allen at about 11:45 a.m. Wednesday. Sumption said the charges will be handled in Front Royal since that is where the chase was initiated. The Front Royal Police Department’s news release states that “charges were obtained" for felony eluding and reckless driving while additional counts may be forthcoming.

According to the Front Royal police's Facebook post, the Upper Pottsgrove Township Police Department in Pennsylvania assisted in the matter “as they have dealt with Allen in the prior two days with similar pursuits.”

According to online Pennsylvania court records, Allen is due in court next month on misdemeanor charges of assault, unlawful restraint, harassment, trespassing and tampering with property.

According to online records, Allen was being held without bond as a fugitive at Eastern Regional Jail in Martinsburg, West Virginia.