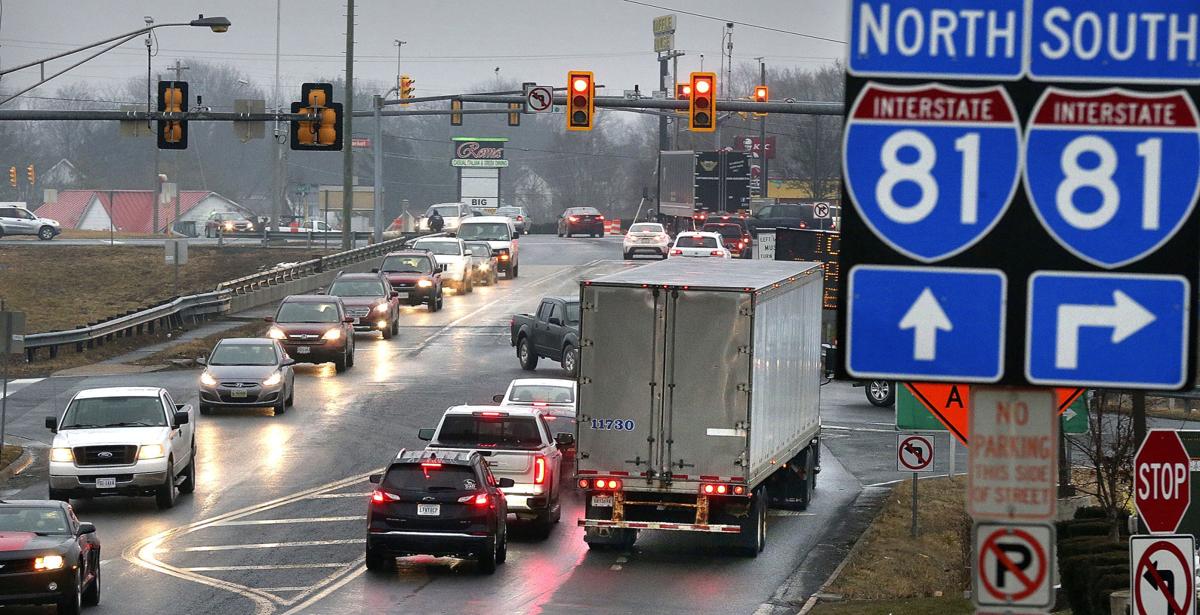 Traffic moves on Fairfax Pike (Va. 277) at the Interstate 81 interchange in Stephens City on Monday evening. 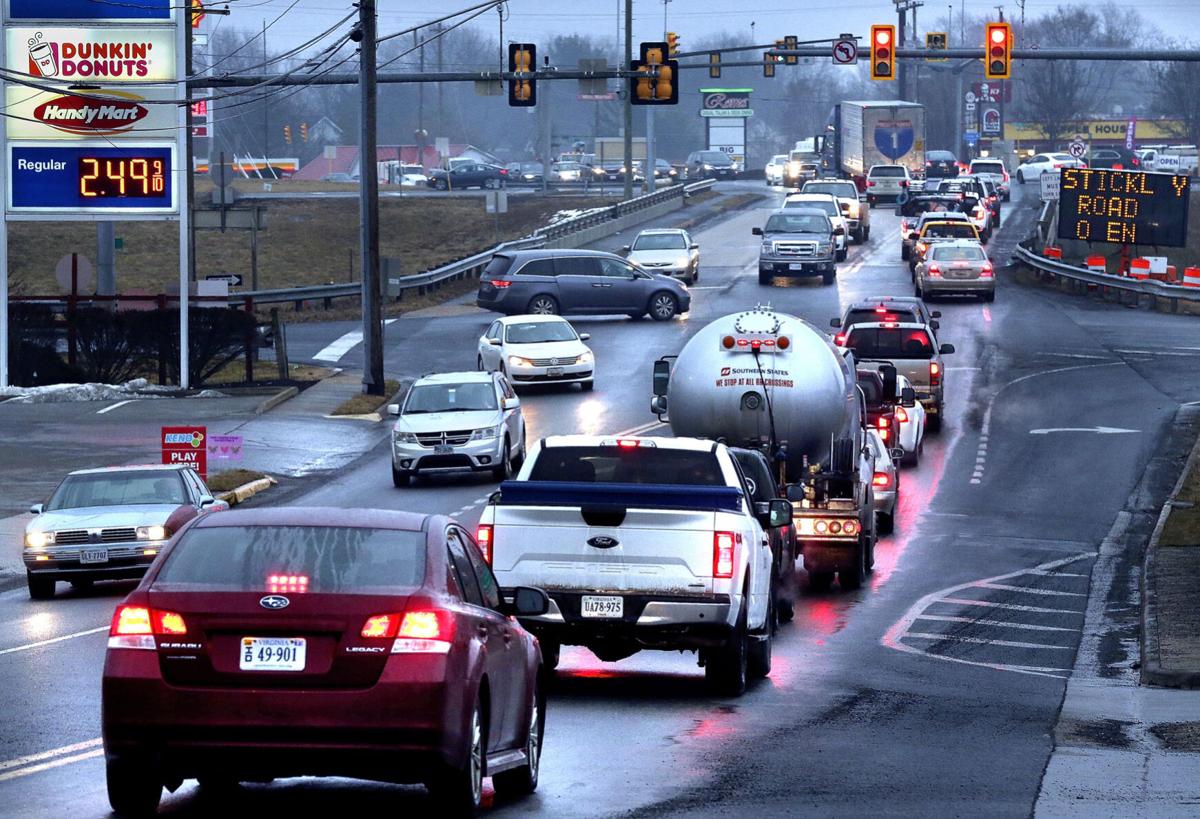 Traffic moves on Fairfax Pike (Va. 277) at the Interstate 81 interchange in Stephens City on Monday evening.

At last week’s Frederick County Board of Supervisors meeting, Stephens City Mayor Mike Diaz said the project is a major priority for the town of about 2,200 residents. He called the interchange “a serious traffic and transportation problem.”

The supervisors agree. At the meeting they adopted an updated Capital Improvements Plan (CIP) for the county, which supports relocating the interchange from its current location at Fairfax Pike (Va. 277)/Fairfax Street to a new location south of town.

Diaz said after the meeting that while the interchange’s relocation is “long overdue,” the project has no clear timeline or funding.

Moving the exit 307 interchange would cost an estimated $241 million. Doing so would address current traffic congestion and future development.

Currently, an overpass bridge spanning I-81 between the exit 307 north and south ramps is the only way to enter Stephens City from the east. Traffic backups are a regular occurrence at both ramps and on the bridge.

The problems are enhanced by the large number of traffic lights and intersections motorists encounter on both sides of the bridge.

Town officials have said Stephens City residents frequently find themselves in traffic jams during morning and afternoon rush hours, or when a crash occurs on the interstate. Traffic also backs up on Sundays when people are headed to and from church. Former Stephens City Mayor Mike Grim told The Winchester Star in October of 2017 that it once took him 90 minutes to drive from the town’s Main Street to his grandchild’s ball game at Sherando Park on Fairfax Pike — a distance of less than 2 miles that should take about 5 minutes to travel, according to online maps.

“The problem at the 307 interchange is not a new one,” Diaz said. “Twenty years ago, the town recognized the issues the 307 interchange posed and began planning, with the blessing of Frederick County, for its relocation ensuring the best possible placement for an eventual development of a western bypass around the town.”

Diaz said moving the interchange is important for public safety. More than 90% of Stephens City Volunteer Fire & Rescue Company’s calls for service are east of town, requiring emergency crews to negotiate a routinely bad traffic situation. This delays the response times, he aid.

Town Fire & EMS Chief Timothy Vaught has given first-hand accounts of these problems, explaining in a statement that on a normal weekday the troubles “extend in all directions from the intersection and are arguably caused by the interchange itself. The bridge crossing I-81 consistently provides an obstacle for first responders and leaves no place for motorists to open a lane for emergency response.”

Vaught contined: “It is not uncommon to have to wait until a traffic signal changes before a lane opens up. The interchange also experiences backups on the I-81 exit ramps. These backups place motorists in the travel lanes or on the right shoulder of I-81 when traffic volumes are high and therefore places them at an increased probability of being struck as they await their turn on the exit ramp. The congestion at the bridge and interchange routinely cause traffic.”

Diaz maintains the interchange problems will be compounded by VDOT’s recent widening of Fairfax Pike, which allows room for more lanes of traffic to bottleneck at the interchange.

A few years ago, VDOT supported a $1.3 million study, funded by the federal government, to evaluate the options to improve the I-81 exit 307 interchange, including relocating it. VDOT spokesperson Sandy Myers previously said that 90 percent of the funding was federal and 10 percent was from the state. Work on the study began in 2014.

But VDOT discontinued the study in 2018 after spending $900,000 when it became clear that the problem was more complex and that the study would cost more than $1.3 million. Myers said there are no current VDOT studies underway for moving the interchange.

Rerouting the interchange isn’t included in the $2 billion I-81 capital improvement plan approved by the General Assembly in 2019.

Assistant County Planning Director John Bishop said the relocation of the interchange is important to the county, but that there are more immediate needs. He added, “There’s almost nothing in the state getting funded at those kinds of levels.”

Each locality is only able to submit four applications for Smart Scale funding. Due to this limit, Bishop said the county has been applying for smaller projects that have a much better chance of getting funding.

“At the end of the day, until the funding scenario changes in the state in terms of the amount of funding available and the amount of funding that is able to come into [VDOT’S] Staunton District, it’s going to continue to be really hard to get that level of funding for any project, let alone exit 307,” Bishop said. “Projects of that scale are simply not getting approved these days.”