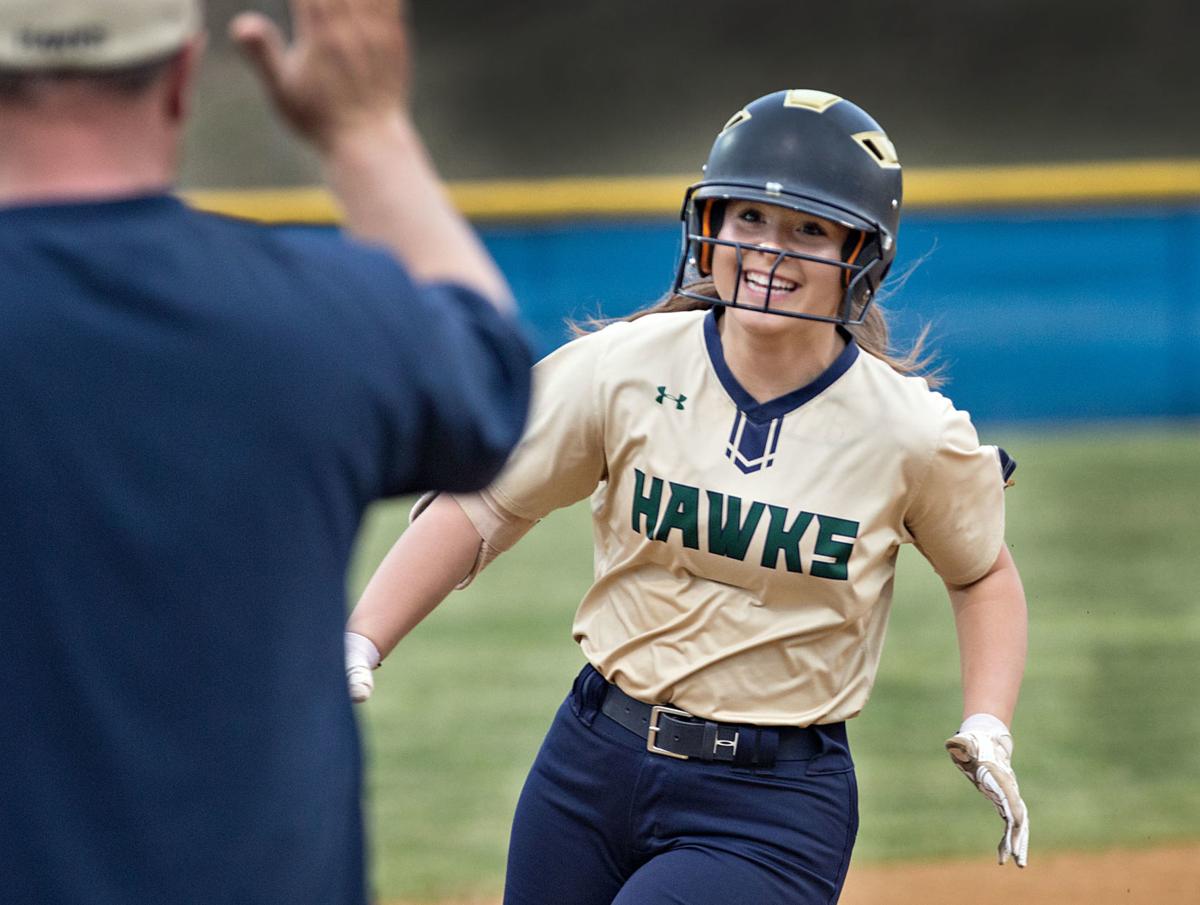 Skyline’s Emma Benson prepares to round third base after hitting a grand slam in the second inning in a game against Central in Woodstock. 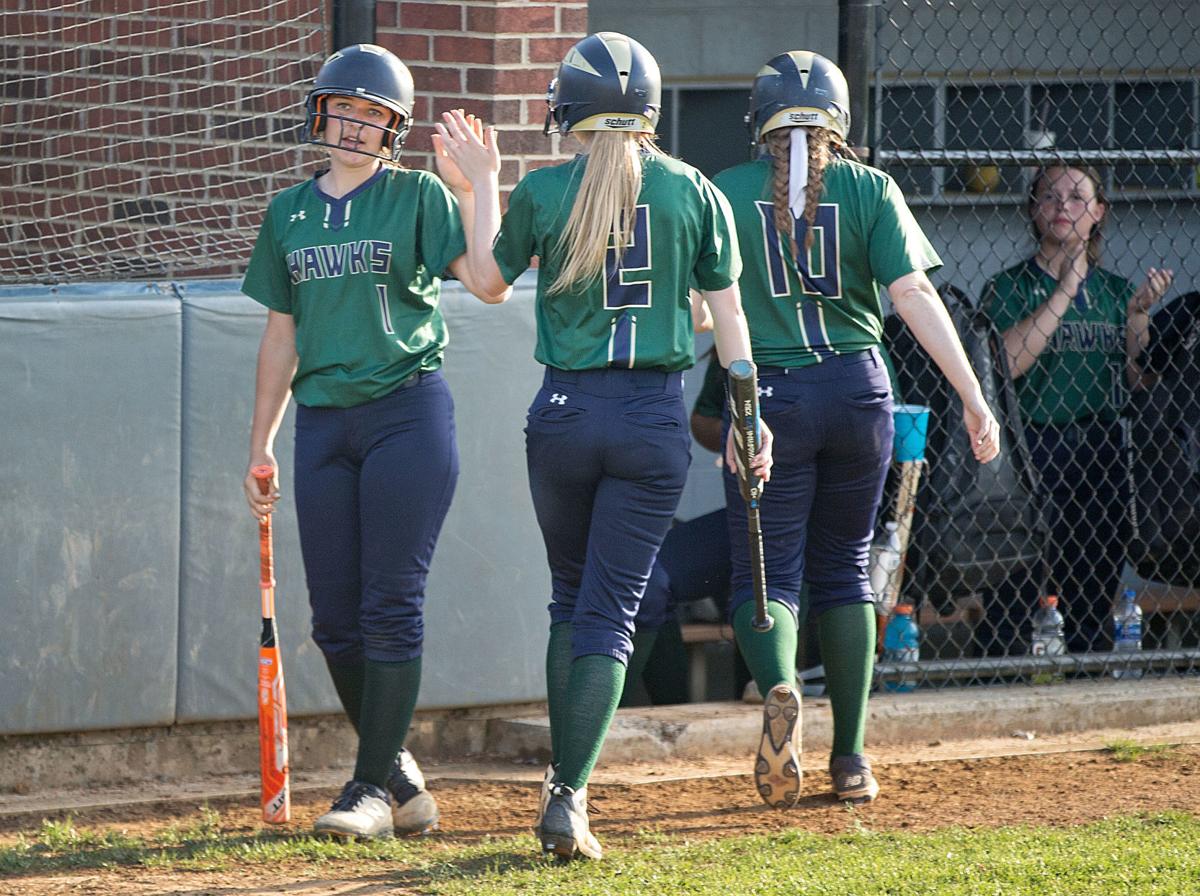 Skyline’s Emma Benson prepares to round third base after hitting a grand slam in the second inning in a game against Central in Woodstock.

The seniors on Skyline’s softball team were fortunate enough to be a part of the program during some of the best seasons in the Hawks’ history, some playing key roles in deep postseason runs the previous two years.

Skyline, which had never reached the state tournament before 2018, made back-to-back state semifinal appearances the last two years. The 2020 seniors won’t get to see how far they could lead the team this year after COVID-19 brought the spring season to a halt, but a couple of them said recently that they were grateful for the time they had in the program.

Emma Benson, a four-year starter for the Hawks, said she “couldn’t have asked for anything better” than what she experienced playing with her Skyline teammates and for head coach John Ritter.

“It was the greatest four years that I’ve had, especially going to states, just having that experience,” Benson, the Hawks’ shortstop-turned-pitcher, said last week. “Going down as a sophomore, to states for the first time, it was a really good experience, and then going down as a junior and being our pitcher. This year we were really hoping to get there again because we knew we had a good chance, but everything fell short, just wasn’t on our side.”

Though Skyline lost four multi-year starters from last year’s team, the Hawks felt they had the potential to return to the state tournament in 2020. Instead, Benson said she and fellow seniors Mackenzie Amos, Taylor Bowers, Olivia Heflin and Lauryn Nielsen are left with the feeling that they didn’t get their last chance to do something really special.

“What if this was the year we went to states and won it all?” Benson said.

Those seniors still have their past seasons to look back on.

For Benson, two moments that stood out during her Skyline career came last season, when her younger sister Grace, the Hawks’ second baseman, and shortstop Lexi Clatterbuck turned a pair of double plays in the state tournament. The first came against New Kent in the Class 3 quarterfinals, the second in the season-ending loss to Turner Ashby in the semifinals, Benson said.

“I’ll never forget that,” Benson said. “It was just bang-bang. It was so smooth and so quick. During practice and stuff they would always go over it and go over it, and to see them do it in a game was like ‘wow.’ Everyone on the team picked up because it’s just so fun to watch and see them do it.”

Bowers, who transferred from nearby Strasburg and was named second-team all-state after her first season with Skyline last year, said her fondest memory came in the Hawks’ blowout win at Central in March 2019. Bowers hit her first home run against the rival of her former school.

“Even though I moved to Skyline, playing them was still kind of like a rivalry I had with them,” Bowers said. “Hitting my first one out was kind of a big thing for me.”

That same win over Central produced some of Ritter’s fondest memories of his current seniors.

The head coach recalled that Benson entered that game struggling a bit at the plate, and after taking a hittable inside pitch, she glanced at Ritter with a look that said, “Yeah, I should’ve got on that one.” Benson got the same pitch two pitches later, Ritter said, and was well on her way to a two-homer, six-RBI game.

Ritter added that Nielsen, who’d entered the game in the fourth inning, hit a two-run home run in her first at-bat of that same game in the top of the fifth.

Ritter also recalled Bowers hitting a go-ahead, three-run triple in the seventh inning against her former team in a wild road win at Strasburg that saw the Hawks rally from a four-run deficit in the final frame.

Of Heflin, Ritter remembered her timely hit against William Monroe when Skyline needed a run.

“They’ve got a real upbeat attitude,” Ritter said of Skyline’s seniors. “They’re good about shaking things off and letting things go when they need to. And they’re all very likable, very respectful kids. The younger girls look up to them and that’s what you’ve got to have.”

While Bowers said she enjoyed her time at Strasburg, she’s grateful to have had a chance to play for Ritter and alongside Skyline teammates with whom she’s long played travel ball with.

“Finally getting to be with those girls again, it was just like wow, this is kind of like part of my family and I get to play with them for my last two years of high school,” Bowers said.

Both Benson and Bowers both said they’ve learned to never take anything for granted after having their senior season taken away, with Benson adding that she had “no idea that our first scrimmage (in March) was gonna be the last time I was gonna step on the field.”

“You never know when your last game’s gonna be, the last time you’ll be able to put on your cleats and step on the field,” Bowers said.

She added that she’s trying to tackle the unfortunate development at the tail end of her senior year with a positive mindset.

“Honestly it broke my heart to hear that we won’t be able to play again,” she said, “but everything happens for a reason. I try to keep a positive outlook on it.”