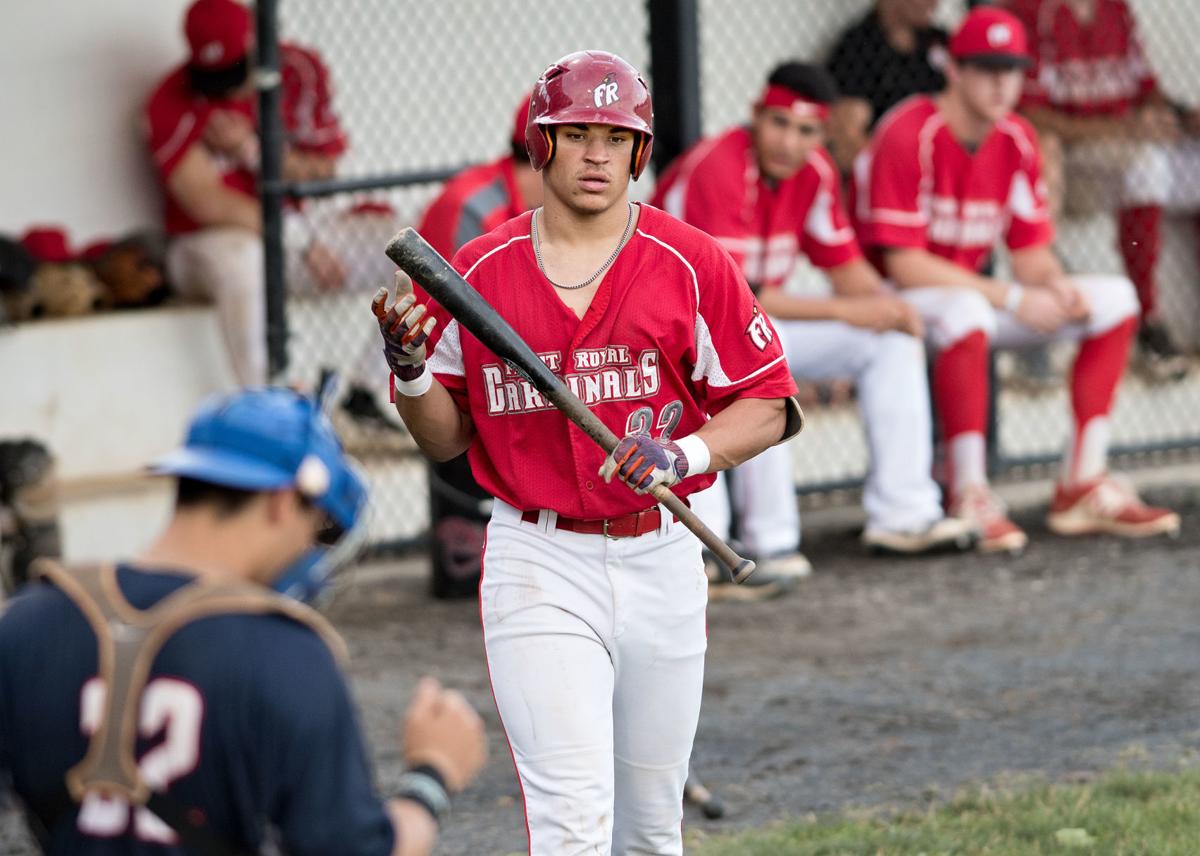 Front Royal’s Tre Dabney approaches the plate during Wednesday’s game against New Market. Dabney, coming off a stellar freshman season at James Madison University, was batting .323 with five homers and 10 RBIs for the Cardinals entering Friday. 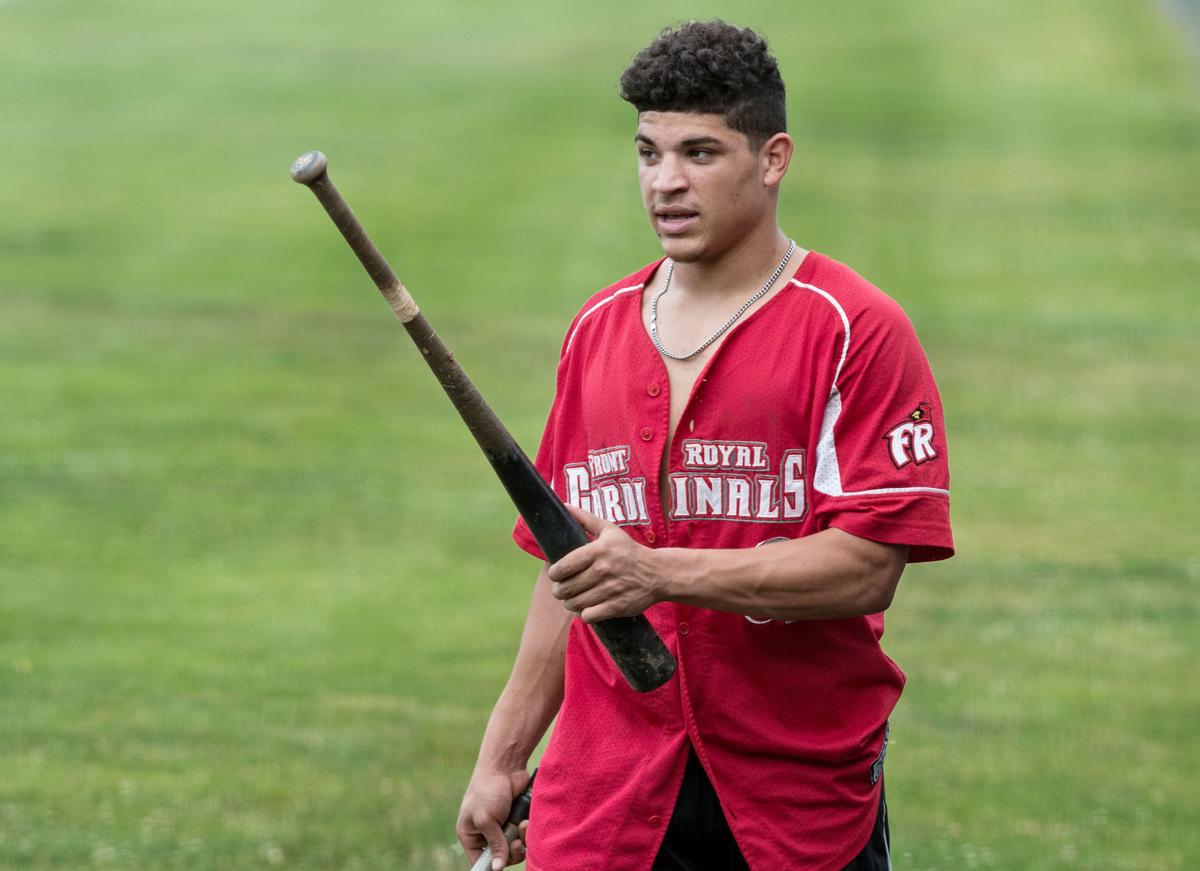 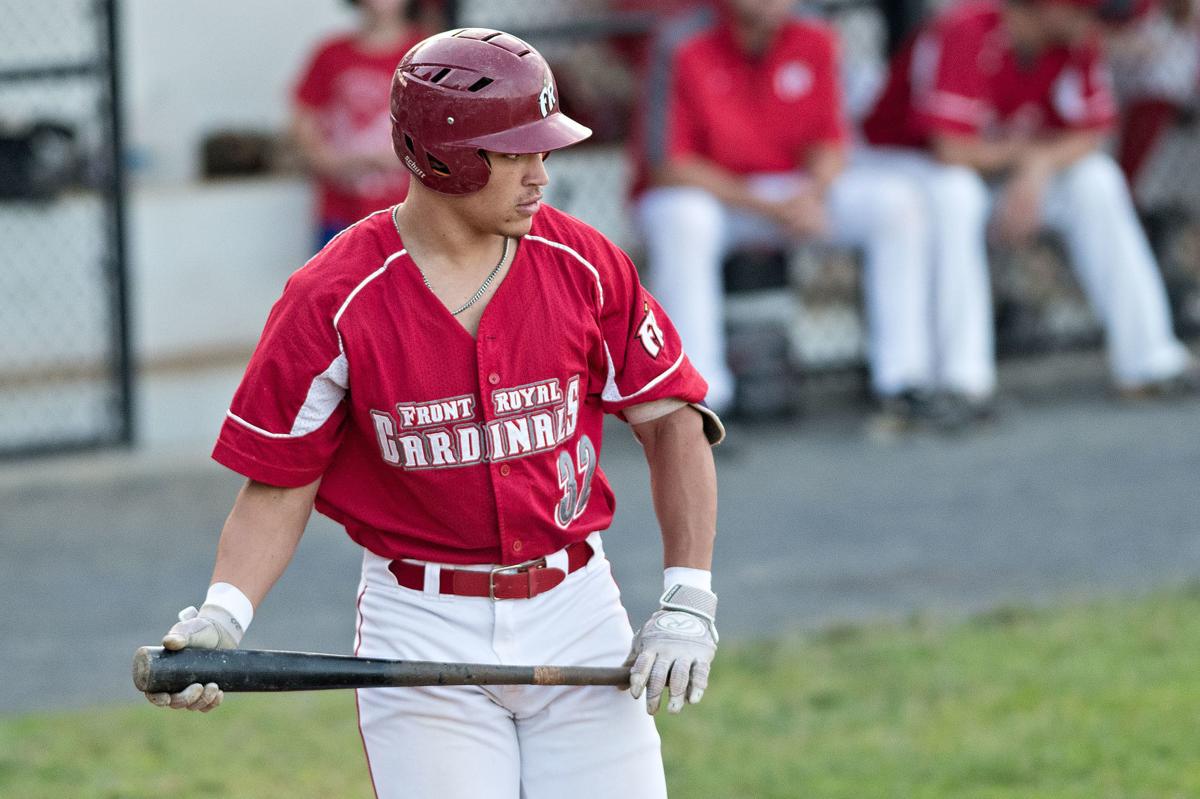 Front Royal’s Tre Dabney approaches the plate during a July 10 game against Winchester.

Front Royal’s Tre Dabney approaches the plate during Wednesday’s game against New Market. Dabney, coming off a stellar freshman season at James Madison University, was batting .323 with five homers and 10 RBIs for the Cardinals entering Friday.

Front Royal’s Tre Dabney approaches the plate during a July 10 game against Winchester.

FRONT ROYAL – Twenty-eight days passed between Tre Dabney’s last game of the 2019 season at James Madison University and his Valley Baseball League debut for the Front Royal Cardinals on June 20.

The VBL season was nearly three weeks old by that point, but Dabney, coming off a stellar freshman year at JMU, had suffered a knee sprain at the end of the college season and took several weeks off before returning to the diamond.

The break did little to slow Dabney, who had months before emerged as one of the Dukes’ most productive hitters.

In his first Valley League at-bat against Winchester, getting a chance with two on and two outs in the top of the first inning, Dabney sent a 2-2 offering from Royals starter Dalton Wilder over the fence at Bridgeforth Field.

It was clear then: Dabney, in his words, hadn’t skipped a beat.

“My bat feels good and I’m just trying to carry it over from what I felt last spring,” the Douglassville, Pennsylvania, native said before Front Royal’s home game against New Market on Wednesday. “It’s just carrying over. I just see ball, hit it. That’s all my approach is and it’s really working out for me. I just feel good right now.”

That June 20 at-bat was a continuation of what Dabney had done as a rookie at JMU – he hit .306 for the Dukes with six home runs and 29 RBIs in 2019 – and was a tone-setter for what he’s since gone on to do for the Cardinals this summer.

Dabney’s been red-hot at the plate of late. Before going 0-for-3 in Wednesday’s win (he reached base twice on a pair of hit-by-pitches), Dabney had hit safely in six straight games. In that span, Dabney batted .550 (11-for-20) with two doubles, a triple, five RBIs and six runs scored. He also homered in three straight games, moving into a tie for fifth place in the VBL with his five home runs despite playing in only half of Front Royal’s 36 games.

“He can put up runs in bunches for us. It’s really helped our offense, having him,” said Front Royal manager Tony Hurla, whose team, which ranks near the bottom of the VBL in many offensive categories, could’ve used a few more Dabneys this summer.

“He came hot right out of the gate. Then his back started bothering him and he struggled for a couple games, then we sat him a game to give him a day off right before an off day, gave him kind of a two-day break. After coming back from that, he’s kind of got right back to what you would really expect from him.”

Dabney set those expectations pretty high at JMU this past spring.

A three-sport standout at Berks Catholic High School in Reading, Pennsylvania, Dabney stepped right in as JMU’s everyday third baseman in 2019. A hot start in Harrisonburg – Dabney hit .500 through his first five collegiate starts – gave way to a freshman season in which he led the Dukes in doubles (14), steals (17), walks (28) and on-base percentage (.457), ranked second on the team in batting average and homers and was third in RBIs.

Dabney was a third-team All-Colonial Athletic Association selection and landed on the CAA’s All-Rookie Team.

“I was just fortunate to play my freshman year,” Dabney explained of his rapid success at the college level. “I came in, just played and my success I had and just the confidence I had really carried over from now to later. But what really stood out to me was the way I handled myself and the way I saw different pitches because in high school I didn’t really see those curveballs, offspeed.”

Dabney wasn’t surprised at how quickly he found comfort at the plate at JMU.

“It was within my capabilities,” he said. “I knew that it was the next level and I just had to step up, just work harder in the weight room, work harder and take extra reps in everything that I do. You could really see what the extra reps do and the extra work you put into it.”

Dabney’s power is a testament to that.

Admittedly not a home run threat in high school (he estimated he hit two or three homers at Berks Catholic), Dabney found his power stroke when he arrived at JMU. Though Dabney said he’s tweaked his stance since joining the Dukes to generate more power from his lower half, he credited most of his newfound pop to simply getting stronger in JMU’s weight program.

“They put weight on you and just the lifts that you do, you can really see the improvement when you put it out on the field,” said Dabney, who’s listed at 6-foot-1, 215 pounds on JMU’s website.

Dabney also has a method to ensure he regularly gets good pitches to hit. He crowds the plate, toeing the chalk line that marks the inside boundary of the right-handed batter’s box, constricting the space available for opposing pitchers to work around the plate.

Dabney gets plunked – a lot – as a result. He was hit by a pitch 24 times during the college season, double the number of any other Duke and fourth-most in the NCAA, and he’s been hit nine times in Valley League play.

But as he explained, it also makes it tough for pitchers to throw strikes without putting the ball in Dabney’s wheelhouse.

“You tend to hear the frustration (from pitchers), and they try to force the ball out, and when they force the ball out, they try to stretch the zone and it’s normally a ball,” Dabney said. “For them, it’s difficult to pick a spot because if they throw it too inside it’s gonna hit me, if they throw it too outside it’s gonna be a ball, so they’ve really gotta throw it right down the middle. That really frustrates them. I’m just gonna stick to that plan, see how it rides out.”

As far as areas of improvement, Dabney said he came to the Valley League ready to work on better recognizing breaking balls and to cut down on the errors at third base, a position still fairly new to Dabney. Originally recruited as a shortstop, Dabney said, JMU’s coaches opted to try him at third because of his size, and the move stuck.

“I think he’s still kind of adjusting to that,” Hurla said of Dabney’s play at third base. “He picks it up clean, it’s just throwing accurately that’s kind of the thing that at times has been, not a struggle, but he’s had a few bad throws. … As he gets more used to that I think he has plenty of arm strength to do it, so I think he’ll be fine.”

Though Front Royal holds the worst record in the Valley League this summer (the Cardinals were 12-24 entering Friday), Dabney spoke highly of his experience with the Cards.