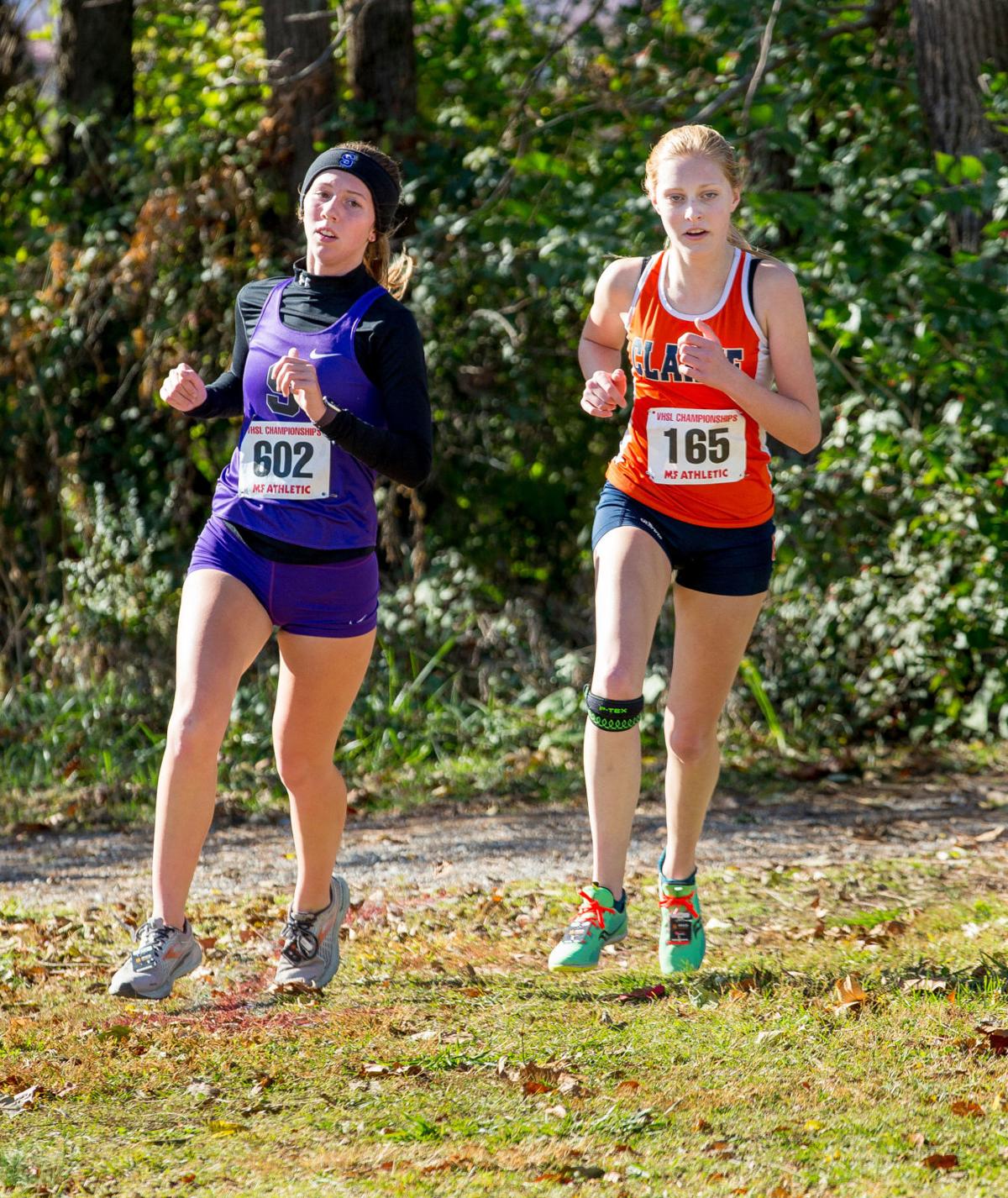 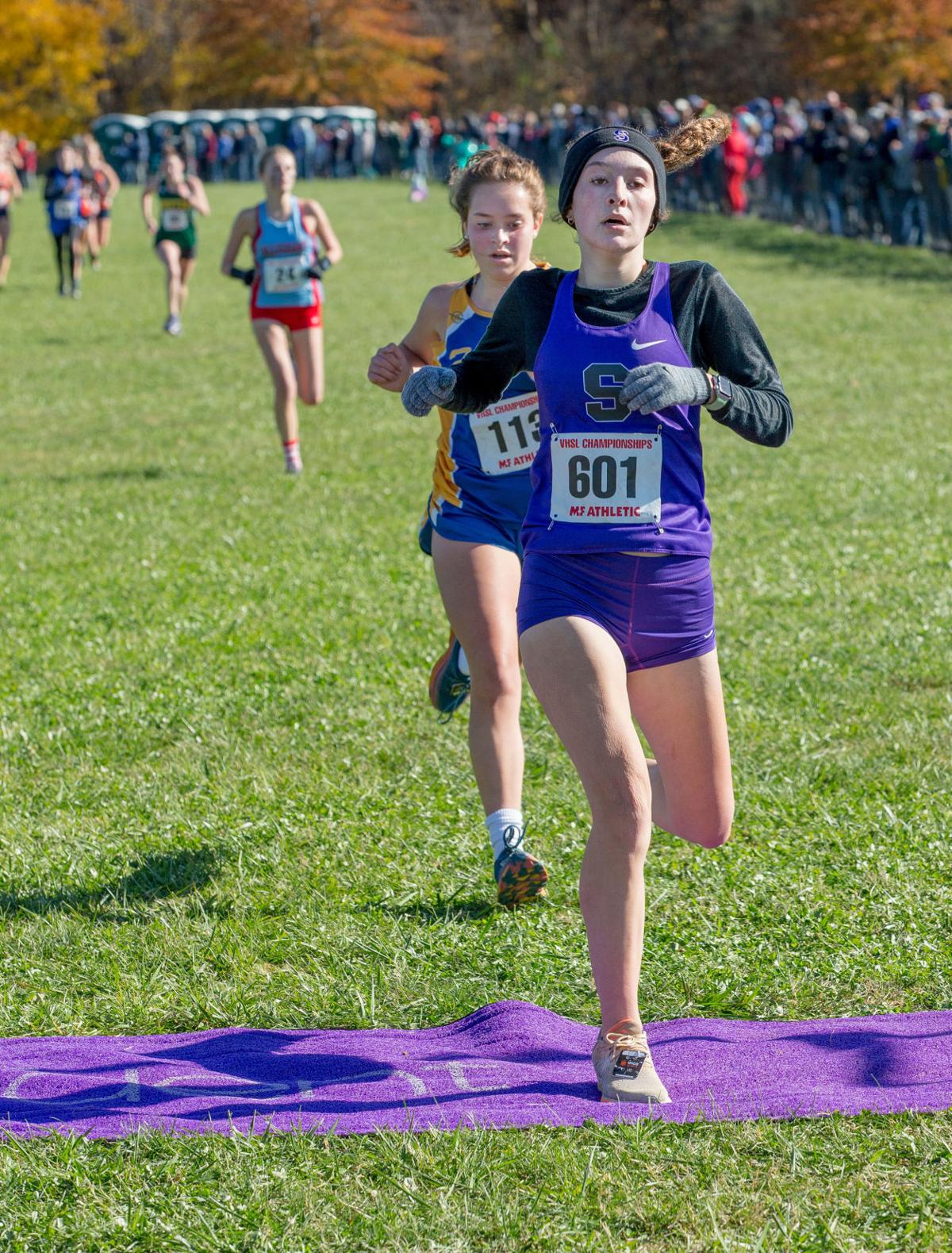 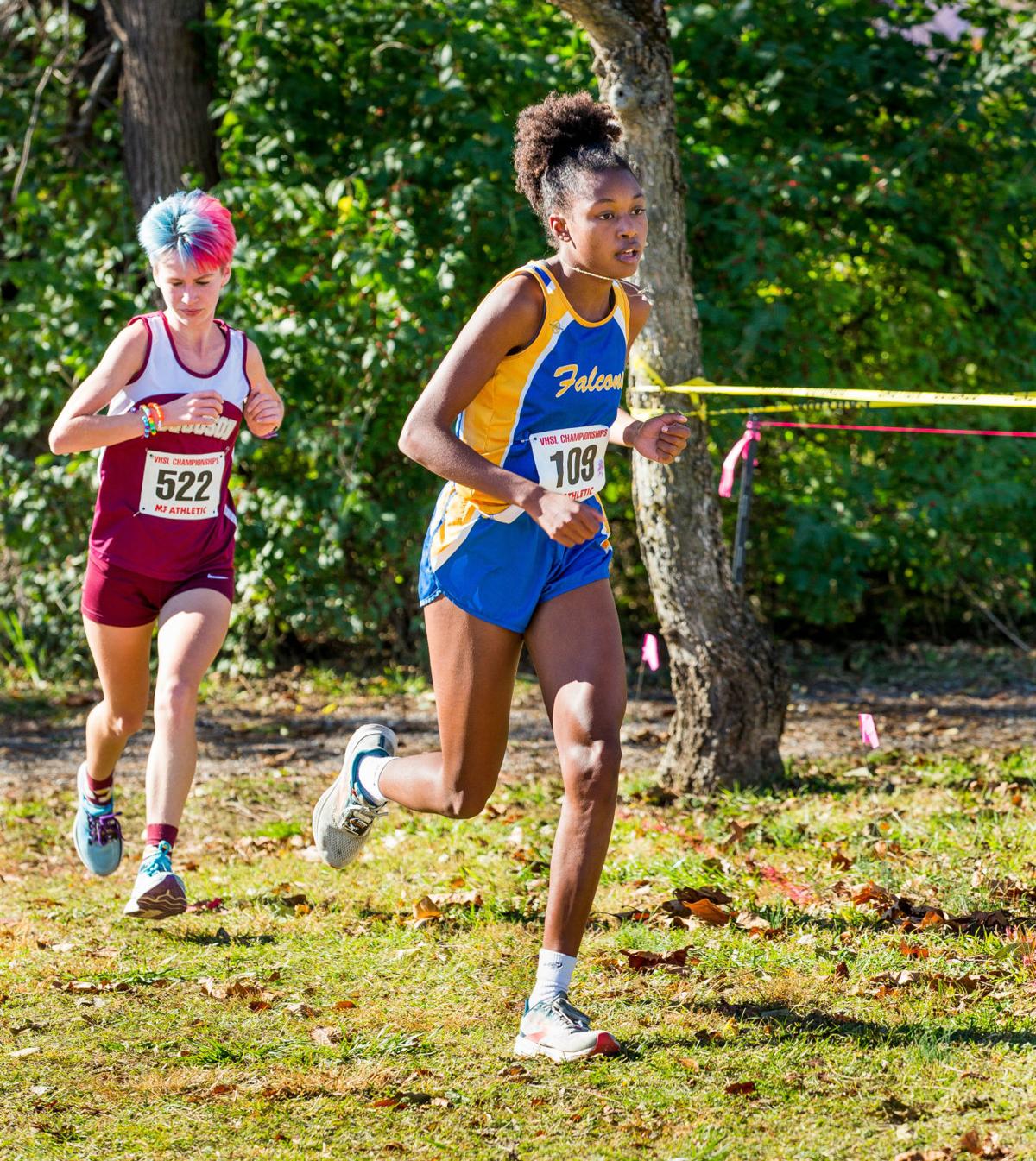 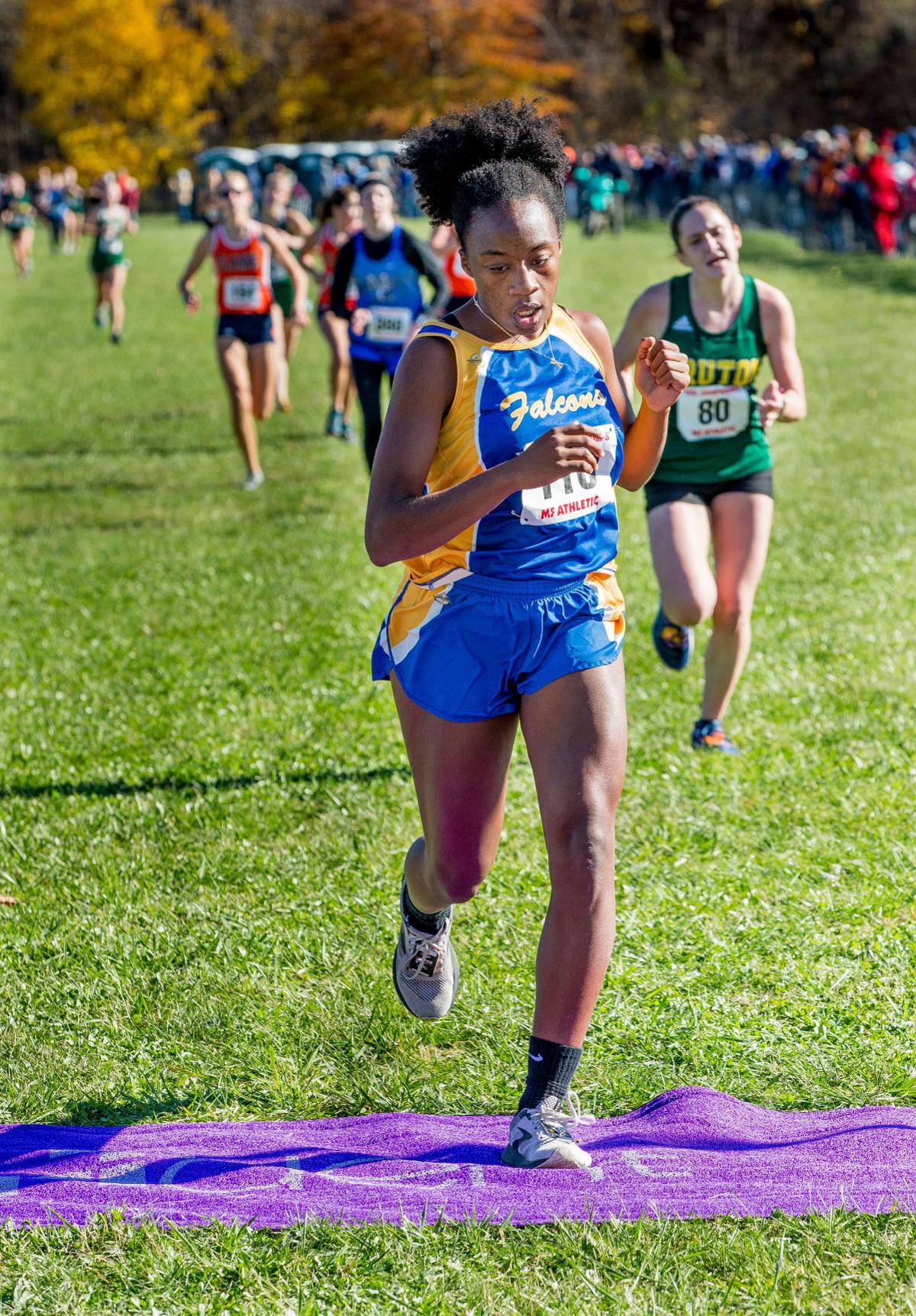 SALEM — Claire Keefe didn’t know what to expect from the Class 2 Cross Country State Championships on Saturday at Green Hill Park in Salem.

The Strasburg sophomore improved on how she performed last season and finished fourth in the girls race in a time of 20:10.1.

“It was a good race,” Keefe said. “I love this course to be honest. It’s so flat. It’s a lot different from (the) New Market (battlefield course). But it felt very fast for some reason. It was a good race. I came into the race not knowing where I’d be. I think I got seventh last year. So I was like I don’t know what new runners are going to be there. Or who’s been training really well. Or who’s going to pop up out of nowhere. To be honest I wasn’t expecting fourth, but I’m pretty happy with it.”

Keefe wasn’t the only local runner to have success on Saturday as Central’s girls team finished sixth overall.

Keefe said she was very nervous before the race, but she listened to music to calm her down. She said it also helped having Strasburg coach Brittany Cover and her teammate, Paige Hiserman, there with her.

Keefe said the toughest part of the race was the last mile.

“At two miles, I was like ‘I’m only at two miles?’” Keefe said. “’I have one more left.’ That last part was really challenging, but it helped me that I could see the finish line. So that kind of pushed me.”

Central was led by sophomore Asia Hoover, who finished eighth in a time of 20:54.2.

“I felt really happy,” Hoover said. “I was hoping for like top 20, but then getting top 10 is very exciting. ...I heard there was lots of fast runners here. So I was really scared.”

Central coach Melissa Wright said she was pleased with how Hoover ran in her first-ever state meet.

“Asia ran really well,” Wright said. “She got out fast at the beginning of the race, which is what we needed her to do. And she pretty much maintained that and moved up a little bit throughout the race. I think she ran a complete race from start to finish today. I’m very proud of her for being all-state.”

The Falcons finished sixth with 156 points, just four points out of fourth. Clarke County won the team event with 90 points, followed by Alleghany (101) and Floyd County (123). Central has a young squad with only one senior.

“We’re happy to be here, but happy to have competed well at this level today,” Wright said. “I’m pleased with the sixth-place finish. I’m very pleased. Hopefully it just ignites their fire a little bit more for our future going into next year.”

Hiserman finished 25th for Strasburg in a time of 22:10.2. Cover said she was proud of how both Keefe and Hiserman ran.

“Paige, I’m really happy for her,” Cover said. “Last year she did not finish here, so I’m very, very excited that she was able to move across the finish line this year. And I’m super proud of her. That’s all I could have wanted. ...Claire was awesome. That was great for her. I’m very, very excited for her. I’m very happy for her and where she placed. It was a good time for her.”

Mountain View sophomore Jordyn Foster finished 44th in the girls race with a time of 22:59.4. Mountain View senior Ethan Bly was the only local runner in the Class 2 boys race and he finished 84th in a time of 19:57.1. It was the third time Bly advanced to states in his four years.

“It was good,” Mountain View coach Mary Clanahan said of Foster and Bly. “I think (as a freshman he ran states at) Great Meadows (course) and then his sophomore year he was here. So to be able to come back this year it was good for him emotionally. Truly emotional for him to come back here. Jordyn was a surprise this year. ...Jordyn was here and we’ve got her and her (twin) sister (Jadyn) back. We’ll see how next year goes.”

Union won the boys team title with 47 points, followed by Clarke County (103) and East Rockingham (104). Glenvar’s Daniel Zeafross won the individual title in a time of 16:20.8.