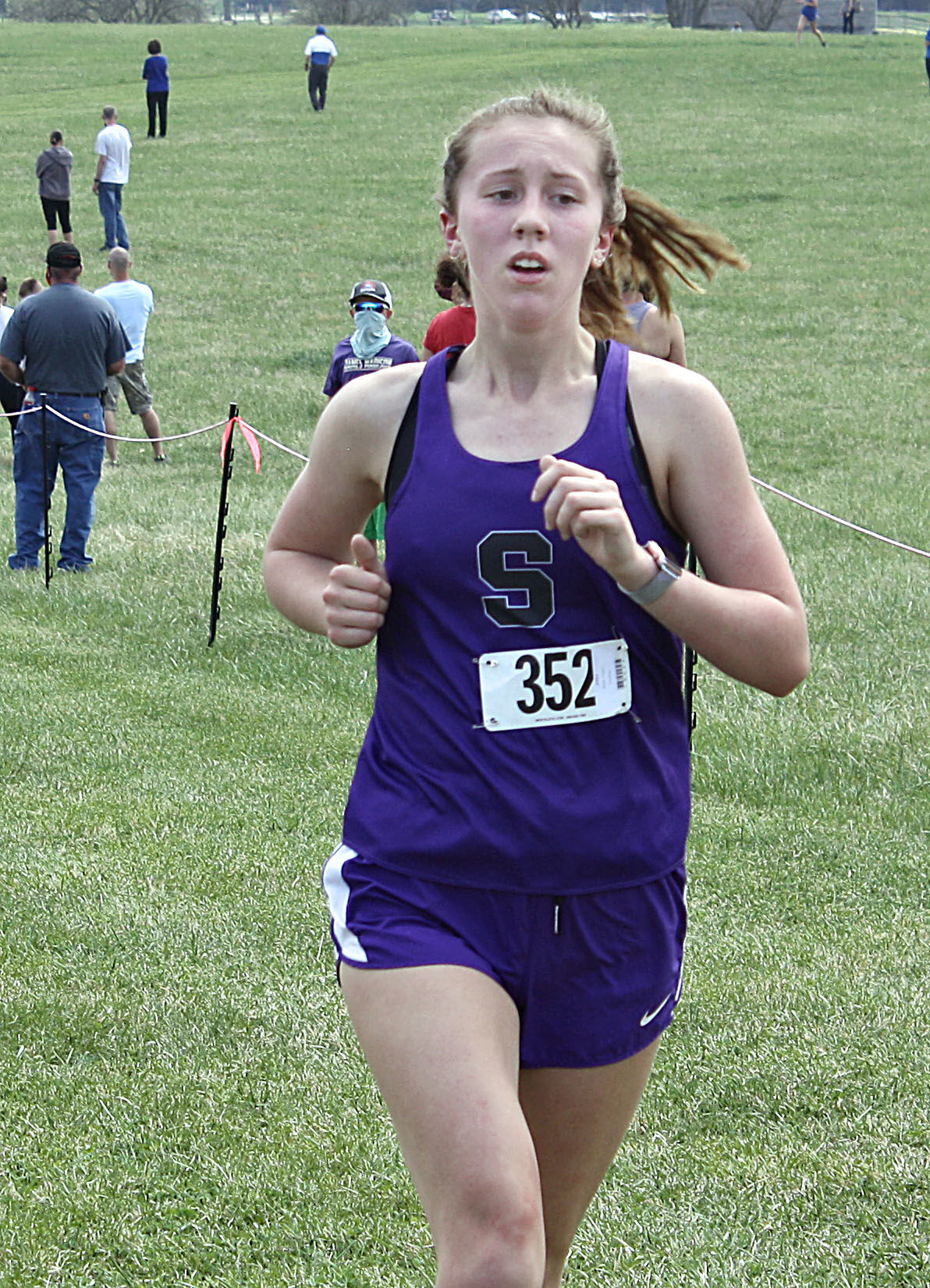 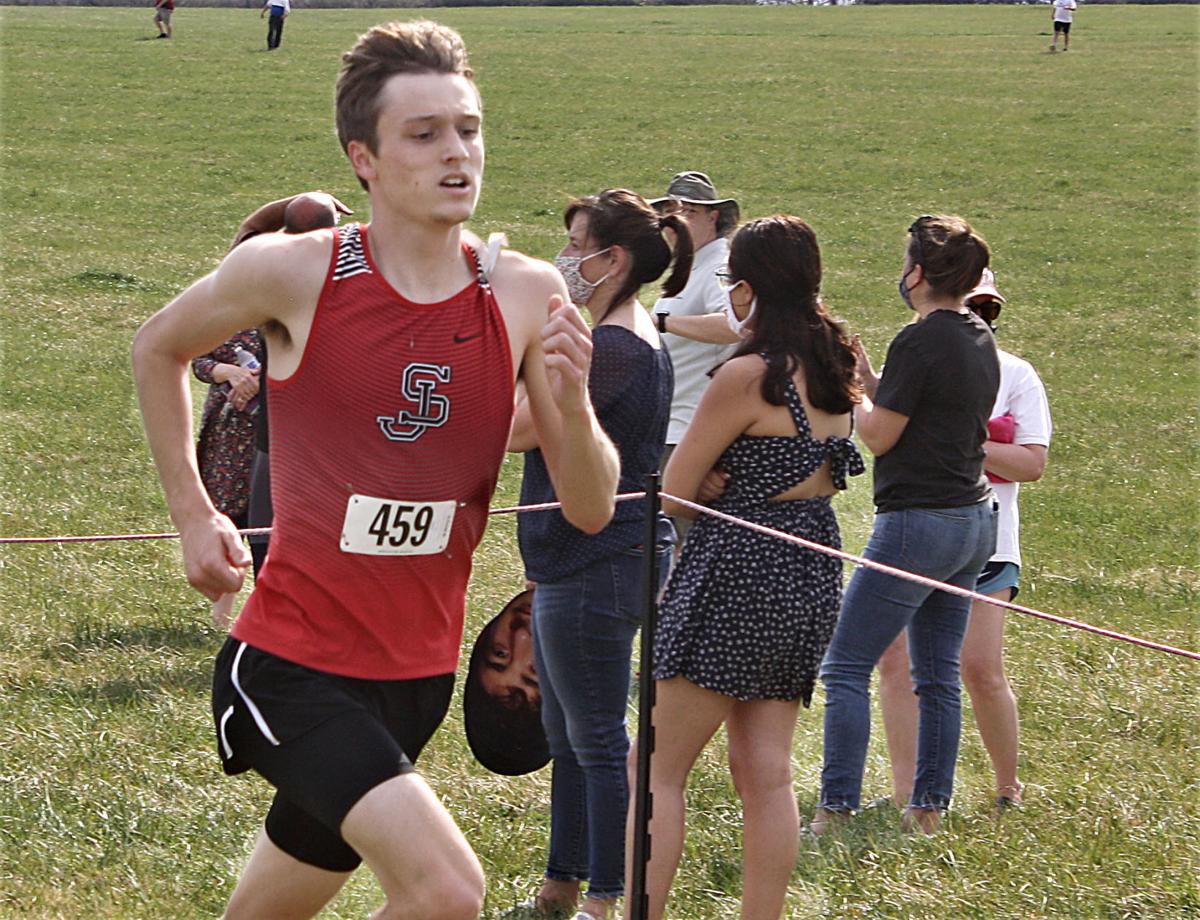 NEW MARKET – Strasburg’s Claire Keefe continued what has been a solid freshman cross country season on Wednesday afternoon with a third-place effort at the Bull Run District Championships at New Market Battlefield, the best finish among local girls and boys runners in the eight-team event that kicked off the start of the sport’s postseason.

Keefe crossed the finish line with a time of 23 minutes, 39.08 seconds in heat that hovered around 80 degrees – it was one of the hotter meets cross country teams in the area have competed in during the shortened pandemic spring season – to lead Strasburg’s girls to a runner-up finish.

“I’m very pleased with the place that I got,” said Keefe, who, along with her teammates, will get another crack at the New Market Battlefield course in next week’s Region 2B Championships. “We were going into the meet hoping to do a little better (as a team). It was tough. It was extremely hot today, this course is a little more difficult than other courses, but overall I’m glad that we got the place that we did and we get another chance to try our best to do better at regions.”

The Rams (89 points) were aiming higher than a second-place team finish on Wednesday but couldn’t keep pace with district champ Clarke County (67) after losing two of their top four runners mid-race. Strasburg did just enough to hold off Madison County (90) and Stonewall Jackson (92), and each of those teams joined Clarke in advancing to next Wednesday’s regional meet.

Strasburg’s girls placed two runners among the top 10 – freshman Macy Smith finished seventh with a time of 24:51.34 – but had their title aspirations dashed when freshman Paige Hiserman suffered a mid-race injury that left her on crutches afterward and junior Regan Robinson succumbed to the heat after the first mile, head coach Jeff Rudy said.

“We were really excited to see the back end of our team step up,” Rudy said. “(Madelyn) Kennedy, Bethany Daniels and Lily Bowman really sort of pulled things together late in the race and allowed us to advance. It’s exciting to see the depth that we have on our team.”

Stonewall’s girls had a pair of all-district performances – a status reserved for the top 15 individuals – on Wednesday, led by senior Eli Dellinger’s sixth-place finish with a time of 24:49.14. Junior Jazmin Vasquez-Joaquin placed 13th (26:40.18).

“They’ve basically led the team the whole season,” Generals head coach Mary Clanahan said. “They’ve done a great job this whole season. We inherited five girls off the swim team, so basically they went to the state (swim) meet and when they weren’t doing swim practice, they were doing cross country practice when we did that switch-over. That in itself helped us. We had two freshmen running this year, the Foster girls. Unfortunately, one of them (Jadyn Foster) had difficulties with the heat today, but she’s been running up as our No. 3 runner, so that would’ve been a possibility of getting possibly three up there (in the top 15) today.”

In the boys race, Stonewall senior Zach Wine led the way with an eighth-place finish in a time of 21:00.79 and was the only local runner to earn all-district honors.

“I’m really glad that we moved on as a team,” Wine said. “I didn’t know if we were going to or not today because I know Ethan (Bly) didn’t finish the race because he hurt his knee, and today was just really hot. I don’t think anybody had a good race.”

“I was thinking I was gonna get another guy in there (in the top 15), but that’s OK, we’re happy with what we had,” Clanahan said. “The kids have trained hard. They’ve been, emotionally, through a lot this season, of course losing a runner (Martin Hernandez to cancer) at the beginning of the season. They’ve just really knuckled down and said, ‘Hey, we want this.’”

“The season has been very, very unique in everything,” Rudy said. “But within the day there was some very good racing going on. Claire did a fantastic job. She’s growing as a high school runner meet by meet and week after week. It’s exciting to see her mature as an athlete.”