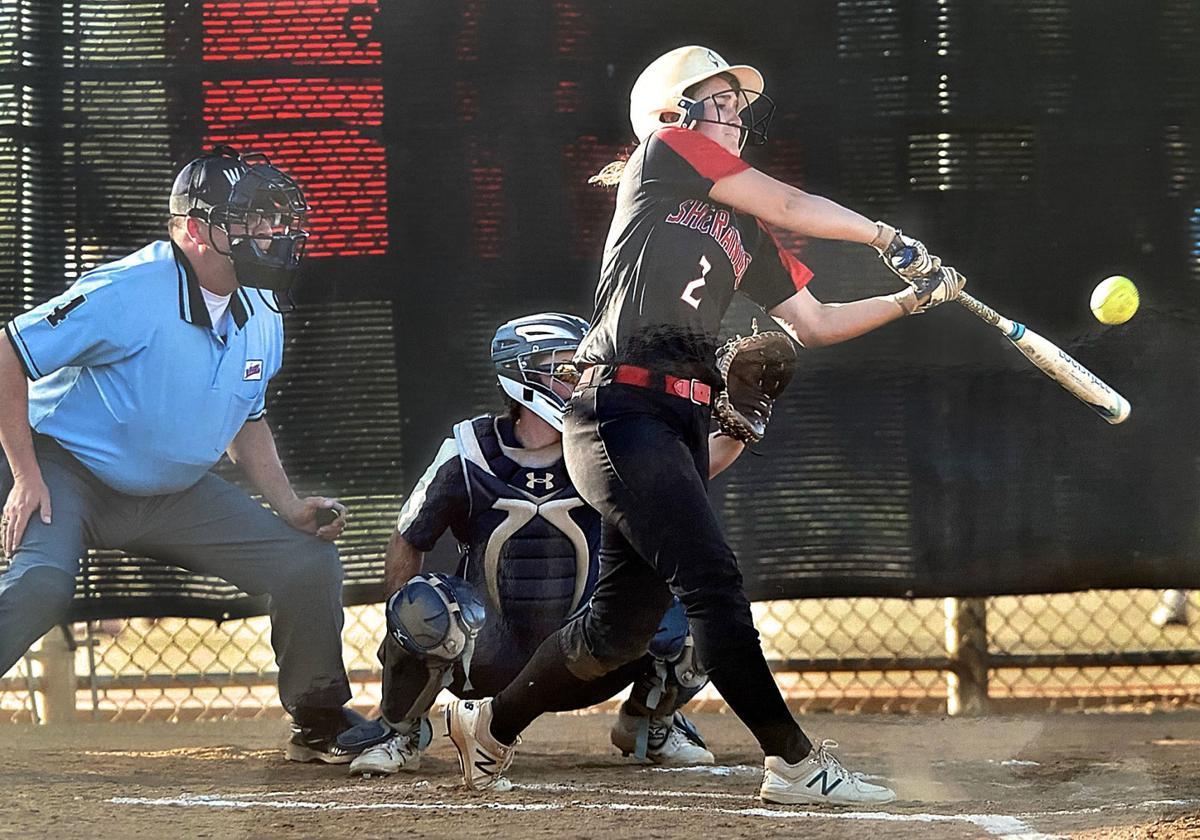 Sherando senior Sierra Strosnider brought power to the plate for the Warriors during her softball career. 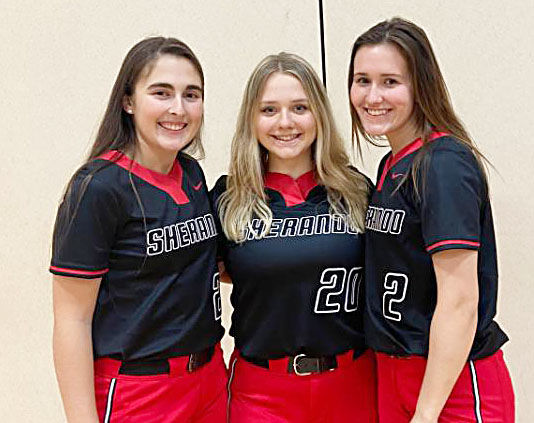 Sherando seniors, from left, Blake Conner, Lauren Smith and Sierra Strosnider are part of a 2020 senior group that left a mark on the Warriors’ softball program.

Sherando senior Sierra Strosnider brought power to the plate for the Warriors during her softball career.

Sherando seniors, from left, Blake Conner, Lauren Smith and Sierra Strosnider are part of a 2020 senior group that left a mark on the Warriors’ softball program.

All seven seniors on Sherando’s softball team had either already cemented themselves in major roles within the program during previous seasons or were in a spot to make meaningful contributions in 2020. Three, in particular, have etched their names throughout the Warriors’ record book.

Center fielder Blake Conner and shortstop Sierra Strosnider have each been prolific at the plate since joining the varsity squad as freshmen in 2017, and head coach Clarence Smith said recently that both rank “way up there” in Sherando’s record book in career hits, doubles, home runs, RBIs and runs scored and had the chance, between the two of them, to finish in the top five in every major offensive category this spring.

That trio won’t get the chance to climb the program’s all-time list after COVID-19 brought the 2020 season to a halt, but each said they felt the seniors had left their mark, regardless, on Sherando softball.

“Yeah, definitely,” Strosnider said. “All of the seniors, we always looked to be leaders for the younger ones, set an example on and off the field. I think we did a really good job. I think we helped shape the team and I just think we were really beneficial.”

Conner, Smith and Strosnider make up only part of a large group of seniors who were prepared to close out their softball careers at Sherando, a list that includes backup pitcher Jazmyn Long, catcher Veronika Lord and outfielders Faith Salyers and Morgan Ziviello.

Lauren Smith said what Conner and Strosnider have done for the program is “incredible,” but added that the rest of Sherando’s seniors are right up there.

“There are so many to remember, you can’t forget them. Everybody has made an impact,” she said. “Coach Smith talks about it a lot, how we all have our role on the team, whether it be, for me it’s pitching, or Blake with her bat and playing the best center field that I’ve ever seen, Sierra just being lights-out at shortstop. Everybody has their role on the team and it’s just, it’s incredible.”

Conner said she and Strosnider have a particularly close friendship but added that she has grown close to all of the seniors on the softball team.

“I made a lot of close friends through Sherando, learned a lot more softball stuff from all the various coaches that I’ve had through there,” Conner said. “... They just taught me softball stuff and stuff outside of softball that I will take with me for the rest of my life.”

Lauren Smith noted that most of those seniors grew up playing Little League together, adding that she appreciated the chance to play high school softball with a group of girls that became a family on the diamond.

“I feel like we helped create that atmosphere on the team of ‘we’re a team, we can’t fight against each other, we need to work together,’” Lauren Smith said. “The bond between all of us was great. We’re all friends. We all talk outside of softball, and some of us have classes together. We were all just really close and I definitely think that helped the team to perform better in the long run.”

Of all the games Sherando’s seniors played together during their varsity careers, Conner, Smith and Strosnider all said the Warriors’ battles with Frederick County rival James Wood are the ones that play on repeat in their memories.

For Lauren Smith, last season’s 3-1 win over the Colonels at home — during which Sherando scored the tying run in the bottom of the seventh inning and walked off with a victory on Ashton Clark’s two-run homer in the eighth — stands out most. Smith struck out a career-high 13 batters in that win.

Clarence Smith has his own specific memories of each of Sherando’s seven seniors.

He recalled Lauren Smith’s one-hitter she twirled against Fauquier two years ago in a must-win game. He spoke of the time Conner hit two home runs in one inning, and of her diving catch to end the aforementioned one-hitter. He remembered Strosnider making plays at shortstop that other girls don’t typically make – an over-the-shoulder catch on a flare down the left-field line to help Sherando escape a bases-loaded jam against James Wood came to mind – and the homers off her bat that often induced “oohs and ahhs.”

Clarence Smith said Lord hit safely in 20 straight games last season, a “pretty remarkable streak that I’ve never seen before.” Salyers, Smith added, had a chance to become an everyday starter for the first time this spring and put in the extra work to make sure she was penciled in as the Warriors’ starting left fielder.

Of Long, Clarence Smith said the pitcher’s status for her senior season was in question due to a shoulder injury but she delayed doctor visits and potential surgery to have the opportunity to play her senior season. And Ziviello, who is joining the United States Air Force after high school, Clarence Smith said, was a junior-varsity player as a junior last season but put in a “ton of work” on her swing to make the varsity squad as a senior.

“I just feel bad for the kids who aren’t gonna get that one last shot, because out of our seven seniors, only one (Conner) is going to play in college,” Clarence Smith said. “The other six were looking for this to be their last hurrah. We’ve got five of them going to college and then one going into the military, and they’re missing out on that.”

Though they’ve likely played their final softball games, Lauren Smith and Strosnider both said they feel fortunate to have spent the past four years as members of Sherando’s softball team and wouldn’t trade the experience “for the world.”

“I made a lot of friendships on that team,” Strosnider said. “Coach Smith … really helped further my athletic ability and also taught me lessons that I can apply in my life off the field. He basically helped me grow as a person and a player as well, so I definitely owe that to him.”

The biggest life lesson Lauren Smith learned during her Sherando softball career also should be useful as she and her fellow seniors cope with the ramifications of the COVID-19 pandemic.

“I think perseverance is probably the biggest lesson I’ve learned,” Lauren Smith said. “I had to come back from an injury (as a sophomore), and so that happened and I just realized that there are so many people around me and I need to be able to help them, they’re counting on me and just pushing myself through that.

“Perseverance is just everything,” she added, “in sports and in life.”